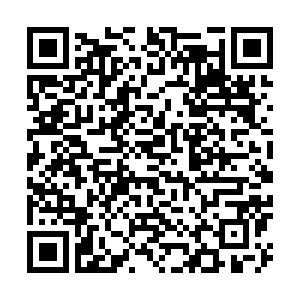 • Finland has joined Sweden and Denmark in pausing the use of Moderna's vaccine for younger males after reports of possible rare cardiovascular side effects. The Swedish health agency said it would pause using the shot for people born in 1991 and later as data pointed towards an increase of myocarditis and pericarditis among youths and young adults who have been vaccinated. The conditions involve an inflammation of the heart or its lining.

Mika Salminen, director of the Finnish health institute, said Finland would instead give Pfizer's vaccine to men born in 1991 and later, adding: "A Nordic study involving Finland, Sweden, Norway and Denmark found that men under the age of 30 who received Moderna Spikevax had a slightly higher risk than others of developing myocarditis."

Swedish and Danish health officials announced Wednesday they would pause the use of the Moderna vaccine for all young adults and children, citing the same unpublished study.

Norwegian health officials had already recommended men under the age of 30 opt for Pfizer's vaccine.

• The AstraZeneca COVID-19 vaccine has reached the Antarctic, almost a year after it was first rolled out. It was flown in this week to immunize 23 staff members who have been working in the British Rothera research station throughout the winter to keep it running. This is the most southerly dispatch so far for the jabs from Oxford University. Apart from some cases at a Chilean base, Antarctica has been mostly coronavirus-free and the hope is to keep it that way.

• Germany's healthcare system could face a double burden from influenza and COVID-19 during fall and winter, said Robert Koch Institute (RKI) President Lothar Wieler during a press conference. While it is difficult to predict how a severe flu epidemic would turn out, Wieler is expecting that COVID-19 cases in Germany will increase over the coming months.

• Georgia has reported 2,410 new cases, taking its total to 623,830, according to the country's National Center for Disease Control and Public Health. The death toll is 9,134.

• Ministers in Northern Ireland are to meet later to decide whether to lift some of the remaining restrictions on the hospitality sector. Social distancing of at least 1 meter remains a legal requirement in pubs, bars and restaurants but the industry has argued the rules are damaging trade. Any changes will begin most likely on October 14.

• France's health authority said in a statement it is recommending a third vaccine booster shot for health workers.

• Seven months after the second dose, there is no reduction in the efficacy of COVID-19 mRNA vaccines in the general population in Italy, while a slight decline is seen for some specific groups, according to the country's National Health Institute.

• Poland is preparing to increase the number of beds available to coronavirus patients from 17,000 to 18,000 in the near future and to 12,000 in the next 24 to 48 hours, according to a spokesman for the Health Ministry. Wojciech Andrusiewicz told Radio Plus: "Other patients will not be affected." CGTN Africa: Half of Afghans under 5 face severe malnutrition