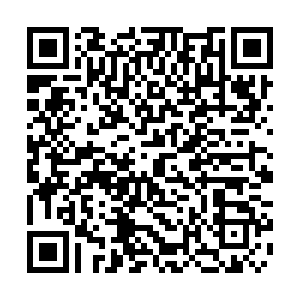 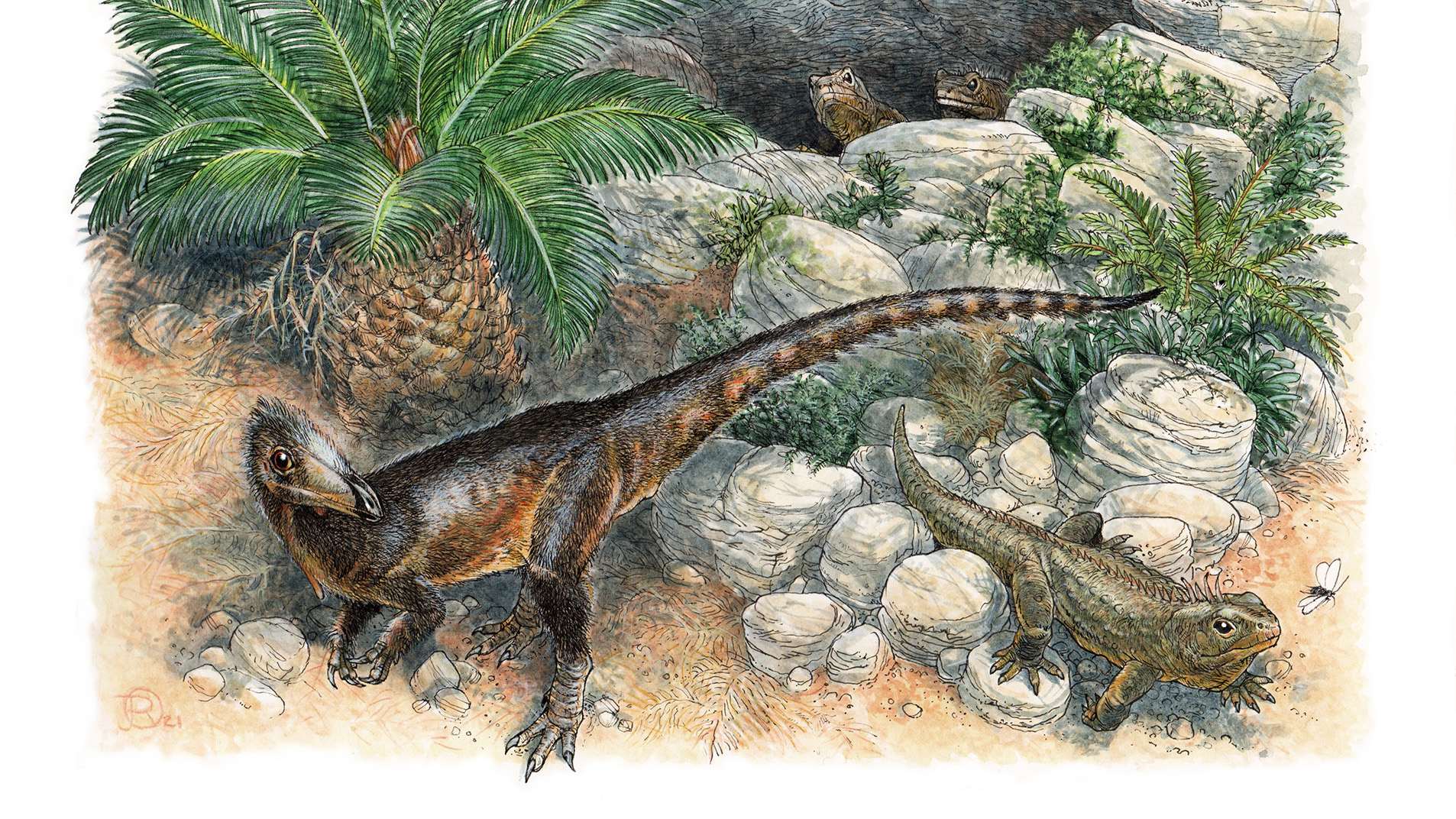 An artist's impression of what Pendraig milnerae could have looked like while alive. /James Robbins

An artist's impression of what Pendraig milnerae could have looked like while alive. /James Robbins

The UK's oldest theropod dinosaur – a group that includes the famous T-Rex – was found in Wales, and its remains show it was around the size of a chicken.

The new species lived between 200m and 215m years ago, around the time when the first meat-eating dinosaurs took their first steps, and was only around a meter long.

It has been called Pendraig milnerae, in part a reference to the Middle Welsh word for "Chief Dragon," Pendraig, because the dinosaur was probably an apex predator in the area when it was alive.

The second half of its name, milnerae, is in honor of one of the researchers behind its rediscovery, Angela Milner.

The discovery and classification of Pendraig milnerae was not a linear story. It was first discovered in a quarry in south Wales in the 1950s.

It was then miss-categorized as another dinosaur altogether before it was then lost, found again, and then reanalyzed.

Milner, who died on August 13, 2021, was the person who originally relocated its bones in a "drawer with crocodile material." 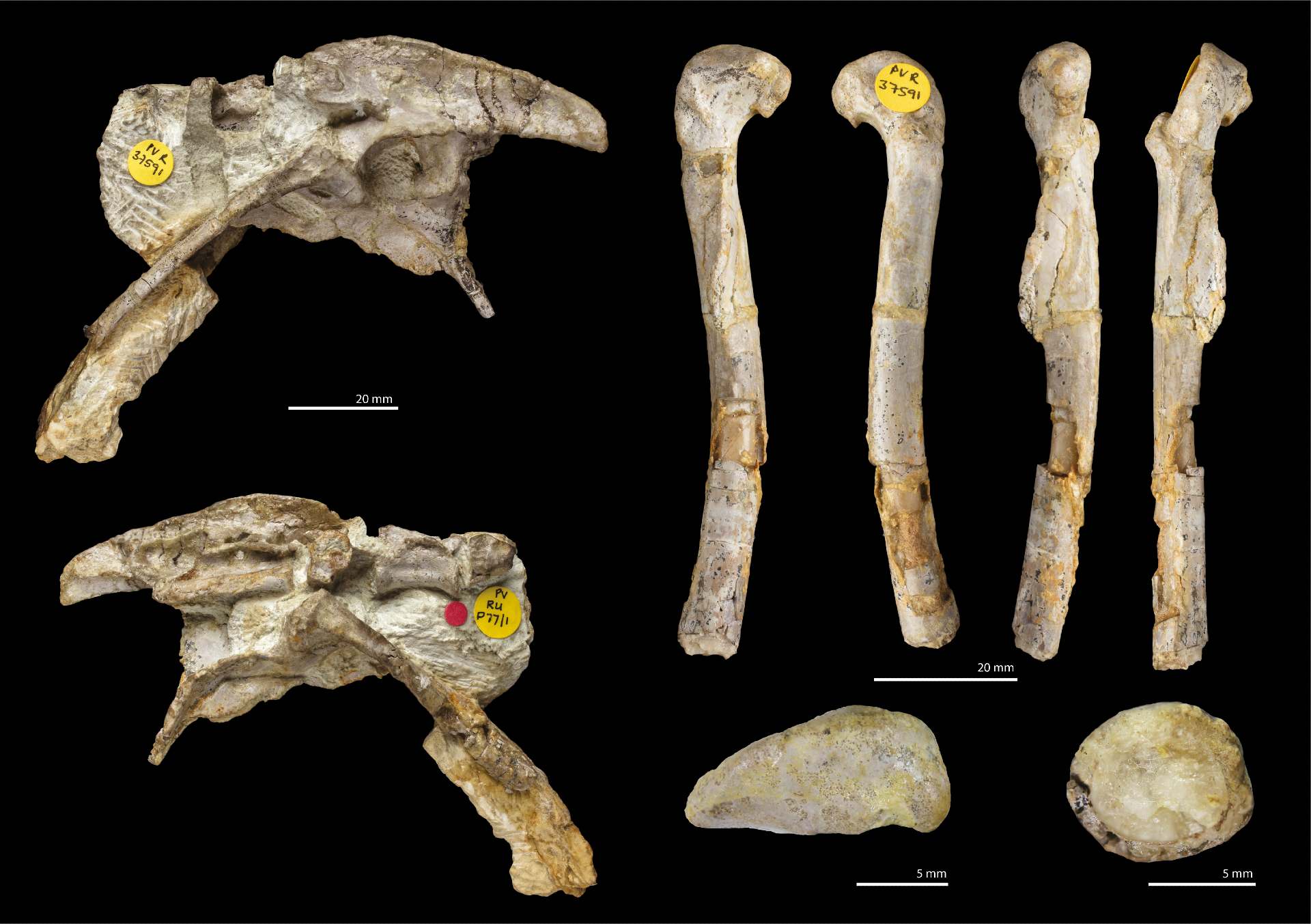 The bones that led to the reclassification of Pendraig milnerae. /Natural History Museum

The bones that led to the reclassification of Pendraig milnerae. /Natural History Museum

This discovery that Pendraig milnerae was another species altogether could be evidence for "island dwarfism" among the dinosaurs in the area.

"The area where these specimens were found was most likely an island during the time period in which it lived," said Stephan Spiekman, a research fellow at London's Natural History Museum, who was the first author on the paper about the discovery.

"Species that live on islands often tend to become smaller than those on the mainland in a phenomenon called island dwarfism."

Though he noted the dinosaur was not fully grown when it died. And because of this, it could have potentially grown bigger later, limiting researchers' ability to fully analyze its size.

Dinosaur remains are rare in Wales. The Pendraig milnerae is only the third dinosaur species found in the country.