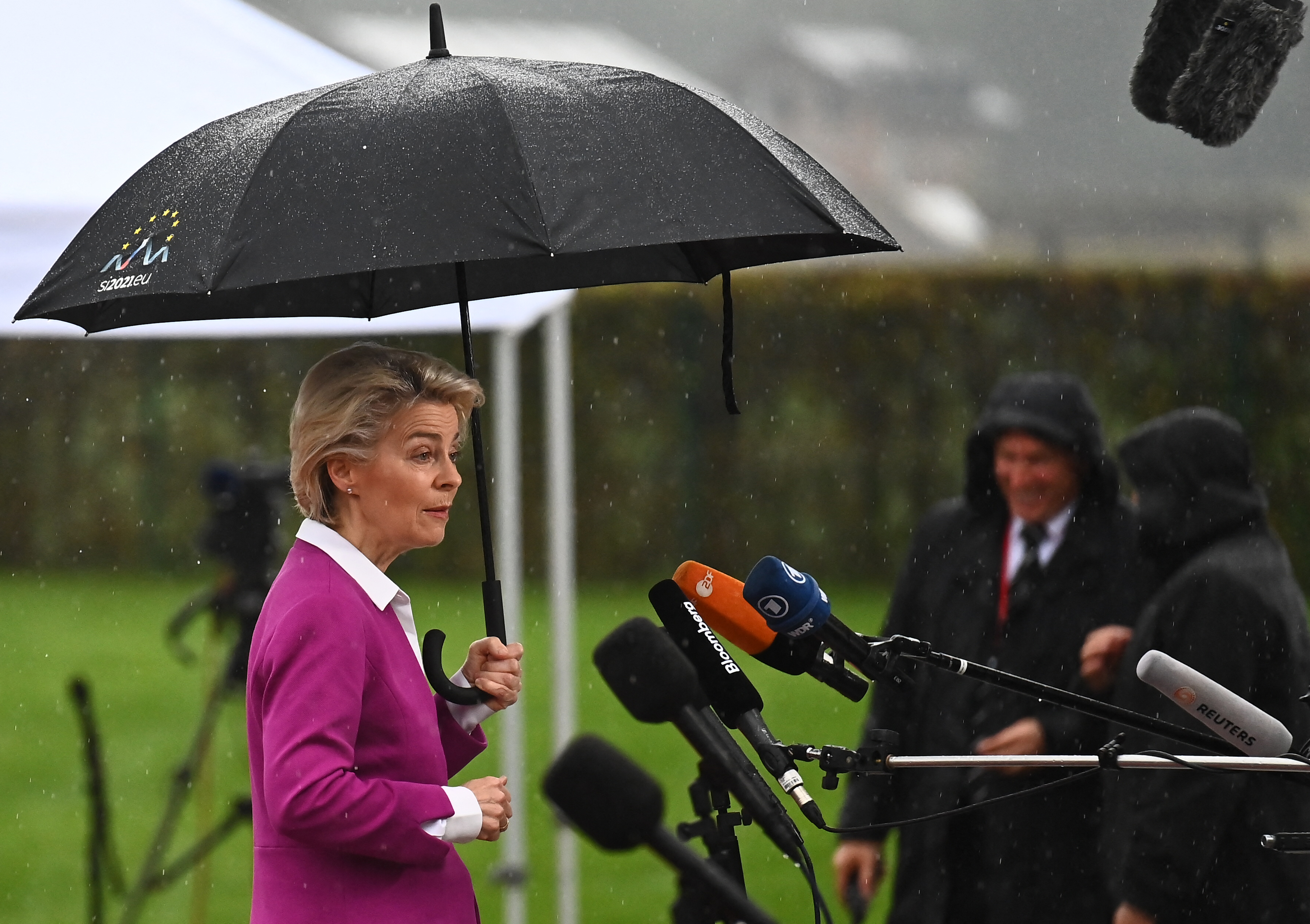 President of the European Commission Ursula von der Leyen sought on Wednesday to reassure the six Balkan membership hopefuls that they are family that would one day join the European Union, after cooler comments from member states fearing a backlash at home over migration.

After weeks of deliberation, EU leaders will agree a summit declaration restating an 18-year-old promise of future membership to Serbia, Montenegro, Bosnia-Herzegovina, North Macedonia, Kosovo and Albania if they fulfil the criteria.

But with the "enlargement process" blocked by various disputes both in Brussels and in the region, many in the Balkans feel the EU declaration is an empty statement. Von der Leyen tried to dispel that.

The EU is by far the biggest foreign investor and trade partner of the six countries and regions that emerged from the break-up of Yugoslavia and the ethnic wars of the 1990s.

But an attempt by EU presidency chair Slovenia to make 2030 a target date for the six hopefuls to join was unsuccessful and the bloc has also failed to make good on promises that are tangible to citizens, such as visa-free travel for Kosovo.

'This is our backyard'

"It has been a great injustice, a lack of fairness towards citizens of our country," Kosovo's prime minister Albin Kurti said as he arrived at the summit, noting that five EU states still did not recognize Kosovo's 2008 independence from Serbia.

"I advocate for a lack of fear on the EU's side and a lack of bitterness on the side of the Balkans," he added. "I am still hopeful."

He is due to meet Serbia's President Aleksandar Vucic with France's leader Emmanuel Macron and Germany's Chancellor Angela Merkel later on Wednesday.

Following a dinner on Tuesday at Brdo Castle near the capital Ljubljana that focused on the EU's strategy towards China, Afghanistan and the U.S., several EU leaders said foreign policy should start at home in the Balkans.

"We spoke at great length about the role of Europe ... Here is an example of where, if we want to make Europe stronger and also extend our geopolitical influence, this is our backyard," Latvia's Prime Minister Krisjanis Karins told reporters, a view that was also shared by Austria's Chancellor Sebastian Kurz.

"If the European Union does not offer this region a real perspective, we have to be aware that other superpowers – China, Russia or Turkey – will play a bigger role there. The region belongs to Europe geographically and it needs a European perspective," Kurz said.

Northern countries such as Denmark, France and the Netherlands fear a repeat of the rushed accession of Romania and Bulgaria in 2007 and the poorly managed migration of Eastern European workers to the UK that turned many Britons against the EU. Bulgaria is against North Macedonia joining because of a language and cultural row over shared history.

A French presidential adviser told Reuters that Paris wanted to "oil the wheels" of the enlargement process and set it back on course, helping to overcome regional disputes.