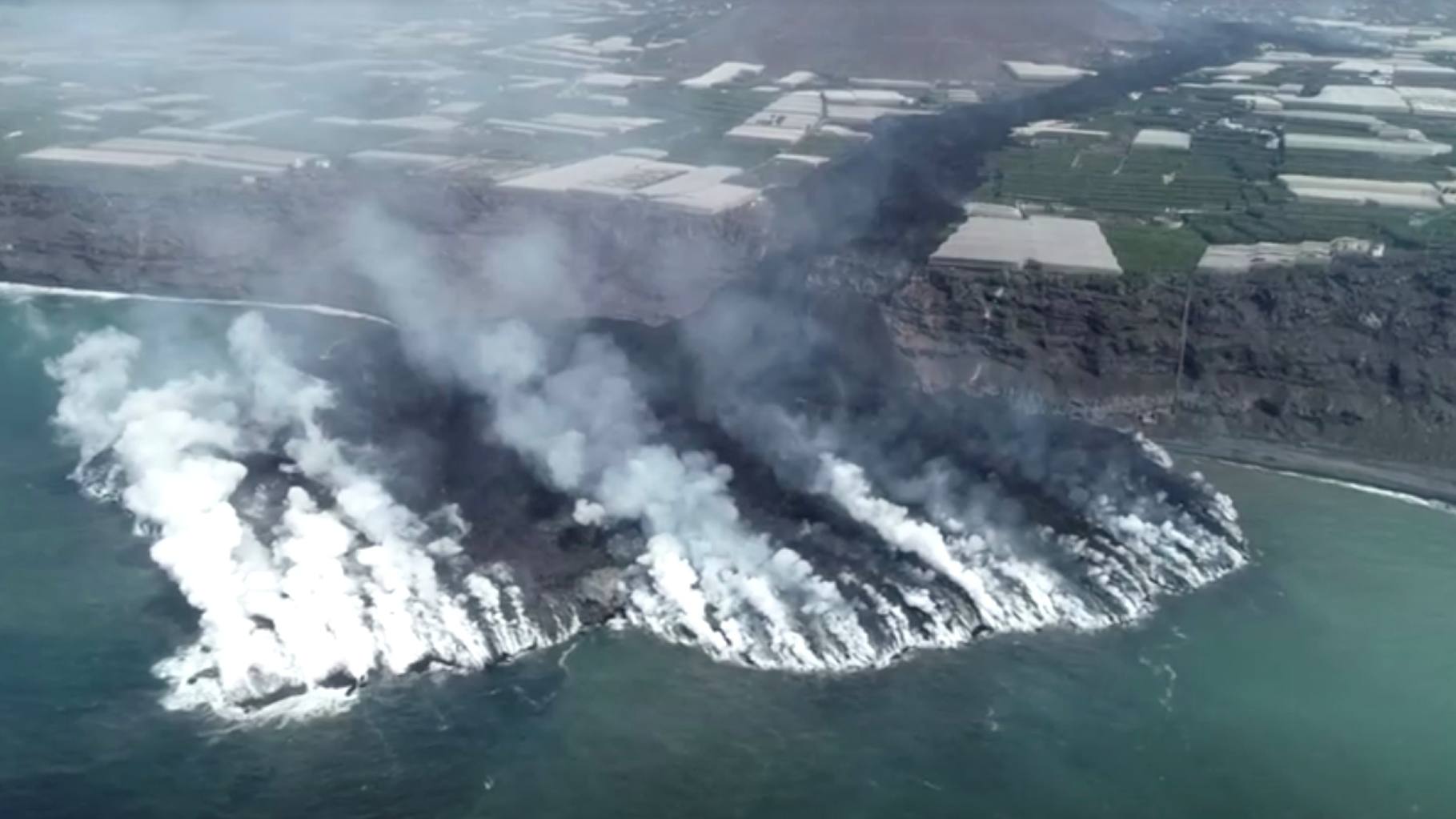 The eruptions began almost two weeks ago and have shown no signs of slowing down, Cumbre Vieja has left a devastating trail.

So far, more than 600 buildings have been destroyed and more than 6,000 people have had to evacuate. Thankfully, no lives have been lost.

The lava reached the sea earlier in the week, which has caused a chemical reaction with the cold water to produce toxic gases and particles that have been released into the atmosphere.

Fire Fighters have been concerned about the air quality, as potentially dangerous levels of both chlorine and sulphur are now being registered.

Ruben Fernandez is the Technical Director of Volcano Risk Prevention Plan (Pevolca), he says it's almost certain the authorities will have to impose a lockdown for residents similar to the one brought in during the pandemic

"We're likely to impose measures to restrict people's movement outdoors. This is aimed at protecting the population. The smell of sulphur, the smell of rotten eggs, will probably be more intense throughout the valley and its surroundings."

Eruption could last weeks... or months

Estimates vary on how long this eruption will last. Scientists believe it could range anywhere from three weeks to three months. The last time La Palma witnessed volcanic activity was 50 years ago and that was a short eruption. The residents will be hoping history repeats itself.

The Spanish government has pledged emergency help for those who have lost everything. They have offered $12 million to the island, about half of which will go towards rebuilding houses for those left homeless. But that figure would likely have to increase if the eruptions spread.

Rosa Maria Mateos from the Geological and Mining Institute of Spain told CGTN that Cumbre Vieja's destructive threat was far from over.

"This volcano has been hard to predict. Right now, there is a new fissure opening on the north side. So we may see lava flowing in a different direction. That would be a very bad turn of events, lava would then spread to new areas, causing more destruction."

The unpredictable nature of the Cumbre Vieja eruption has had a devastating impact on the lives of its residents. The physical, economic and psychological damage could be felt for years to come.