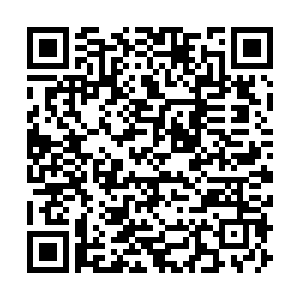 A serial killer suspected in some of France's oldest unsolved cases has been found dead after evading police for 35, just as authorities were closing in on his identity.

The man, nicknamed "Le Grele" ("pockmarked"), had been wanted by police since the 1980s for the murder and rape of young girls, but was never caught.

He was wanted for a list of crimes committed in the 1980s and '90s, including rape of minors, murder, attempted murder, armed robbery and kidnapping of minors, Paris prosecutor Laure Beccuau said in a statement late Thursday.

The man, identified as Francois Verove, committed suicide in a rented apartment, leaving a written confession, a source close to the case told AFP.

In the most notorious case, he was suspected of raping and murdering an 11-year-old girl named Cecile, who was found dead in the basement of the building where she lived in the 19th arrondissement of Paris.

He is also believed to have strangled a couple to death in the central Marais district of the capital in 1987.

Over the years, investigators came to believe the suspect may have been part of the Gendarmerie – armed forces in charge of internal security – at the time of the crimes and established a DNA profile of him.

In recent months, an investigating magistrate had begun questioning around 750 gendarmes who had been deployed in the Paris region at the time.

One of them was Verove, a 59-year-old man living in the south of France, who was sent a summons on September 24 but then was reported missing by his wife three days later.

He was found dead on Wednesday in Grau-du-Roi, a fishing village on the Mediterranean coast, a prosecutor's statement said.

He was a former gendarme, who later became a police officer and then retired, it said.

Police took a DNA sample from the body and found that it matched the genetic profile found at several of the crime scenes.

According to local media, Verove mentioned "past impulses" in a letter he left behind, which he had since brought "under control" and said he had committed no crimes after 1997. The murder confession contained no specifics, they said.

In 1986, police had published a police sketch based on witness statements that showed a man of around 25 years old, six feet tall with light-brown hair, and with visible traces of acne on his face.

A lawyer for Cecile's family, Didier Seban, thanked police for their work but also told AFP it was "painful to know that the criminal took his secrets with him."

According to the Parisien newspaper, Verove is also the suspect in another murder near Paris, of 19-year-old Karine Leroy, in 1994 in the city of Meaux.

In Prades-le-Lez, a large village north of Montpellier, Francois Verove has been remembered as a "pleasant" and "rather sympathetic" man, involved in local political life. And yet he was "Le Grele," a wanted serial rapist and killer since the 1980s.

"If you had asked me the question two or three days ago, I would have answered you that I kept an extremely positive image: someone cordial, serious, who kept his commitments," the former mayor of the village, Jean-Marc Lussert, told AFP. He added the ex-gendarme as a running mate in the municipal elections of 2014.

Verove, who had also belonged to the police until a motorcycle accident on duty, was not elected. But he finally joined the city council in 2019, until the end of the legislature in 2020, after the resignation of several councilors.

He then moved to La Grande-Motte, a seaside resort near Montpellier and had not been a candidate for the last municipal elections.

He "represented the Republican right," said Lussert, noting his "total surprise" and his "incomprehension" after the revelations about his former running mate. Adding: "He was a bit fussy, he insisted on respecting the rules; parking for example. He applied them himself and that seemed logical to me for a former gendarme," he added.

The news quickly spread throughout the community he once represented on Friday.

"It's scary to know that he was there. And besides that he was active at the town hall," say Veronique and Sylvie, two childminders approached while they were walking young children in the town.

Verove "did not give off the image of someone nasty." He "was rather nice," remembers Patrick Idelman, who had rubbed shoulders with him while he was covering local politics for the daily Midi Libre. "He was an interesting person, who had ideas on municipal information, on social networks," added the former correspondent.