Download
What are the policies of the parties that will form Germany's new coalition?
Giulia Carbonaro 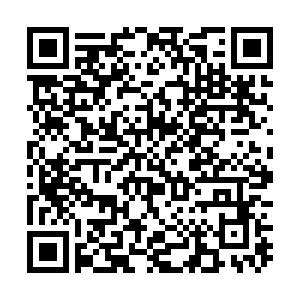 The end of Angela Merkel's reign at the top of German politics has been signed off with her conservative Christian Democratic Union (CDU) party posting the worst election results in its history.

In a narrow victory, the Social Democratic Party (SPD) captured 25.7 percent of all votes against the CDU's 24.1 percent, it now appears that the future of Germany will be determined by how strong a coalition the SPD can build.

Both parties are likely to court the same coalition parties – the Greens, who won 14.8 percent of the votes, and the Free Democrats, who won 11.5 percent.

SPD candidate Olaf Scholz had made clear his party will try to enter into a coalition with these two parties.

"A social, environmental, liberal coalition does have a past here in Germany, there's a tradition we can build on and it's what we need to do if we can tackle the challenges of the future," Scholz told reporters. Traditionally, the SPD has stood for workers' rights and social justice, though it's not clear exactly what its candidate Olaf Scholz, who presented himself as Merkel's successor in maintaining stability and economic growth in Germany, stands for.

It's in the industrial region of western Germany, like North Rhine-Westphalia and Hesse, that the party counts its most loyal following. One of the key promises made by Scholz during his electoral campaign was raising the minimum wage to $14.

During the electoral campaign, the party has presented itself as the one able to carry Germany forward in the challenges of the future: digitalization, mobility and climate change.

On climate policies, the SPD's goal is to ensure only renewable energy sources provide power by 2040, discourage air travel while making rail more appealing and practical, and phasing out coal by 2038. The leader of the CDU party and chancellor candidate Armin Laschet failed to be recognized by voters as Angela Merkel's successor. /Ina Fassbender/AFP

The leader of the CDU party and chancellor candidate Armin Laschet failed to be recognized by voters as Angela Merkel's successor. /Ina Fassbender/AFP

It's traditionally been the party of choice for Christian conservatives, the over-60s and those living in rural areas of the country. During his electoral campaign, CDU chancellor candidate Armin Laschet ruled out cutting taxes to promote economic recovery after the pandemic and called for the reinstatement of the EU's pre-pandemic budget rules.

In regards to climate policies, Laschet was criticized by both the Greens and the SPD for his lack of ambition, as the CDU candidate reportedly said during his campaign that pursuing green policies too quickly would threaten jobs and cause instability in Germany.

The CDU is firmly committed to the target of reaching climate neutrality by 2045, phasing out coal-fired power generation by 2038 and expanding renewable energies. Co-leader of Germany's Greens and the party's chancellor candidate Annalena Baerbock and co-leader Robert Habeck will likely be able to set out their conditions to join any coalition. /Tobias Schwarz/AFP

Co-leader of Germany's Greens and the party's chancellor candidate Annalena Baerbock and co-leader Robert Habeck will likely be able to set out their conditions to join any coalition. /Tobias Schwarz/AFP

Support for the Green Party has grown significantly in recent years, peaking with this year's electoral result that set them right after the SDP and CDU. The party's voters include the well-educated, well-off urban population, but they struggle to reach lower-income voters.

While the SPD and CDU suffered significant losses at the 2019 elections, the Greens experienced a surprising surge in support, especially from young voters concerned with the climate crisis.

Unsurprisingly environmentalism remains at the core of this party, while other policies regarding taxes and social issues set them to the left of politics, with the Greens calling for higher taxes for top earners.

Greens want to accelerate the energy transition and bring about an earlier exit from coal in 2030, eight years before the current end date. They also call for bigger investments in renewable energy.

It's likely that the issue of public debt will make a coalition with the FDP an uncomfortable union: the Greens want to loosen the limit on debt to allow $585 billion of extra spending over the next 10 years.

The neoliberal, pro-business Free Democrats (FDP) gained 11.5 percent of the votes, ranking as the fourth party after SPD, CDU and the Green Party.

They stand for business first, though they're socially less conservative than the CDU. They want climate protection but they're opposed to raising taxes that would harm businesses.

Unlike the Greens, the FDP is unwilling to bring forward the coal deadline and increase taxes, and it's more likely to suggest market solutions to the climate crisis.

Around the controversial issue of debt, the FDP wants to stick to a constitutional debt brake that does not allow deficits to exceed 0.35 percent of gross domestic product.

Its policies aim to bring forward the digitalization of the country, a much-discussed necessity for Germany, where a subpar digital network and redundant, dysfunctional bureaucracy have been laid bare by the crisis triggered by the pandemic last year.