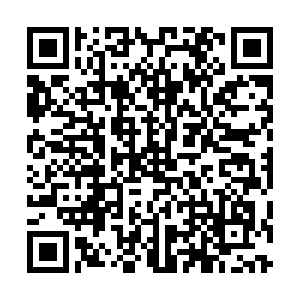 The auto industry is at the heart of the German economy - but in recent years, brands like BMW and Volkswagen have become more focused on sales in Shanghai than Stuttgart.

China has become a lifeline for Germany's top automakers as profits in Europe have slumped. During the first wave of the COVID-19 pandemic, third-quarter sales from China offset major losses in Europe and North America.

In 2020, more than one in three German-made cars were sold in China. Brands like BMW and Mercedes are increasingly focused on appealing to China's growing population of affluent consumers.

"Chinese customers are tech-savvy, they're smart, they know what they want. It's also a bellwether for us where technology is going," Daimler's CEO Ola Källenius told CGTN Europe.

"China is the biggest automotive market in the world and it's the most important market for us," he added.

However, success abroad has been met with ambivalence at home. Some economists fear the current relationship is not sustainable in the long term.

"At the very top level of the management, I think there's much concern about the role China plays and the future competitors that will come from China producing [its own] cars," said Juergen Pieper, an auto industry analyst at Bankhaus Metzler.

Chancellor Angela Merkel pushed to strengthen German-Chinese business cooperation during her four terms as Chancellor. She told lawmakers that common trade and investment commitments would help align the two nations.

Her state visits often included tours of the dozens of factories for German brands like Volkswagen operating across China. In her last year in office, Merkel changed her tune and urged German companies to look to other markets to minimize risk.

"Around three-quarters of our Asia exports go to East Asia. Half to China alone. In view of this, there are still many opportunities for diversification and the development of additional markets throughout the Asia-Pacific region," Merkel said at a business conference in October 2020.

The future of auto industry cooperation will depend significantly on the composition of the next government in Germany.
Left-leaning parties have called for a reassessment of Germany's ties with China, with some threatening to put business deals on the back burner while other sensitive issues are discussed.