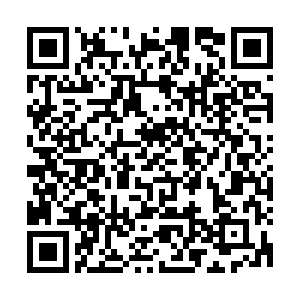 As the UK struggles with a gas crisis and prices surge in Europe, Hungary has secured a long-term supply deal with Russia. State-owned Gazprom, one of the world's largest gas suppliers, will ship natural gas to Hungary for the next 15 years.

Hungary's foreign minister has described the deal as "flexible." After 10 years, Hungary has the option to change its purchase amounts from the 4.5 billion cubic meters the country has secured annually – a seven percent increase on Hungary's gas use last year.

The new contract comes as a 25-year agreement that shipped Russian gas via Ukrainian pipelines comes to an end.

Signing the deal in Budapest, Hungarian Foreign Minister Peter Szijjarto described it as vital for the country's national security.

"Here in Hungary, energy supply is a matter of security, sovereignty and economics but not politics," he told the media. "Flats, homes and apartments cannot be heated with political manifestos, only with gas. The same is true with industry."

Russia has moved away from its Ukrainian gas export route, constructing the undersea Nord Stream pipelines direct to Germany and the TurkStream link from Russia to Turkey.

According to local media reports, Gazprom is ready to increase supplies to Europe and is interested in more supply contracts. In the past, the Russian gas giant has been accused by the International Energy Agency and members of the European Parliament of not doing enough to increase its gas supplies to Europe, where prices have soared.

On the price Hungary has paid for the Russian gas in this contract, Szijjarto described it as "much more favorable" than the pricing in the 1996 deal, but no price details have been released. The Foreign Minister claims overhead costs are being kept down so that Hungarians pay the lowest gas price in Europe.

Russia has been selling gas to Hungary for almost five decades, and 2025 will mark 50 years of cooperation. The new Gazprom deal means that cooperation is set to continue until at least 2036.