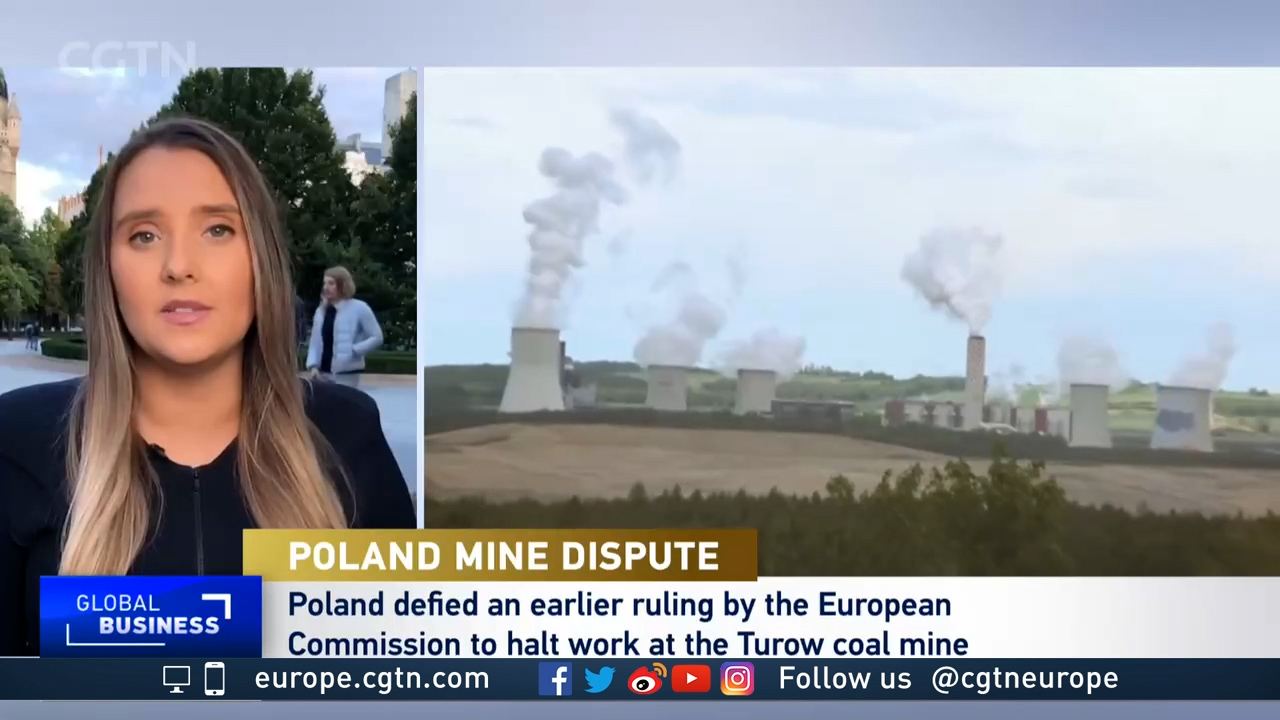 Poland's Prime Minister Mateusz Morawiecki says operations will continue at its controversial Turow mine, despite a ruling by the European Union's top court imposing daily fines.

The European Court of Justice ruled Monday that operations must halt at the mine and Poland must pay a daily penalty of more than $585,000 for breaching an earlier ruling.

The Turow mine, which borders Germany and Czechia, has been the subject of a long-running complaint from the Czech government after it recently began expanding further toward the border.

Czechia claims plans to extend the mine threaten the environment and groundwater on its land.

In May, the European Court of Justice ordered mining be immediately halted as an interim measure until a final judgment could be made. Czechia then asked the court to impose a daily penalty of more than $5 million on Poland for not immediately closing the mine.

Aukus 'a wake-up call for Europe'

Morawiecki stood firm Tuesday against the ruling from the EU's top court, telling a press conference: "This decision is totally wrong ... we do not plan to stop operations of the Turow mine and energy power plant."

He noted Poland would use "all legal and any other possibilities" to fight the decision.

The Polish government argues the Turow mine and nearby power plant are crucial for the country's energy security, supplying as much as 7 percent of Poland's energy output.

The mine, which produces lignite, or "brown coal," has been running for more than a century. It and the nearby power station are part of the PGE Polish Energy Group. In 2020, the company's extraction license was extended at the mine until 2026, it's considered a major source of jobs for the region.

In response to Poland's refusal to comply, a spokesperson for the European Commission said Poland must pay the daily penalties and has a legal obligation to do so.

Another spokesperson said the European Commission wanted Poland to immediately halt operations at Turow and that the EU would use all its powers to ensure the fines imposed by the court were paid.

It was thought a financial penalty might pressure Warsaw to seek a resolution with Prague after bilateral talks began in June around mine upgrades and measures to limit damage to water levels, noise and air conditions.

However, the Polish government has pushed back ever since the ruling, saying the court's penalty undermines the talks.

Monday's order from the European Court of Justice adds to the other issues over which Warsaw is fighting the EU, the majority around rule of law.