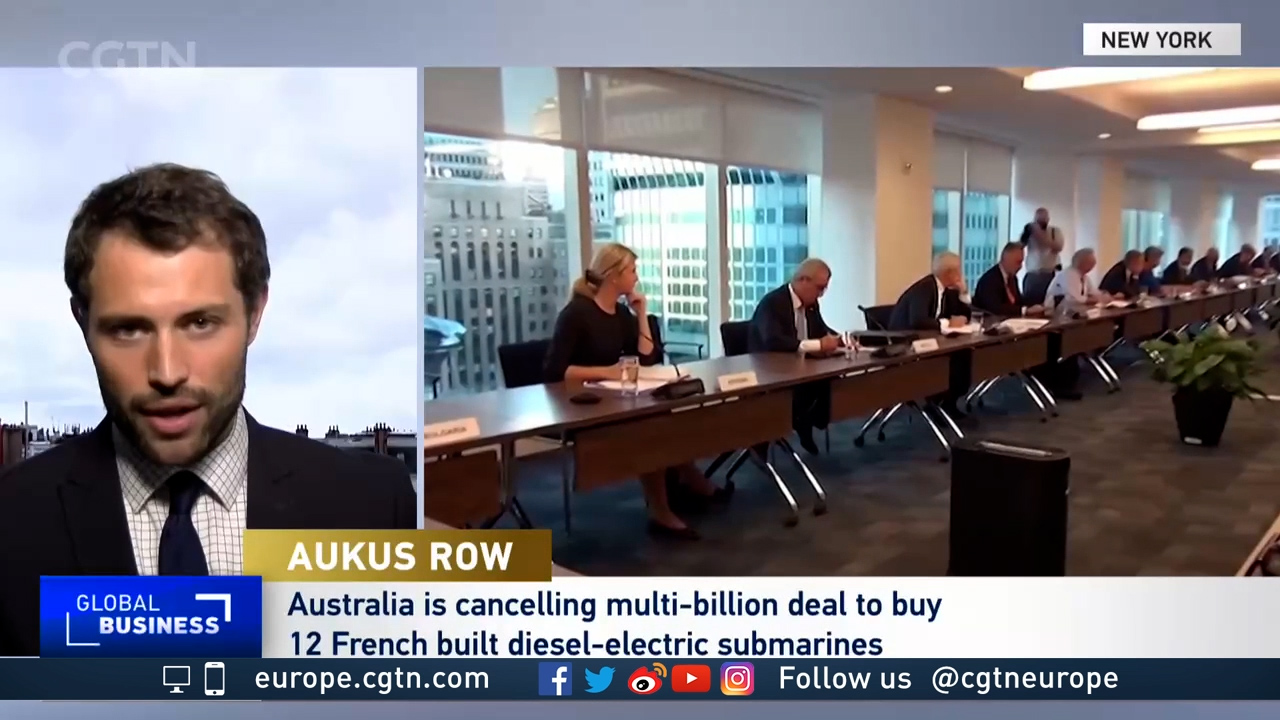 The new alliance between the U.S., Australia and the UK, which stripped France of a $40 billion contract for submarines with Canberra, angered Paris and now the European Union is rallying behind its member state.

At an EU meeting in Brussels on Tuesday, ambassadors agreed to postpone preparations for an inaugural trade and technology council on September 29 with the U.S. in Pittsburgh.

"One of our member states has been treated in a way that is not acceptable, so we need to know what happened and why," said European Commission President Ursula von der Leyen.

The topic was taken off the meeting's agenda, two EU diplomats told Reuters. 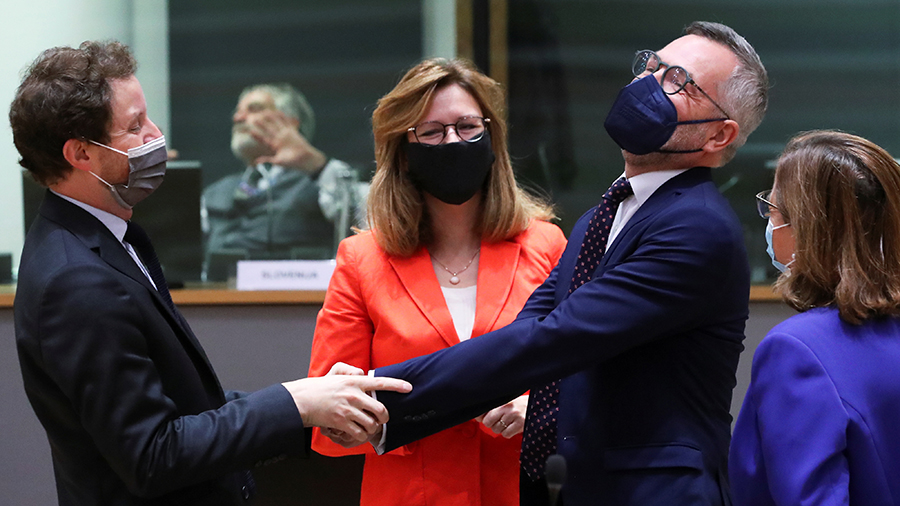 France's Minister for European affairs Clement Beaune, left, and his German counterpart Michael Roth greet each other at a meeting of the EU General Affairs Council in Brussels on Tuesday. /Reuters/Yves Herman

France's Minister for European affairs Clement Beaune, left, and his German counterpart Michael Roth greet each other at a meeting of the EU General Affairs Council in Brussels on Tuesday. /Reuters/Yves Herman

French and German ministers in Brussels have talked about the Australia-UK-US deal, known as AUKUS, as a "wake-up call" for Europe to become a stronger independent actor on the global stage.

"It is once again a wake-up call for all of us in the European Union to ask ourselves how we can strengthen our sovereignty, how we can present a united front even on issues relevant to foreign and security policy," said Michael Roth, Germany's minister for European affairs.

He also talked of the importance for the EU to talk "with one voice" and for the need to work together to rebuild what he called "lost trust" with its allies.

Roth's counterpart in France, European affairs minister Clement Beaune, said he would ensure that the matter is discussed at EU summits and ministerial meetings next month.

France has welcomed the support of EU top officials and ministers, with Beaune saying the row is "a European issue," rather than a French one.

"I don't think France is overreacting," he said on Monday, after France had recalled its ambassadors to the U.S. and Australia and French Foreign Minister Jean-Yves Le Drian accused the U.S. of betrayal and Australia of back-stabbing.

Some EU member states have shown more caution, with Sweden's EU Minister Hans Dahlgren saying: "I don't think we should restructure the EU's trade policy because of this."

European Council chief Charles Michel told reporters last week, when the deal was revealed, that they observed "a clear lack of transparency and loyalty" and that there needed to be "transparency and trust" between allies.

The European Commission said on Monday it was looking into delaying negotiations with Australia on Canberra's three-year bid to secure an EU trade deal. 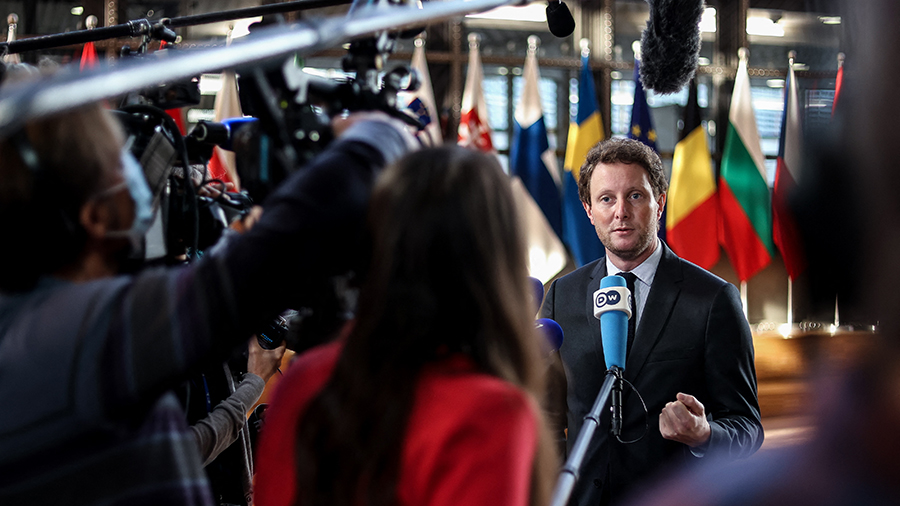 France's Minister for European Affairs Clement Beaune said the row over the submarines contract is a 'European issue.' /Kenzo Tribouillard/AFP

France's Minister for European Affairs Clement Beaune said the row over the submarines contract is a 'European issue.' /Kenzo Tribouillard/AFP

Meanwhile, the U.S. president has requested a meeting with his French counterpart to discuss the crisis.

Joe Biden is said to be urgently trying to schedule a call with Emmanuel Macron.

President Macron will not be attending the UN General Assembly (UNGA) in person this year and so any such meeting will have to be on the phone or by video.

As of Tuesday afternoon, no call had been agreed, although Macron did find time to speak to his Indian counterpart, Narendra Modi, about Indo-Pacific strategy.

Macron also has meetings with the Georgian president and the Lebanese prime minister scheduled this week, along with the inauguration of a modern art collection in Paris.

Speaking after a meeting of EU foreign ministers on the sidelines of the UNGA in New York, the France's Foreign Minister Jean-Yves Le Drian said: "We thought unilateralism, unpredictability, brutality and not respecting your partner was part of the past but it continues."

"It's not just about a brutal, unexpected and unexplained breach of a contract," said Le Drian. "What matters now is the breach of trust between partners, because partners in alliance means transparency and predictability. It requires explanations."

The AUKUS pact will supply Australia with at least eight nuclear-powered submarines by 2040.

Canberra pulled out of its original contract with France for a dozen attack-class submarines in a deal worth at least $66bn and for which work was already under way.

Linked to the announcement was the unveiling by the Australian prime minister, the U.S. president and the British prime minister of a new security arrangement between the three countries, focused on security in the Indo-Pacific region.