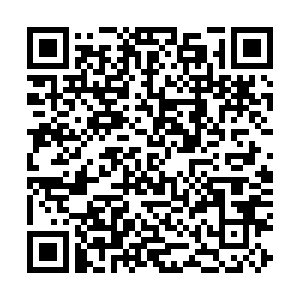 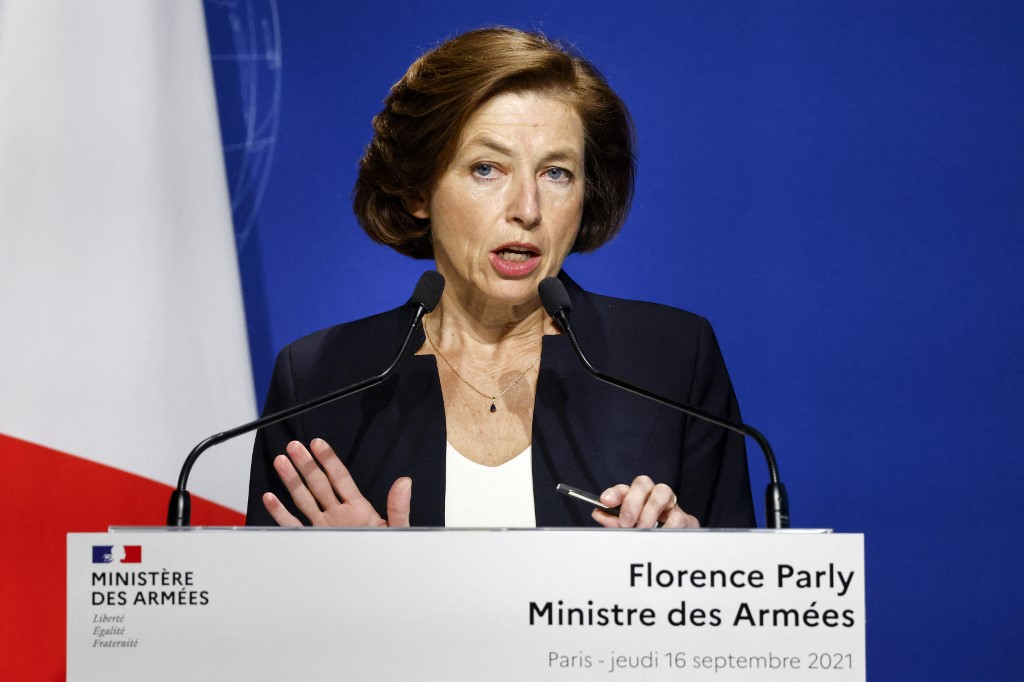 France's defense minister has cancelled a high-level meeting with her UK counterpart this week amid a growing diplomatic row after London signed a new security deal with the U.S. and Australia.

The so-called AUKUS deal will build nuclear-powered submarines for Australia. The move means Canberra has pulled out of an existing contract with France, which has angered officials in Paris.

Meanwhile, European Union foreign ministers will discuss the dispute on the sidelines of the UN General Assembly (UNGA) in New York on Monday.

Florence Parly, who is minister for the French armed forces, was due to meet UK Defense Secretary Ben Wallace in London for two days of talks aimed at strengthening post-Brexit military ties.

UK official Peter Ricketts, who was set to chair the meeting, told the BBC the talks were "postponed to a later date."

The announcement of the AUKUS deal last week has led to a strong rebuke from Paris, with President Emmanuel Macron taking the unprecedented step of recalling the country's ambassadors to Washington and Canberra.

France began doubting Australia's commitment to a $40 billion submarine order in June and Macron was only informed by Canberra of the deal's collapse in writing hours before it was announced, a French presidency official said.

The official said there had been no hint of the contract cancellation when Macron met Australian Prime Minister Scott Morrison in Paris in mid-June, shortly after a meeting of G7 leaders in the UK.

James Cleverly, a minister at the UK foreign office, said the fallout was part of the "ups and downs" in ties between the nations.

"All bilateral relationships go through periods of tension. Ultimately, our relationship with France will endure," he told the BBC. 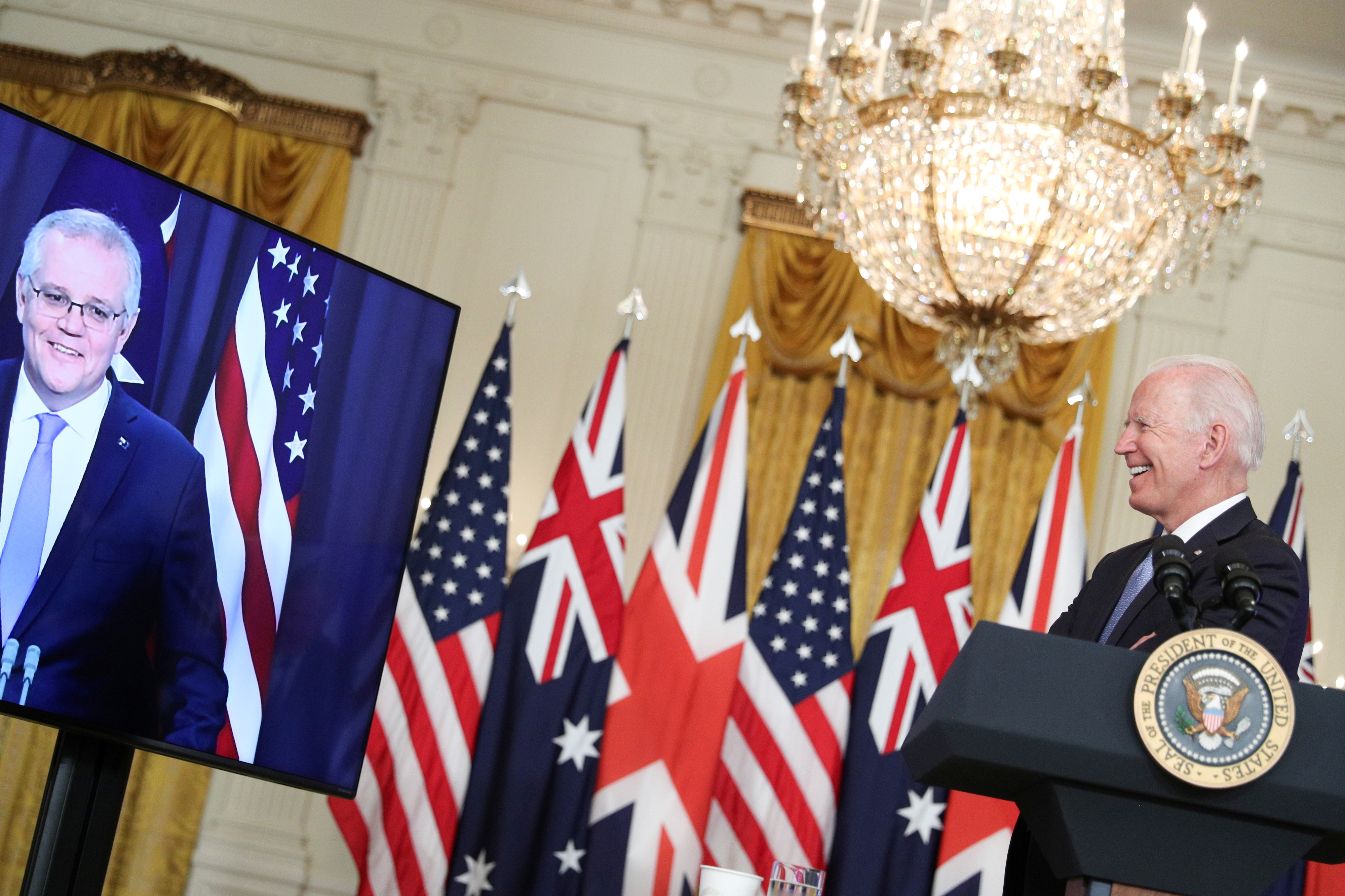 "Stab in the back”

UK Prime Minister Boris Johnson – who is in New York for the The United Nations General Assembly – also downplayed the severity of the fallout with both France and China.

Speaking after his plane touched down in the U.S., Johnson said the deal was "not exclusionary or adversarial towards anybody, with any friend or partner around the world."

He added the UK stood "shoulder-to-shoulder with France in so many important ways."

U.S. President Joe Biden is set to talk to president Macron this week to discuss the issue, a spokesperson for the French government said on Sunday.

The AUKUS agreement is widely seen as part of efforts to counter China's influence in the Indo-Pacific region and the contested South China Sea.

Its emergence has ended a deal worth $40 billion signed by Australia in 2016 for France to build 12 conventional submarines.

France's Foreign Minister Jean-Yves Le Drian called the move “unacceptable” and a “stab in the back."