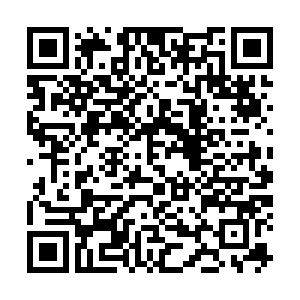 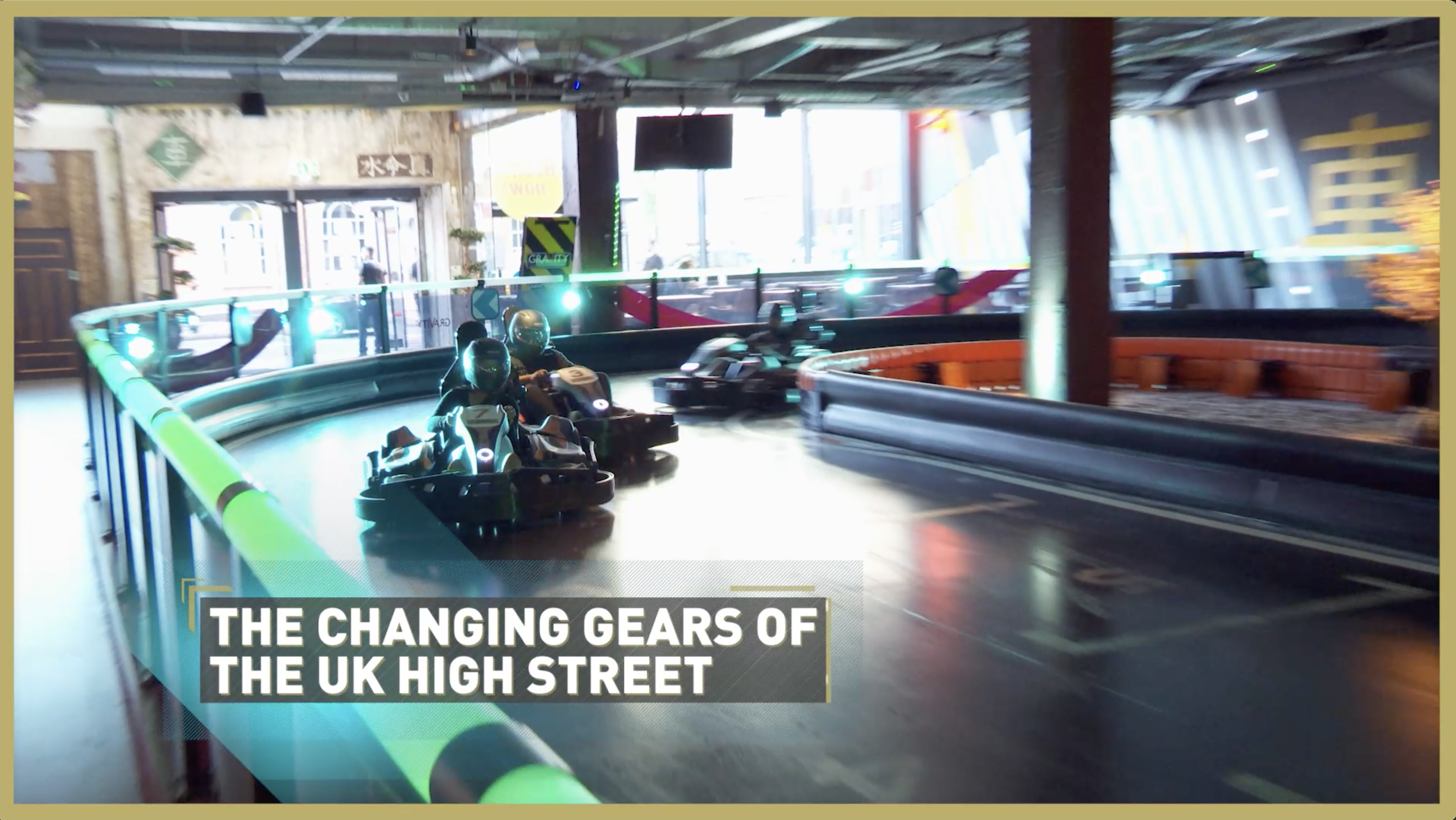 Department stores used to be the cornerstone of many high streets in UK's towns, but changing shopping habits have seen the vast majority shut down and boarded up. Many lay empty months after closing their doors but a new trend has seen leisure experiences taking over some of that vacant retail space.

In Wandsworth, in south west London, teenagers race around an electric go-karting track. Laid out over two floors, it snakes around what was once the cosmetics floor at the Wandsworth branch of the former high street giant Debenhams.

An $8 million refit has transformed the space - all that is left of the original building is the escalators.

Michael Harrison, co-founder of Gravity Active Entertainment sits down with CGTN Europe in the bar that was formerly the Menswear department.

"I actually bought a pair of pants, just over there," he laughs.

Harrison, who left school at 12 to help run his family's funfair business, says he's done everything in leisure, enabling him to oversee Gravity's expansion from one trampoline park in 2014 to one of the UK's biggest active entertainment companies.

Gravity currently has 16 existing sites in the UK and plans for around 50 more within the next few years, across the UK, Germany, the rest of Europe and Saudi Arabia. Some of these will be with franchise partners. It's the relatively new availability of large empty retail space in town centers that has enabled the opening of Wandsworth, at over 7,400 square meters, heralding what Gravity says will be the first of many large sites.

"The pandemic brought this to a head. All of a sudden we had the landlords coming to us, these were wounded animals. Department stores went out of fashion some time ago, so we're taking the opportunity to take advantage of the situation." 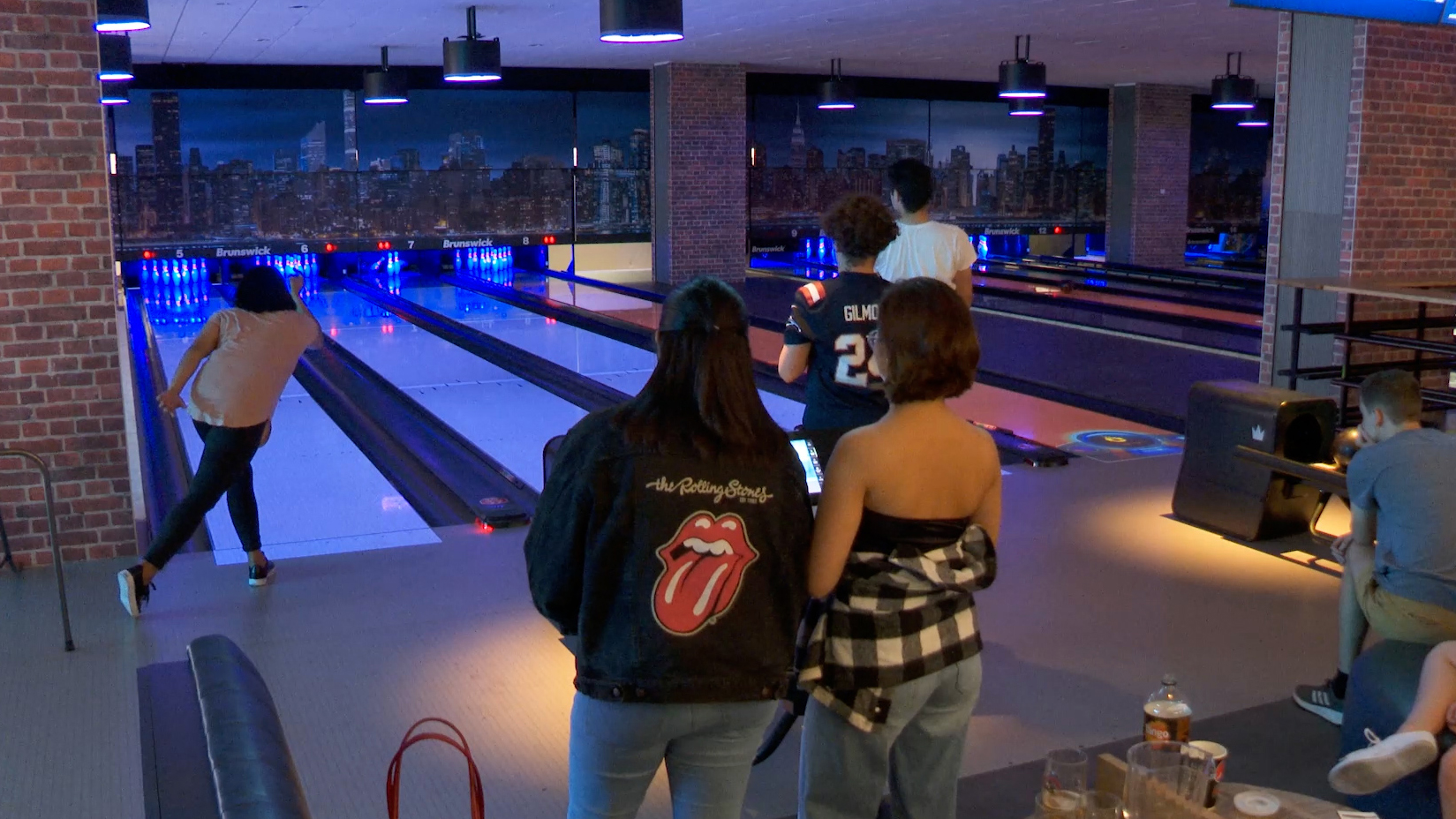 The bowling alley in Wandsworth. /CGTN

The bowling alley in Wandsworth. /CGTN

The Gravity attraction sits alongside gyms and hospitality as the rise of experiential leisure reflects changing consumer habits. With the Wandsworth site attracting up to 12,000 people a day and capacity expanding, local leaders say its arrival is good news.

"No one wants to see an empty department store," Rhodri Morgan tells CGTN Europe. Morgan, who sits on Wandsworth Council overseeing Economic Skills and Development, is hoping remaining retailers will benefit from the people brought into the area by Gravity.

"We hope with Gravity opening, actually it will attract a new type of consumer, it will bring more footfall and actually that should help local businesses as well because we know a key to having a really busy high street is lots of footfall to support all the other businesses. It's about building that ecosphere."

Gravity's Harrison has described the shift to experiential leisure not as an end to the high street but a changing of the guard. It is definitely a shift in gears.