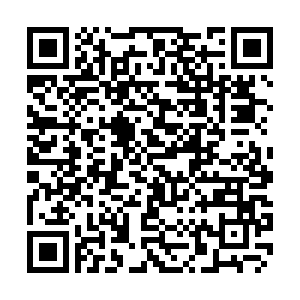 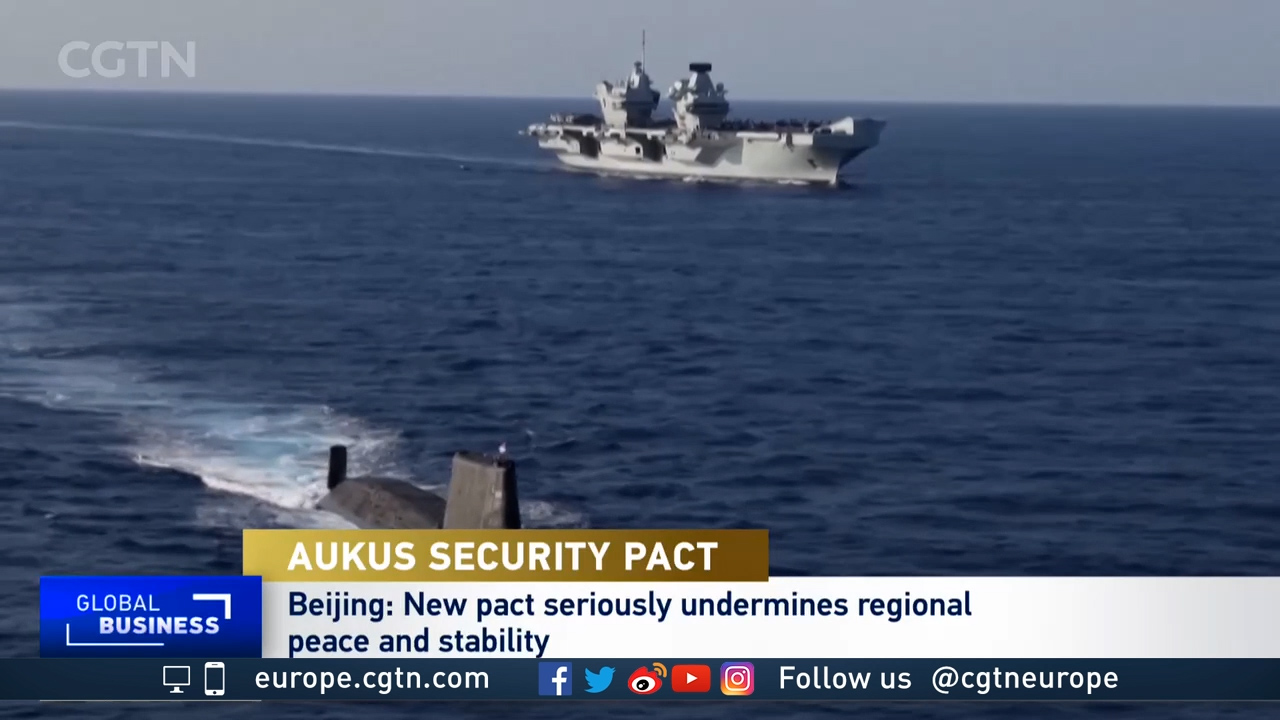 China says a new defense and security pact between the UK, U.S. and Australia will damage peace and stability in the Indo-Pacific region. The so-called Aukus alliance will help Canberra to acquire nuclear-powered submarines.

Submarines are at the heart of the new agreement initially – but it will go on to encompass artificial intelligence and other advance technologies.

The leaders of the three countries said the aim of the Aukus deal was to preserve peace and stability in the Indo-Pacific region.

None of them mentioned China by name - but Beijing's presence in the region is the subtext.

"Today, we're taking another historic step to deepen and formalize cooperation among all three of our nations," said U.S. President Joe Biden at the announcement event at the White House, flanked by video screens beaming live feeds from his counterparts in Canberra and London.

"We all recognize the imperative of ensuring peace and stability in the Indo-Pacific over the long term," he said.

Australia is set to get a new fleet to replace its decades-old Collins class diesel electric submarines.

American technology to build nuclear reactor engines will allow the vessels to stay underwater, undetected, for much longer journeys, but without any nuclear warheads on board.

"The future of the Indo-Pacific will impact all our futures," said Scott Morrison, Australia's prime minister.

"To make these challenges, to help deliver the security and stability our region needs, we must now take our partnership to a new level... but let me be clear, Australia is not seeking to acquire nuclear weapons or establish a civil nuclear capability, and we will continue to meet all our nuclear non-proliferation obligations," he added.

Keen to put British differences with the U.S. over Afghanistan behind them, Britain's prime minister called it a momentous decision that would make the world safer.

Speaking in the House of Commons, Boris Johnson said: "Aukus is not intended to be adversarial towards any other power, but it merely reflects the close relationship that we have with the U.S. and Australia the shared values we have and the sheer level of trust between us."

With a newly-announced senior team of ministers – including China 'hawk' Liz Truss as foreign secretary – the deal will boost jobs in Britain's defense industry.

Senior Biden administration officials say the move is not aimed at countering Beijing.

"They should respect the hearts of the people in the region and do more things that are conducive to regional peace and stability. Otherwise, they will only shoot themselves in the foot."

The partnership ends Australia's $30 billion deal with France to replace the submarine fleet. French foreign minister Jean-Yves Le Drian called the move "a stab in the back."

But Aukus is about more than building boats. It is designed to send a clear message – that these three allies share a great deal more than just the English language and will work together to defend their interests.