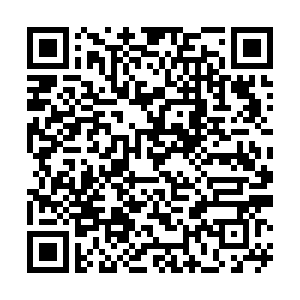 The busiest place in Afghanistan on Sunday was the newly opened exchange market. Local Afghan and U.S. dollars were swiftly changed between traders in Sarai-e-Shahzada money market.

Inamullah, in blue combat fatigues, was conspicuous and reminded the men queuing to enter the market that if they "were robbed or abducted, hand the matter to us so, God willing, the problem will be resolved. We will jointly protect this government," he said. "It is our duty and your's too."

Taliban fighters offered security at the entrance and the street outside. Soon the building was full of men bartering and exchanging currencies.

Banks were told to reopen earlier in the week, but people are only allowed to access up to $200 a week from their accounts.

The Agenda special: The chip shortage

Plenty are opposed to that limit, complaining it is not enough. Noorullah Ismaikhil from the country's southern Khost province says it is having a "negative impact on our daily lives, especially for traders across the country."

"We are happy with the security and peaceful environment that the Taliban have introduced. But we are asking them to sort out the bank issues quickly," he added.

But there is one glaring delay to the speedy takeover of Afghanistan by the Taliban in August. They are still to name ministers in the government.

Resistance fighters, a combination of former Afghan security forces and local militia loyal to the son of Ahmad Shah Massoud, the late Mujahadeen leader and a former Afghan defense minister, are refusing to accept Taliban authority. There have been clashes, with unconfirmed reports of casualties on both sides.

On Sunday Ahmadullah Wasiq, deputy interim minister of information and culture for the Taliban said that the Panjshir Valley was not becoming a headache for them.

He went on to say that the fighting was being done slowly to minimize the impact on the local people and infrastructure.

But the delay is frustrating for many Afghans. Currently Afghanistan has no government, not much international aid, not enough money to pay police, civil servants and teachers and not much of an economy.

Those who are able, do what they can. In Kabul at least, there is not much sign of conflict, but there are fears over how long that will last without a recognized government.

Ahmed Zahir voiced an opinion held by many in Kabul: "We hope it is announced soon, because everyone's concerned and frustrated. Prices are high. There are no jobs. I'm trying to find work - but there's nothing for us."

The Taliban leadership had expected to negotiate with the previous government. They banked on that taking some time, and having to share power. The speed of their take-over of Afghanistan surprised many, and 38 million Afghans now expect them to govern.