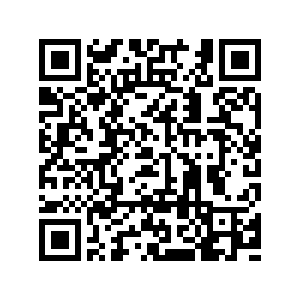 The Taliban's takeover of Afghanistan has sparked fears among European leaders of a mass influx of Afghan refugees that could trigger a crisis such as the one in 2015, when more than a million Syrian, Afghan and Iraqi refugees arrived in Europe seeking shelter from conflict.

The European Union was tested as never before, with disagreement over how to share the migrant burden. But is the risk of a new refugee crisis in Europe real? 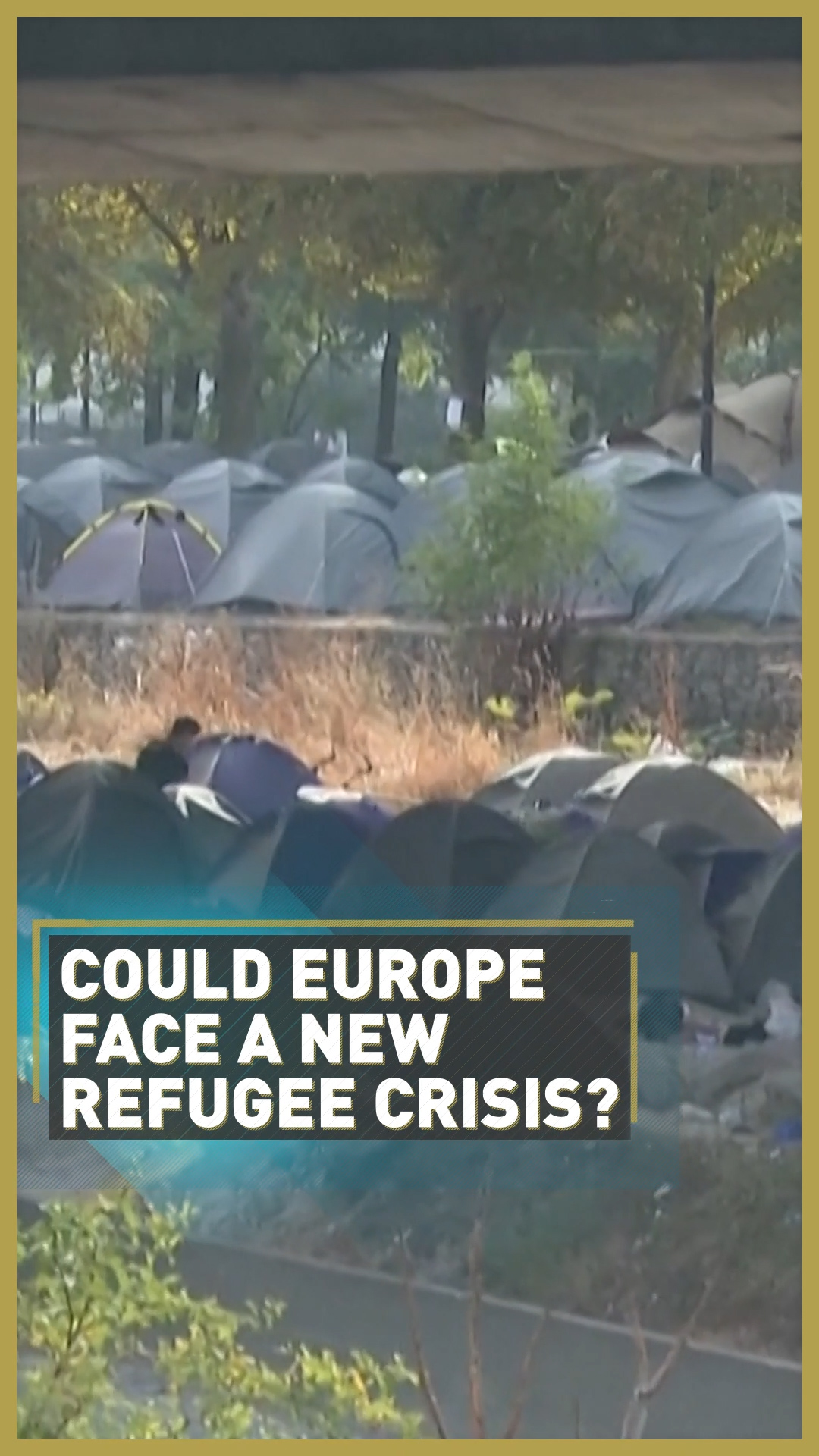 How many Afghan refugees will arrive in Europe?

"As of today, there are roughly 2.6 million Afghan refugees in the world, which means that they make up roughly about 11 percent of the total of refugees worldwide," explains François Gemenne, Professor of Environmental Geopolitics and Migration Dynamics at The Paris Institute of Political Studies.

"Eighty five percent of these refugees are currently being hosted in Iran and in Pakistan, and new refugees are also likely to go to these two countries."

The problem is that both Pakistan and Iran have indicated that they are unwilling to host new refugees. And European countries do not seem any more willing to host them. 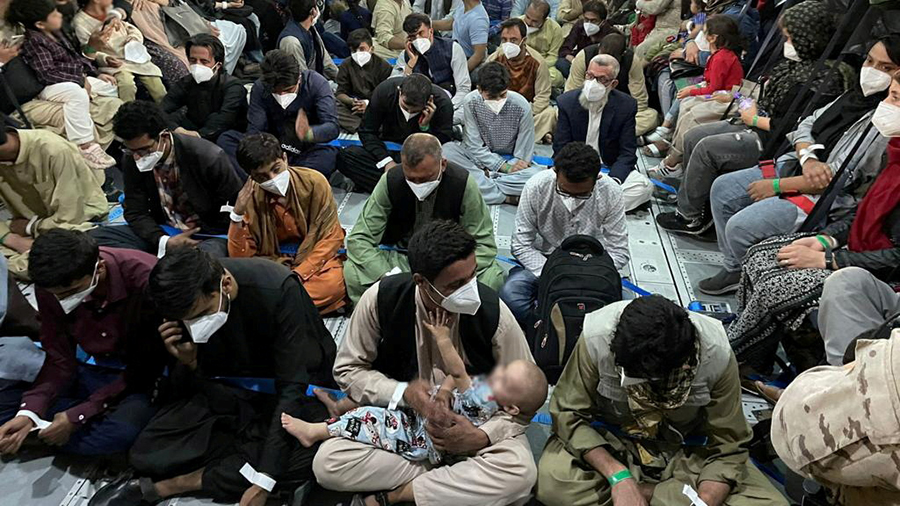 Afghan citizens board a Spanish military plane as part of their evacuation, at the Hamid Karzai International Airport in Kabul, Afghanistan, on August 24. /Ministry of Defense of Spain/Handout via Reuters

Afghan citizens board a Spanish military plane as part of their evacuation, at the Hamid Karzai International Airport in Kabul, Afghanistan, on August 24. /Ministry of Defense of Spain/Handout via Reuters

"Europe only accommodates about 13 percent of the total of Afghan refugees," explains Gemenne.

"But in recent years, in countries like France or Belgium, for example, Afghan refugees made up the number one country of origin of asylum seekers. And obviously European leaders are concerned that this number might increase in the coming weeks and months."

Overall the number of Afghan refugees arriving at the borders of the EU can be expected to be much lower than the flow registered in 2015, as recent trends in migration show.

The total number of illegal border crossings at EU external borders this year was 47,100, according to FRONTEX, compared with 1.04 million in 2015.

How is Europe responding to the risk of a new refugee influx?

"The EU is not ready and does not have the capacity to handle another major migration crisis," Greek Migration Minister Notis Mitarachi said in early August, when the situation in Afghanistan was already turning for the worst.

Since then Greece, which fears becoming the entry point of a new influx of refugees heading into Europe, has been building a 40-kilometer wall along its border with Turkey.

Facing a large influx of Afghan refugees since 2020, Turkey has been building its own 295-kilometer border wall with Iran. 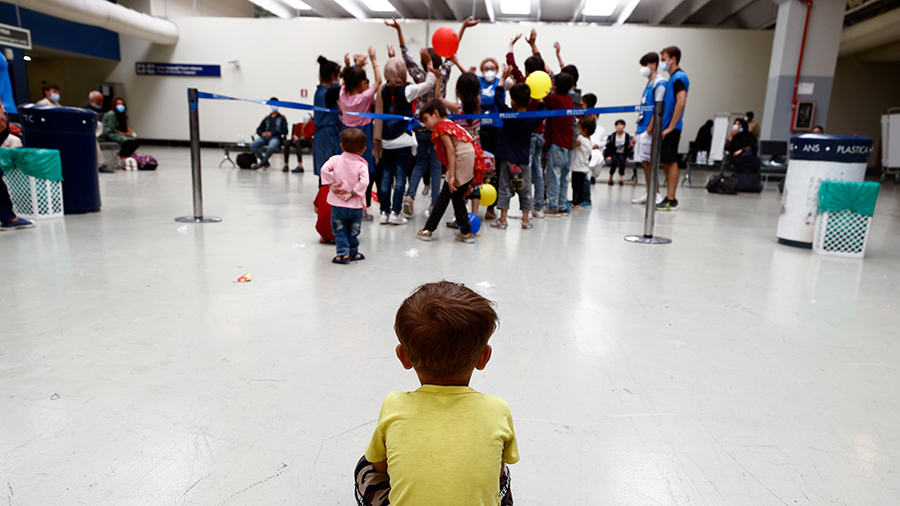 A child sits on the floor at Fiumicino Airport, as Afghan evacuees arrive in Italy following their journey from Kabul on August 24. /Guglielmo Mangiapane/Reuters

A child sits on the floor at Fiumicino Airport, as Afghan evacuees arrive in Italy following their journey from Kabul on August 24. /Guglielmo Mangiapane/Reuters

Even those countries more willing to accept refugees in 2015, such as Germany, have changed their approach in 2021.

"The mistakes made in the Syrian civil war must not be made again," tweeted Armin Laschet, chancellor candidate for the Christian Democratic Union, after the Taliban took Kabul.

His words were echoed by the other potential successor of Angela Merkel, Social Democratic Party candidate Olaf Scholz.

In the days following the fall of Kabul, French President Emmanuel Macron said that France would not abandon those Afghans who worked with French forces - but he also added that Europe must "protect itself from significant waves of illegal migrants" from Afghanistan. 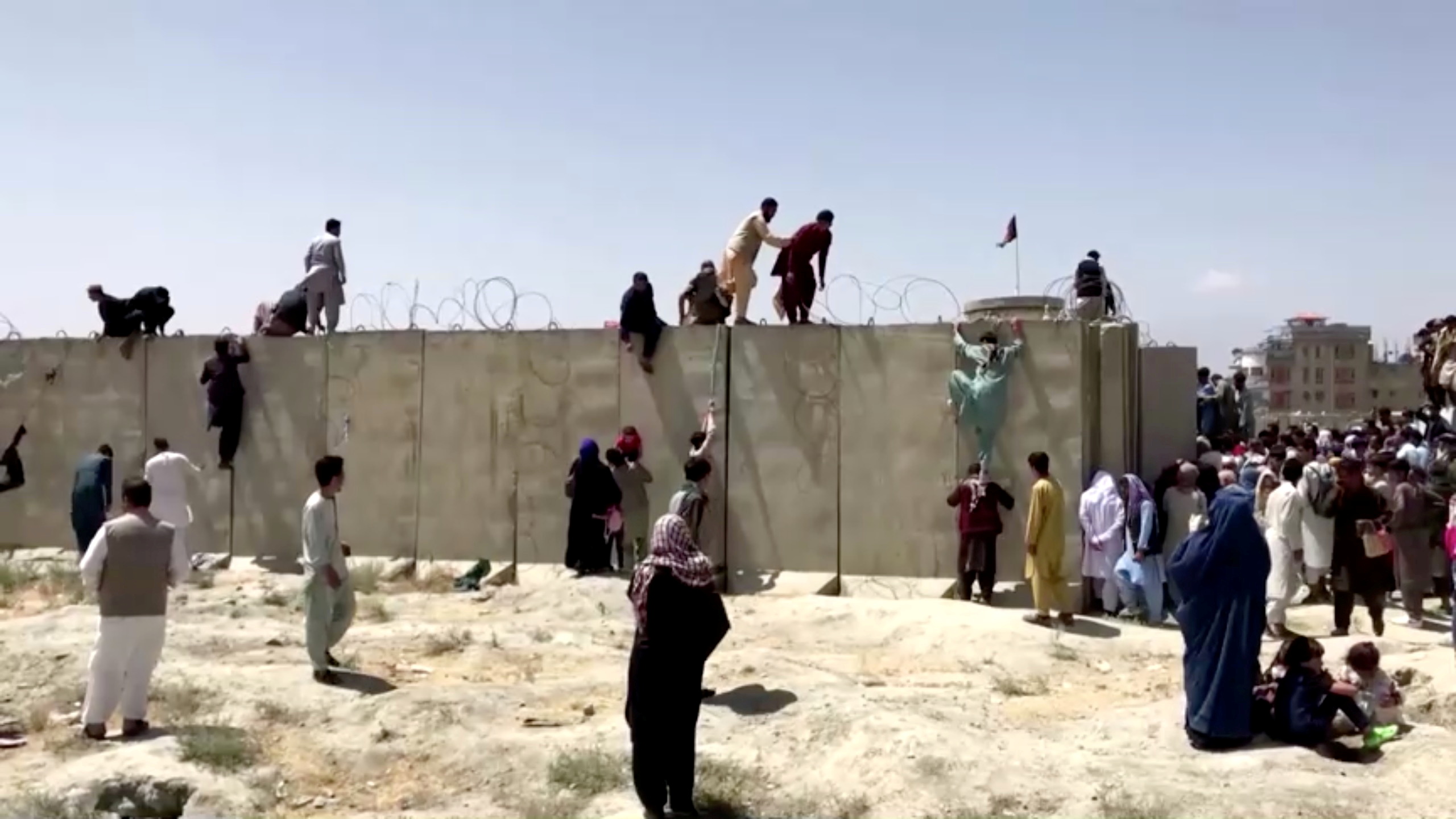 European leaders are afraid that a new refugee crisis has the potential to destabilize the political equilibrium in the region and fuel a new wave of populism - especially as big elections are approaching for the leadership of two of the bloc's most influential member states, Germany and France.

"Clearly, European leaders are very afraid that there would be a new asylum crisis like the one they experienced... with the Syrian refugees," says Gemenne.

"And not only was this a humanitarian crisis with thousands of people perishing at sea, but that was also a political crisis that led to Brexit."

After the fall of Kabul and the wave of emotions that this caused, European countries mobilized to help Afghans, with the UK reportedly evacuating 15,000 people, Germany 5,100, Italy 4,400, France 2,100, the Netherlands, Belgium and Denmark more than 1,000 each, while Sweden, Norway, Hungary and Poland respectively took 771, 374, 540 and 900 evacuees.

But Gemenne warns about the rhetoric of the 'good' migrant against the 'bad' one - and what this could mean as the humanitarian crisis in Afghanistan will likely continue in the future. 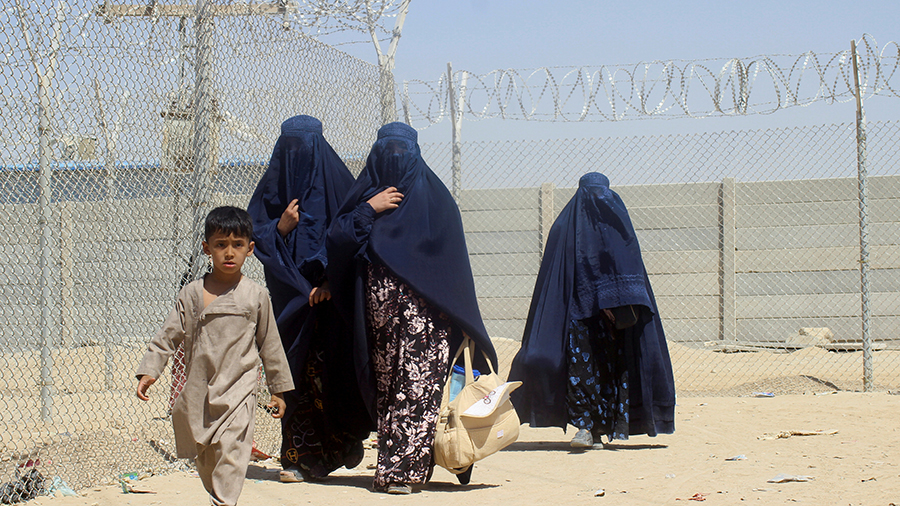 Afghan women and a child walk next to a fence as they cross into Pakistan via Friendship Gate crossing point in the Pakistan-Afghanistan border town of Chaman, Pakistan on September 4. /Abdul Khaliq Achakzai/Reuters

Afghan women and a child walk next to a fence as they cross into Pakistan via Friendship Gate crossing point in the Pakistan-Afghanistan border town of Chaman, Pakistan on September 4. /Abdul Khaliq Achakzai/Reuters

"There is clearly a tendency to distinguish between the 'good' refugees who would be part of the intellectual elite fleeing the country right now, and those who fled in the past or who might flee later.

"And I'm concerned that these might just be considered as economic migrants and might be sent back to Afghanistan once the immediate humanitarian crisis ends," says Gemenne.

It is likely that EU countries will prefer to offer financial support to Afghanistan's neighboring countries to manage the refugee crisis at their borders rather than commit to the resettlement of Afghans within their own countries.

But Gemenne thinks that relocating even large numbers of Afghan refugees in Europe would be possible without breaking the bloc.

"Most people are convinced that it is impossible for Europe to host thousands or tens of thousands of refugees," says Gemenne.

"Yet the example of Germany, which has hosted more than one million Syrian refugees around 2015, has proven that it was possible and that even though there were some problems and difficulties - and we should not be afraid to talk about them - at the end of the day, overall, the German experience is a success and is the proof that it is possible for Europe to welcome massive numbers of refugees."