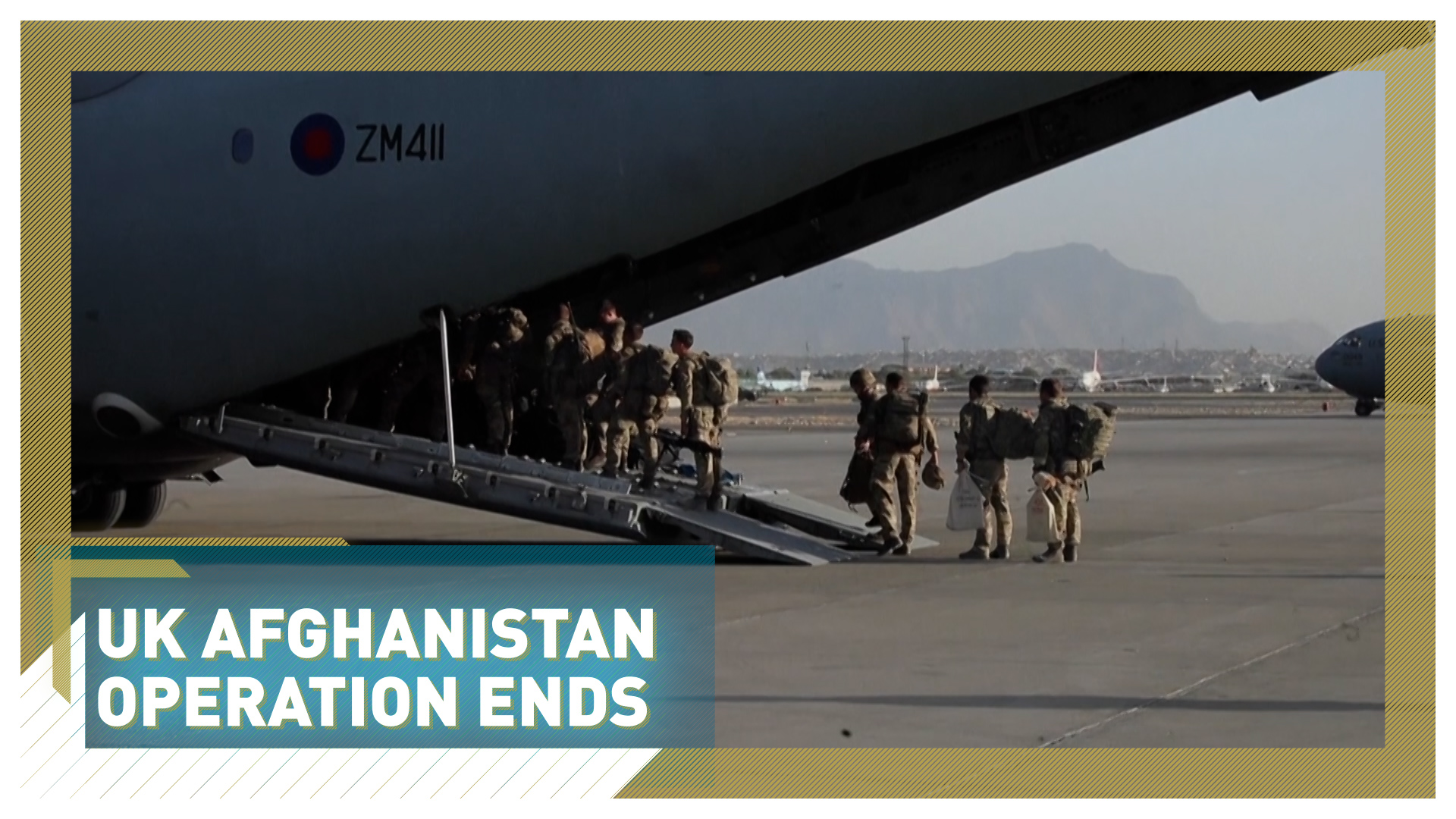 The UK's two-week emergency mission to bring British nationals and Afghans who asked for asylum out of Afghanistan, ended overnight.

It also ends 20 years of engagement in the country with the US, and later fellow NATO member states.

The past two weeks has been intense, and thousands of people have been evacuated says the UK's Ambassador to Afghanistan, Laurie Bristow: "Since the 13th of August we brought nearly 15,000 people to safety … about a thousand military, diplomatic, civilian personnel have worked on Operation Pitting in Kabul .. (and) elsewhere .. "

How many evacuations for each country?

A spokesman in Downing Street, the British prime minister's office and home in central London said about 2,200 children - the youngest just a day old - were among those airlifted from Kabul Airport.

With 5,000 British nationals and their families, and more than 8,000 Afghan former UK staff and relatives because they are considered to be at risk from the Taliban.

General Nick Carter, Chief of Britain's Armed Forces, calculated 165 flights had been flown by the UK in the past two weeks.

"Around 8 or 9 sorties going into Kabul every day," he said.

He's aware many who wanted to leave Afghanistan, and were eligible to ask for sanctuary in Britain, didn't make it.

"I have probably had over a 100 messages from different Afghans who I know in my long association with the country and many of those, friends of mine, won't make it out. And for me, not a day passes without me having a bit of a tear in my eye about all of that."

Since October 2001 and the terrorist attacks in the US on 11 September of that year, the UK, and other coalition forces have undertaken military operations in Afghanistan. Initially, the UK military involvement was considered self-defence under the United Nations Charter, and supported a US-led coalition called Operation Enduring Freedom.

After December 2001, the UN authorised the deployment of a 5,000-strong International Security Assistance Force (ISAF) to deploy near Kabul. This was to boost security and help with the reconstruction of Afghanistan.

Two years later, NATO took over command of ISAF, and gradually the number of troops and the mandate expanded. At one time there were more than a 130,000 military personnel in the country, with troops from 50 NATO and partner nations.

Gradually in the last 10 years the Taliban's strength grew as the movement re-grouped. From their rural bases they expanded and dominated provinces far away from the major towns and cities.

Since 2014 Afghan police and security forces - trained and armed by Western states - led the fighting against the Taliban. The number of suicide attacks increased, as did the number of civilian deaths.

At Downing Street and the Ministry of Defence, wrapping up UK military operations in Afghanistan may be greeted with relief - but will also inevitably lead to questions about what kind of future relations the British government will have with the new leadership. Prime minister Boris Johnson said: "We will engage with the Taliban, not on the basis of what they say, but what they do. And if the new regime in Kabul wants diplomatic recognition, or to unlock the billions that are currently frozen …"

As Britain and other foreign governments end their airlift from Kabul, several thousand Afghans who had hoped to escape, are still trapped. Boris Johnson added, the Taliban "… will have to ensure safe passage for those who wish to leave the country, to respect the rights of women and girls, to prevent Afghanistan from again becoming an incubator for global terror."

Since 1996, there have been roughly 63,000 asylum applicants from Afghanistan. There's likely to be more now.

And the UK will count the cost of its involvement in other ways to. Almost £28 billion ($38.5 bn USD ) has been spent on operations, and 475 servicemen and women have died.

Their families and colleagues will also ask was it worth the cost?

Especially, as twenty years on, the Taliban are back in power much as they were between 1996 and 2001.