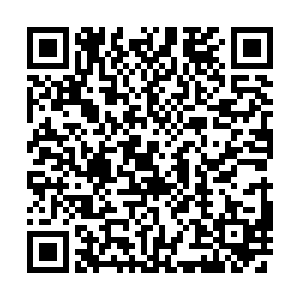 An image from an Al Jazeera broadcast of Taliban fighters in Afghanistan's presidential palace on August 16. /AFP/Al Jazeera

An image from an Al Jazeera broadcast of Taliban fighters in Afghanistan's presidential palace on August 16. /AFP/Al Jazeera

The world is still reeling from when the Taliban was shown inside Afghanistan's presidential palace on Sunday, signifying the fall of Kabul after two decades of war.

And while the U.S. and its allies are scrambling to remove thousands of their foreign nationals and Afghans who worked for them from the country, European leaders are attempting to address the question: What happens now?

It's not an understatement to say that the war in Afghanistan was expensive and long. Since 2001, it has cost the U.S. more than $2 trillion and around 2,500 American lives.

So, it's not surprising politicians from both Germany and the UK, two of the U.S.'s largest allies, have expressed their disbelief over this past weekend's dramatic and swift transition of power.

"I say this with a heavy heart and with horror over what is happening, but the early withdrawal was a serious and far-reaching miscalculation by the current administration," said the Chairman of Germany's Foreign Affairs Committee, Norbert Roettgen, according to Politico.

"This does fundamental damage to the political and moral credibility of the West."

Adding: "We are experiencing a human tragedy for which we share responsibility."

Germany had the second largest number of troops on the ground in Afghanistan. 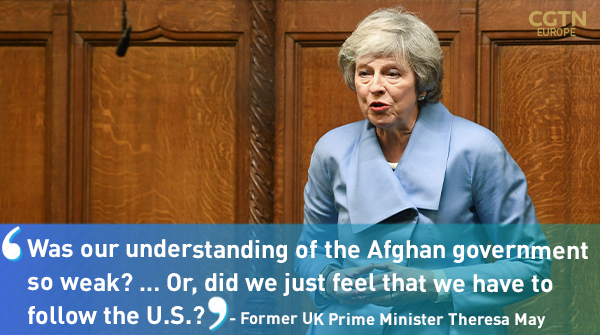 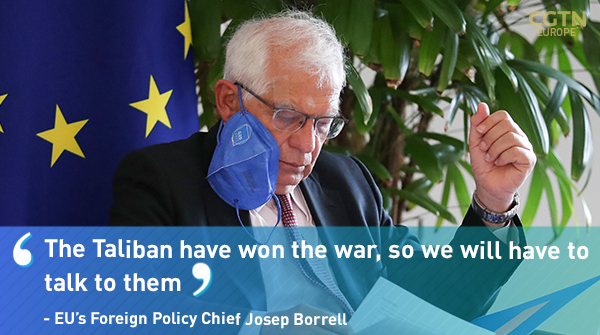 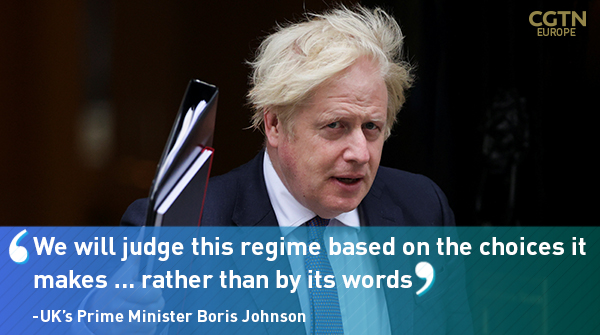 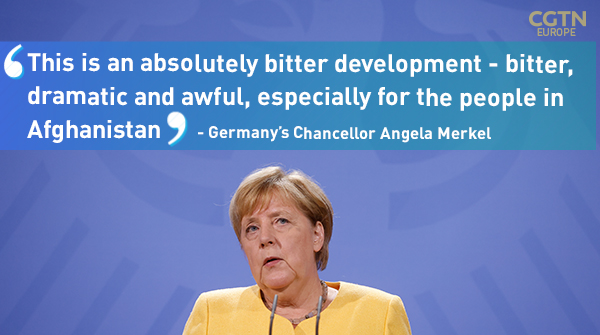 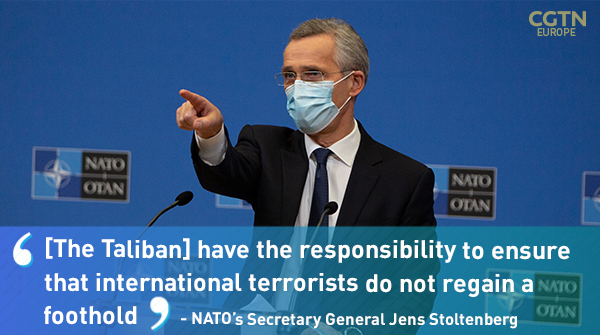 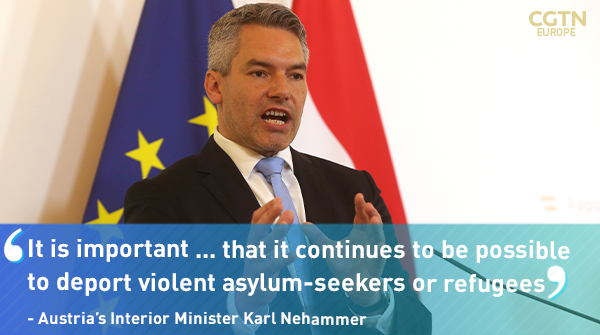 Uk Prime Minister Boris Johnson said: "We will judge this regime based on the choices it makes and by its actions rather than by its words, on its attitude to terrorism, to crime and narcotics, as well as humanitarian access and the rights of girls to receive an education."

But politicians in the UK, even among his own party, are also questioning how the current government underestimated the strength of the Taliban.

"There's been a major miscalculation of the resilience of the Afghan forces and staggering complacency from our government about the Taliban," said the leader of the opposition Labour Party, Keir Starmer.

"Was our understanding of the Afghan government so weak? Was our knowledge of the position on the ground so inadequate?" she said.

"Or, did we just feel that we have to follow the United States, and hope that on a wing and a prayer, it would be alright on the night?" 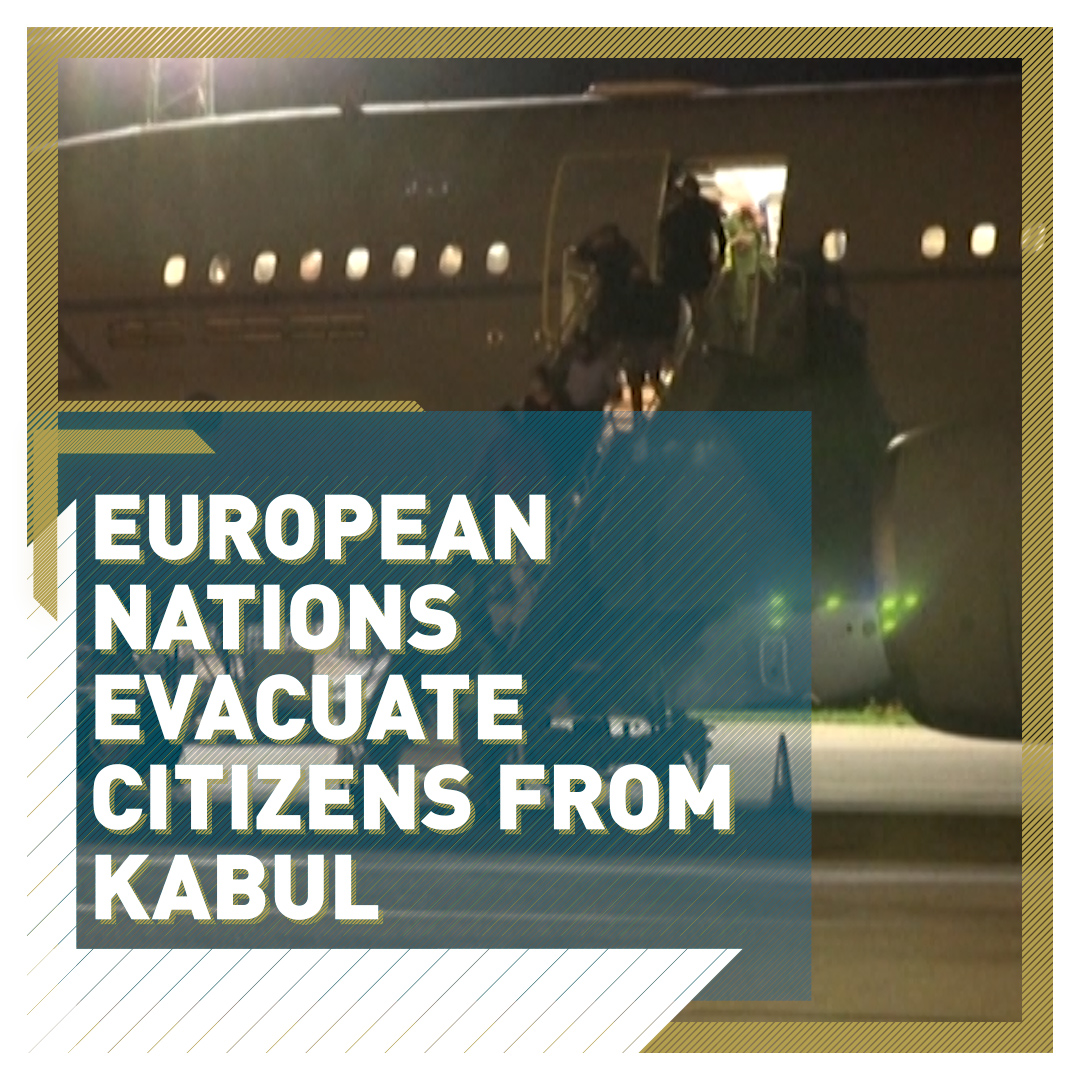 Fear over another refugee crisis

Almost immediately after the news broke, European leaders expressed their fears that the fall of Kabul would lead to a repeat of the 2015 migrant crisis.

"We need to make sure that the many [Afghans] who have big worries and concerns, even though they have not worked with German institutions, have a secure stay in countries neighboring Afghanistan," Germany's Chancellor Angela Merkel told reporters on Monday.

"We should not repeat the mistake of the past when we did not give enough funds to UNHCR and other aid programs and people left Jordan and Lebanon towards Europe."

On Tuesday, France's President Emmanuel Macron faced criticism in his country after he said the EU would create a "robust" approach to tackle illegal migration.

"We must anticipate and protect ourselves against significant irregular migratory flows that would endanger the migrants and risk encouraging trafficking of all kinds," he added.

Austria's Interior Minister Karl Nehammer also said on Wednesday that he would lobby the EU to help create "deportation centers" in the countries neighboring Afghanistan.

"It is important ... that it continues to be possible to deport violent asylum-seekers or refugees, so we need these deportation centers," he added.

Talking with the Taliban

Since the Taliban seized control, it has stressed it will be doing things differently from the last time it was in power pre-2001 and that it wants peaceful relations with other nations.

While Europe has not voiced any intention to recognize the new regime, the EU has said it will have to talk with the Taliban.

"I haven't said that we are going to recognize the Taliban," said the EU's Foreign Policy Chief Josep  Borrell. "I just said that we have to talk with them for everything, even to try to protect women and girls. Even for that, you have to get in touch with them.

"We have to get in touch with authorities in Kabul ... the Taliban have won the war, so we will have to talk to them."

He added that aid will only be given to the new government if conditions are met, while aid to the Afghan people should still be increased.