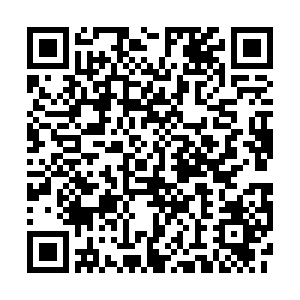 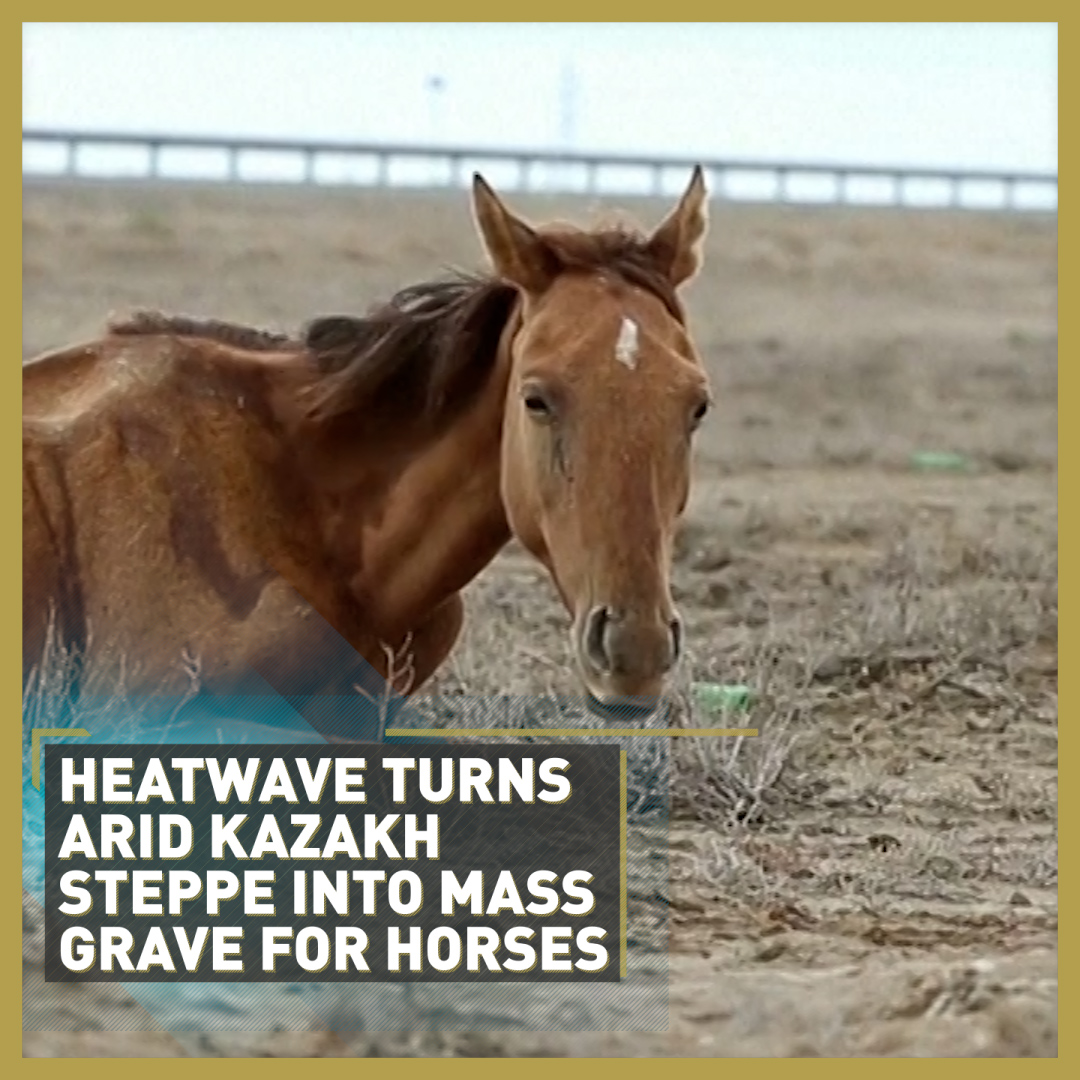 Dead horses lie scattered across the arid steppe of Kazakhstan's Mangistau peninsula where severe drought has left the animals without food or water, threatening the livelihoods of hundreds of farmers.

Unusually high temperatures, in some cases the highest on record, have been reported throughout the region this summer, prompting Kazakhstan to ban exports of animal feed and seek extra water from its neighbours.

In Mangistau, this has meant that horses have nothing to graze on and prices of hay and barley have skyrocketed. Some farmers tear wet cardboard into pieces to mix with feed for extra volume.

Horse meat and fermented mare's milk are staples of the Kazakh diet and breeding horses, along with camels, is a traditional occupation in Mangistau.

Gabidolla Kalynbayuly, 70, worked as a sheep herder before retiring in 2002 and setting up a horse farm in Akshymyrau, a village of about 1,300 people.

But 20 of Kalynbayuly's horses have already died this summer, reducing the herd to 150, and many have been weakened by malnutrition, making them vulnerable to parasites and illness.

"When they die out there in the field, we cannot even bring them back to the village to report the death," he told Reuters.

Grazing in the area had been poor for the last three years, he said, but until this year's extreme heat, there was still enough grass for horses to feed on.

A Reuters reporter saw dozens of dead horses during a trip through the area. The ribs of emaciated horses still alive are clearly visible.

Mangistau province as a whole has reported more than 1,000 horse, cattle and sheep deaths and the government has said it is sending barley to the area. 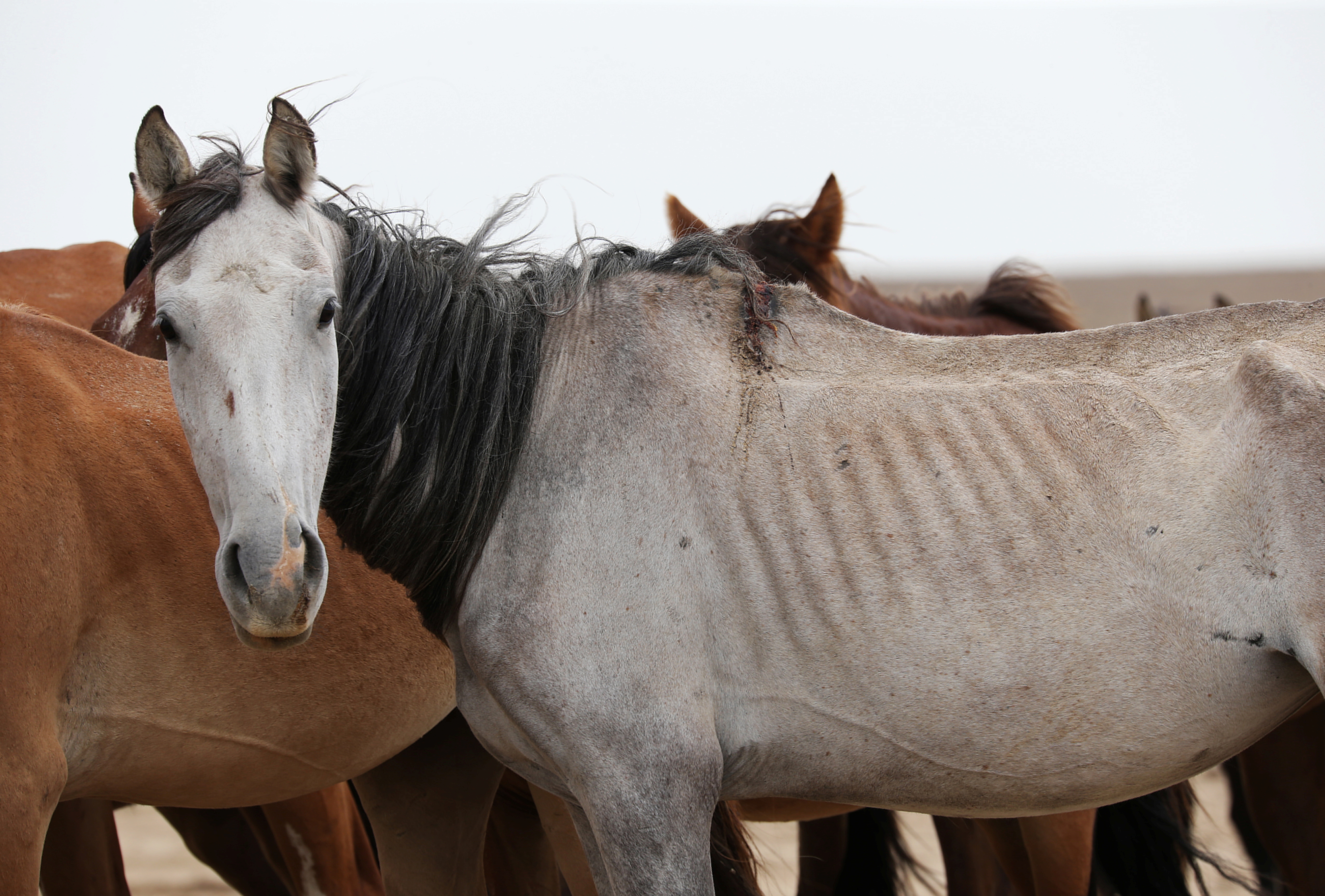 Horses graze outside the village of Akshymyrau amid severe drought in Mangistau region. /Pavel Mikheyev/Reuters

Horses graze outside the village of Akshymyrau amid severe drought in Mangistau region. /Pavel Mikheyev/Reuters

In addition to rising global temperatures, Mangistau is becoming more susceptible to drought because the Caspian Sea, by which it is almost surrounded, is becoming shallower, says environmental scientist Orynbasar Togzhanov, based in provincial capital Aktau on the coast.

"There is ebb and flow, but the sea has not reached its old maximum water level for the last 100 years," he said.

There might be some temporary positives, she said, such as more rain and winter snow in Kazakhstan's northern grain-growing regions predicted by all current models, but agriculture as a whole is considered at risk from climate change.