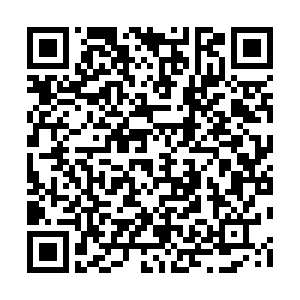 One of Hungary's most famous landmarks has escaped being put on the UNESCO world heritage danger list. The decision came as the heritage committee met for its 44th session, held in the Chinese city of Fuzhou.

Part of the conference is to determine if areas should be granted world heritage status, but the committee also reviews the status of other areas, deciding if they should be placed on the danger list. In some cases areas are delisted entirely.

Historians say Buda Castle, also known as the seat of kings, is the most important place in Hungarian history. The castle and the surrounding areas have been world heritage listed for more than three decades but there are concerns about recent development and reconstruction.

Historian Krisztian Ungvary explained the significance of one of Hungary's most famous landmarks.

"The Buda Castle is like the Tower of London or the Reichstag in Berlin," he said. "Buda Castle is the most besieged fortress in Europe, with 16 sieges, and Hungarian statehood is strongly linked to this site."

Built hundreds of years ago, the castle has undergone many reinventions after being destroyed by war – but some say changes to the architectural style are rewriting history. Ungvary told CGTN one of the issues was that only one of many styles used over the years is being reconstructed.

"The problem with the current reconstruction is that it seeks to make the most artificial, Neo-Baroque, state of things historically eternal. And that raises a lot of questions."

There has also been concern raised that within the castle area parts of the complex are being relocated.

Jozsef Martinko is an architecture journalist and chief editor of Octogon magazine. Explaining that recent reconstruction has gone against the original layout and design, he pointed out the additions and ongoing construction to CGTN.

"Here two buildings have been rebuilt," he said. "The barracks building behind us was the barracks of the Guard. And the riding stables behind it – they were not here before; 10 years ago, there was nothing here."

His biggest concern is that these changes are being made for political reasons, not architectural or monument protection.

Budapest's Castle district and buildings along the banks of the Danube were given UNESCO World Heritage listing 34 years ago as "outstanding urban landscapes" that illustrate "great periods of history." It means building investment must be focused on restoration, rather than demolition and reconstruction.

UNESCO has been looking into issues around construction and monument protection and while the areas remain on the World Heritage List, the committee will reassess them in a year's time.

Castle Headquarters, which manages the castle itself, says the National Hauszmann Program is revitalizing the buildings that stood in the area at the turn of the 19th and 20th centuries – which it calls the heyday of the Buda Castle District.

While the headquarters does not look after specific areas of concern like the guard house, a spokesperson told CGTN that the organization is pleased none of Budapest's sites have been placed on the danger list.