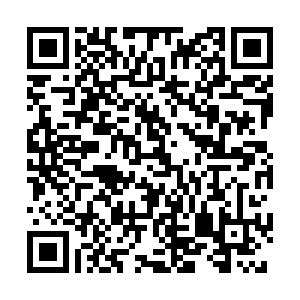 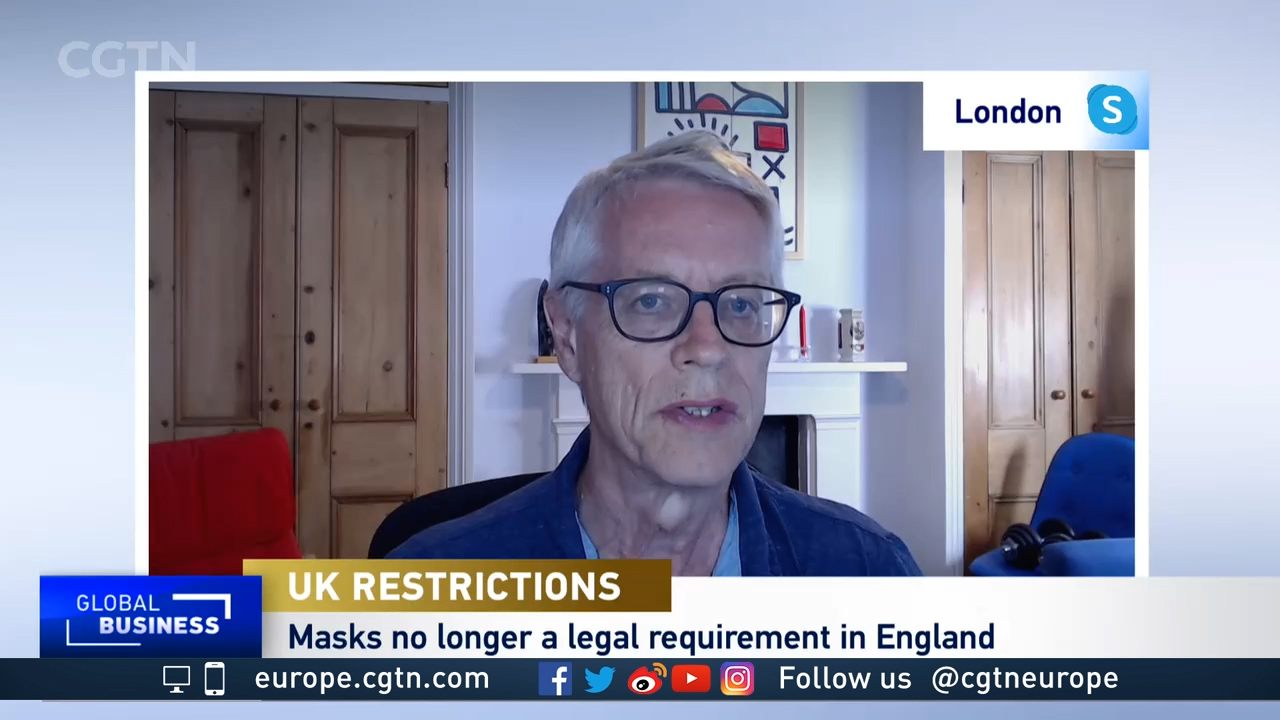 The UK government's decision to lift all COVID-19 restrictions in England at a time when case numbers remain near record highs, has been described as an "immense gamble with people's lives," by a public health expert from University College London.

Robert West, emeritus professor of health psychology in UCL's Department of Epidemiology and Public Health, told CGTN Europe, that in his view, the move was "literally madness."

But UK Prime Minister Boris Johnson said the widespread vaccination program has worked well and has meant that fewer people with COVID-19 were now needing hospital treatment, or dying.

At the start of June, around 120-150 people per day were being admitted to hospital, compared with more than 700 in most recent days. Although the figures have increased, they remain below the 4,000 people being admitted on some days during January's peak.

Deaths were averaging around eight a day in the first week of June and have increased to about 63 a day. Although these figures have also increased, they remain far below the January peak, when more than 1,000 people with COVID-19 were dying on many days.

Johnson said that with summer weather allowing more outdoor activities and schools closed for their break, despite the high case rates, this week was the best time to lift restrictions, asking: "If not now, when?"

The theory is that widespread vaccination, plus the large numbers of people getting COVID-19, will mean "herd immunity" to COVID-19 can be reached – although government scientists admit they are not sure how high the daily case rates will go before it is reached and this wave "burns itself out."

West said that with cases, deaths and hospitalizations all rising, he did not think that getting rid of remaining COVID-19 restrictions – such as the requirement to wear a mask in enclosed public spaces, or social distance – was a good idea.

He said: "On the last couple of occasions when we've had these waves, the only thing in this country that brought the infection rates down was locking down. And that's the last thing we want to do.

"So if we open up now, which we have done, we will see that all of these figures are going to go up even faster and we don't know where they will end.

"The government's epidemiologists have said there's huge uncertainty about where this will end, before we get to a point where the disease naturally plays itself out.

"So, for all kinds of reasons, it is literally madness."

On the removal of specific measures, such as wearing face masks in enclosed public spaces, he said: "I mean, that's not a panacea, but the evidence is there pretty strong that that makes something of a difference.

"Personally, I'm really sorry for the owners of these businesses, of nightclubs and so on, but having large numbers of people in close proximity to each other is an absolute breeding ground for the virus. So I'm afraid opening up these venues is pretty foolish."

He said he hoped the government would do more to get people to long-term risk measures such as ensuring places are properly ventilated.