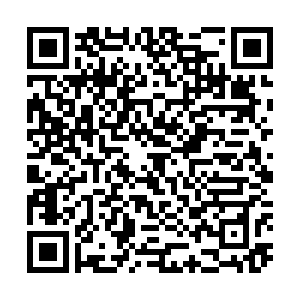 Theaters in England can finally fill their seats after COVID-19 restrictions come to an end. Not all are choosing to though.

It has been a dark 17 months for the Questors Theatre in west London. The lights are now back on though and audiences have been steadily returning for some time.

Questors is an amateur venue that relies principally on donations and membership fees to stay afloat.

This summer it is filling the calendar with new performances every two weeks. With growing uncertainty about how long the window for reopening will last, the plan is to cash in while they can.

For the cast of The Children, the pandemic has been a massive slap in the face. Actors were selected last October and the original plan had been to start their live run in January.

England's national lockdown put paid to that. So instead, they finally began their seven-night run in July, after nine months of preparation. None of them has ever worked on a production for this long.

Director Roger Beaumont joins a long list of names that includes Andrew Lloyd-Webber criticizing the lack of state support for theaters during the pandemic.

"They've done their best to kill us," says Beaumont, although he notes he is wary of becoming too political.

Ultimately, the team is just relieved to be back on stage.

"It's been a very tough time for everybody involved in theater," he says.

Beaumont can only hope that the worst is over. With tens of thousands of new COVID-19 cases being reported across the UK every day again, the outlook looks increasingly unpredictable.

The theater management is wary, too. Venue director Alex Marker and his team made the call to keep social distancing in place voluntarily in a bid to reassure audiences enough to bring some back.

"We prepared our summer season on the proviso that we are still capping audiences at 120," Marker says.

"People are still wearing masks, they're still socially distanced, and the one-way system stays. Casts are six or under because we didn't want to be in the position where they said 100 percent capacity could happen and then suddenly 'actually no, it's 50 percent again next week.'"

Monday was called "Freedom Day" in England – the date on which most coronavirus restrictions would come to an end.

That is not quite how they are framing it at Questors – and neither are some of the most famous theater companies in the land.

The Royal Shakespeare Company, for example, has built a whole new outdoor space in a nod to the possibility of continued uncertainty.

The UK government's chief medical officer Chris Witty is among the experts who have warned the pandemic is far from over.

So, despite all the precautions it is taking, Questors is still seeing only a trickle of visitors.

The government's promise was that after three lockdowns, there would be no going backwards.

England’s theaters are hoping for the best but still preparing for something short of it.