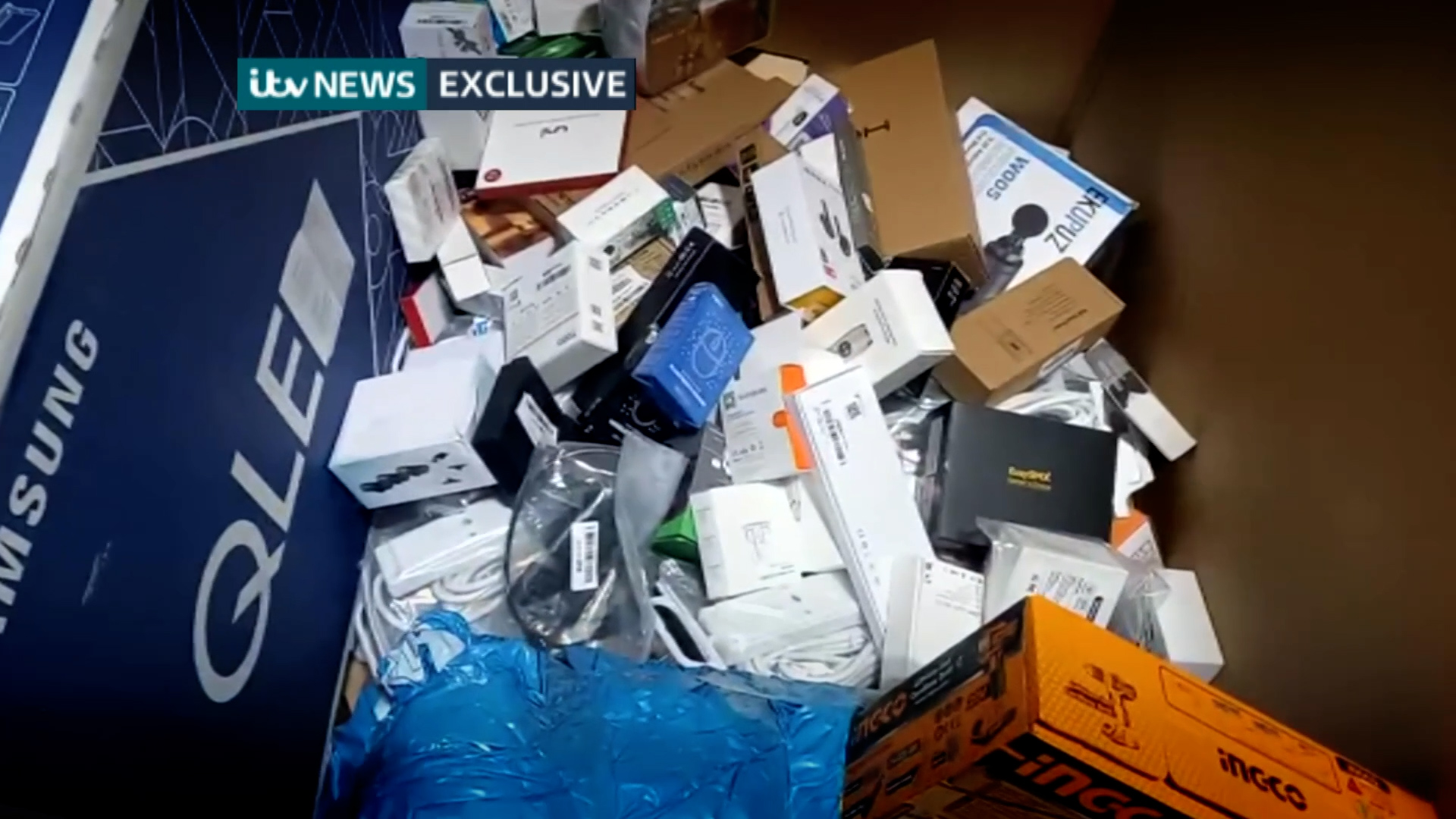 Have you ever wondered what happens to unwanted items you return to Amazon? An investigation by the UK's ITV News has revealed millions of brand new and unused items are simply being thrown away by the company.

Amazon has defended its business model, insisting it is working towards zero waste.

Secret footage was captured in what's known as the "destruction zone" in one of Amazon's biggest UK warehouses in Dunfermline, Scotland, where millions of perfectly good products each year are sent to be destroyed.

It calls into question the company's environmental and ethical practices. As the ITV News investigation reveals, unsold laptops are scanned not for delivery but instead marked "destroy," along with boxes full of electrical items, such as drills, shavers, headphones and smart TVs.

One former employee, who wished to remain anonymous, revealed the scale of what they are asked to do. "From a Friday to a Friday, our target was approximately 100,000 to 130,000 items a week," they told ITV News.

"There's no rhyme or reason to what gets destroyed. Dyson fans, hoovers, the occasional MacBook or iPad. Or the other day, 20 bins filled with thousands of COVID masks still in their plastic wrappers. Overall, I'd say 50 percent of all items seem to be unopened and still in their shrink-wrap. The other half are returns but in good condition," the employee said.

Undercover filming showed a manager's spreadsheet from April at the Dunfermline depot – 124,000 items to destroy that week. Amazon does donate items to charity but, over the same period, that figure was just 27,000.

The practice is not illegal. In a statement, Amazon said: "We are working towards a goal of zero product disposal and our priority is to resell, donate to charitable organizations or recycle any unsold products. No items are sent to landfill in the UK. As a last resort, we will send items to energy recovery, but we're working hard to drive the number of times this happens down to zero."

Environmental groups have condemned what they call unnecessary waste and Amazon's business model's reliance on disposal culture. And now the UK Prime Minister is promising to investigate. "It sounds incredible to me and an indictment of a consumerist society," Boris Johnson told ITV News.

"If it's as you say, we will look into it. Obviously, we don't like stuff going to landfill under any circumstances," he added.

In November, the UK is hosting the largest ever climate conference in Glasgow, just 40 miles from Dunfermline. Both countries and companies have much to work on.