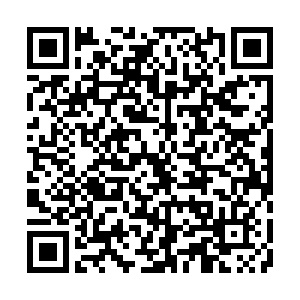 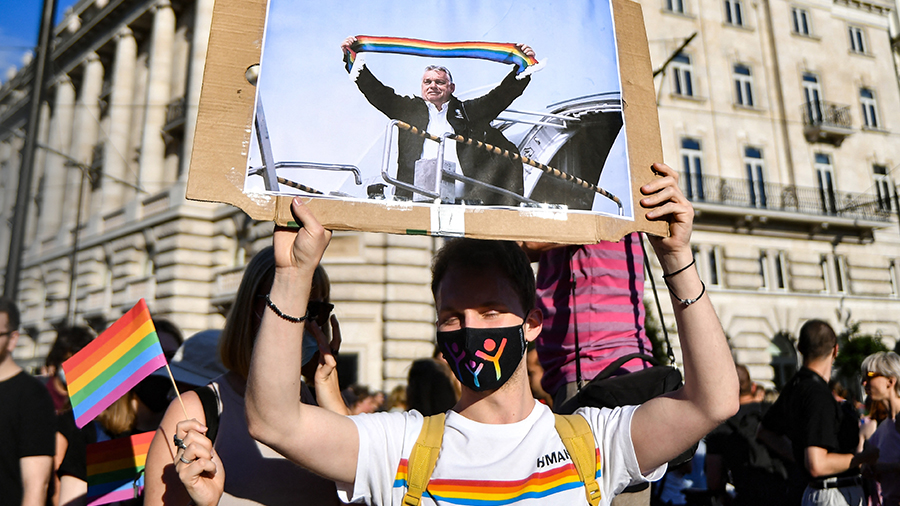 A demonstrator holds a sign showing Hungarian Prime Minister Viktor Orban holding a scarf in rainbow colors, during a protest in front of the parliament building in Budapest. /GERGELY BESENYEI/AFP

A demonstrator holds a sign showing Hungarian Prime Minister Viktor Orban holding a scarf in rainbow colors, during a protest in front of the parliament building in Budapest. /GERGELY BESENYEI/AFP

Hungary has been condemned by 13 of its EU counterparts over new legislation banning the display and promotion of homosexuality and gender change among under-18s.

The statement has been released following an Article 7 disciplinary process, which looked at whether Hungary had breached core EU values.

The Hungarian government passed the law last week with a vote of 157-1. One independent lawmaker voted against it and all other opposition parties boycotted the voting session in protest.

Ahead of meeting with other EU ministers, Germany's Europe Minister Michael Roth told reporters the move was concerning.

"The latest decisions of the Hungarian parliament are, in our view, very troubling because they clearly go against our EU values. A respectful approach to minorities, also sexual minorities, should be in no doubt and of course we will associate ourselves with this initiative. There is absolutely no dispute, we must send a clear signal today," he said.

In Hungary, thousands of people have attended protests against the new law. The legislation has drawn further criticism as it was included as part of a bill that strictly penalizes paedophilia, conflating the two issues. Major broadcasters have also raised concerns, saying it will affect what programs and adverts they can air.

Hungary's government has defended the law, saying it does not infringe on the rights of LGBT adults.

Before meeting with his counterparts to discuss the legislation, Foreign Minister Peter Szijjarto told the media the law is designed to protect children – accusing politicians and the media of spreading misinformation.

"It cannot happen, it cannot happen, that once my son comes back home from school and he is being orientated by propaganda in a way which I don't want him to be faced with until the age of 18, this is our way of thinking."

He added: "You know, it has been voted in by almost 100 percent in the Hungarian parliament and one must respect that. Because this is a national competence and this national competence should not be challenged. And, once again, my advice is: read the law and do not circulate fake news."

Meanwhile European football's governing body UEFA has turned down a request to light up Munich's football stadium in rainbow colors for Wednesday's Euro 2020 clash between Germany and Hungary.

The mayor of the city had wanted to light the stadium to show solidarity with Hungary's LGBT community but UEFA said it must decline the request, as it does not have political or religious affiliations.

Instead, UEFA has proposed the stadium could be illuminated with rainbow colors on June 28 or early July for Christopher Street Day. A petition is gaining momentum online for the stadium to still be lit in rainbow colors despite the decision.

Szijjarto said: "I believe that it's extremely harmful and dangerous when anyone wants to mix politics with sport." He also accused Western Europe of getting involved with Hungary's decisions and using sport to do so. 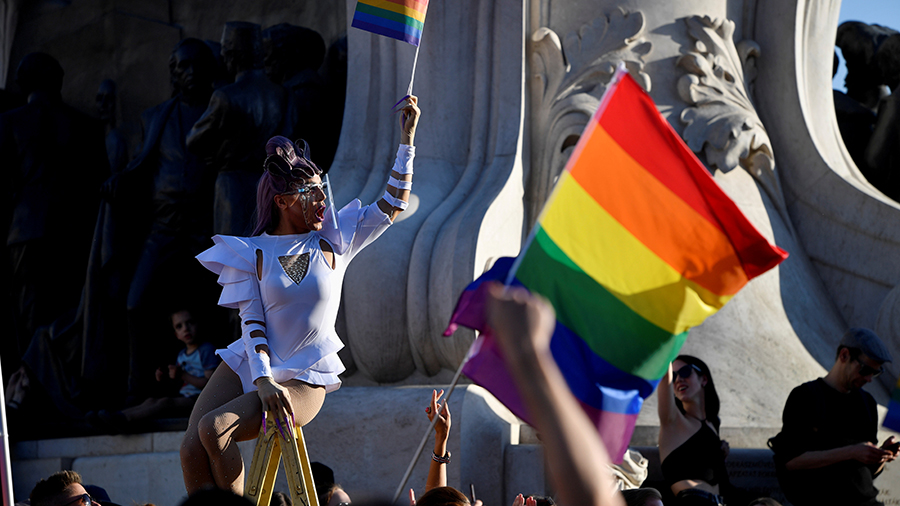