Download
China will not be swayed by critics, ambassador to UK vows
CGTN 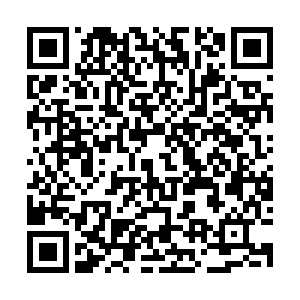 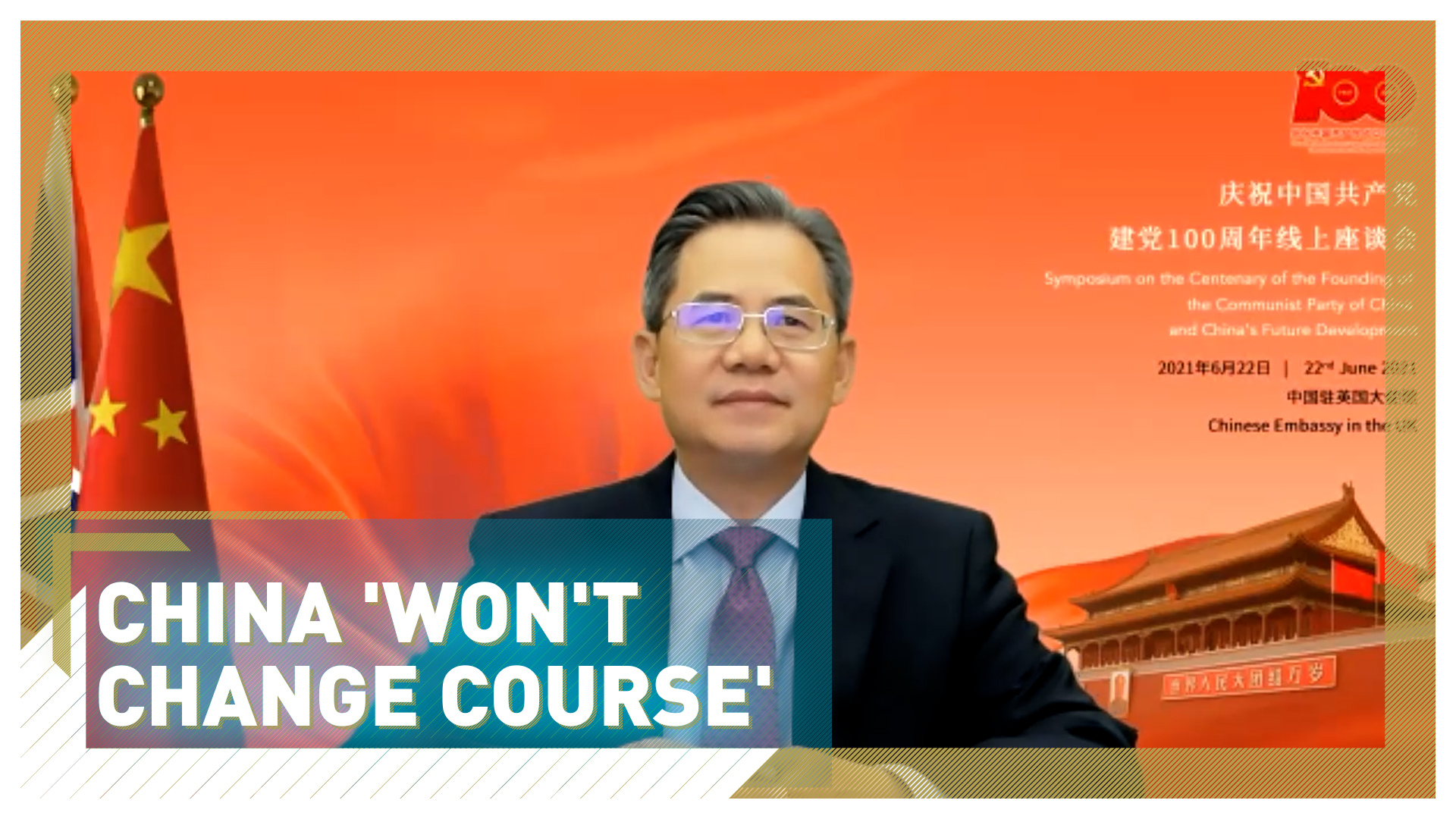 China is committed to the peaceful development of its people and will not change course, despite attacks from international politicians, the country's ambassador in London has said.

In a speech to mark the 100th anniversary of the foundation of the Communist Party of China (CPC), Zheng Zeguang said attacks on China were unjustified and urged the international community to work together to tackle common challenges.

"Against the background of the worst pandemic in a century and profound global changes unseen in a hundred years, and amid increasing global challenges, China will continue to uphold the spirit of 'a community with a shared future,' and play an active part and make a new contribution to the reform and improvement of the global governance system," Zheng told a virtual audience.

"We remain committed to doing the right thing and following the path of our own choice, because we firmly believe that ours is a just cause, and a just cause is invincible. History has proven this to be true and will again prove it true," he added.

Space 'race' no more: Why collaboration is the future 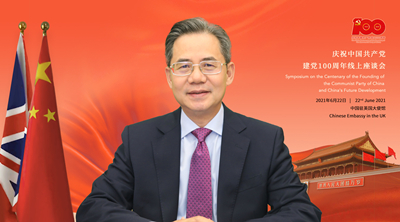 Zheng Zeguang at the Symposium on the Centenary of the Founding of the Communist Party of China and China's Future Development. /Chinese embassy in UK

Zheng Zeguang at the Symposium on the Centenary of the Founding of the Communist Party of China and China's Future Development. /Chinese embassy in UK

Tensions between China and a group of Western nations led by the U.S. have increased recently following strongly worded statements from the G7 industrialized nations and NATO, which targeted aspects of Beijing's domestic policy.

The G7 communique, issued in Cornwall, UK, demanded China respect the rights and freedoms of its citizens in the Xinjiang region and in Hong Kong. For its part, NATO said China posed "systematic challenges" to its members' interests.

China has rejected criticism in each of those areas, saying the charges are untrue and in any case relate to internal matters in which foreign powers have no cause for involvement.

"This farce is causing a series of negative effects. It is preventing the people of Western countries from knowing the truth. It is misleading people's minds. It is also creating estrangement and confrontation between major countries," Zheng said. "Just as previous attacks against the CPC, this new disinformation farce of certain Western politicians is doomed to failure."

Highlighting the CPC's record of uniting the Chinese people to defeat enemies as diverse as Japanese invaders and extreme poverty, Zheng also noted China's contribution to supporting the global economy during periods of recent turbulence.

Addressing the people of the UK, he urged them to see China as an opportunity for development and not a threat, particularly with regard to common challenges such as the coronavirus pandemic, economic headwinds and climate change.

"We must focus on cooperation, handle differences properly and join hands to bring China-UK relations back to the track of sound and steady development," he said.