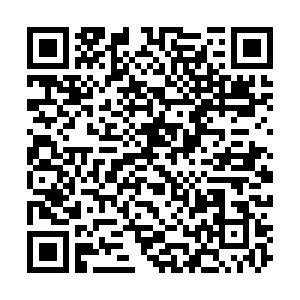 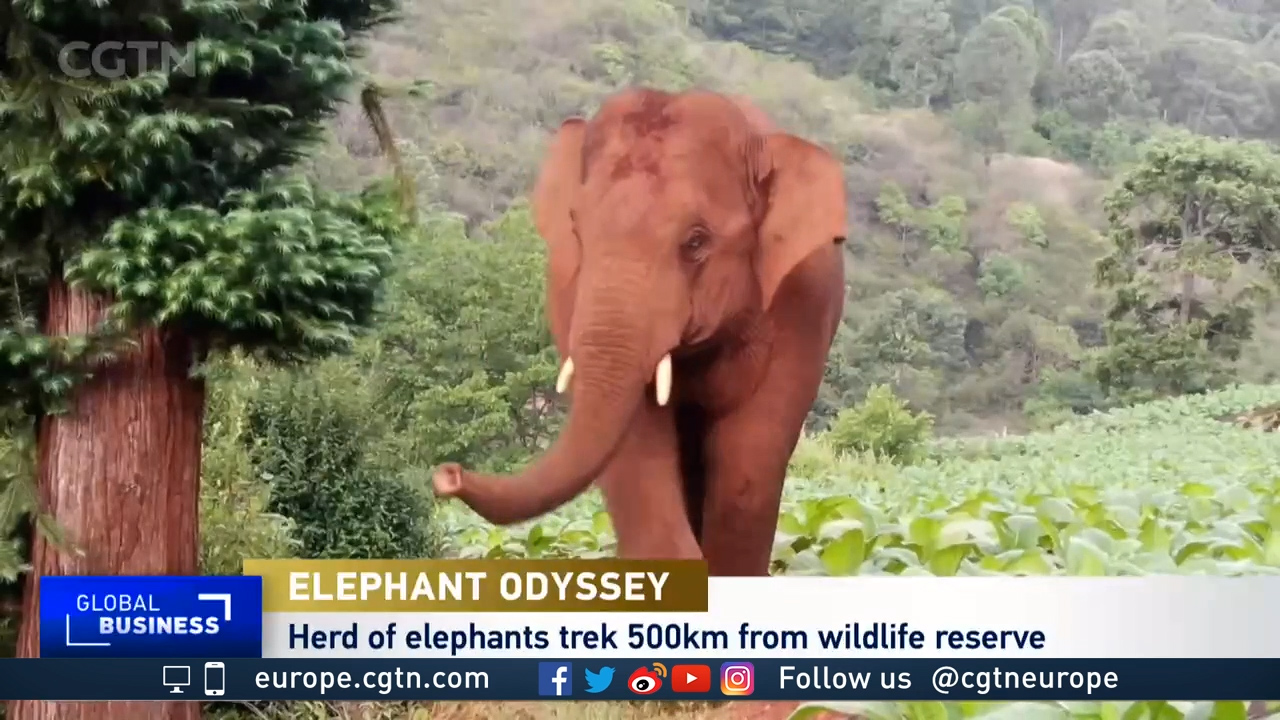 For the past year, a herd of elephants traveling across China has captured the imagination of the world.

But while their day-to-day movements are meticulously tracked and documented, there is one question that remains a mystery – why are these elephants making the journey in the first place?

Some have suggested they started on their 500 kilometer trek from their original home, the Xishuangbanna national nature reserve in southwest China, because they were looking for food.

Others suggest that the herd's leader became lost. Others have questioned if there was a problem with their original habitat.

Now, Iain Douglas-Hamilton, a senior research associate of Zoology at the University of Oxford and an authority on African elephants, has added another possibility to that list.

"The elephants are heading back in the direction where they used to live 1,500 years ago," Douglas-Hamilton told CGTN Europe.

"I do not know if there have been recent movements like that. I haven't heard of them. So, it's an unusual migration, but, intriguingly, it's going in the direction from whence they came." 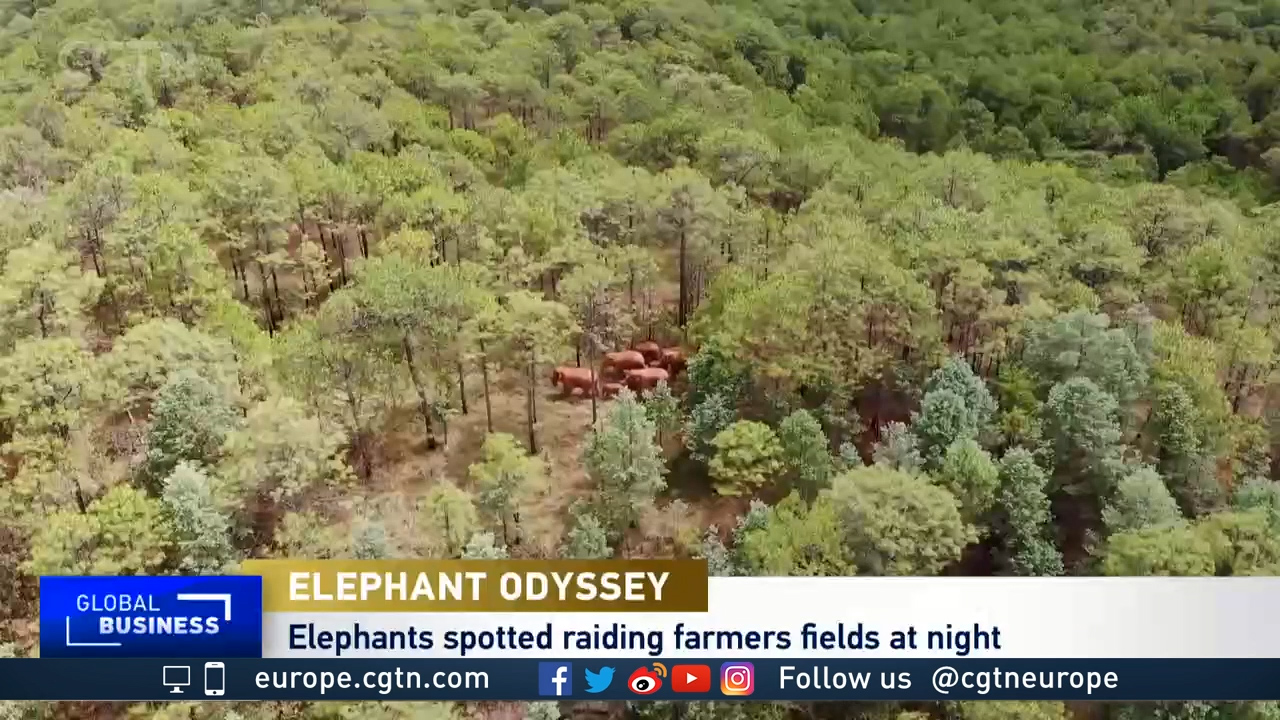 The elephants are being monitored on their long journey. /CGTN

The elephants are being monitored on their long journey. /CGTN 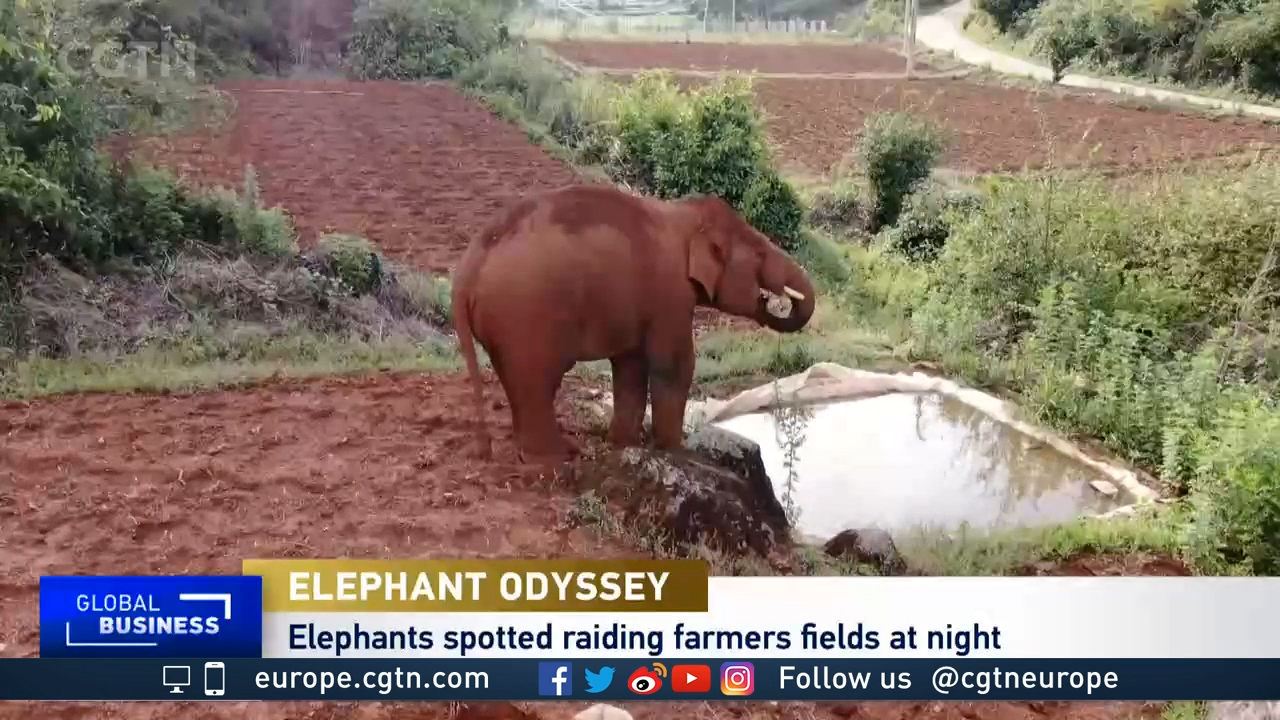 Stopping for a drink on some farmland. /CGTN

Stopping for a drink on some farmland. /CGTN After all that walking, they need a good sleep. /CGTN

After all that walking, they need a good sleep. /CGTN

If this is intentional, it would be a miraculous feat because, unlike birds, elephants do not have a programed map of their migration paths.

"Birds seem to be hard-wired with the idea of the migration route and some of them can go on to a very complicated migration without ever being taught it," Douglas-Hamilton added.

"Elephants have a long childhood where they grow up and they learn from their parents. So, the movements are led by the eldest."

Since the elephants left their homes, they have caused an estimated $1.1 million worth of damage and forced the temporary evacuation of around 3,500 people. But despite this, the world has been transfixed on their journey. And that is because "elephants have a worldwide fan club," Douglas-Hamilton said.

"So, I think people are aware that the animals are conscious, very conscious. That they think their own thoughts and they have a lot of very interesting behaviors, amazing social behavior towards each other."

The wild elephant population in southwest China has steadily increased since the 1980s, from 193 than to 300 now.