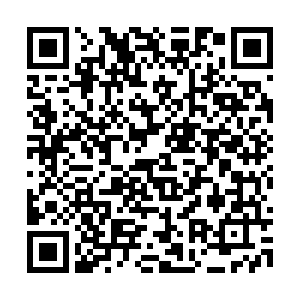 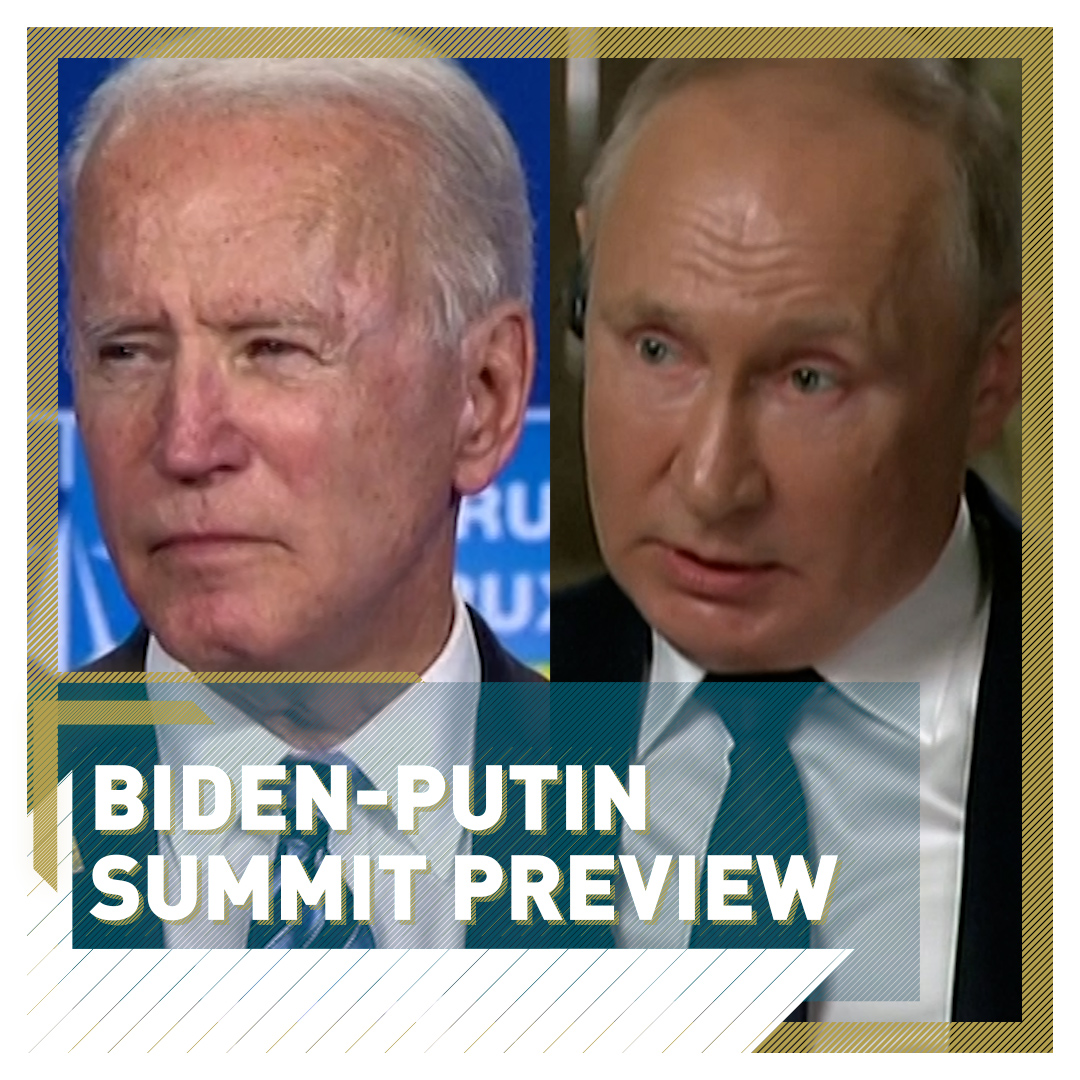 Russian President Vladimir Putin and his U.S. counterpart Joe Biden meet in Geneva on Wednesday, at a time when the relationship between the two countries is at its most tense since the Cold War. So what are the critical issues between two of the world's great powers?

Accusations of election fraud and cyberattacks

For Washington, a key complaint is what it characterizes as persistent and combative Russian cyberactivity, namely alleged interference in elections that the U.S. says has been carried out either by Russian security services or hackers with links to the Kremlin.

Biden's administration brought sanctions against Russia in April in response to the SolarWinds cyberattack that targeted federal organizations and more than 100 U.S. companies.

At the same time, Washington also levied penalties against Moscow, accusing it of meddling in the 2020 presidential election.

Russia has consistently denied the claims, and in turn, has accused Washington of backing opposition groups opposed to the Kremlin and backing organizations critical of Russian authorities.

If NATO has declared cyberspace an area of combat, then that means they are planning something there
-  Russian President Vladimir Putin, June 15, 2021 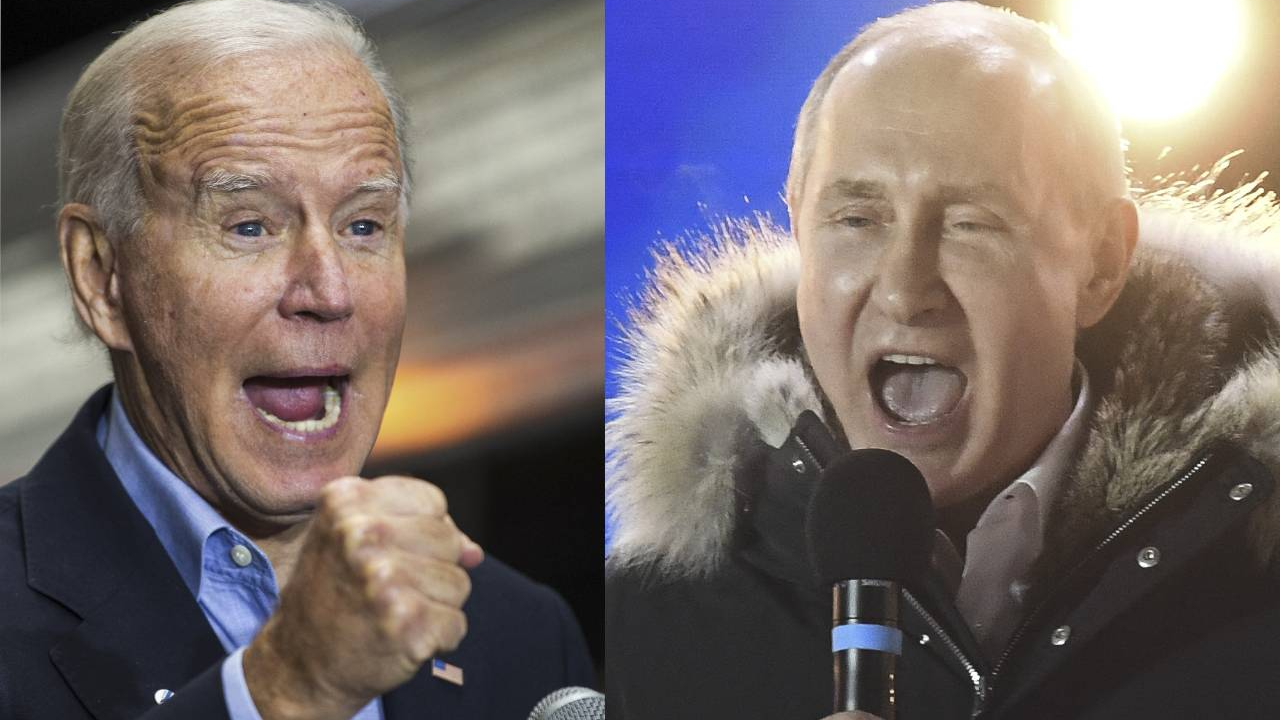 The Kremlin has been a longstanding critic of NATO's expansion, which throughout the 1990s and 2000s incorporated countries close to and along Russia's borders, like Latvia, Estonia, and Lithuania.

Two countries with which Russia has had conflicts with recently – Georgia and Ukraine – have also declared their intention to join the military alliance.

"At least 50 percent of Ukrainian residents don't want entry into NATO, and these are smart people," said Putin in a recent interview, adding: "They understand, they don't want to wind up on the firing line. They don't want to be bargaining chips or cannon fodder."

Ukraine President Volodymyr Zelenskiy gave Biden an ultimatum on their pending NATO membership, asking Washington for a "yes" or "no" on the issue.

The U.S. president, in turn, said it "remains to be seen" whether Ukraine will be admitted, demanding the country must "clean up corruption" first.

Ukrainian President Volodymyr Zelensky talks to journalists ahead of the summit. /Sergei Supinksy/AFP

Ukrainian President Volodymyr Zelensky talks to journalists ahead of the summit. /Sergei Supinksy/AFP

Although Moscow and Washington have accused each other of breaching security agreements in recent years, this is still one area in which the old Cold War foes have found common ground.

In June, Putin formally removed Russia from the Open Skies agreement that allowed signatories to fly surveillance flights and share results with allies after the U.S. exited last year.

But in February Putin and Biden extended the New START nuclear treaty – the last remaining arms reduction pact between Russia and the United States.

Putin has warned of a new arms race and made much of Russia's next-generation weapons, which he says render Western missile defense systems obsolete.

Tensions persist over conflicts in Syria, Libya and Ukraine. In April, Russia amassed more than 100,000 troops near the Ukrainian border and in Crimea, prompting NATO warnings.

Biden insisted this week he was "not looking for conflict with Russia, but that we will respond if Russia continues its harmful activities."

Biden has said he will reiterate Washington's commitment to "human rights and dignity" at the summit and has repeatedly voiced support for Russia's increasingly embattled opposition.

Ahead of the summit, Biden said it would be a "tragedy" if Putin's main opponent, Alexei Navalny, were to die.

Russia's opposition has been hit with a series of legal decisions that have reversed years of work to garner support across the country. Navalny is serving a prison term in a penal colony.

Putin has accused Washington of "double standards" and seeking to interfere in Russian domestic affairs.

He defended protesters who stormed the Capitol, saying they had legitimate political demands, and has said he would not be lectured on human rights by Washington. 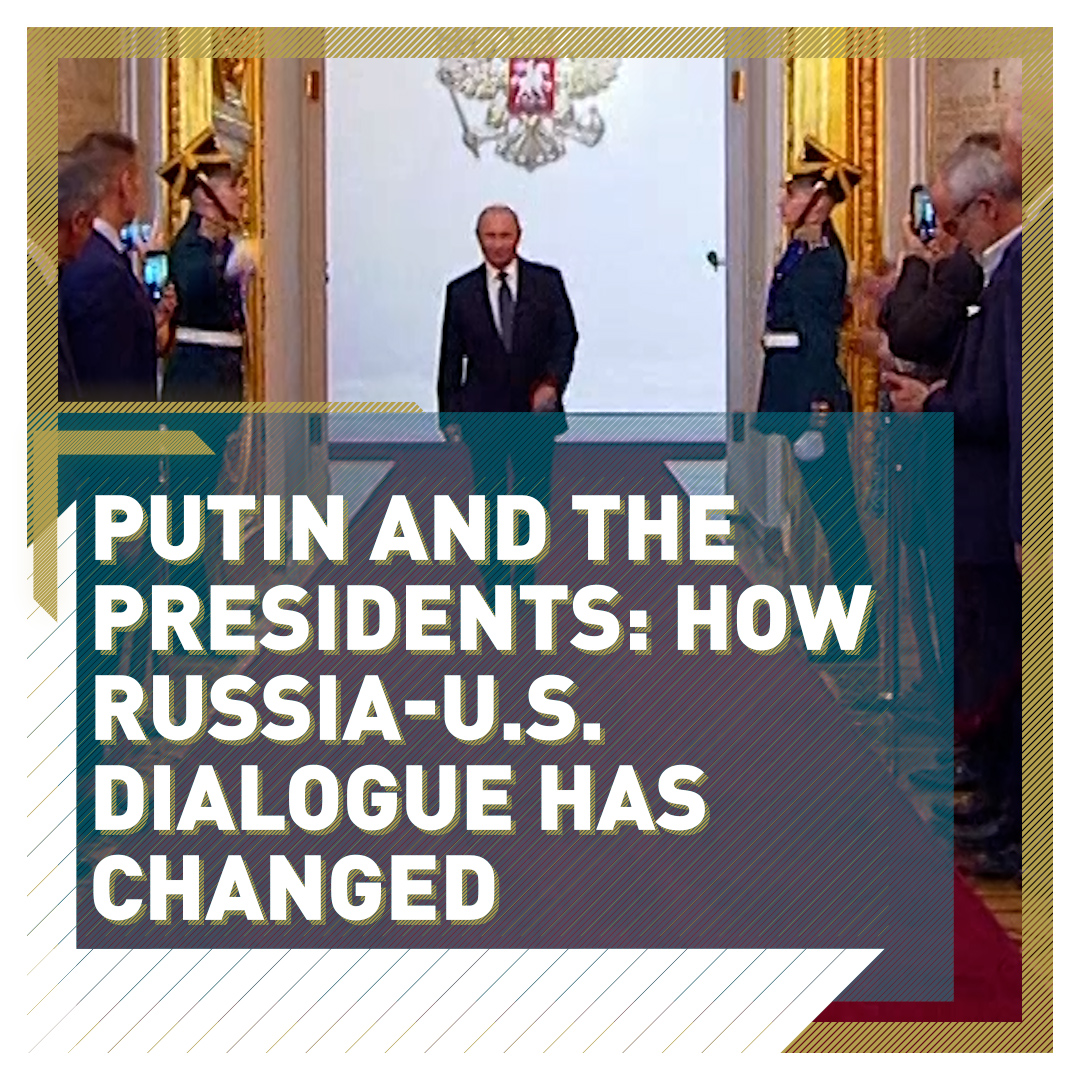 Ahead of the summit, Putin renewed an offer to swap prisoners after Biden said U.S. citizens detained in Russia would be on the agenda.

Former U.S. marine Paul Whelan was jailed for 16 years by Russia for espionage. He has urged Biden to arrange an exchange and said he was a victim of hostage diplomacy.

Another U.S. citizen, Trevor Reed, was sentenced to nine years in prison in 2020 on charges of assaulting Russian police officers while drunk.

Moscow could be eyeing the return of Viktor Bout, a notorious Russian arms dealer imprisoned by the U.S., along with a contract pilot and alleged drug trafficker Konstantin Yaroshenko.

Bout, known as the "Merchant of Death," is thought to be the inspiration for the title character in the 2005 Nicolas Cage film Lord of War.

His elderly mother has appealed to both Biden and Putin to negotiate her son's release so she can see him again before she dies.