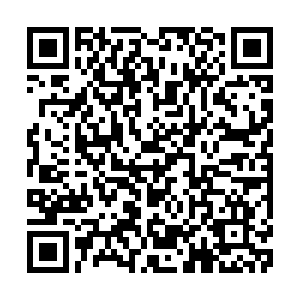 Although European countries have been streamlining and merging their working practices for decades, the business of waste remains a matter for national or local governments – and attitudes towards waste disposal differ widely between countries.

A quick look at the European waste map tells us that the main waste disposal methods across the continent are landfill, incineration and recycling. 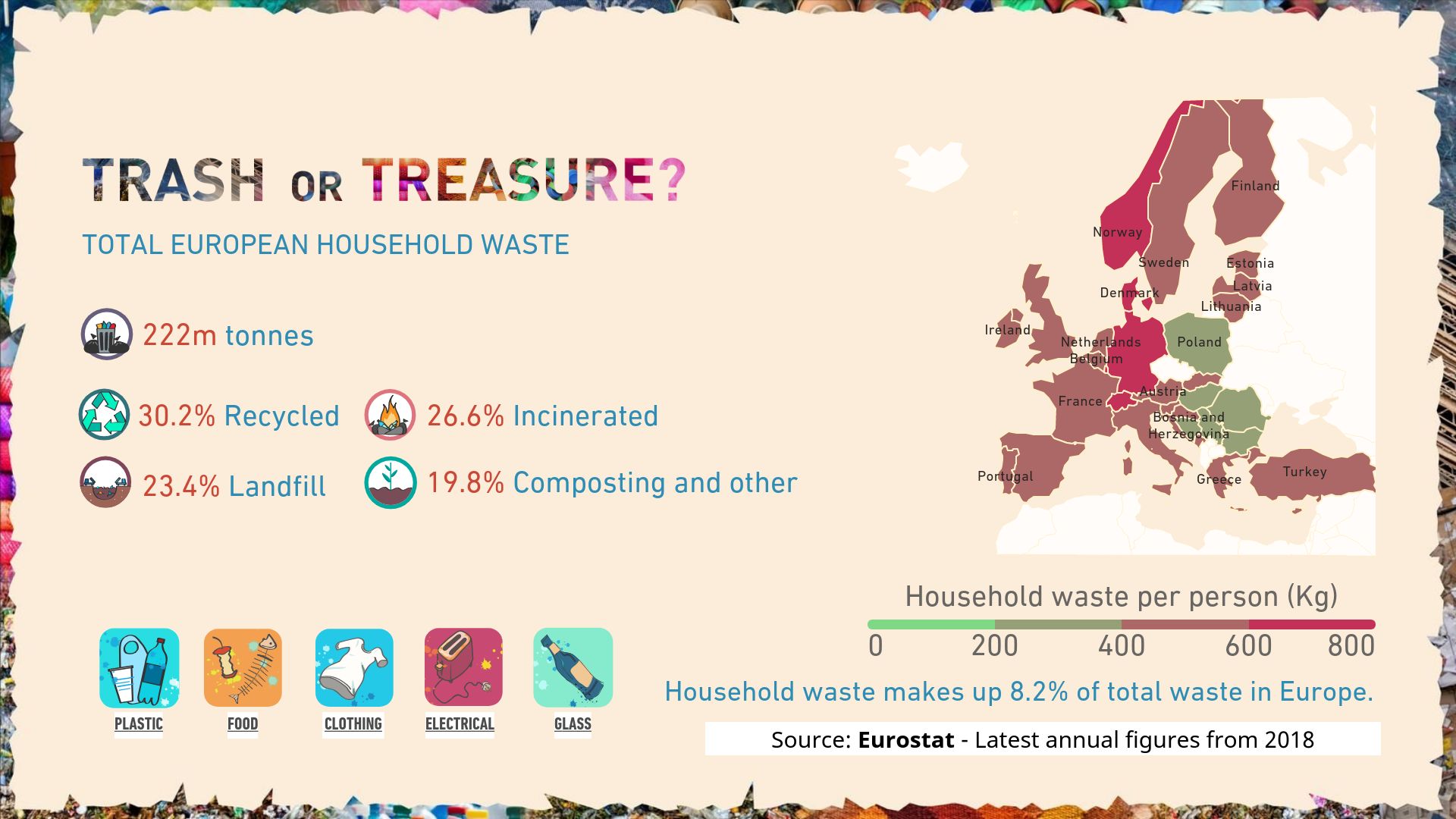 Few would argue against recycling, but a fierce debate continues surrounding landfills and incineration.

The main problem with landfills, apart from the obvious space and odor issues, is the production of methane – the U.S. Environmental Protection Agency estimates that methane emissions have an effect on global warming up to 86 times higher than CO2 over a 20-year period. But landfills are cheap to build and modern landfills can now prevent the leakage of harmful gases.

Incineration has modified too to become a potential source of energy. According to a recent MDPI journal, waste-to-energy plants have the potential to prevent up to 50 million tonnes of CO2 emissions that would otherwise have been generated by fossil fuels. But these plants are expensive to build and need a lot of trash to fuel – and there is a growing concern that this will discourage more extensive recycling practices.

As the debate rages, trash can have a very different life cycle depending on where you live in Europe. Northern countries such as Germany, the Netherlands and Austria have dispensed almost completely with landfill as a destination for waste and are enthusiastically embracing the waste to incineration or 'energy recovery' option. Countries in southern Europe still use landfill for the majority of their waste and some countries in the east are finding that joining the disposable culture of capitalism has come at a cost as their infrastructure buckles. Former beauty spots and pristine rivers are overflowing with unprocessed trash.

European waste disposal is a complex problem and has become even more pressing since 2017. That's when China, previously the recipient of much of the world's recyclable waste, cut down severely on the amount it took in – and forced European countries, among others, to urgently reassess their waste disposal strategies. 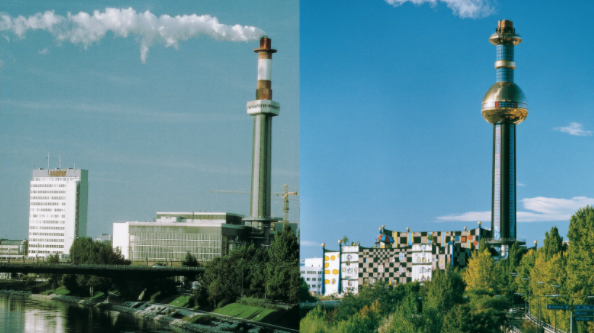 Vienna upgraded its city incinerator, inside and out. /Wien Energie

Vienna upgraded its city incinerator, inside and out. /Wien Energie

One country that usually scores very well in the European waste management table is Austria. CGTN Europe correspondent Johannes Pleschberger is based in Vienna and explains how waste recycling works in his home country.

"Here in Vienna, each building complex has its own bins for paper, for general waste, and often also for organic waste," he says. "Recycling bins for glass, metal and plastic packaging can be found on street corners in Vienna."

But what's in his trash can? "I can see leftover food, plant trimmings, an old toothbrush, and actually most of it is plastic, especially packaging material from online deliveries. According to EU statistics, only one-third of plastic packaging waste is recycled in Austria, which is a problem because Austria has one of the highest amounts of plastic waste per capita in the European Union.

At Vienna's architecturally impressive incinerator, some of the things the locals have thrown away are saved and sold in an on-site store, where shoppers can pick up bargains – treasure from other people's trash. 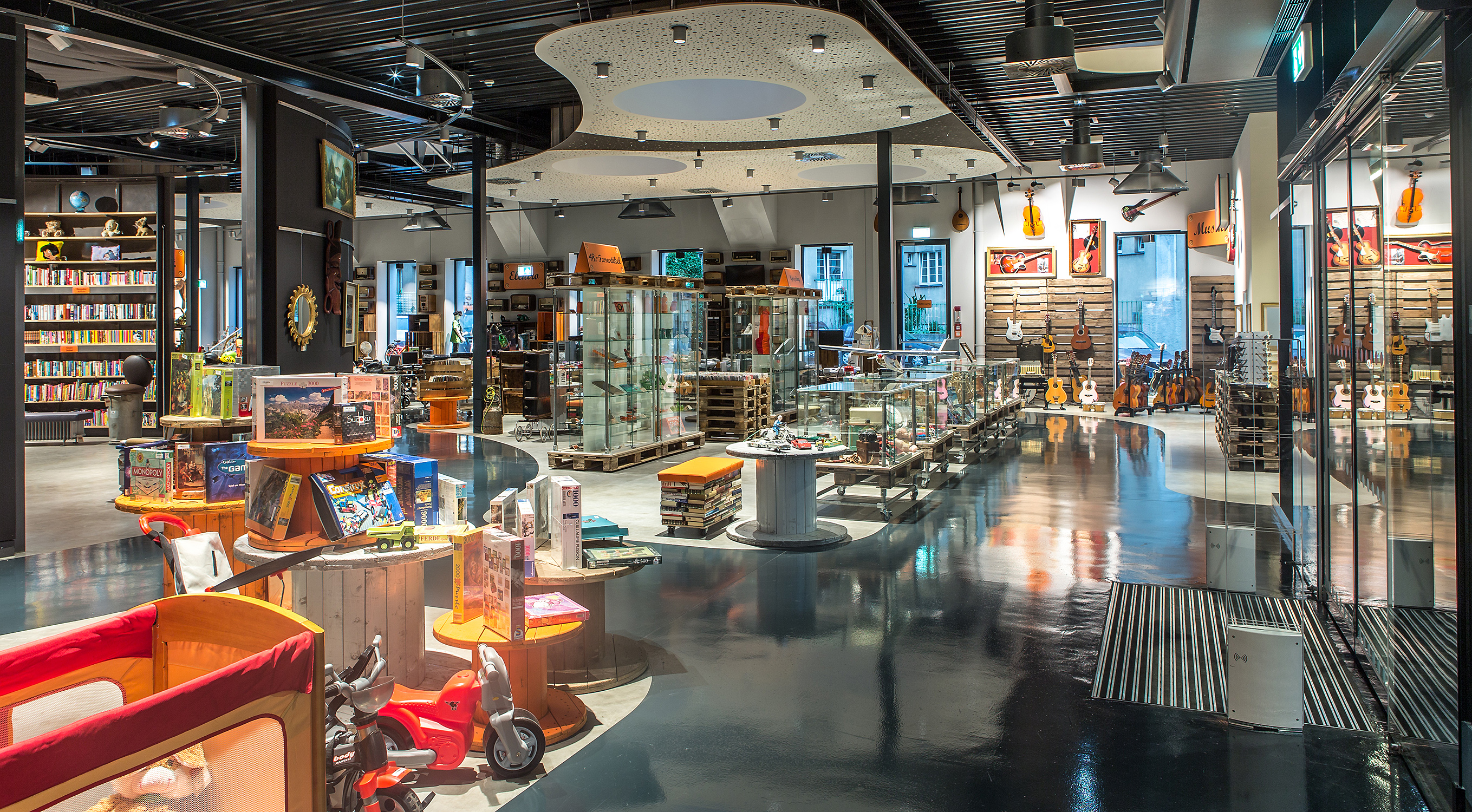 Vienna's new incinerator includes a shop: Why burn what we can reuse? /Christian Houdek

Vienna's new incinerator includes a shop: Why burn what we can reuse? /Christian Houdek

Vienna is often seen as a poster child for innovative waste management. Since the 1990s, Austrians have dramatically cut the amount of waste they send to landfills – even passing laws to restrict their use. Recycling is encouraged but the city also incinerates large quantities of household rubbish to create energy for heating and, more recently, air conditioning. 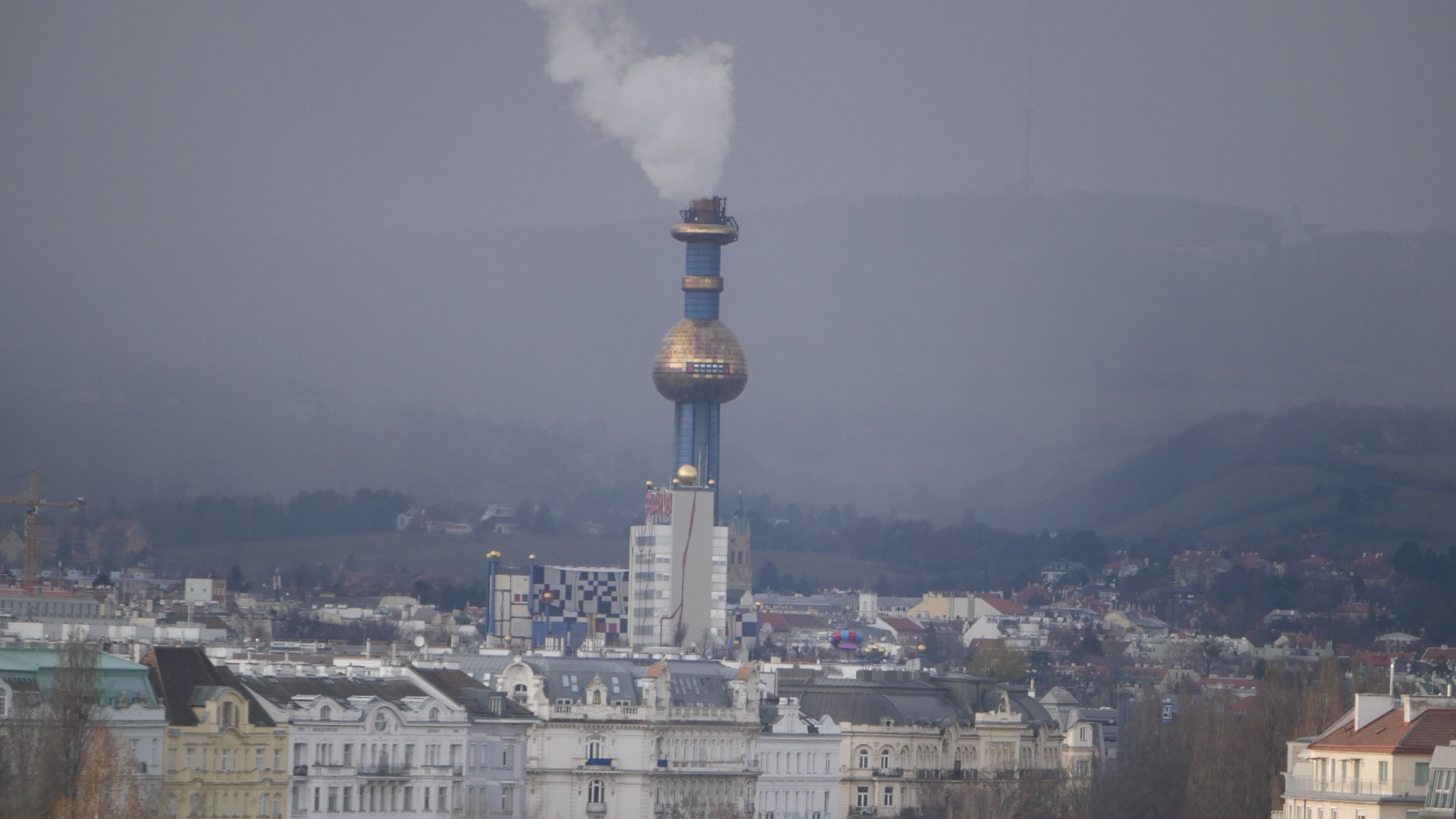 "They call it 'district cooling' – it is much more efficient and environmentally friendlier than conventional air conditioning, but it is not very well-known," explains Pleschberger. Vienna, which has been named the world's greenest city, believes that district cooling will be playing a key role in decarbonizing the energy market.

"Vienna is one of the cities most affected by climate change in Europe. The summer temperature is expected to rise by 7.6 degrees Celsius in the next 30 years," he continues. "This is why the Austrian capital is now expanding its district cooling network. With the help of waste incineration, a cooling liquid is produced to lower room temperatures in hotels, offices and flats."

Although Vienna's district cooling network is currently relatively small – especially compared to its district heating networks, one of Europe's largest – it is being expanded thanks to a $100m investment to build a ring around the city center.

Indeed, Fellner says the incineration of a Viennese's entire annual waste creates the same amount of emissions as driving a car 100 kilometers. 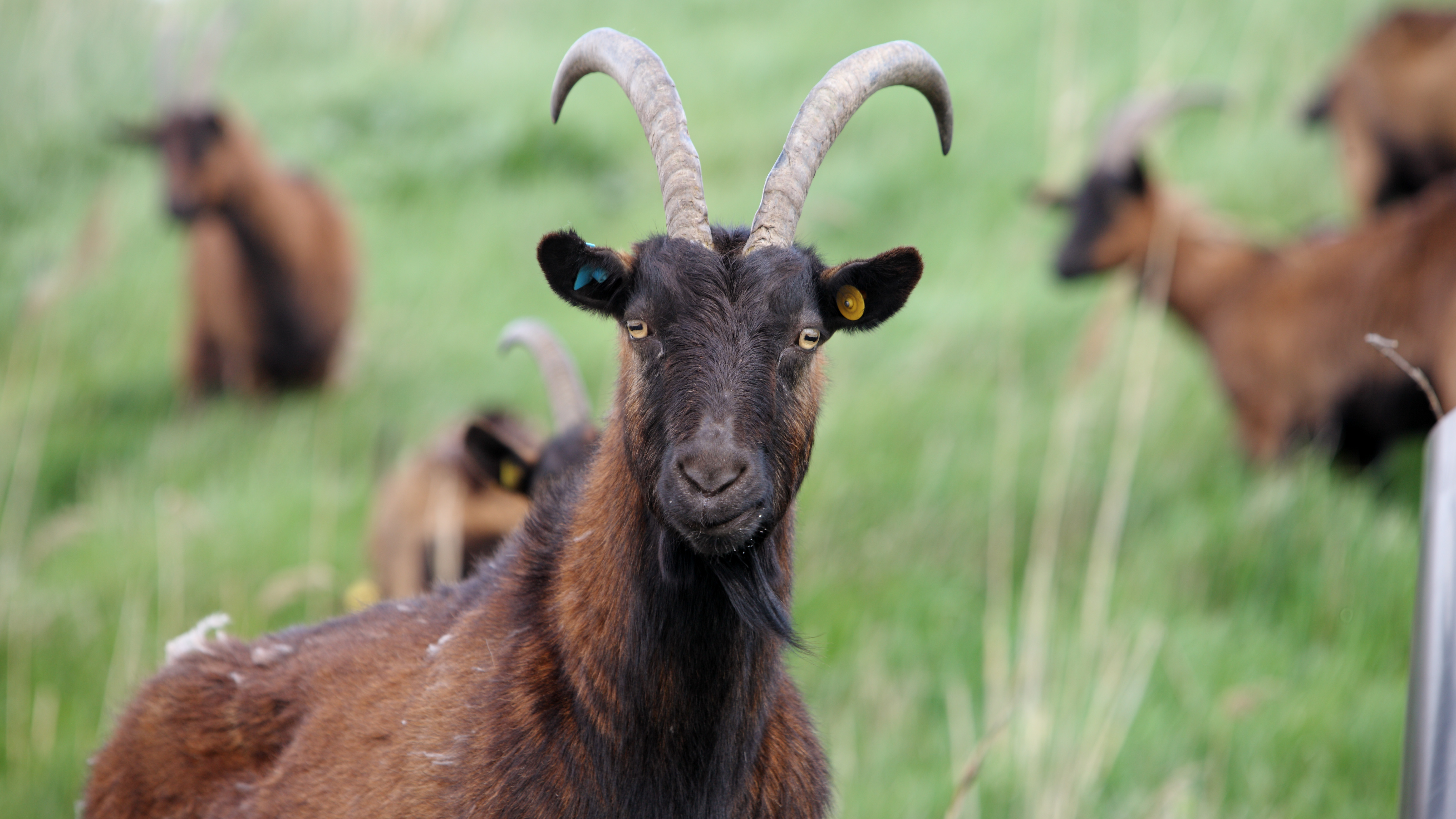 Goats graze on land made from the waste of the incinerator. /Johannes Pleschberger.

Goats graze on land made from the waste of the incinerator. /Johannes Pleschberger.

Not everyone agrees that incineration is the way to go. After all, burning plastic produces toxic fumes; and while some incinerator filters may be efficient at detoxifying emissions, to the point where some say it's an improvement on landfill, it's certainly not carbon-neutral.

Piotr Barczak, senior policy officer for circular economy and waste policies at the European Environmental Bureau and a cofounder and adviser of the Polish zero waste association, is less than enthusiastic about incineration.

"Vienna's example is very often brought to our attention – the same with Copenhagen or Sweden," he says. "But it's burning resources. It's not in line with a circular economy, with sustainability, with zero waste.

"Even if you do recover some energy from it, it's not the most efficient generation of energy," he continues. "I'm not defending coal here, but coal is more efficient in generating energy: it emits basically less CO2 than the burning of waste per unit of energy."

Do you remember Johannes Pleschberger worrying about Austria's accelerating use of plastics and decreasing plastic recycling? Barczak thinks he knows why, claiming that the success of the incinerator is encouraging Austria to relax its recycling practices.

"Vienna is collecting only a fraction of plastics. They don't collect it as recyclable [waste] because it's not fitting into the system with such a huge incinerator – which has to be operated for many years to come. Vienna is actually accepting a lot of other waste from the [EU] region because they don't have enough in Austria." 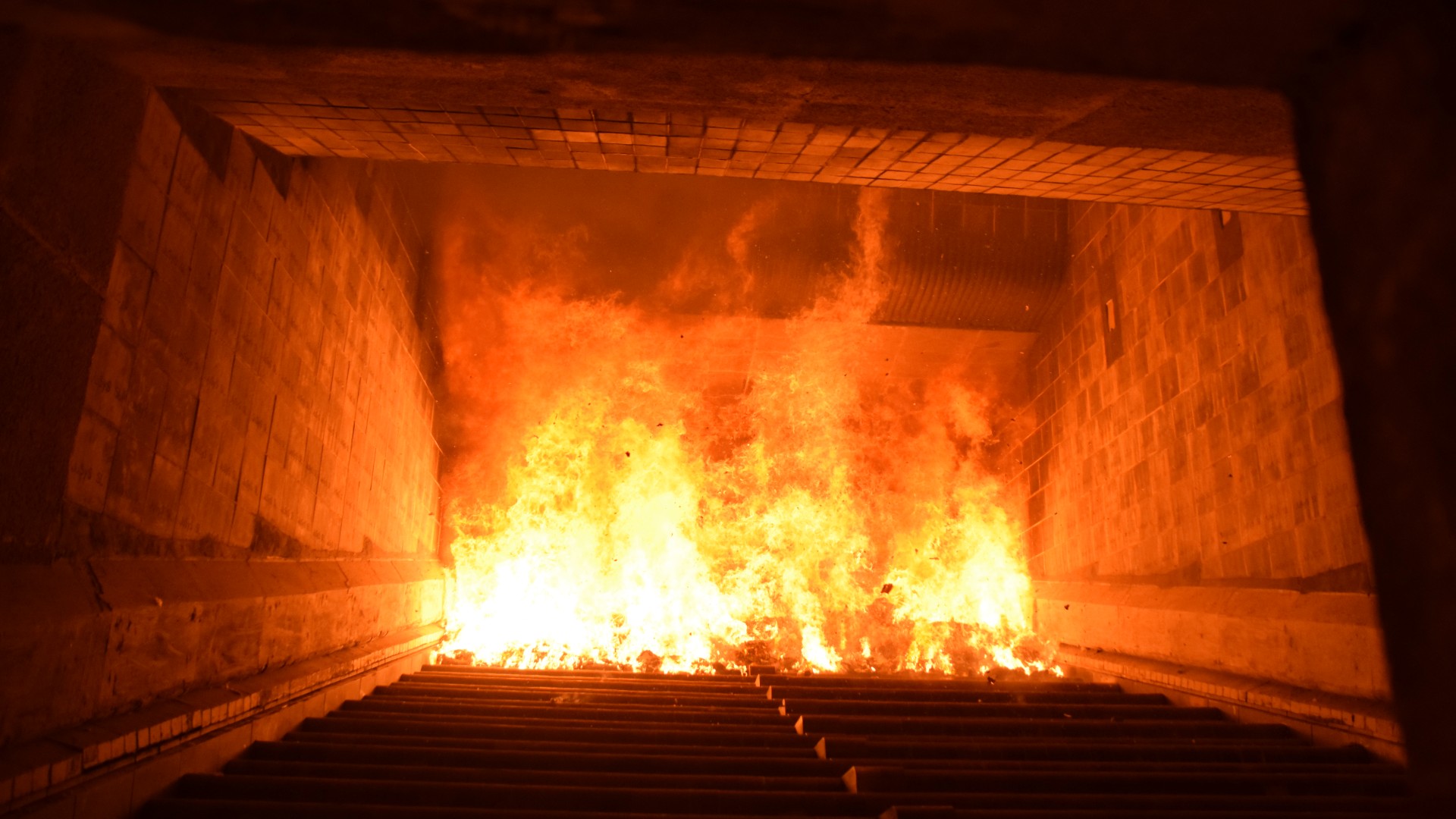 Despite its record as one of Europe's most environmentally friendly nations, Austria is still burning rubbish, which is controversial. /Wien Energie

Despite its record as one of Europe's most environmentally friendly nations, Austria is still burning rubbish, which is controversial. /Wien Energie