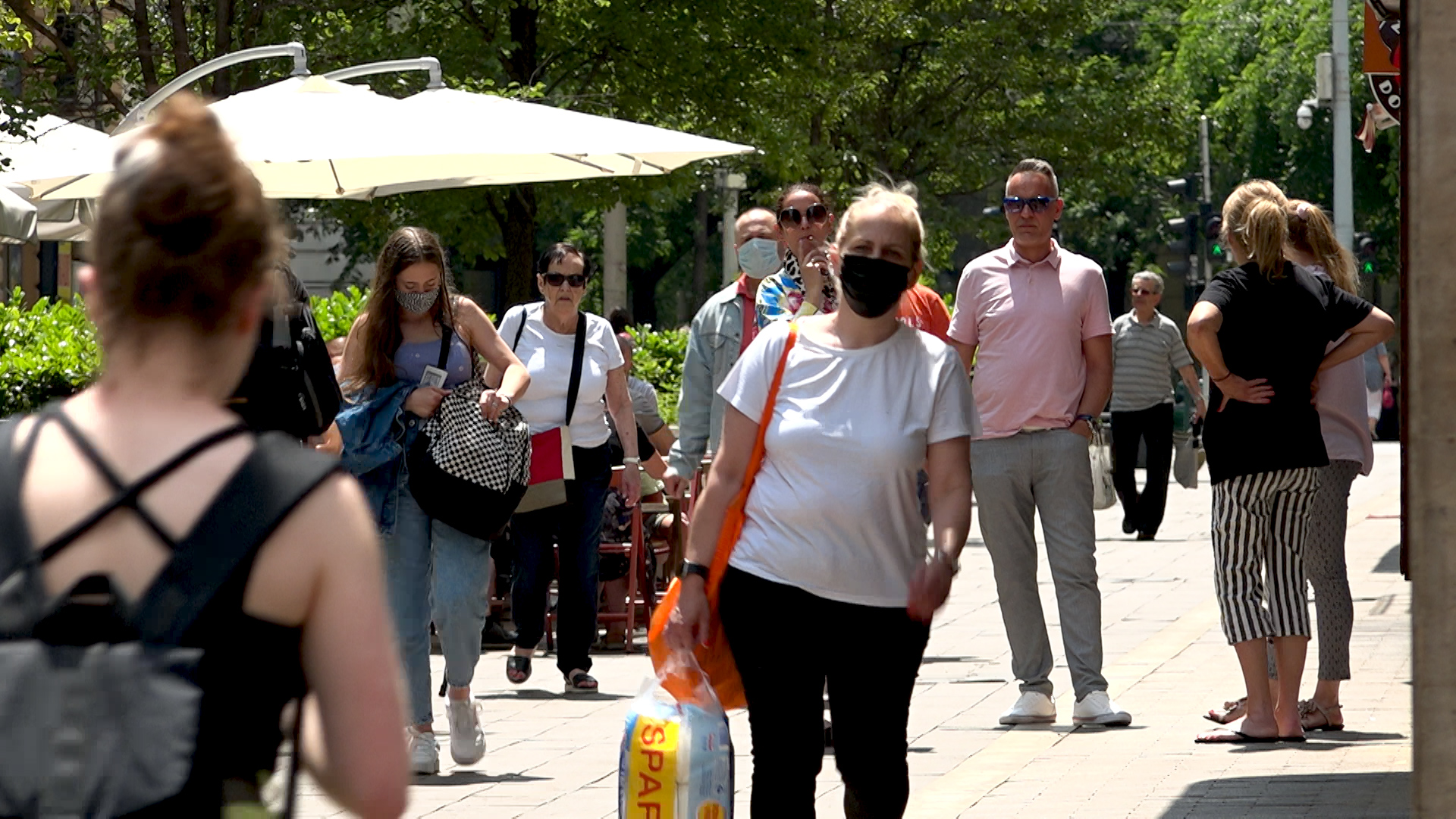 On the streets of Hungary life looks relatively normal, with people out eating and socializing.

For those who have been vaccinated or recovered from COVID-19, nearly all restrictions have been lifted – and next week this sense of freedom will be extended to all. From Monday, the government will allow small villages to hold outdoor cultural events hosting up to 1,500 people regardless of their immunity.

Hungary has come a long way in the past two months, from the world's highest number of daily COVID-19 deaths per capita to recording fewer than 10 deaths per day twice this week.

COVID-19 hospitalizations are the lowest they've been since September, while Czechia this week recorded its lowest number of cases since August. Restrictions are being further eased there, too, with cinemas and multiplexes allowed to reopen after nearly eight months of closures.

On June 21, the Czech border will open to all EU and Serbian citizens under COVID-19 conditions. In Poland, church limits will increase to 50 percent of capacity next week.

On Thursday, Hungary's Prime Minister Viktor Orban declared the third wave of the virus, which battered the country and brought the official death toll to nearly 30,000, over.

For the first time in months, vaccinated reporters could attend the government press conference in person. Orban told the room: "The number of new infections is decreasing, the percentage of positive tests is quite low – this is good news, 1.3 percent of all tests. This shows that the third wave of the epidemic has, we can say this with confidence, been overcome."

However, experts are warning that people need to remain alert, particularly if they are yet to be vaccinated.

Balazs Rekassy, a public health expert and adviser to the mayor of Budapest, warned there was likely be a fourth wave in the fall when the high number of people who received immunity after recovering from COVID-19  lose their protection.

So far, more than half of Hungary's population has had at least one dose of a vaccine but numbers have been dropping off for the past month.

Rekassy urged people to keep getting vaccinated, especially because of variants that could turn the situation around quickly. "With this virus, I think it's not enough to have reached 50 percent of the population vaccinated. We should reach something like 80 percent, which I know is a very high number," he said.

Hungary has now joined Poland, Slovakia and Romania in allowing children aged 12 and over to be jabbed with the Pfizer-BioNTech vaccine. Announcing the decision on Thursday, Orban said there would be no campaign to encourage vaccination in the age group but that parents could register their children if they wished.

The decision came after a leading paediatrician urged the government to allow children to be vaccinated before returning to classrooms for the start of the new school year.

Concerns have also been raised around the need for third doses of vaccine. The mayor of Budapest has written to Orban requesting the government provide free antibody tests for those vaccinated with the Sinopharm jab, and potentially a third shot, with some fully vaccinated residents returning low levels of antibodies.

Currently, people are paying for private tests to check their immunity.

Rekassy is one of the health practitioners urging the government to provide free tests and an extra vaccine if antibody results are low.

"These people need to be vaccinated with a third vaccine, with a third shot and presumably the third shot should not be the Sinopharm vaccine, preferably it should be an mRNA vaccination," he said. The government has already released advice that doctors can vaccinate with a different jab for the second dose if someone suffers a reaction.