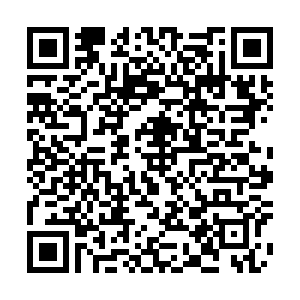 Joe Biden's victory at the U.S. presidential elections in November was celebrated by European leaders as the promise of a return to normal in the relations between the bloc and the U.S..

His first visit to Europe – to the G7 summit in the UK and the NATO summit in Brussels – is seen as a chance by EU policymakers to repair the transatlantic alliance degraded by four years of the hostile Trump administration.

But there remain issues on which Washington and Brussels don't see eye to eye and that could compromise the opportunity to show a united front in the face of global challenges.

Here are the main topics on the EU policymakers' agenda that could prove problematic between the two allies. 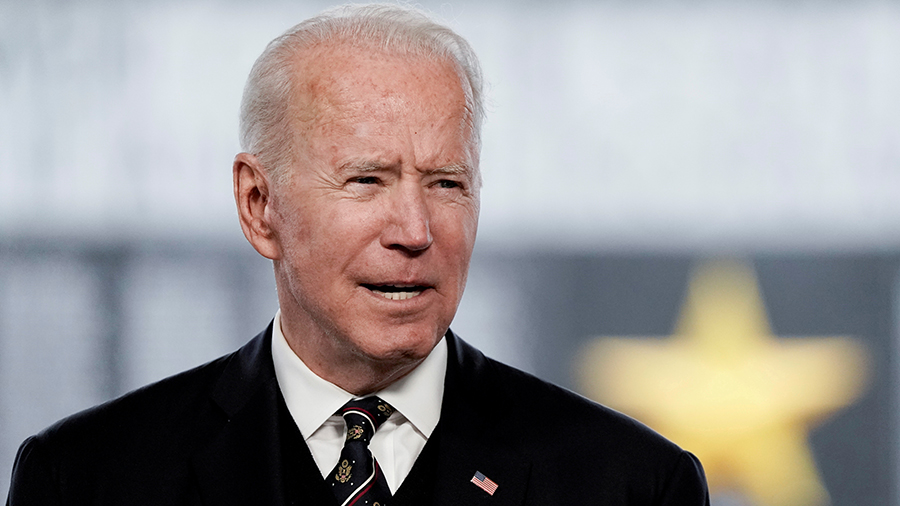 In March, the EU and the U.S. agreed to end all retaliatory tariffs on imports over their dispute linked to Airbus and Boeing for a four-month period.

The 17-year-long row was based on reciprocal accusations between the U.S. and the EU of unfairly subsidizing their respective aircraft manufacturers.

But even as this issue was resolved, the import tariffs on EU steel and aluminium imposed by Donald Trump were left untouched by Biden, despite the EU having suspended retaliatory tariffs.

"We sent a clear signal to the U.S. of our willingness to solve this issue in a fair and balanced way, by suspending the automatic doubling of our legitimate countermeasures. It is now for the U.S. to walk the talk," EU trade chief Valdis Dombrovskis told the EU parliament on Wednesday.

EU diplomats are also counting on Biden's support to launch a reform of the World Trade Organization that will address the role of state-owned enterprises, among other issues. 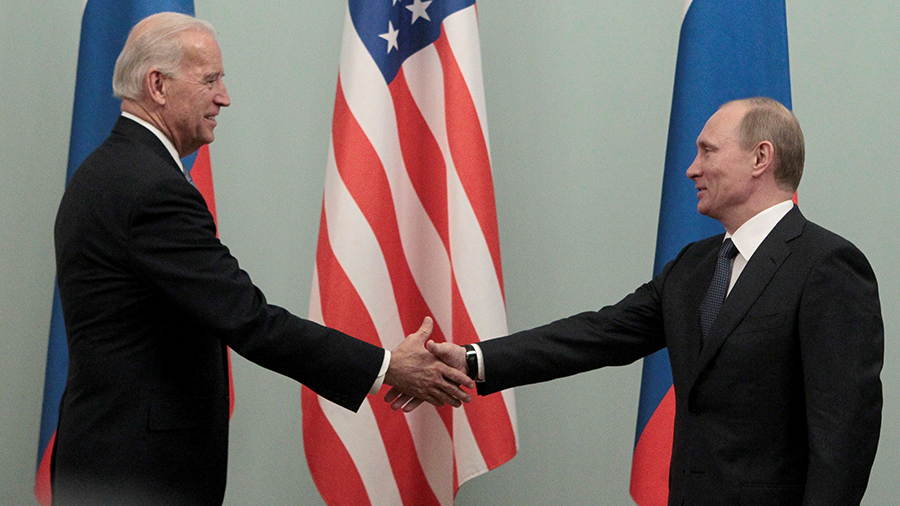 Russia's President Vladimir Putin shakes hands with Biden, who was then vice president of the U.S. during their meeting in Moscow on March 10, 2011. /Reuters/Alexander Natruskin

Russia's President Vladimir Putin shakes hands with Biden, who was then vice president of the U.S. during their meeting in Moscow on March 10, 2011. /Reuters/Alexander Natruskin

Biden will meet Russia's President Vladimir Putin in Geneva as part of his eight-day trip to Europe, in a face-to-face meeting during which the U.S. president plans to confront the Kremlin's activities in Ukraine and its treatment of opposition figure Alexey Navalny.

Biden has pledged solidarity with the European allies trying to resist an increasingly aggressive Russia. But while the U.S. president has been quite vocal in pressuring the Kremlin on the issues of Navalny and Ukraine, he hasn't expressed himself on the issue of Belarus, where President Alexander Lukashenko has managed to stay in power despite widespread protests thanks to his alliance with Putin.

In a piece published in the Washington Post, Biden said the U.S. "does not seek conflict. We want a stable and predictable relationship where we can work with Russia on issues like strategic stability and arms control."

EU diplomats are also hoping Biden could use his influence to stop the construction of Nord Stream 2, the undersea natural gas pipeline that will go from Russia to Germany and which many EU member countries, especially Poland, Latvia, Lithuania and Estonia, strongly oppose. 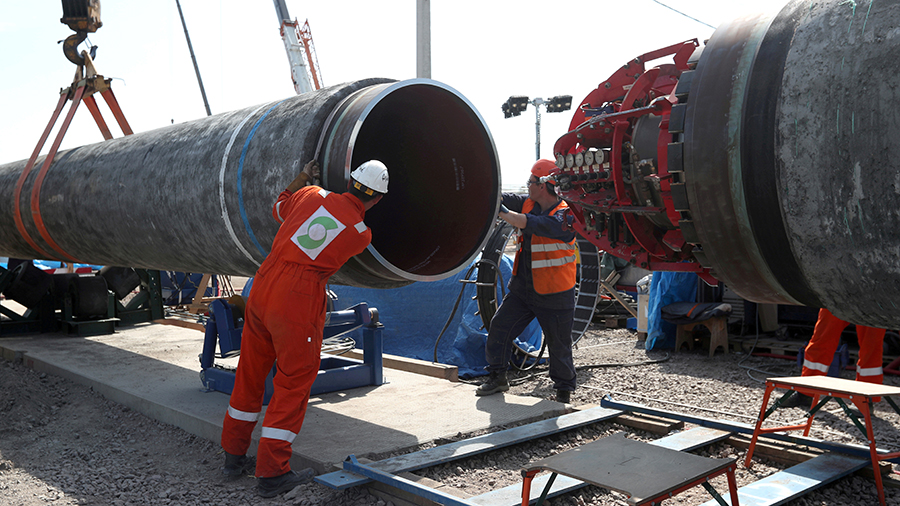 Workers are seen at the construction site of the Nord Stream 2 gas pipeline, near the town of Kingisepp, Russia. /Reuters/Anton Vaganov

Workers are seen at the construction site of the Nord Stream 2 gas pipeline, near the town of Kingisepp, Russia. /Reuters/Anton Vaganov

"We are in a competition with China to win the 21st century," said Biden in a speech to the U.S. Congress in April. His words, followed by the announcement that "America is on the move again," were welcomed by a standing ovation.

The episode represents the Biden administration's harsh approach to China.

Biden has so far kept in place the existing tariffs set by the Trump administration against China and has recently announced that Americans will be banned from investing in Chinese tech and defense firms – including tech giant Huawei – that have alleged military ties, starting August 2.

A spokesperson for China's Foreign Ministry described the U.S. decision as "a blatant hegemonic act," which other countries opposed and will continue to oppose.

But EU leaders have kept a more cautious, open approach to China in recent years and struck a significant investment deal with Beijing in December.

When the U.S. condemned China for its treatment of Uygur Muslims and other ethnic minorities in Xinjiang, Brussels didn't initially take a strong stance against Beijing. Only in March did the bloc announce sanctions targeting four Chinese officials accused of human rights abuses in Xinjiang – a move condemned by Beijing and which provoked immediate retaliation, with sanctions against several members of the European Parliament who, according to a statement by the Chinese Foreign Ministry, "severely harm China's sovereignty and interests and maliciously spread lies and disinformation."

A press release from the Chinese Foreign Ministry in June 2020 said: "Issues in Xinjiang are nothing about human rights, ethnicity or religion, but combating violence, terrorism and separatism."

The G7 leaders are expected to come up with an infrastructure financing program for medium- and lower-income countries which would be able to compete with China's own program, the Belt and Road Initiative.

The U.S. and EU seem to agree that technology is one of the most important sectors, next to international trade, in which to compete with China, but coordinated action could be undermined by Europe's own expressed concerns over the U.S. handling of data and its vast monopoly on so-called "Big Tech." 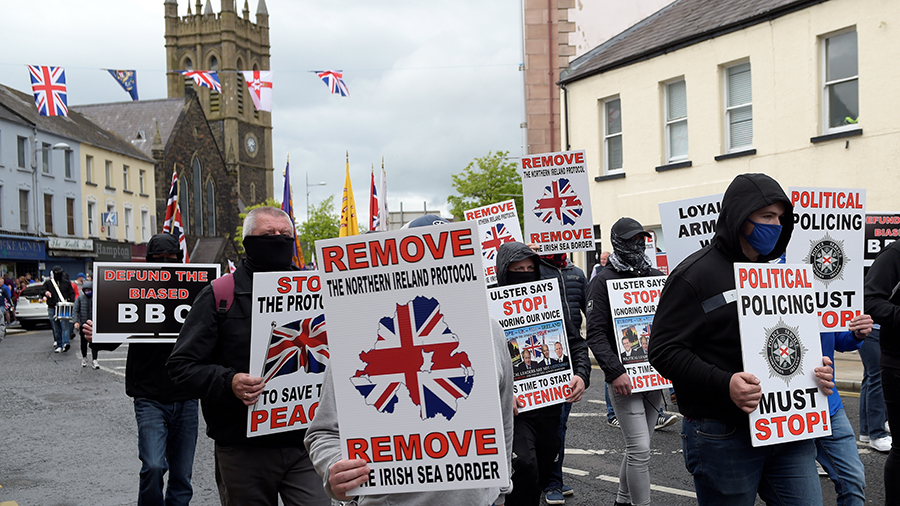 Anti-Northern Ireland Protocol protesters demonstrate during a rally organized by a mid-Ulster coalition of Unionists and Loyalists, in Portadown, on June 5, 2021. /Reuters/Clodagh Kilcoyne

Anti-Northern Ireland Protocol protesters demonstrate during a rally organized by a mid-Ulster coalition of Unionists and Loyalists, in Portadown, on June 5, 2021. /Reuters/Clodagh Kilcoyne

To the horror of many EU leaders, Trump had once hailed Brexit as a "wonderful opportunity." Now, the EU and the UK are counting on Biden to weigh in on the delicate issue of Northern Ireland and ease tensions over an incoming new trade deal.

Discussions over changing the Northern Ireland Protocol, which de facto created a post-Brexit trade border between the province and the rest of the United Kingdom, were exacerbated by Unionists' anger at it being treated differently from the other constituent parts of the UK – England, Wales and Scotland.

EU diplomats are hoping Biden will pressure UK Prime Minister Boris Johnson to keep faith in his commitment and support the Protocol.

In an interview with the BBC on Wednesday, Biden's adviser Jake Sullivan warned the EU and the UK not to let the Good Friday Agreement, which in 1998 ended 30 years of conflict in the area, fail.