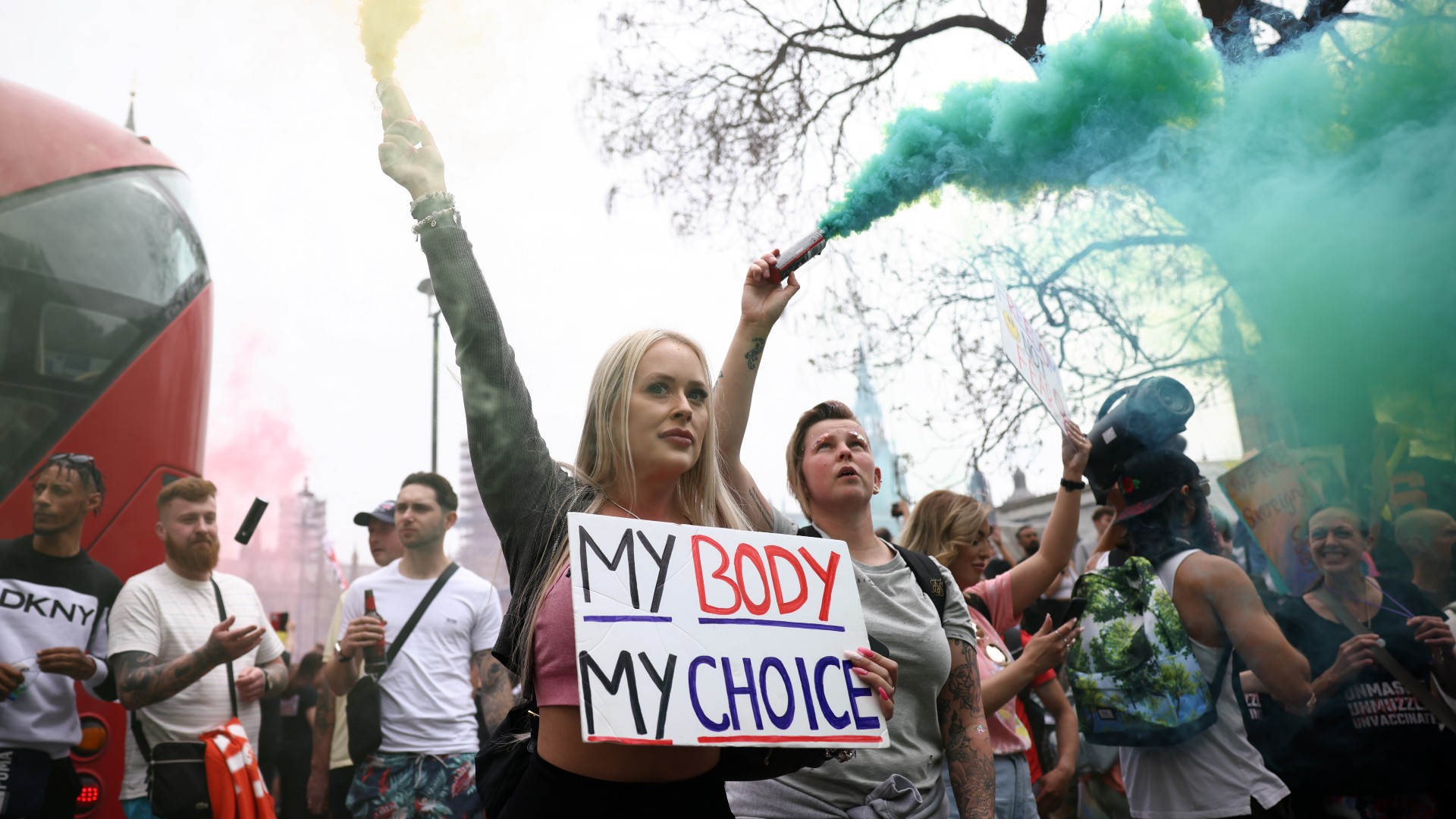 Despite having the most successful vaccine program in Europe, hundreds of protestors are objecting to the decision to issue vaccine certificates that may determine access to venues or for travel./Henry Nicholls/Reuters/

Despite having the most successful vaccine program in Europe, hundreds of protestors are objecting to the decision to issue vaccine certificates that may determine access to venues or for travel./Henry Nicholls/Reuters/

The streets of London were busy today as thousands of protesters took to the streets in various locations.

The biggest demonstration gathered in Parliament Square to protest against lockdown measures and the roll-out of the vaccination program.

Many of the crowd had traveled in from outside the capital.

The political focus was not particularly organized and there were fewer banners and placards than one would normally expect at a London rally. The lack of signage points to an absence of organized political focus to the march and more a gathering of different agendas felt throughout a particular part of the UK.

In charts: EU citizens applying to stay in UK

Some claimed the pandemic was a hoax. Others had drawn signs saying 'my body, my choice' referring to the vaccine roll-out that is now targeting 30-year-olds and above.

Whilst vaccine take-up in the UK has been high in most areas, the expectation is for stronger resistance from the younger generations who are less likely to become seriously ill with COVID-19.

Several people set off smoke bombs, and one launched a firework.

Some of the messages amongst the marchers were more extreme, including one man who said he wanted to be free and that 'the government is lying to us.' 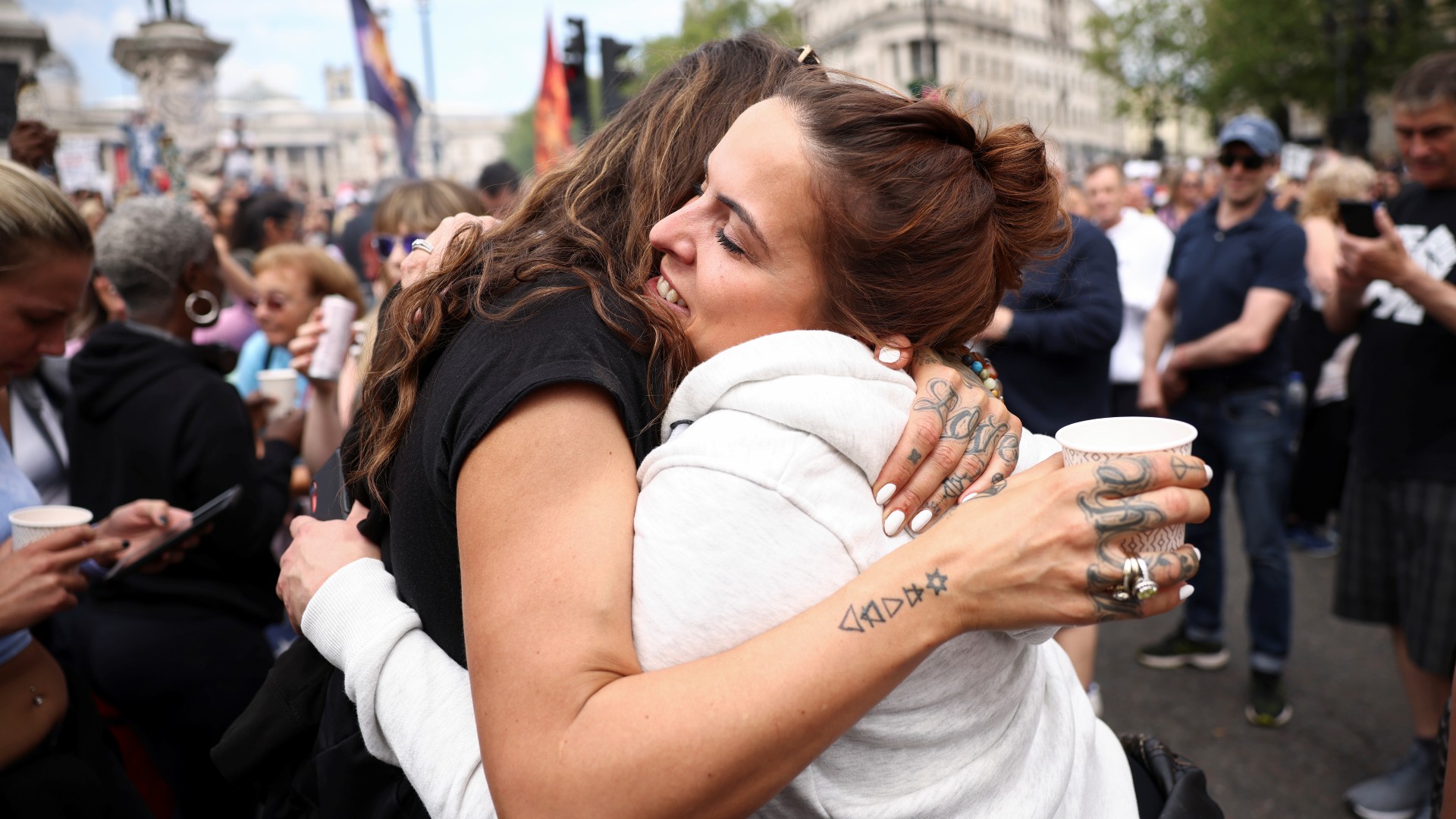 Protestors in London hug in the street as they ignore social distancing advice./Henry Nicholls/Reuters

Protestors in London hug in the street as they ignore social distancing advice./Henry Nicholls/Reuters

Another woman said she had attended because the press "are lying to us."

Hundreds of 'Kill the Bill' demonstrators also gathered in another part of central London to protest against the Government's controversial Police, Crime, Sentencing and Courts Bill.

Proposals in the bill include putting start and finish times on protests and limits on noise pollution. The new rules could also expand to include stop-and-search powers and making it an offense of "intentionally or recklessly causing public nuisance."

Those powers were unlikely to be deployed at either march on Sunday; both appeared to pass peacefully with noises and chants but little else that might be described as a disturbance.

The weather was almost certainly a factor. After a rainy, windy, and chilly few weeks, London was at long last bathed in warm sunshine, perfect conditions for a long walk through the city.

There was a wide cross-section of society represented among the crowds, but most of the marchers were young adults, exactly the generation to be confined by a pandemic that they have the least reason to fear.