Download
EU citizens in the UK: Who is applying to the EU settlement scheme?
Giulia Carbonaro 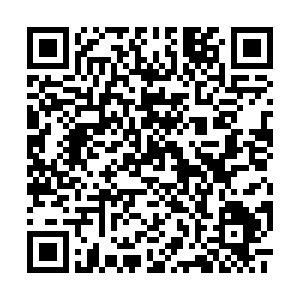 Since the Brexit referendum in 2016 delivered the country's decision to leave the European Union, millions of EU citizens living and working in the UK had been wondering about whether their future would be in the country.

The answer to this often crippling uncertainty was given by the UK government in the form of the EU settlement scheme, a process that enables all EU citizens residing in the UK before the end of the Brexit transition period – which was at the end of 2020 – to apply for UK immigration status. 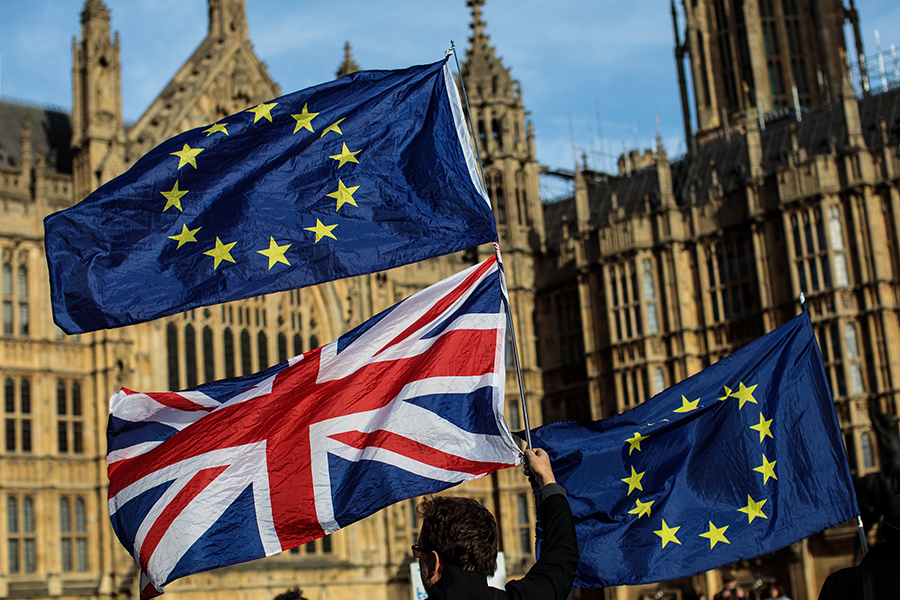 According to a recent survey, nearly half of EU citizens currently living in the UK are worried that in the post-Brexit future they will lose the rights they have enjoyed for the past decades and won't be treated the same as British citizens. /Jack Taylor/Getty Images via VCG

According to a recent survey, nearly half of EU citizens currently living in the UK are worried that in the post-Brexit future they will lose the rights they have enjoyed for the past decades and won't be treated the same as British citizens. /Jack Taylor/Getty Images via VCG

The scheme was officially opened to applicants in March 2019 and during the testing phases of the scheme, between August 2018 and March 2019, there were 230,000 applicants.

And now, as of the end of April 2021, the total number of applicants has reached 5.42 million, with 5.10 million applications already processed and concluded.

The overwhelming majority of the applicants are based in England, which accounts for 90 percent of total applications, followed by Scotland (5 percent) Wales (2 percent) and Northern Ireland (2 percent).

Most of the applications were from people based in London, with Birmingham, Leicester, Manchester, Edinburgh and Leeds following the capital as the local authorities that received the highest number of requests. 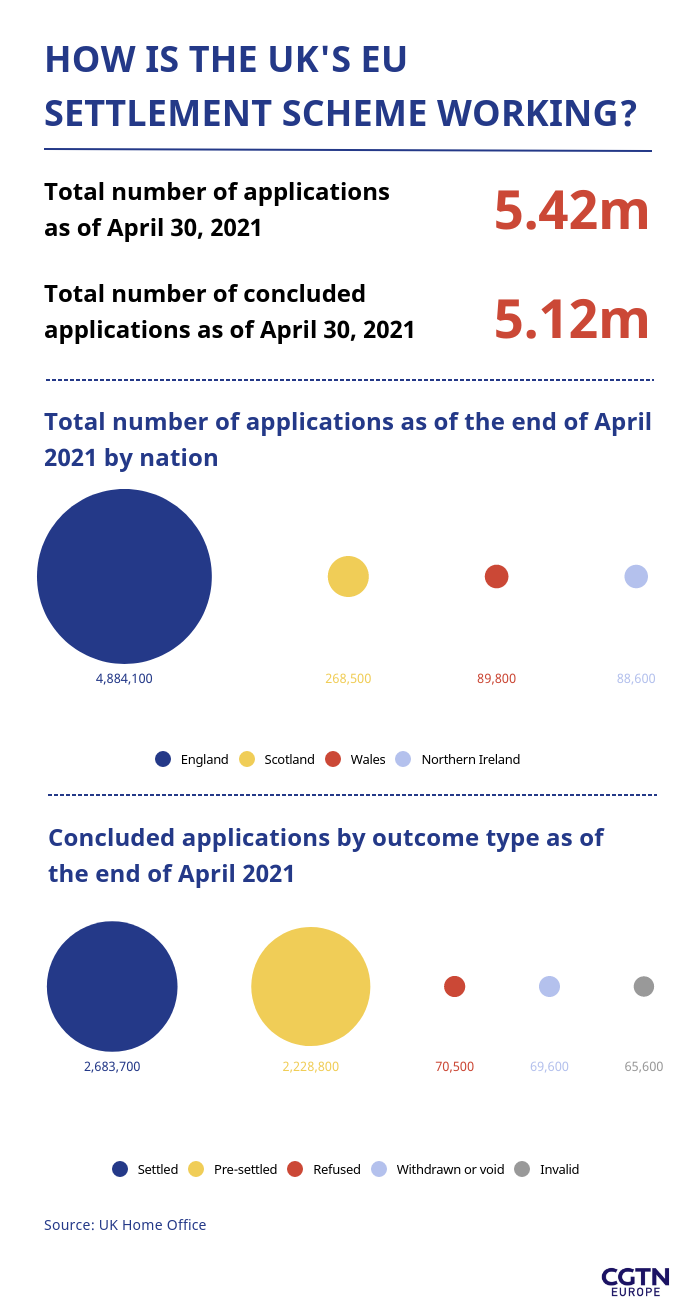 But who are the applicants?

These five nationalities alone represent more than 58 percent of all applications received by the UK government. 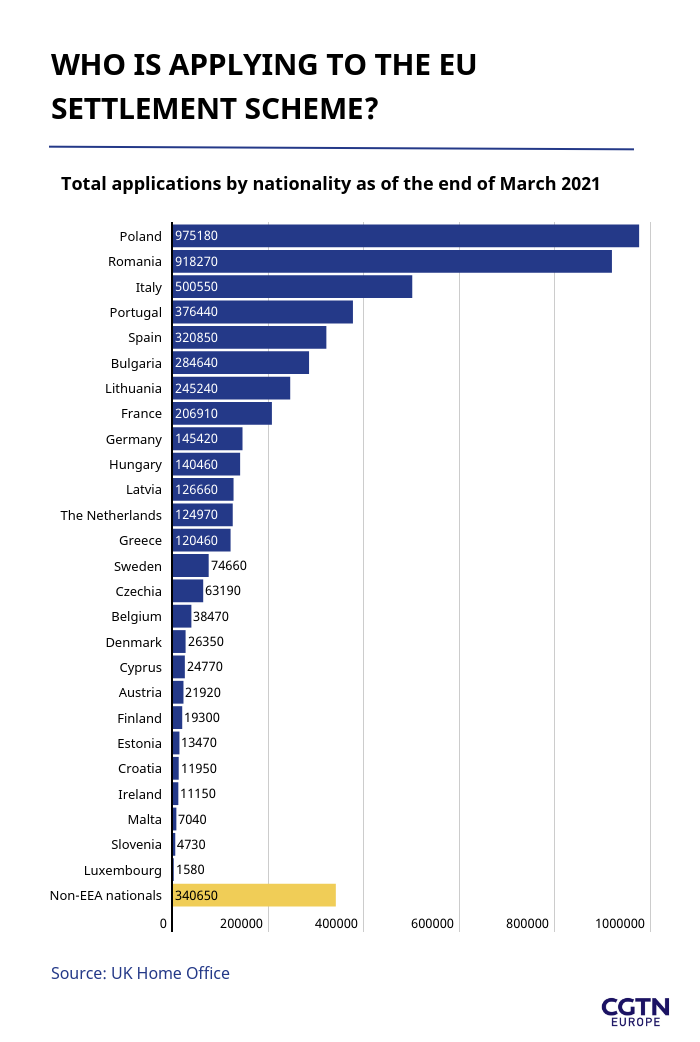 Despite the impressive numbers around the EU settlement scheme, the system has not quite been the answer to all the uncertainty and bureaucratic issues of EU citizens living in the UK. 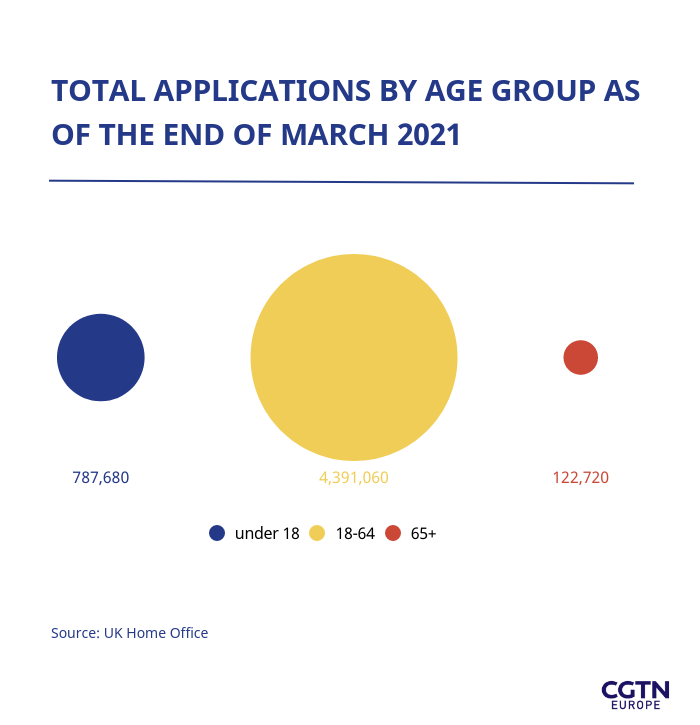 There are concerns over the digital aspect of the process and the lack of solid proof of settled or pre-settled status through proper documents, which according to critics could leave some EU citizens excluded by the scheme or vulnerable to later verification procedures.

EU citizens will be able to apply to the settlement scheme until the deadline of June 30, 2021.

Those who miss this date would immediately lose access to state benefits, such as free non-urgent healthcare and could also lose the right to work and live in the UK.