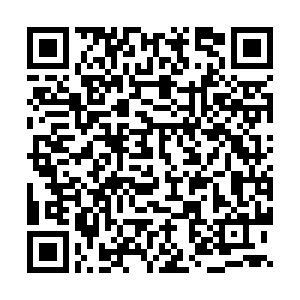 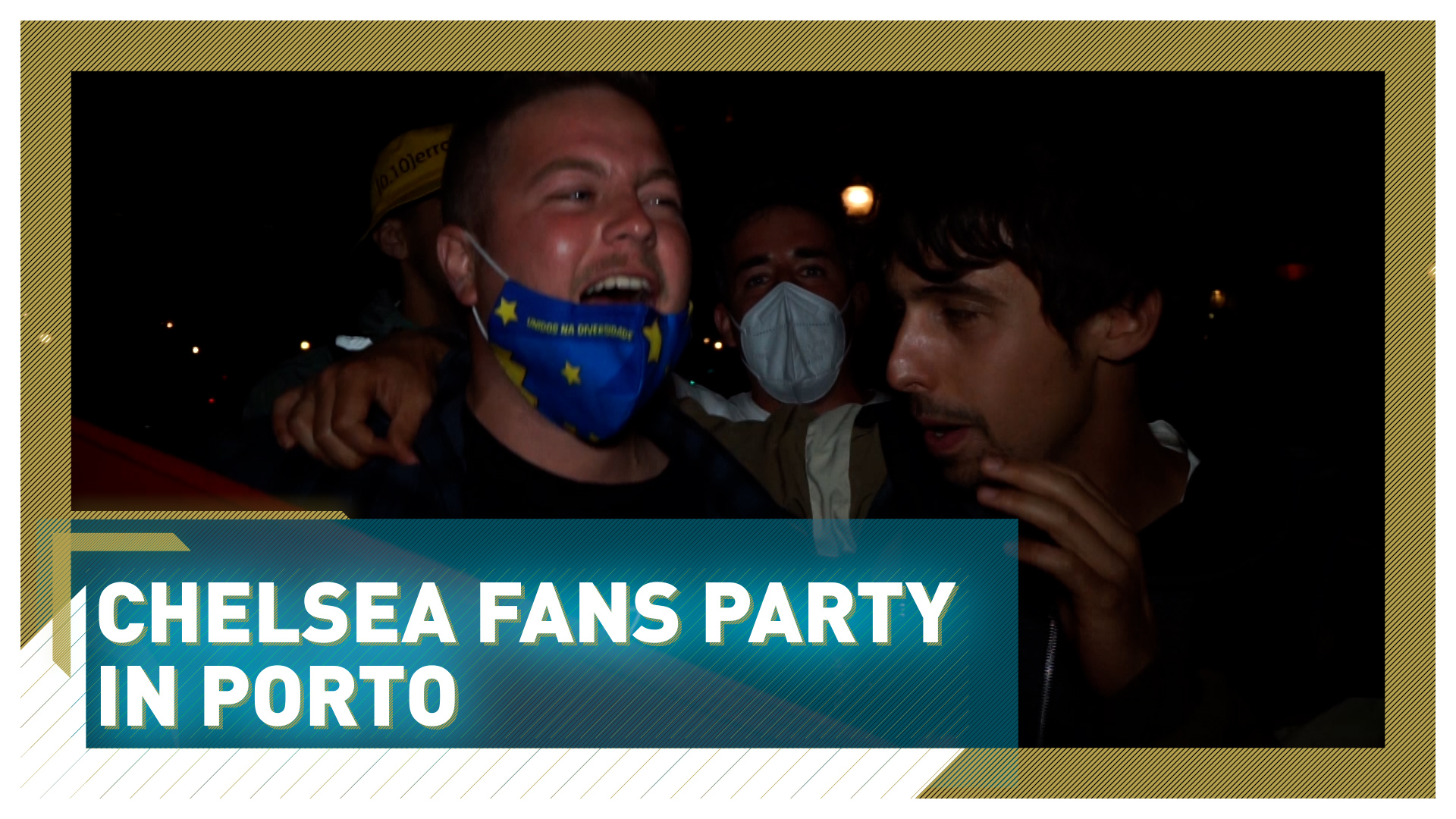 Over 15,000 supporters watched the Champions League final at the Dragao stadium in Porto, between Chelsea and Manchester City, in one of Europe's most significant spectator events so far this year.

Original plans laid out by Portugal's government were for fans to arrive and depart on the day of the game whilst maintaining a 'bubble' to protect locals in Porto from the potential spread of COVID-19. Despite charter flights organized by the teams, many supporters arrived in the country earlier in the week and were expected to stay on throughout the weekend as the celebrations began. 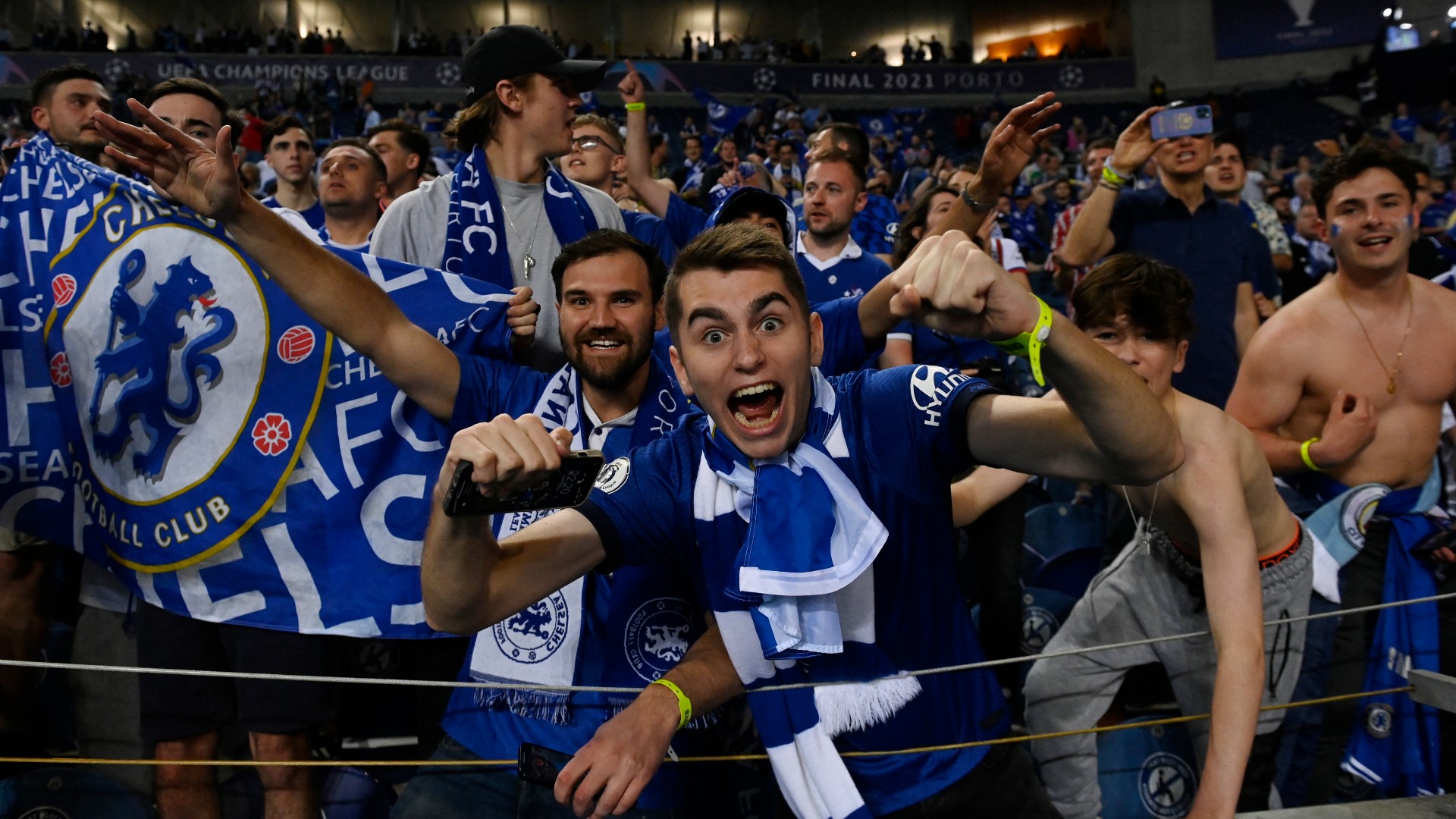 Although 15,000 supporters were inside the stadium, thousands more arrived in Porto to watch the game at fanzones and local bars./Pierre-Philippe Marcou/

Although 15,000 supporters were inside the stadium, thousands more arrived in Porto to watch the game at fanzones and local bars./Pierre-Philippe Marcou/

To ensure public order, Portuguese authorities are deploying a heavy police presence across the city on Saturday and Sunday, in the airport, in the city center, and next to the stadium. There were some minor public disturbances before the game, as several fights broke out between fans.

Authorities had only two weeks to prepare for the event after UEFA announced the final would be moved from Istanbul to Porto due to Portugal's low cases.

Amid the celebrations, criticism grew among locals. Many were concerned that the British visitors did not follow the COVID-19 rules, such as mandatory mask-wearing and a ban on public drinking.

Portugal's president, Marcelo Rebelo de Sousa, criticized the government for failing to enforce COVID-19 restrictions. "You can't tell the supporters to stay in a 'bubble' and then the bubble doesn't exist," he said on Saturday.

"No-one can tell supporters to obey the rules, to fix limits and then say that the limit is different."

Hundreds of Chelsea's supporters watching the game from a fanzone in downtown Porto celebrated their team's victory. "I can't believe it, this is the best day ever, I want to cry," a supporter told CGTN Europe, his friends surrounding him almost drowning out his words with their own chants.

Another fan, who flew from Istanbul to watch the game, said the trip to Portugal was worth it. "Fantastic, [Chelsea] the only London team to win it twice," another man said. 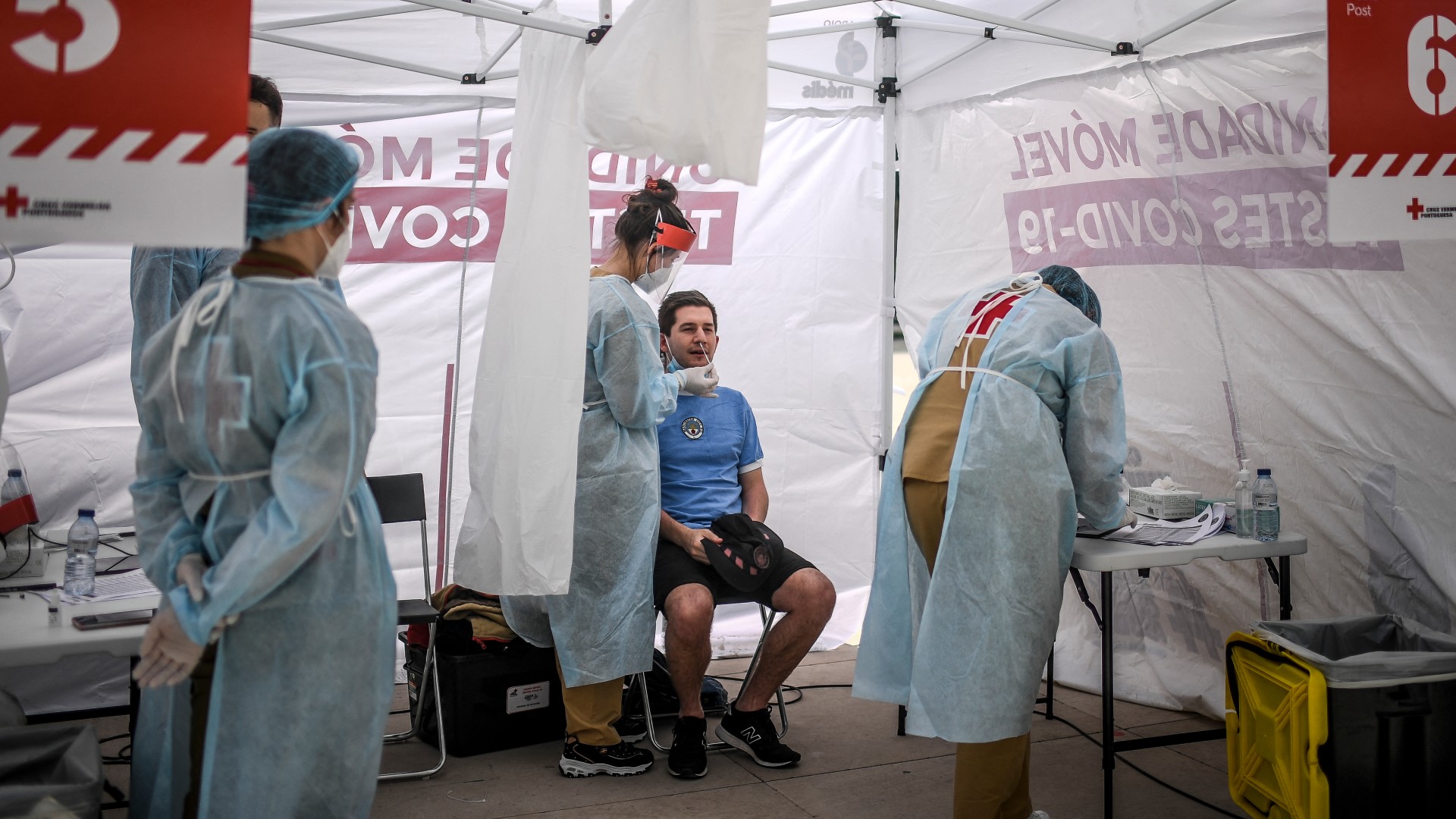 Supporters who attend the match had to provide a negative COVID-19 test 48 hours before the match./Patricia de Melo Moreira/AFP

Supporters who attend the match had to provide a negative COVID-19 test 48 hours before the match./Patricia de Melo Moreira/AFP

Chelsea's winning goal was struck by Kai Havertz, 42 minutes into the first half.

Thomas Tuchel, Chelsea's head coach, said it was a "huge step to arrive" to make it to the final and an "even bigger one to bite your way through and to make it all the way to (lifting) the cup."

"I think that Manchester City was the expected, strong opponent. We knew that we needed a top-level performance, and we needed a strong bond today (Saturday) to overcome this match and to have a chance to win this match. This is what we did, and I am almost speechless," he said in a press conference after the game.

"We played a real, real good final. We showed courage with everyone, especially in the second half. You know it is not easy playing in this competition for a little while," he said in the same press conference.