Download
What is the protocol for a bomb threat onboard an airplane?
Patrick Rhys Atack 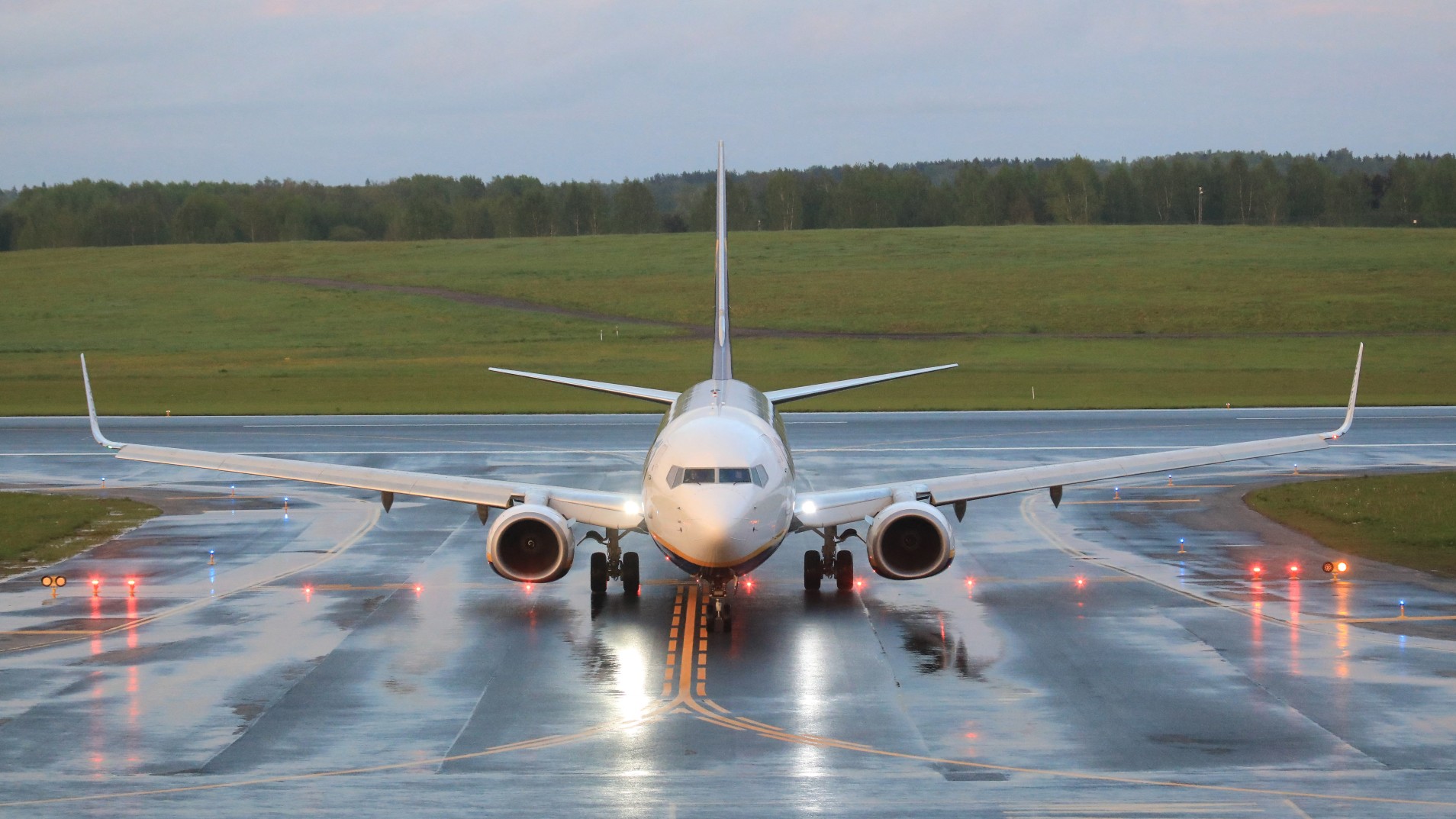 Ryanair flight FR4978 was diverted to Minsk following reports of a bomb threat, despite there being three closer options. /Petras Malukas/AFP

Ryanair flight FR4978 was diverted to Minsk following reports of a bomb threat, despite there being three closer options. /Petras Malukas/AFP

When the pilots of Ryanair flight FR4978 were told they had a bomb on board by Belarusian air traffic control, a set of agreed emergency guidelines came into play.

According to authorities in Minsk, the Athens to Vilnius flight was the target of a bomb threat from Palestinian resistance organization Hamas.

They claim they were instructed that the bomb would explode over the Lithuanian capital, so it had to be diverted east to Minsk, the capital of Belarus.

Why the 1990s Diana controversy threatens the BBC's future

Hamas has denied the claim, Germany's Chancellor Merkel called it "completely implausible," and the UK government described the "bomb threat" as a "hoax." 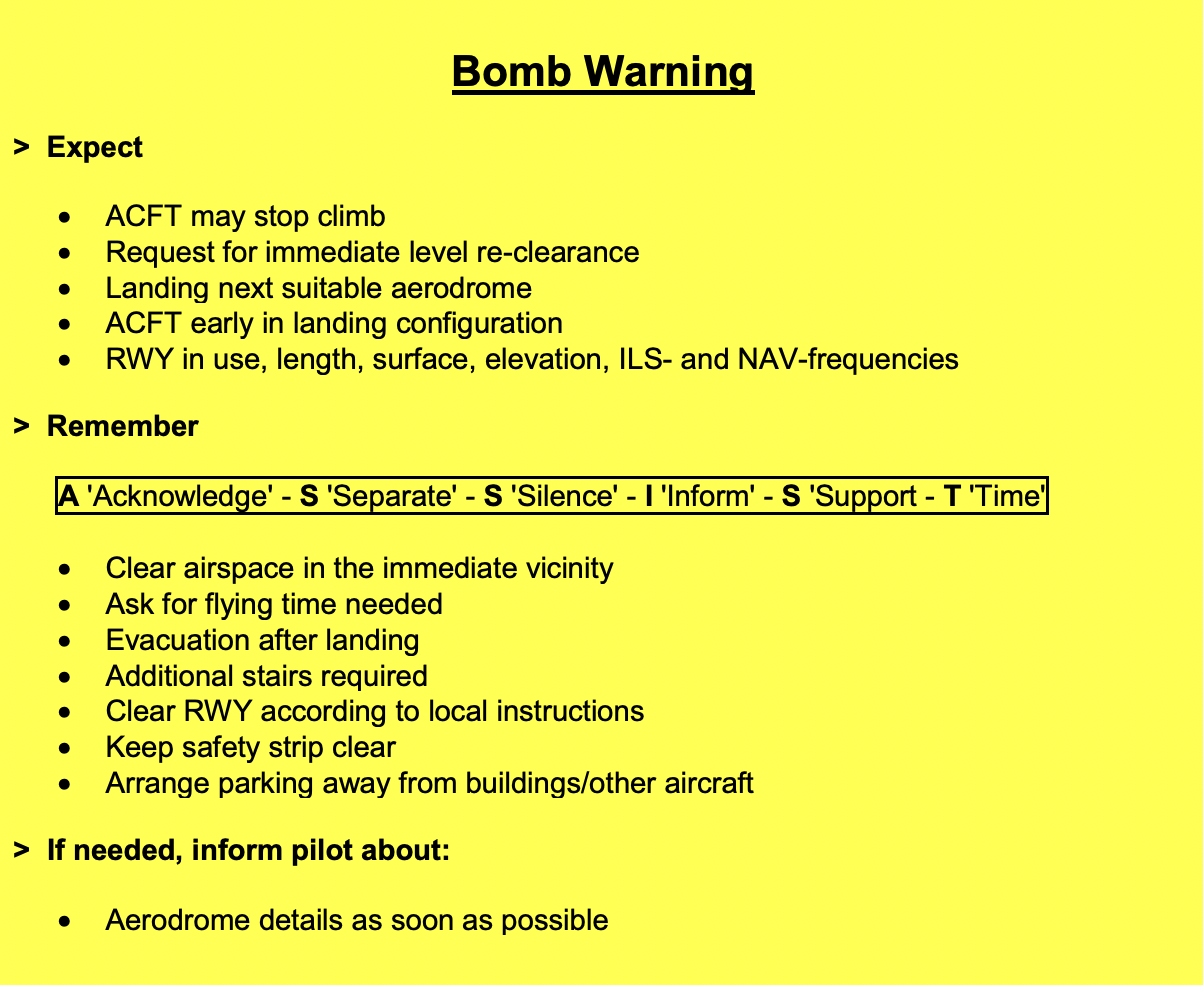 What is the protocol for a bomb threat?

But questions have been raised over the diversion – and if it in fact broke international aviation rules on what to do when a threat is encountered.

The key guidance, seen above in a EUROCONTROL document, the governing body for the training of air traffic control operators, states aircraft should expect to "land [at the] next suitable aerodrome."

When a bomb threat is received, controllers are asked to "promptly attend to requests by, or needs of, the aircraft" and that includes requests for information on available safe landing destinations. In line with International Civil Aviation Organization procedures, controllers are told to "take such action as is necessary to expedite the conduct of all phases of the flight."

Airline expert Andrew Charlton told CGTN Europe the international aviation rules are complex, as they are based on the "fundamental rule of aviation law is that each country controls its airspace."

Charlton, who is managing director of Aviation Advocacy, continued: "The normal procedure is to get to the nearest airport possible as quickly as you can." 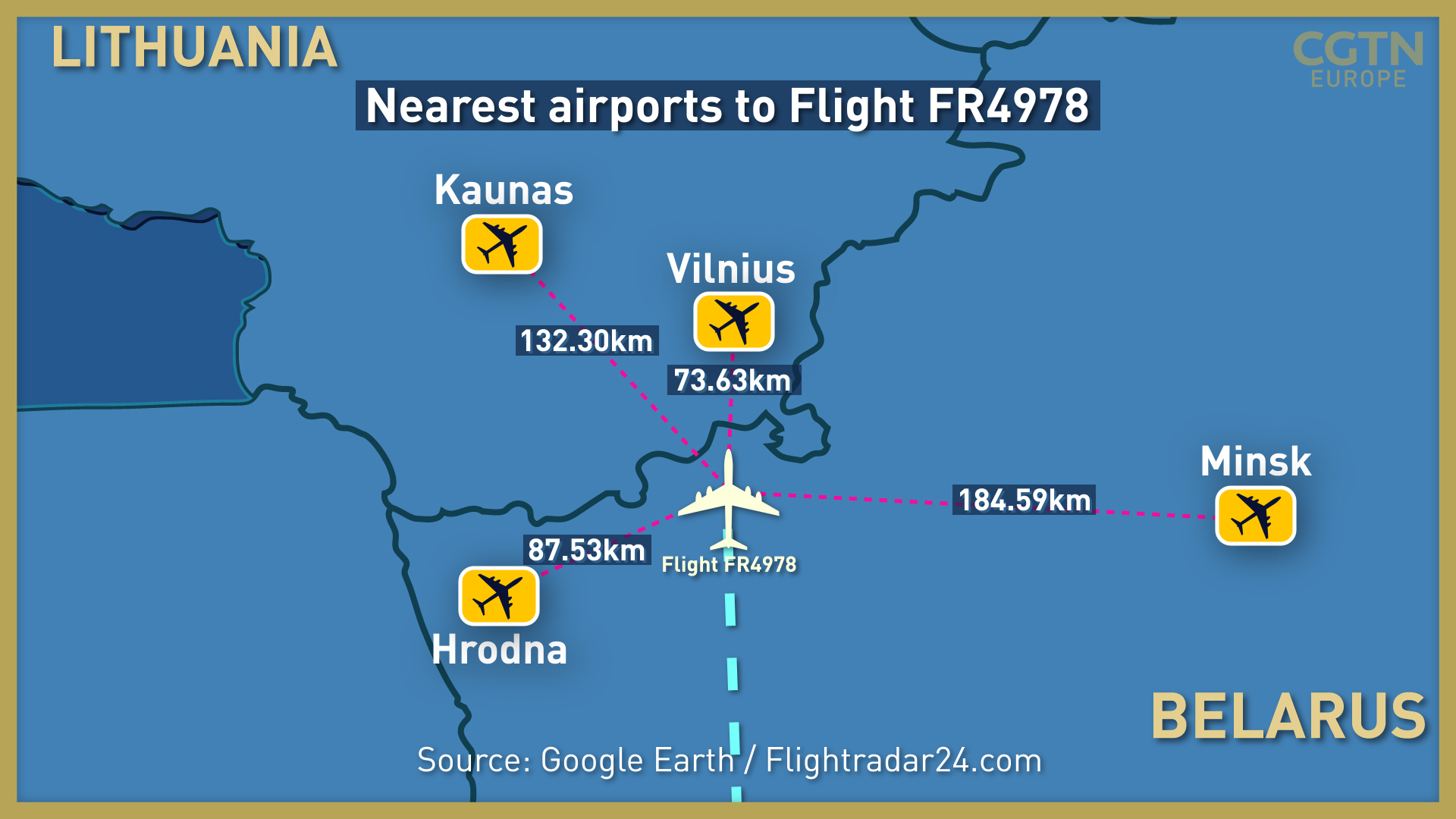 You could just about have chucked a rock from where the airplane was to Vilnius but instead a MiG 29 came in and diverted the airplane
-  Andrew Charlton, Aviation Advocacy

This is vitally important to the Belarusian authorities' claim of a legitimate bomb threat and the contention from others that it was a front used to arrest a dissident journalist.

CGTN Europe accessed the flight map of Ryanair FR4978 via Flightradar24.com and identified the position of the plane when it took the eastward turn toward Minsk.

Using this data, and information from Boeing that the model of plane needed at least 2km of runway to land safely, we have identified and ordered the airports that fit its needs.

In usual circumstances, the nearest airfield that could have been used by the 737-8AS aircraft was in fact Vilnius International Airport its original destination. It was 73.63km from the plane's position when it turned.

Minsk was only the fourth option.

Charlton, who is the former chief legal officer of Qantas Airways, said the decision to select Minsk was against international aviation protocol.

"I think that's when it moved from hijacking to piracy as a strict legal question. Diverting it back to Minsk was distinctly not what you're supposed to do in a situation like that."

It is understood the Ryanair pilots complied with instructions, as per their training and commercial aviation rules. Witnesses on the plane told journalists after the event Ryanair staff said they must land in Minsk after being told to do so, as part of their agreement with European authorities.