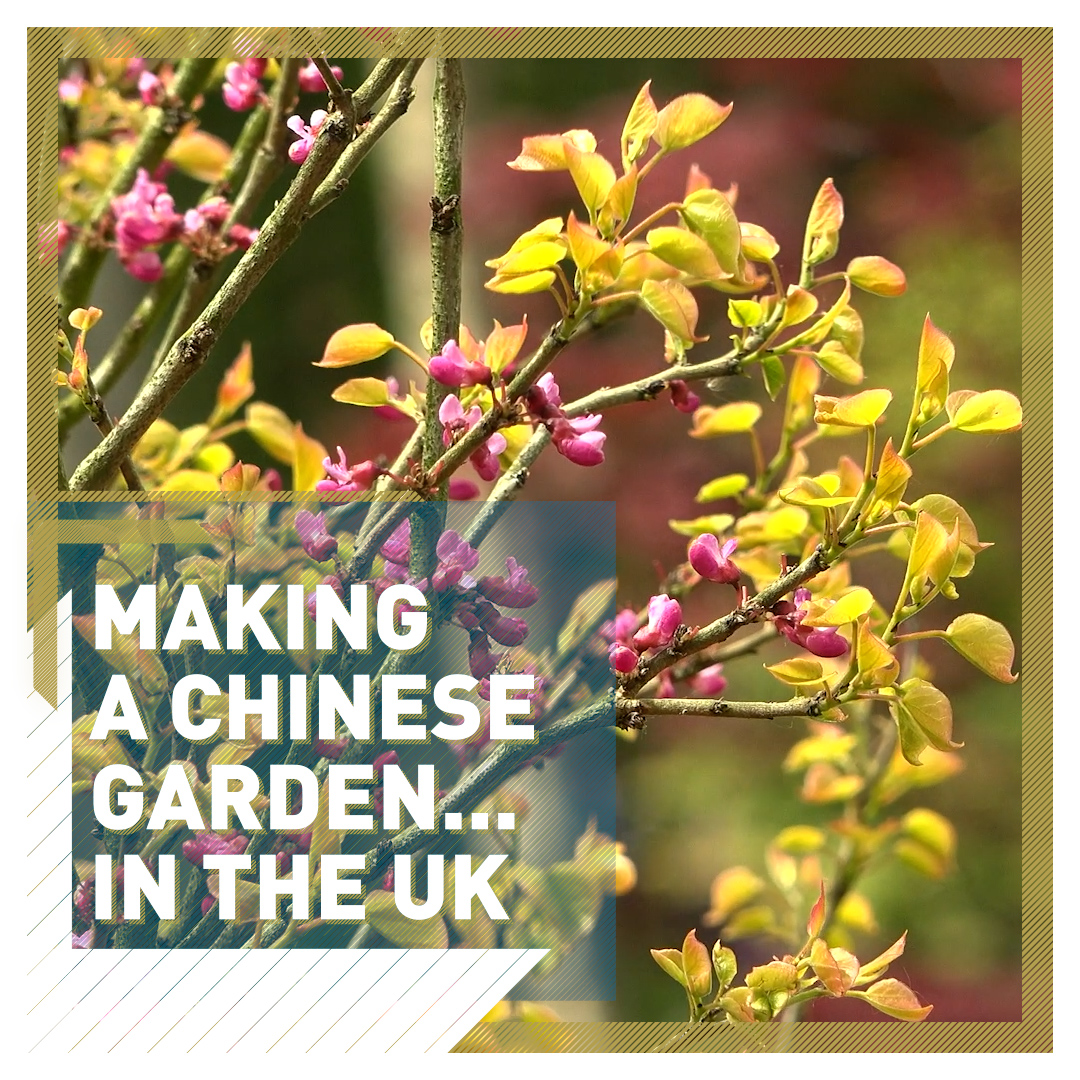 When it set about creating one of the largest garden projects in Europe, the UK's Royal Horticultural Society (RHS) wanted to acknowledge the huge contribution Chinese plants have made to gardens around the world and particularly in Britain.

Rhododendrons, primulas, hydrangeas, azaleas and peonies are pretty familiar sights, but they are just some of the thousands of plants that originated in China and are now spread across the world. 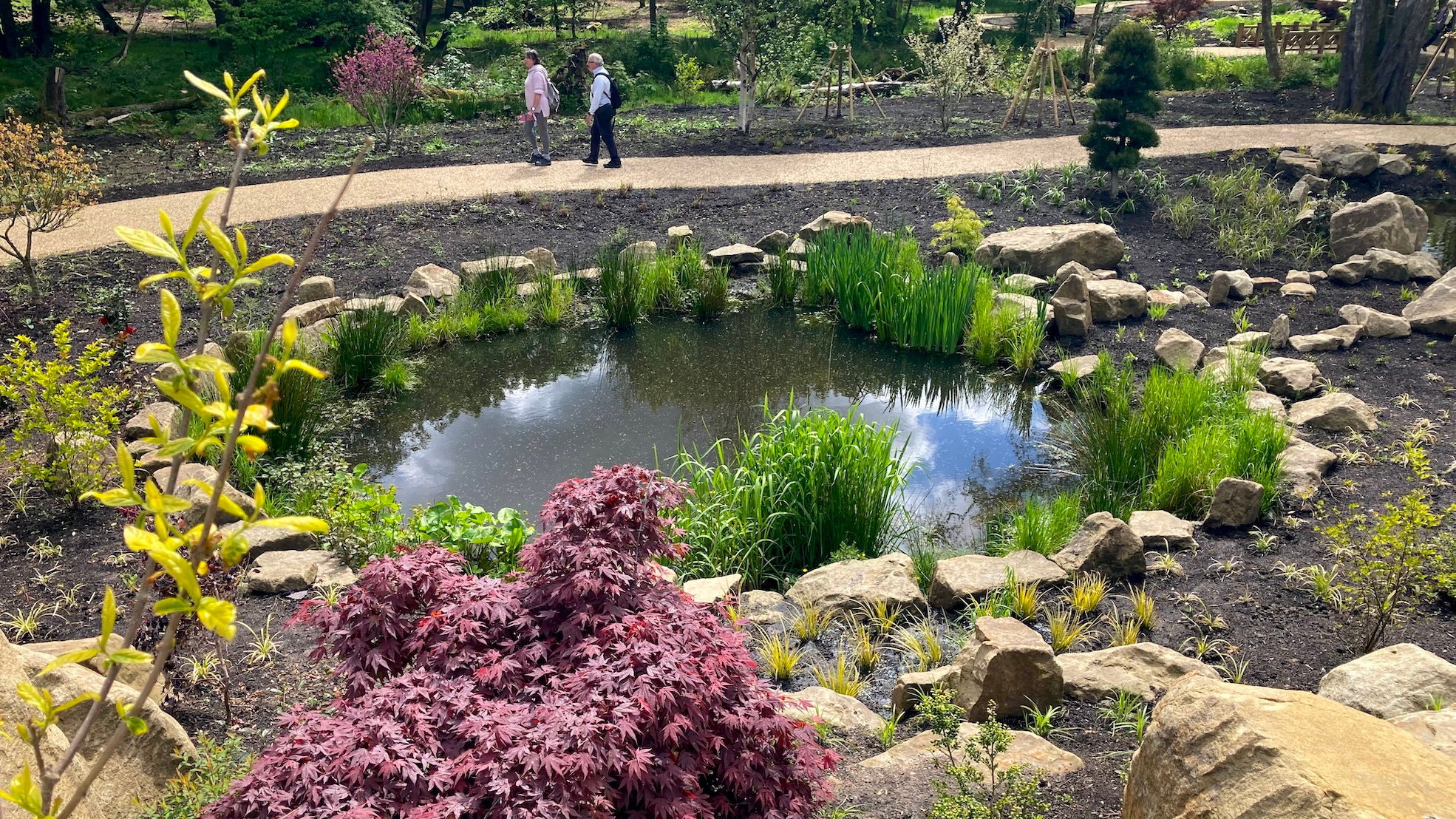 How it came about

The 154-acre Bridgewater garden in Salford near Manchester in the northwest of England was opened by the RHS in May 2021 after years of work to restore the grounds of a former aristocratic country estate.

Seven of those 154-acres are occupied by the Chinese Streamside Garden.

Trash or Treasure: What happens to clothes?

Ten stories you may have missed from China

Tracy Snell, garden manager at Bridgewater, said the sheer number of plants with Chinese origins gave them lots of options to make "amazing spaces," but their ambitions grew.

"What we set out to do originally was to do an ethnobotanic garden celebrating the amount of plants that have contributed to British horticulture that come from China.

"And then we joined a partnership with the Manchester Chinese community and we sought to raise the aspirations a little bit more and create quite a unique opportunity for an authentic classical Chinese garden. Now it covers seven acres ... and it's at the very early stage." 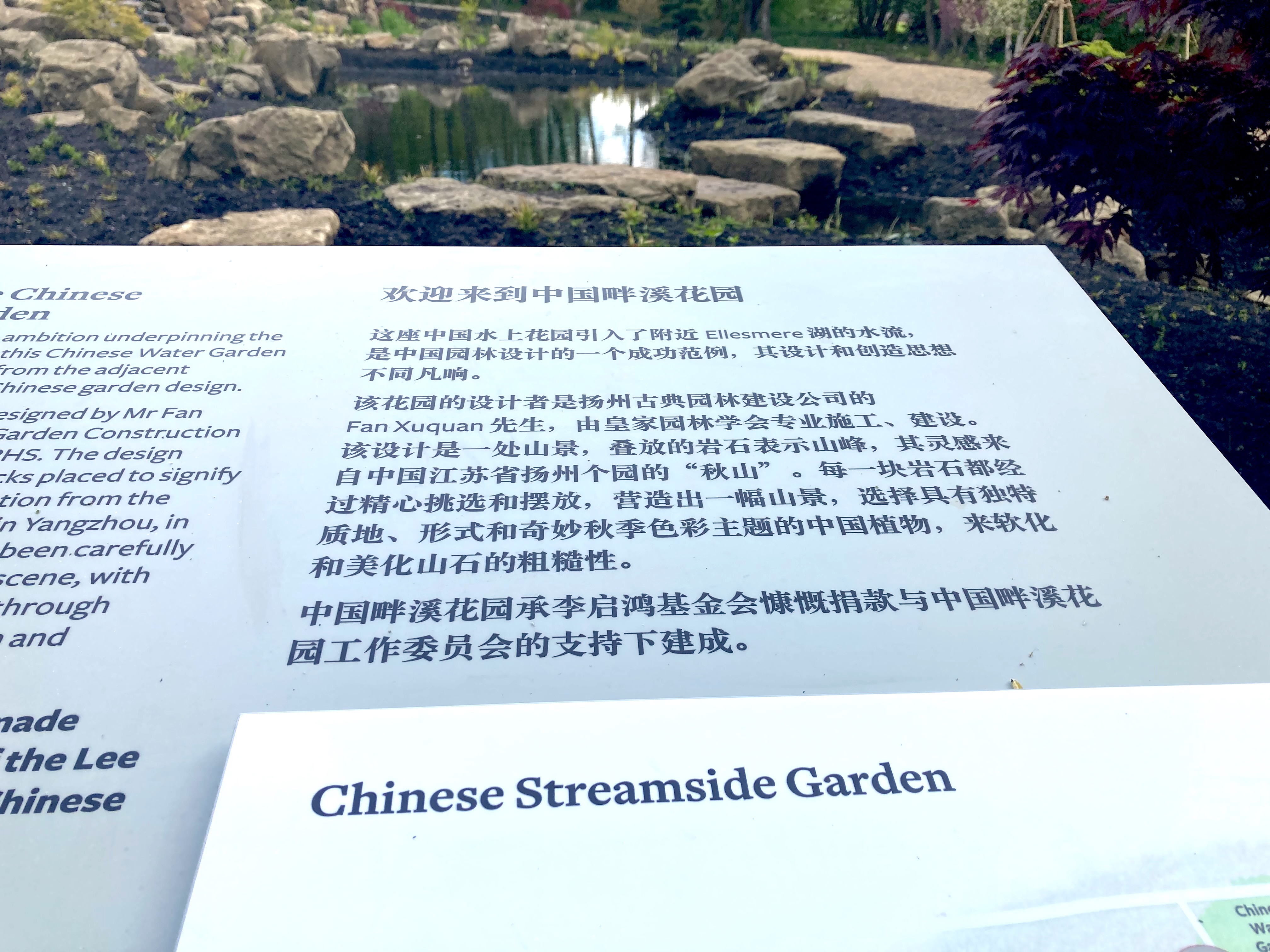 The garden was funded by the local Chinese community and built to plans drawn up by a designer at the Chinese Garden Construction Company in Yangzhou. /Benji Hyer/CGTN

The garden was funded by the local Chinese community and built to plans drawn up by a designer at the Chinese Garden Construction Company in Yangzhou. /Benji Hyer/CGTN

The garden was funded by the local Chinese community and a foundation created by Lee Kai Hung, a Chinese businessman with interests in Manchester.

According to Jerry Yeung, himself a Manchester businessman and chair of the Streamside Garden Working Committee, the project led to a kind of horticultural diplomacy.

"We got the community involved. We got the Chinese consul general involved to then introduce the China Flower Association [the equivalent of our RHS in China] to the project.

"The two of them worked together on the creation of this team. So you can see the cultural exchange and the international collaboration in this project is so apparent."

What makes a garden Chinese?

Bridgewater's Chinese garden was made to a design by a Mr Fan at the Chinese Garden Construction Company in Yangzhou.

Plants aside, the design philosophy behind the classical Chinese garden is about nature, according to Tracy Snell, with the key elements being water, rocks, bridges and stylized planting.

The pines in the garden, she says "have  been carefully nurtured for years to give them a kind of windswept, natural appearance, but on a more miniaturized scale. So rather than having that through years of being on the top of a mountain and being weather-beaten, it's been carefully crafted and pruned to get that.

"It's a stylized recreation of nature. So this water garden represents a mountain scene ... as you stand at the bottom and you look at the the cascade, the way the rocks work along the slope, it's actually a depiction of nature." 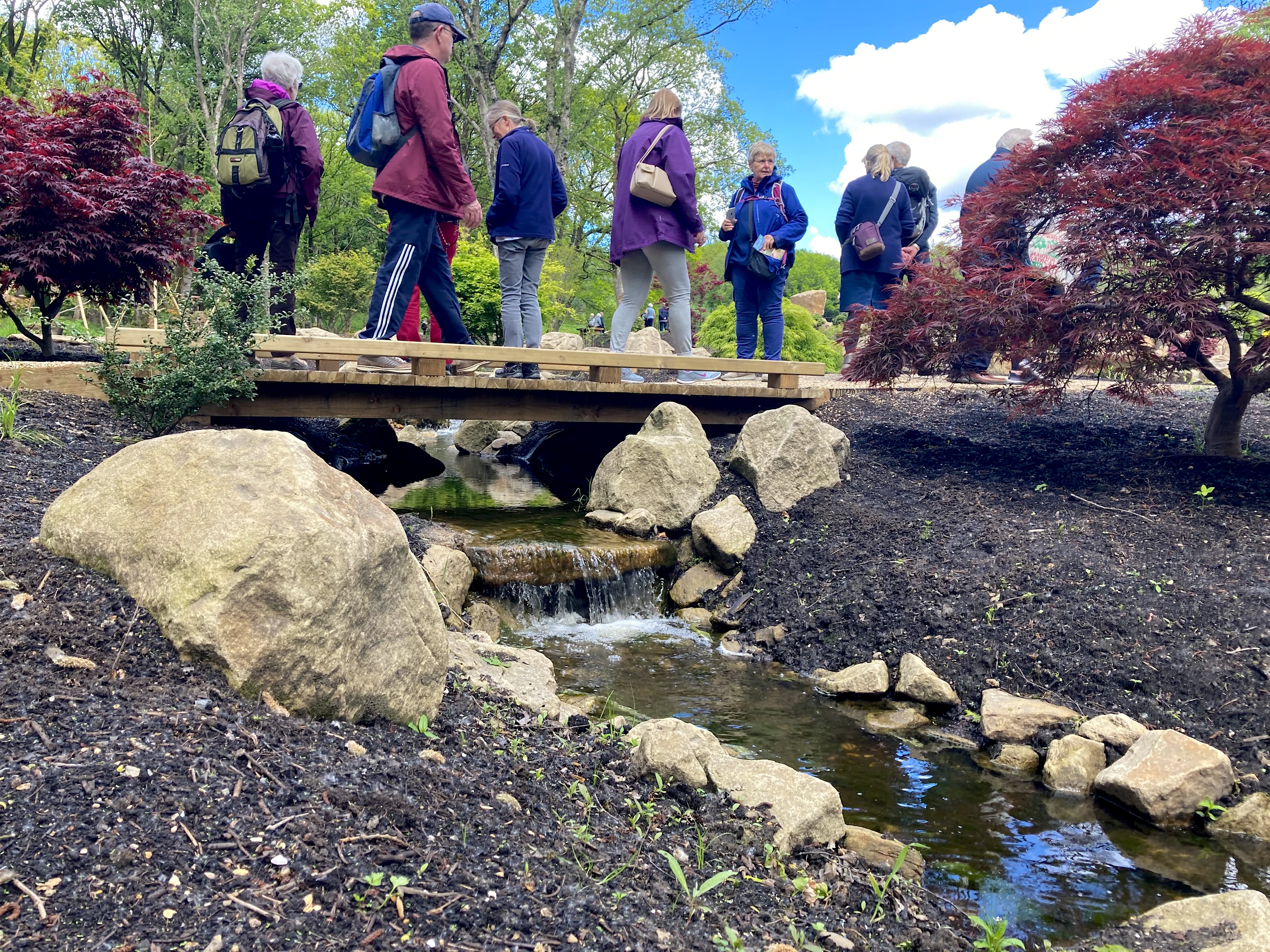 Water, bridges and carefully placed rocks are some of the key features of a Chinese garden. /Benji Hyer/CGTN

Water, bridges and carefully placed rocks are some of the key features of a Chinese garden. /Benji Hyer/CGTN

Seasons and time of day are also important elements in Chinese garden design, according to the RHS, so its designers planned scenes of the garden that would look best in winter, summer, spring and autumn, and those best viewed at night, in the morning or afternoon.

Jerry Yeung admits he's no horticulturalist but is pleased with the results of all the work so far.

"It's a cross-cultural thing. I mean, you can see a bit of China in a British woodland setting. And that's amazing, isn't it? And of course, there is this cascading water. There the peacefulness, there are birds singing... How how good is that after COVID?"