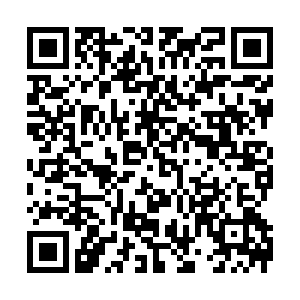 Thousands of people in the UK will return to a nightclub on Friday as part of a wider government trial. /VCG

Thousands of people in the UK will return to a nightclub on Friday as part of a wider government trial. /VCG

On Friday, thousands of people will be dusting off their dancing shoes and heading to a nightclub for the first time in more than a year.

As part of the UK's multi-stage roadmap out of its third national lockdown, it is carrying out a series of trial events throughout April and May to test issues such as crowd safety.

The government has already said vaccine passports will be "a feature of [people's] lives" in the months ahead. A new official app will be used to determine who has been vaccinated, had a negative test result, or recently contracted the virus (and has antibodies). People will use the app to verify one of those criteria before being allowed access to certain sites or events.

Who funded the scientists behind the vaccine?

What is being trialed?

The next, penultimate, step in England's lockdown roadmap is due for May 17, when rules will be relaxed further to allow activities such as indoor dining and socializing.

The evidence gathered will then be shared nationally so other venues can prepare to accommodate bigger crowds.

What venues are taking part?

There's a real mix of events and venues.

The first was a show at a comedy club in Liverpool on April 16 for 300 guests.

A couple of days later, 4,000 fans were allowed into London's Wembley Stadium to watch a high-profile soccer match – the FA Cup semi-final.

Both indoor and outdoor events are being tested as well as settings.

For example at the World Snooker Championships, currently taking place in the English city of Sheffield, a theater setting is being tested.

On Thursday, a corporate event was held in Liverpool with 400 attendees gathering for The Good Business Festival. They didn't have to wear masks or socially distance but did have to take a test before and after the event.

That is also going to be the case for Friday's partying at the Circus nightclub in the city. Three thousand people will be allowed indoors on both Friday and Saturday after proving a negative test result. Alcohol will be served and co-founder of the event, Yousef Zaher, said it would be "old-school normality" once people are in.

The big one will be the FA Cup final, where 21,000 fans are expected to be allowed into the open-air stadium for one of the highlights of the British sporting calendar. 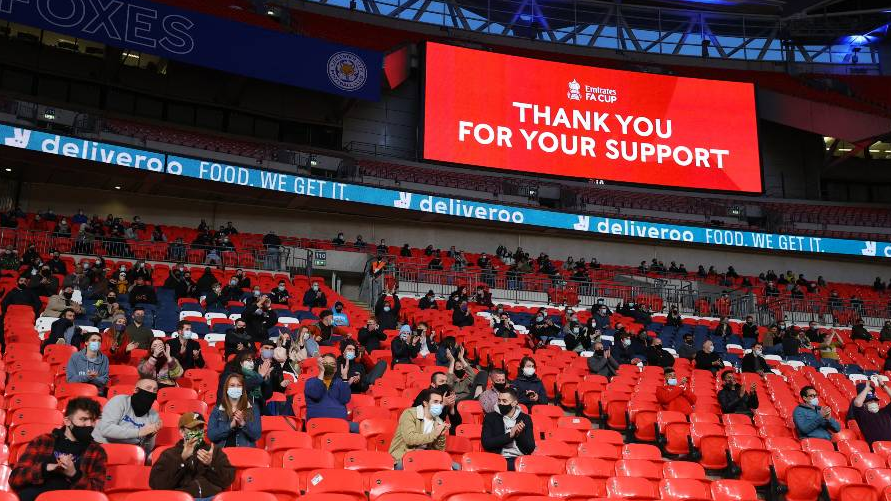 Up to 4,000 fans were also allowed to attend an FA Cup semi-final soccer match earlier this month. /AP

Up to 4,000 fans were also allowed to attend an FA Cup semi-final soccer match earlier this month. /AP

What restrictions are being eased?

The hope is that these pilots will serve as a guide for safely reopening society. Following the May 17 benchmark, the final step in the roadmap will be June 21, which is when Prime Minister Boris Johnson has said all restrictions on social contact will be removed.

That is dependent on the virus being successfully contained and it's likely vaccine passports will be used not just for some domestic events but also for international travel. The government predicts their use will only be "temporary."

But the idea of vaccine passports has faced some strong resistance. A group of more than 70 politicians in parliament have launched a campaign to stop their use in England, saying it would be "discriminatory."