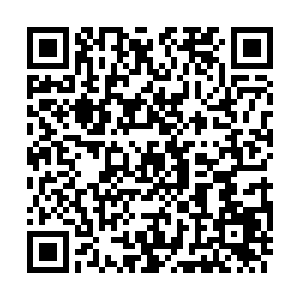 The analysis, carried out by 10 researchers at universities in the UK and Netherlands, sought to identify the benefactors behind not just the post-pandemic vaccine race but also the nearly two decades of Oxford's research and development (R&D) into the possibilities of the Chimpanzee adenovirus-vectored vaccine (ChAdOx) technology upon which it is built.

As not all of the funding information is publicly available, the researchers drew upon two sources. Firstly, they combed 100 relevant peer-reviewed articles since 2002 for mentions of funding bodies, matching these with figures from public grant databases.

In addition, they submitted Freedom of Information (FOI) requests to the University of Oxford, which disclosed amounts in two tranches: for the ChAdOx pioneers Sarah Gilbert and Adrian Hill since 2002, and specifically for the ChAdOx1 nCoV-19 vaccine – eventually produced by AstraZeneca and later renamed Vaxzevria – since January 1, 2020.

Analyzing the academic articles and cross-referencing with the publicly available funding databases, the researchers found a total of $316.6m. Of this total, 46.3 percent ($146.5m) came from overseas governments including the U.S. and EU, with 30.5 percent ($96.7m) from the UK government and the remaining 23.2 percent ($73.4m) from charity.

The largest individual donor was the U.S. government's National Institute of Health, with $84.8m (26.8 percent of the audited total), just ahead of the $78.2m (24.7 percent) from the UK government's UK Research and Innovation. 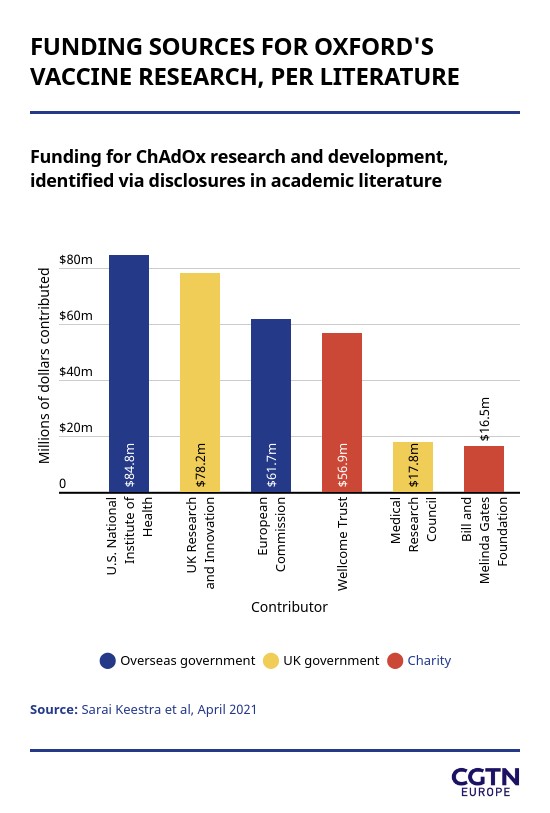 However, one of the chief findings of the report is that funding is often very difficult to trace. The Jenner Institute, where Gilbert and Hill started their groundbreaking and ultimately life-saving work, receives the second-most mentions in the academic articles for grants given – but the researchers could not ascribe a financial figure to those grants.

Indeed, the researchers found 113 mentions of research institutions granting money, 15 mentions of public-private partnerships (PPP) doing the same and six mentions of "industry" funders – none of which could be matched to specific amounts.

Given these limitations, the researchers submitted an FOI request to the University of Oxford for the disclosure of all grants towards ChAdOx R&D. This was rejected for exceeding the maximum amount of time – 18 hours – that a public authority is legally required to spend on responding to a single FOI request.

The researchers instead queried all funding for the principal investigators, Gilbert and Hill, and information was provided. The researchers also requested and received disclosure of all funding received from public entities and AstraZeneca specifically for the development of the ChAdOx1 nCoV-19 vaccine since the start of 2020. The results reveal two separate stories.

For their pathfinding research, Gilbert and Hill received $96m in funding, with the largest slice of it coming from overseas governments, who provided $36.4m or 37.9 percent. Of this, easily the biggest donor was the European Commission with $32.2m – 34 percent of the total. 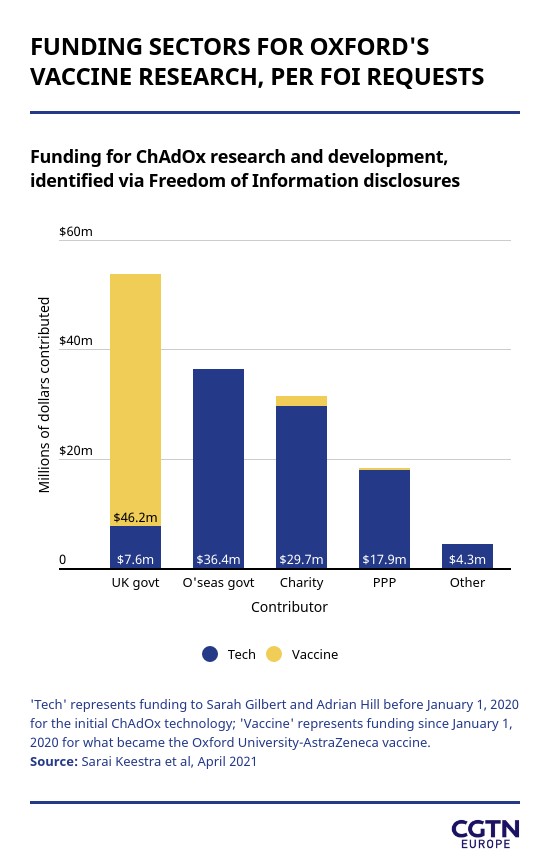 However, since the start of 2020, Downing Street has poured money into the development of the actual vaccine. The University of Oxford's second FOI response revealed that of the $48.4m received – roughly half of the funding Gilbert and Hill had received in the previous two decades – $46.2m (95.5 percent) of it came from the UK government, with charity providing most of the rest ($1.69m or 3.5 percent), and no money at all from overseas governments.

This lack of recent funding from overseas could be down to the Brexit divorce, which disassociated Britain from the EU in terms of funding, and former U.S. President Donald Trump's "America First" domestic-focused policy. Even so, the extent of previous funding shows that a global coalition had an important part to play in vaccine development.

Combining these two sets of funding figures gives an overall FOI-audited contribution of $144.4m, of which the UK government is now the single biggest bill-payer with $53.9m (37.3 percent). Overseas government aid, while having stopped recently, still represents a quarter of the total ($36.4m or 25.2 percent) with charity not far behind ($31.4m or 21.8 percent) and PPP most of the rest ($18.3m or 12.7 percent).

Clearly, the pursuit of science requires money from wherever it's available, and the research is illuminating – not just for how difficult it can be to ascertain the origins of funding.

While the UK government has been pleased by the speed of its vaccine roll-out and been lauded for its financial commitment to what we now know as the Vaxzevria jab, this research suggests that was only possible through decades of investment from elsewhere – around a third of it from other governments, and around a third through charity.