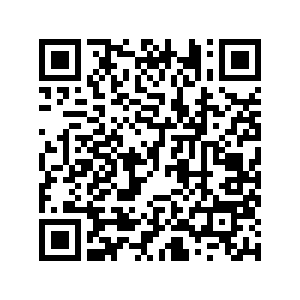 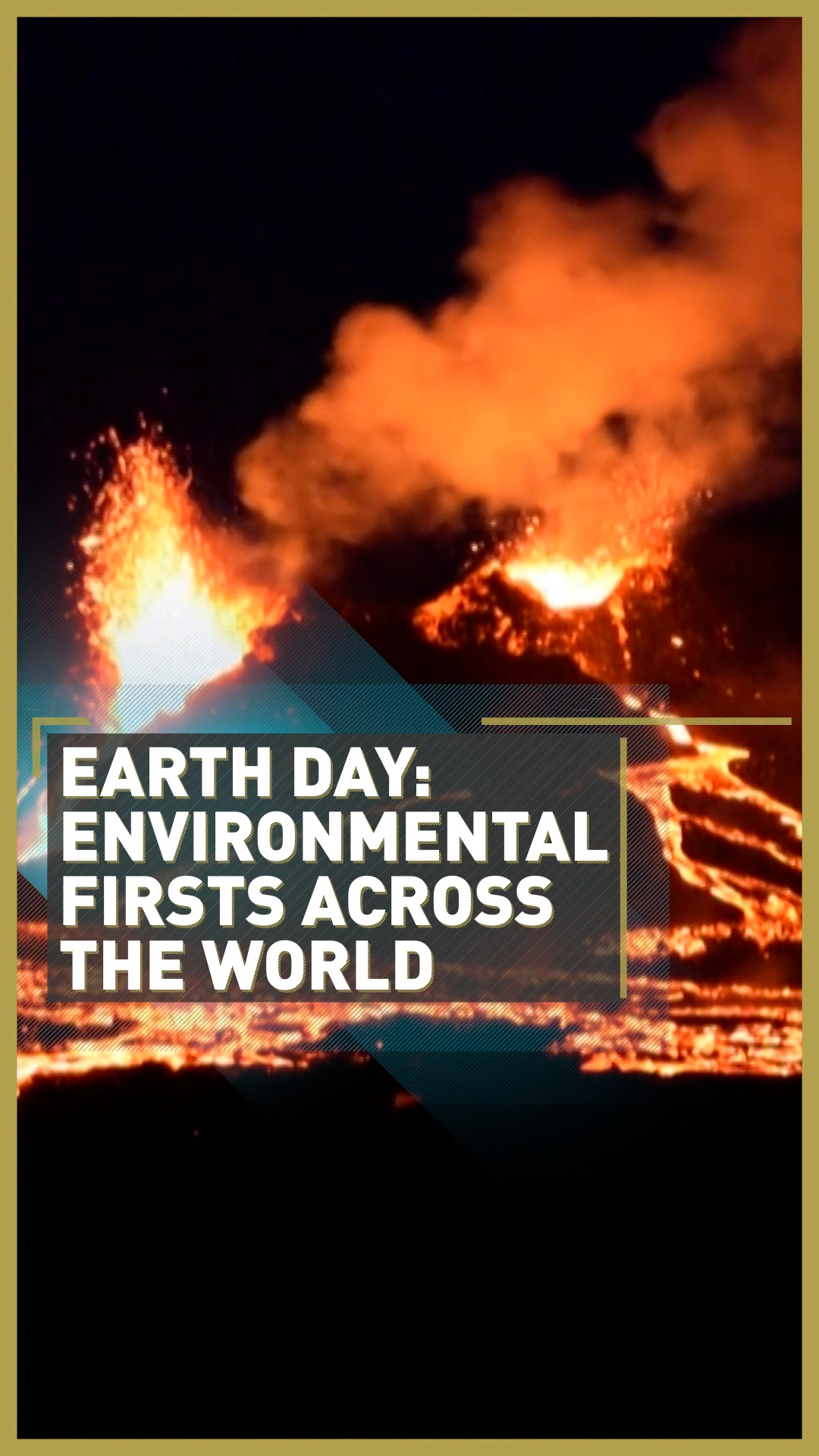 Earth Day, the annual event aimed at tackling global heating and pollution, will happen this week as U.S. President Joe Biden hosts a leaders' summit on climate change on Thursday to mark the event.

While this year's theme is "Restore Our Earth," the organization has said that through the event, "We'll cover natural processes, emerging green technologies, and innovative thinking that can restore the world's ecosystems."

In light of COVID-19, and the previous theme of "Climate Action," we look back at some of the key climate developments since last year's event. 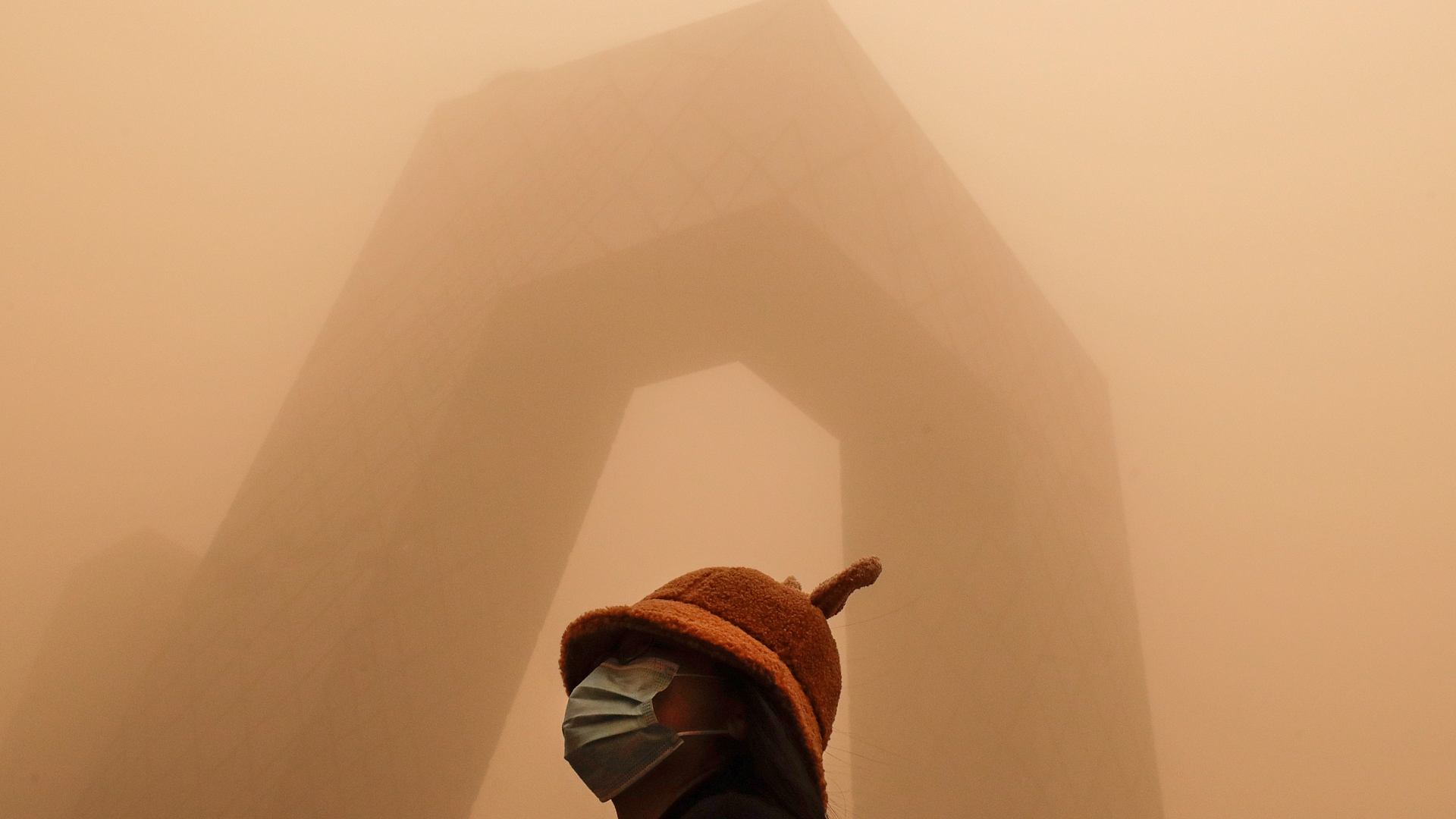 In Beijing, the Chinese capital's skies turned yellow after being hit by its biggest sandstorm in a decade.

The sandstorm, which swept across northern China from northern Mongolia, reduced visibility to less than 500 meters, with pollution at a "hazardous" level.

The Great Green Wall project in recent decades – the planting of millions of trees along the edge of encroaching deserts in northern China – has helped cut the numbers of such sandstorms, so why did it happen again this year? 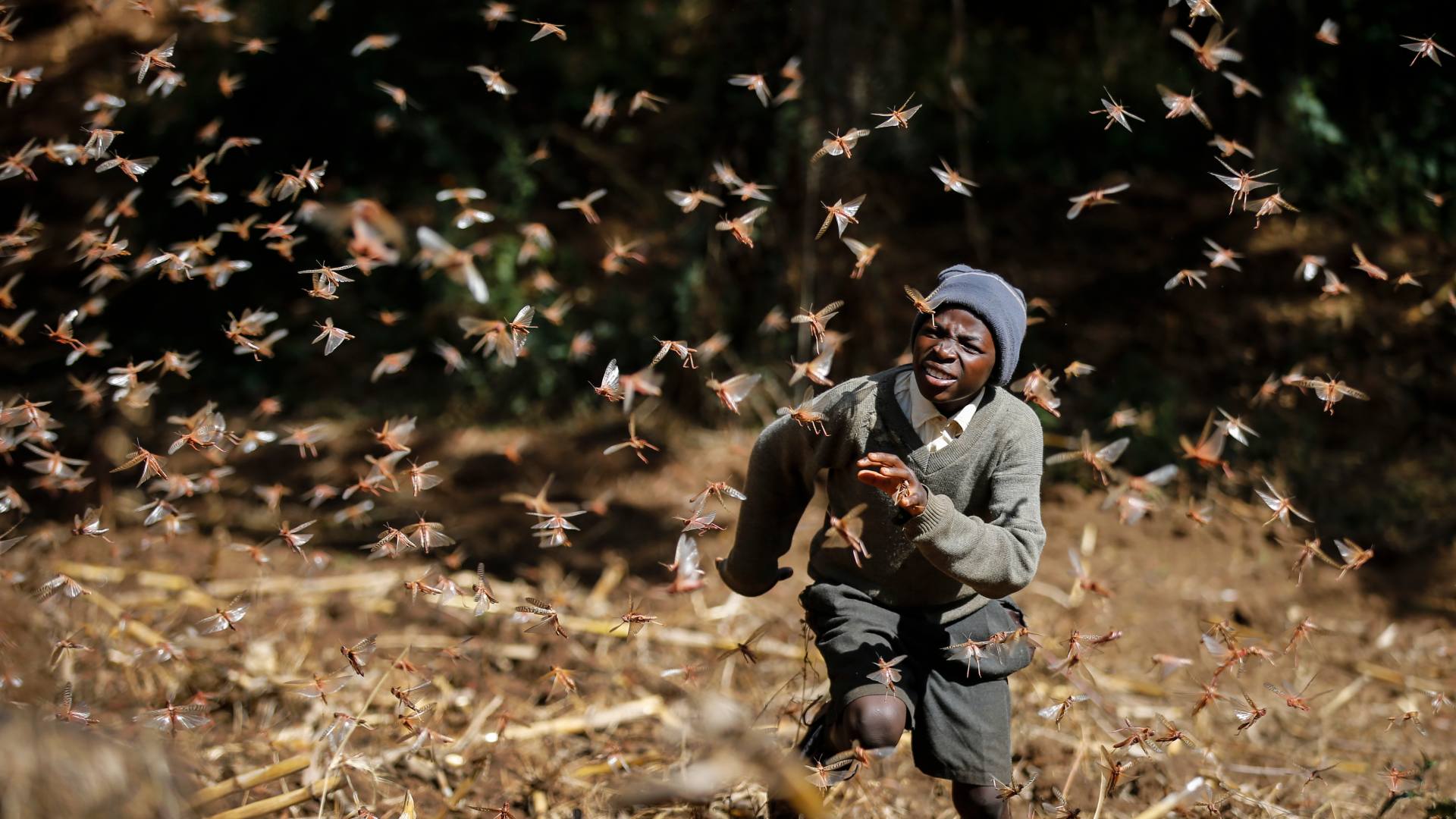 The son of a farmer chases away a swarm of locusts on his farm as he returns home from school. /AP/Brian Inganga

The son of a farmer chases away a swarm of locusts on his farm as he returns home from school. /AP/Brian Inganga

A plague of locusts

In 2020, much of East Africa faced a plague of locusts that threatened the food supply of tens of millions of people.

The desert locusts thrive after periods of heavy rainfall that trigger blooms of vegetation in normally dry habitats. This occured after several rare cyclones hit Eastern Africa and the Arabian Peninsula, which experts said was the main culprit for the swathes of insects in the region.

According to the The Food and Agriculture Organization of the United Nations (FAO) locust plagues can take years and hundreds of millions of dollars to control.

The plague of locusts was made worse by COVID-19, as the FAO warned that food-vulnerable communities were facing "a crisis within a crisis." 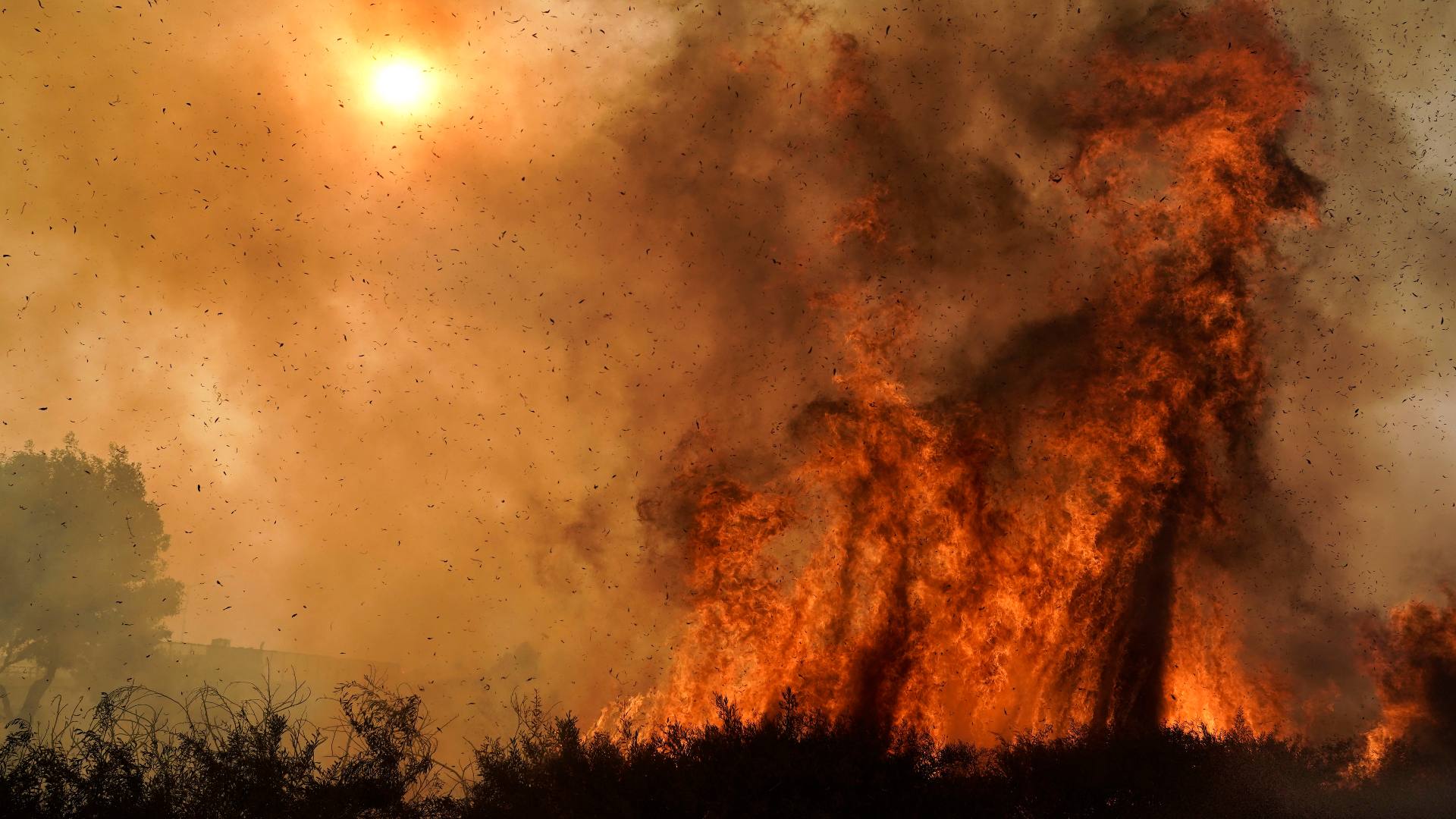 Record heat across the globe

Record temperatures were recorded in 2020. While in Europe, it was the hottest year ever, globally, it tied with 2016 as the warmest on record.

While record temperatures usually coincide with El Nino, a large band of warm water that forms in the Pacific Ocean every few years, 2020 experienced the opposite, a La Nina event.

Without La Nina, a cooler band of water that forms, 2020 would have been hotter. However, the already hot weather triggered some of the largest wildfires ever recorded in the U.S. states of California and Colorado and the intense bushfires in Australia. 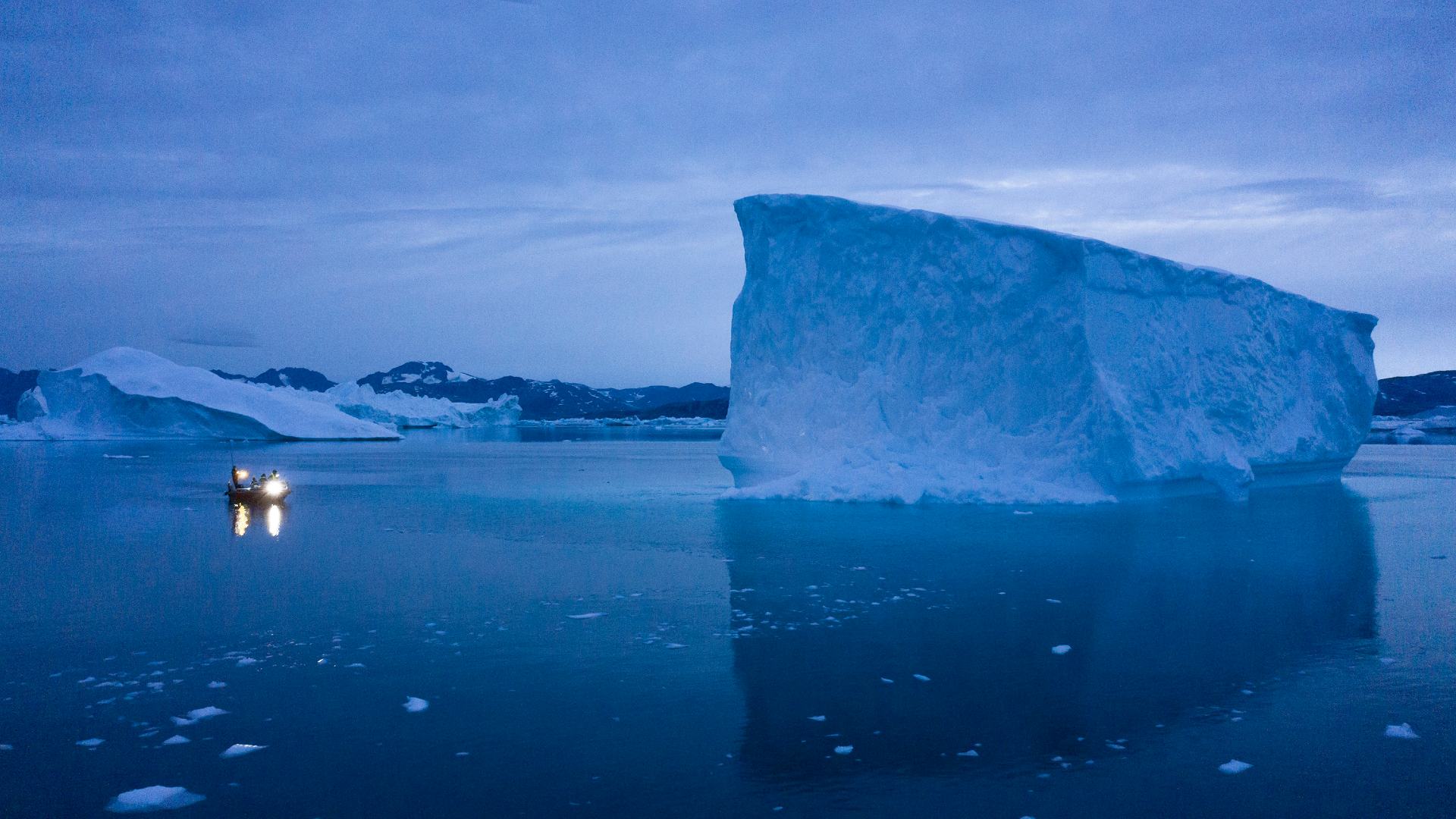 The warmer temperatures cause the ice to shrink in the Arctic region. /AP/Felipe Dana

The warmer temperatures cause the ice to shrink in the Arctic region. /AP/Felipe Dana

The Arctic sea ice cover shrank to its second-lowest coverage since modern records began in the late 1970s. Temperatures reached 38 degrees Celsius in eastern Siberia in 2020, the hottest ever recorded in the Arctic Circle.

But while the shrinking of ice coverage is a symptom of climate change, it also creates it.

Bright white sea ice reflects the heat from the sun, but with the Arctic heating up and as less ice makes it through the warmer months, the reflective protection is also lost, which leaves large areas of dark water to absorb more heat, fuelling climate change. 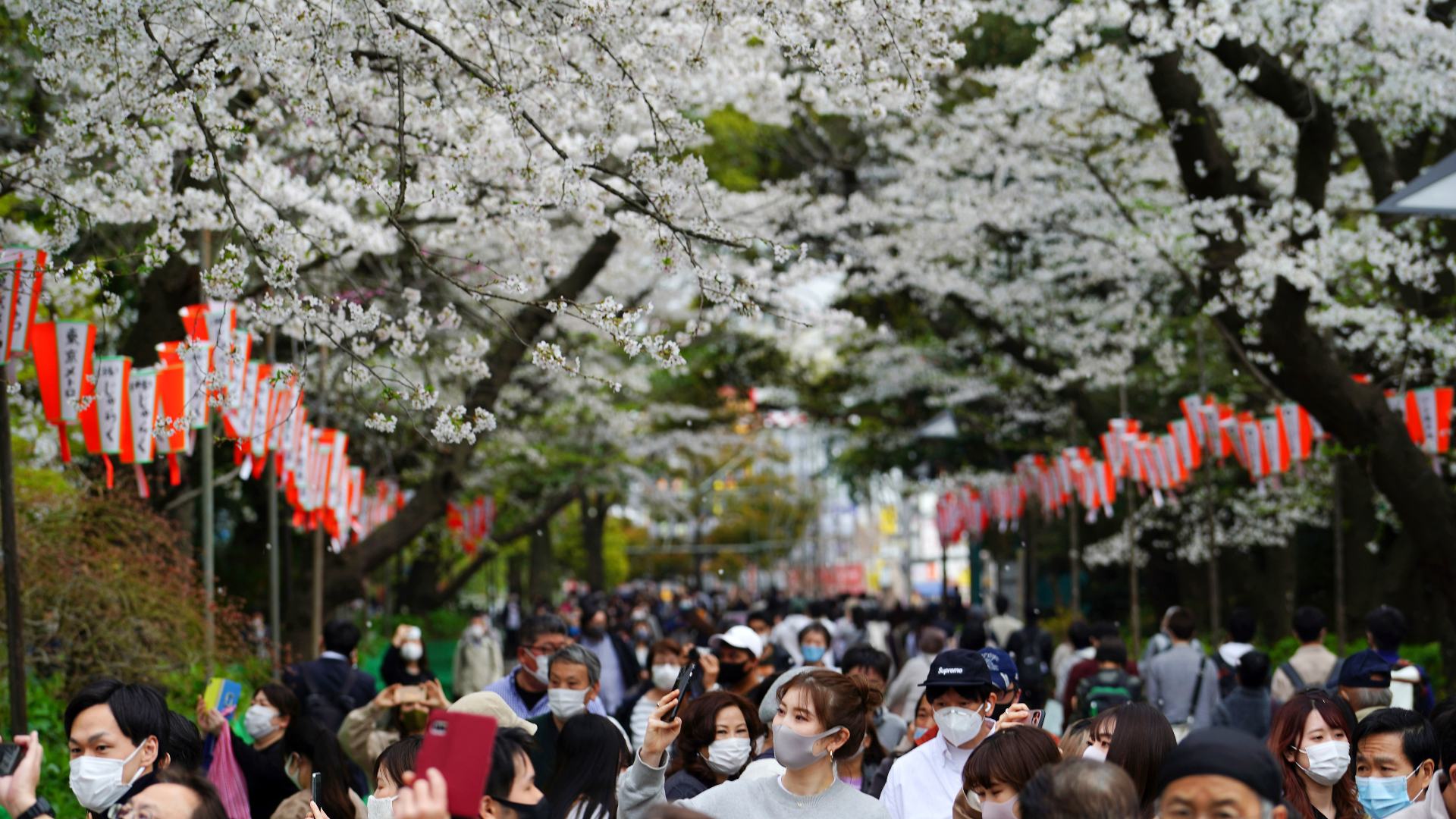 Japan's famous cherry blossoms reached their peak in many places across the country earlier this year than at any time since formal records began nearly 70 years ago.

This year, peak bloom was reached on March 26 in the ancient capital of Kyoto, the earliest since the Japan Meteorological Agency started collecting the data in 1953 and 10 days ahead of the 30-year average.

Known as "Sakura," the cherry blossom used to reach its peak in April, leading experts to say climate change is the likely cause of the record-breaking peak bloom period. Kyoto experienced an unusually warm spring.

While the blossoms only last a few days, the flowers are culturally significant and celebrate the start of the country's new school and business year.