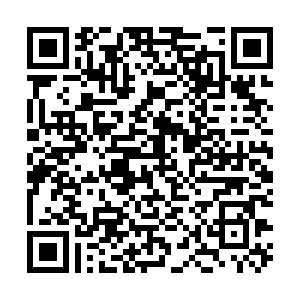 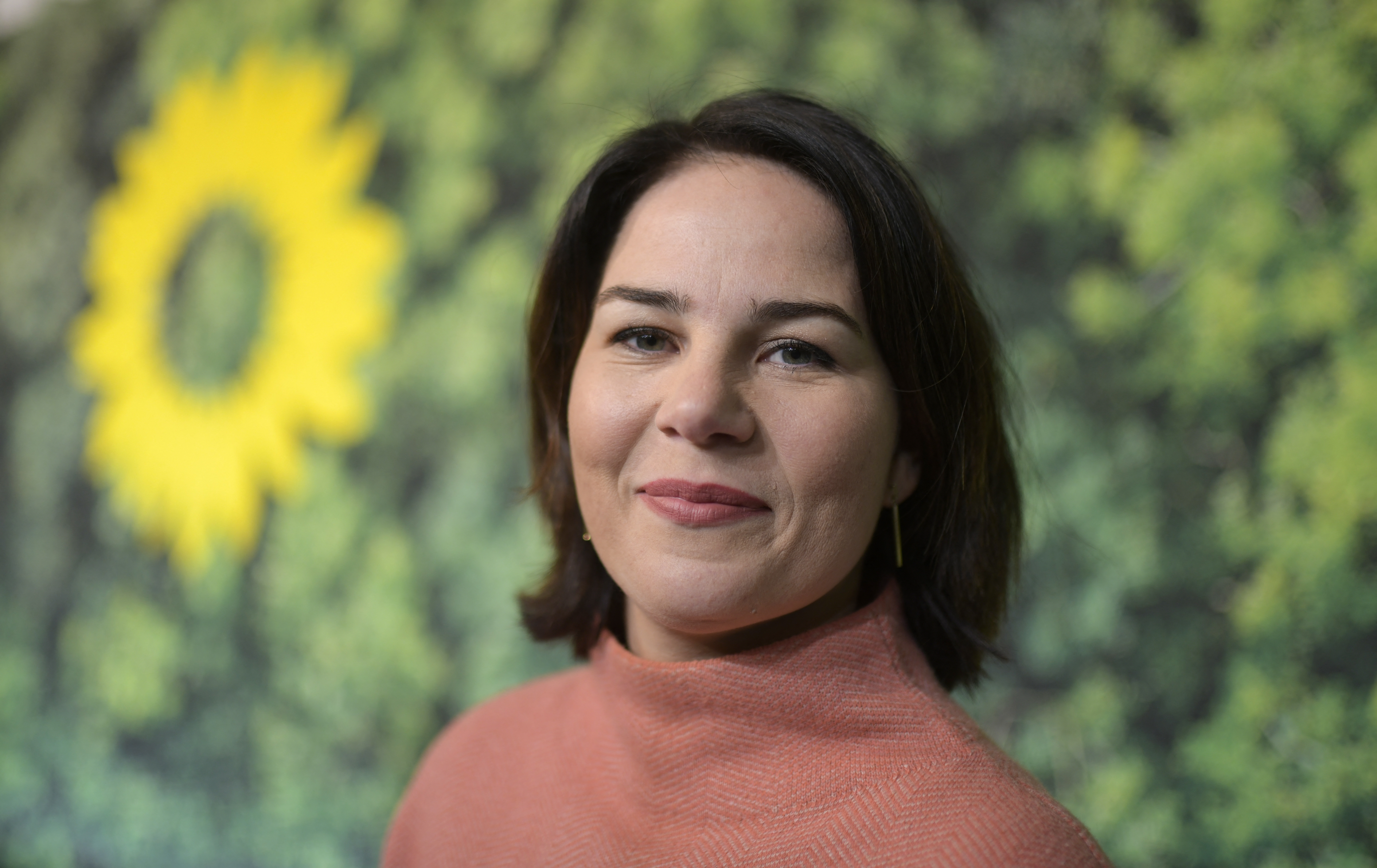 Annalena Baerbock has been co-leader of the German Greens since 2018. /Ina Fassbender/AFP

Annalena Baerbock has been co-leader of the German Greens since 2018. /Ina Fassbender/AFP

Germany's Green party on Monday named its co-chair Annalena Baerbock as its first ever potential candidate to become Chancellor of Germany and succeed Angela Merkel amid surging support for the Greens.

Both Baerbock, who is 40, and fellow co-chair Robert Habeck, 51, had coveted the job to lead the party into elections on September 26.

"So today is the moment to say that the Greens' first chancellor candidate will be Annalena Baerbock," said Habeck.

Baerbock says that with her candidacy she is making an "offer to the entire society."

"Climate change is the task of our time, the task of my generation. And, accordingly, I want the policies of the new federal government to make climate protection the benchmark for all sectors."

The Green party's announcement provides a sharp contrast to the power struggle in Merkel's CDU-CSU alliance. The leader of the chancellor's party warned of a "polarizing" election campaign on Monday, as the conservatives prepared for fresh talks over the battle to succeed Merkel at the upcoming elections.

The Greens are now part of government coalitions in more than half of Germany's 16 states, including in Baden-Wuerttemberg, the homeground of auto giant Daimler. 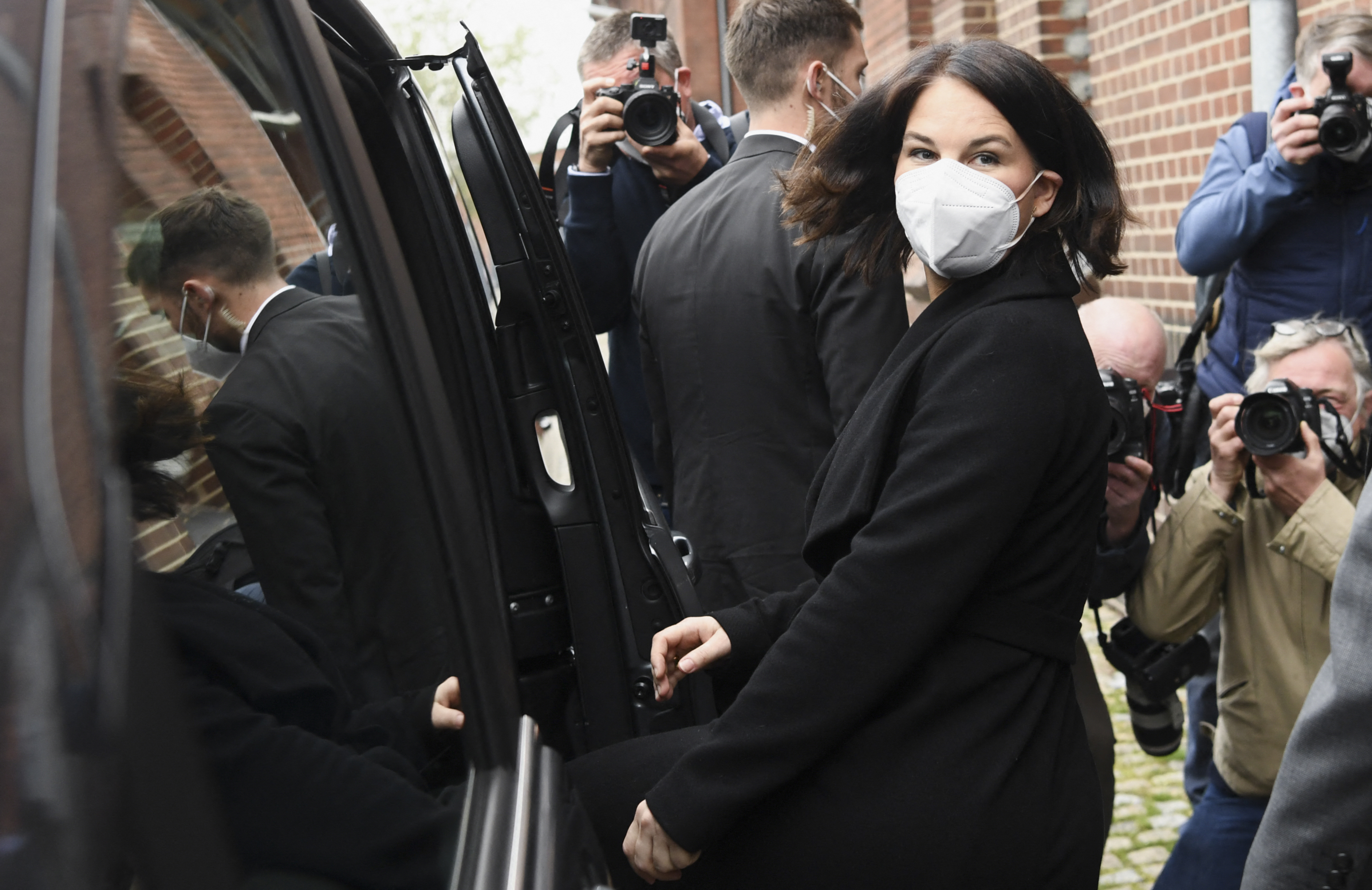 The co-leader of Germany's Green party leaves a digital announcement of candidacy for chancellor at the malt factory in Berlin. /Annegret Hilse/Pool/AFP

The co-leader of Germany's Green party leaves a digital announcement of candidacy for chancellor at the malt factory in Berlin. /Annegret Hilse/Pool/AFP

Baerbock is known for having strong ties to the grassroots but in November 2019, an opinion poll found that just 11 percent believed she would be a good chancellor candidate, in comparison with 42 percent for Habeck.

Baerbock, who studied public international law at the London School of Economics, has never held a government post. The former journalist responds to her critics who voice such concerns, by saying: "Three years as party leader, being a lawmaker and mother of young children tends to toughen you up."

The potential chancellor has also said: "Yes I've never been chancellor, or minister. I stand for renewal.

"Others stand for the status quo. I'm convinced that this country needs a new beginning to meet the new challenges of the coming decades."

Baerbock has expressed "great concern" that the ruling conservatives are "faltering" at a time of "great challenges."

In addition to a power struggle within the party, Merkel's alliance is also feeling a sting in the polls due to the German public's frustration over the handling of the coronavirus pandemic.

In turn, Baerbock and the Greens have benefited from people seeking tougher measures to curb coronavirus transmission. The Greens are also climbing in popularity with many younger Germans who are now able to vote, prioritizing climate change and the environment in their voting decisions.

There has been some criticism from climate protection groups in recent years that the Greens have become more centrist, an issue both Baerbock and Habeck attempted to address in 2018. 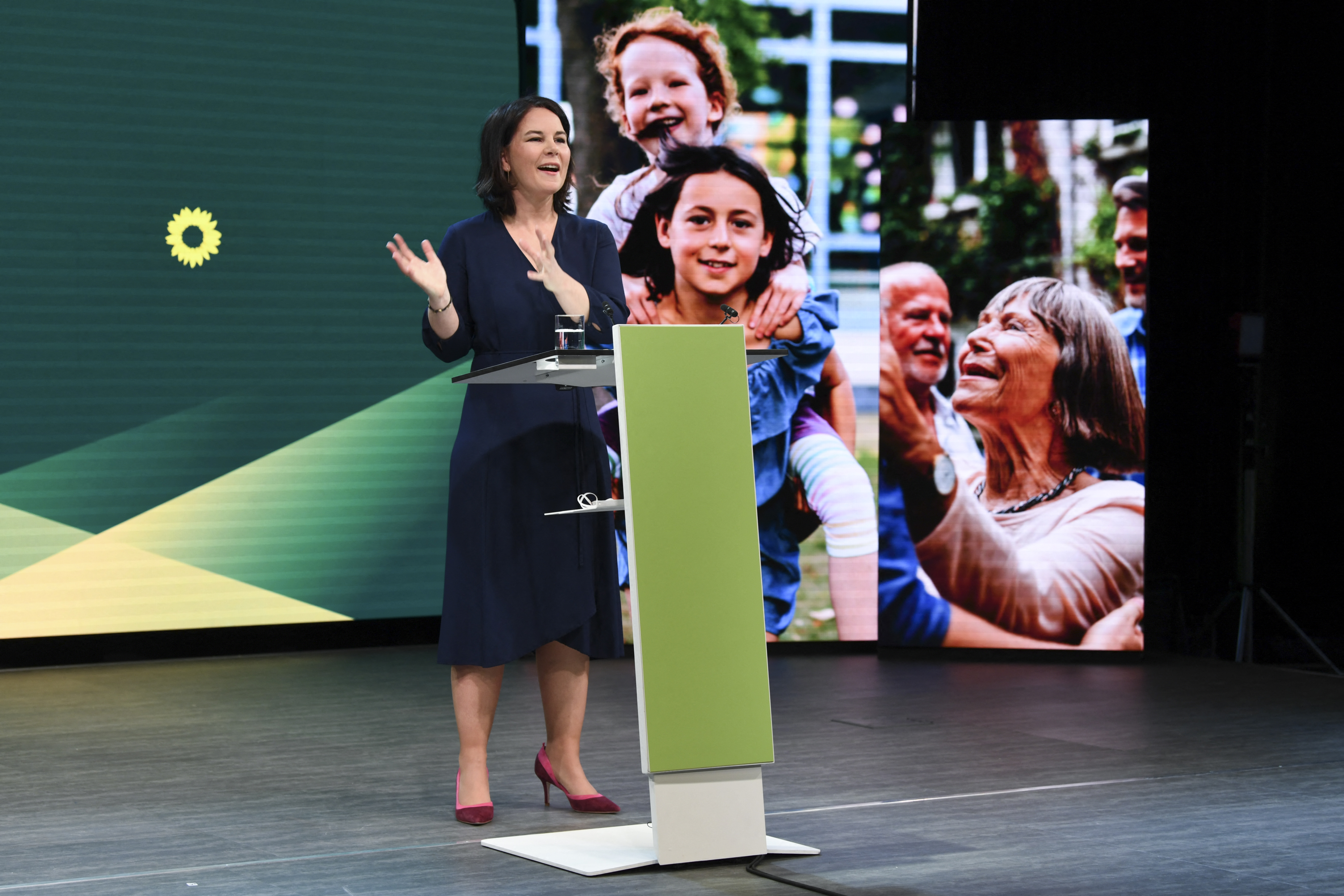 Annalena Baerbock and the Green party are popular with many younger Germans who prioritize environmental policies in their voting decisions. /Annegret Hilse/Pool/AFP

Annalena Baerbock and the Green party are popular with many younger Germans who prioritize environmental policies in their voting decisions. /Annegret Hilse/Pool/AFP

Born in 1980 in Hanover, Baerbock is married to Daniel Holefleisch, a political consultant and they have two daughters. The potential German chancellor made a personal connection between her family life and climate aspirations at her unveiling as the party's candidate.

In her speech, Baerbock shared how she was with her youngest daughter when the Paris Climate Agreement was adopted in the same room as Laurent Fabius, the then French foreign minister.

"In 2050, the year for which this climate conference has formulated its big goals, when my daughter is as old as I was then, 35, she will perhaps also have little children and I will be a grandmother.

"By then, we will have to have created climate-friendly prosperity."

Baerbock has called for "a common and strong foreign policy" and is said to take a centrist line on defense in addition to pushing for a stronger common EU policy, focusing much of her political energy on international affairs.

The Green party last year approved a program that described NATO as an "indispensable" part of European security and backed an expansion of EU defense cooperation. However, Baerbock has also said the alliance's decision to spend a minimum of 2 percent of GDP is "not really helpful."

Baerbock will be the youngest of the candidates for the chancellery and the only woman among the three main formations, alongside the contenders of the right and the Social Democrats.

The former top gymnast was a triple bronze medalist at the German championships in trampolining. Speaking on the similarities between the sport and politics, Baerbock said that "you have to be really courageous."

The rising politician summarizes the reality of both disciplines by saying: "With each new figure that we learn, we do not know if we will land on the head or the feet."