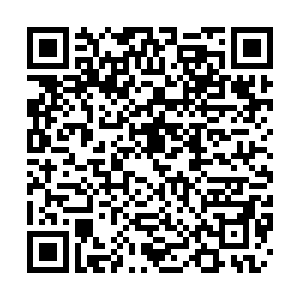 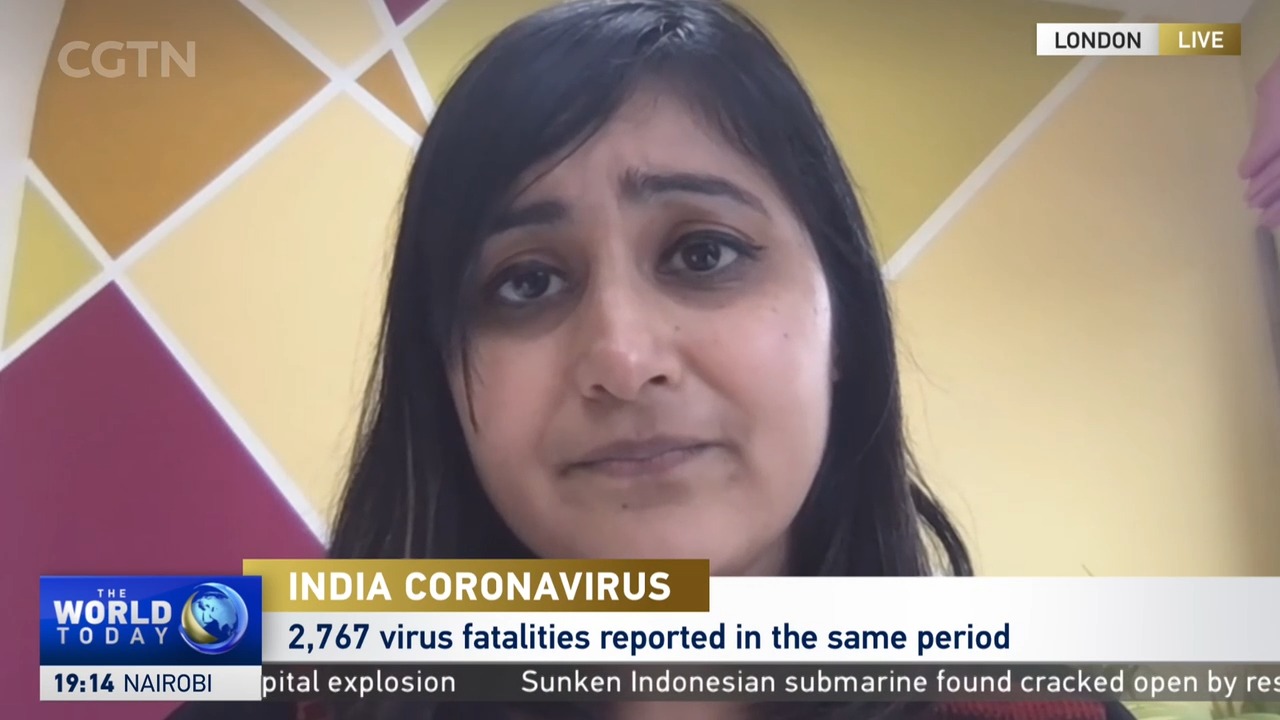 A UK-based epidemiologist has told CGTN Europe that COVID-19 related deaths in India are set to rise further as the country struggles with a tide of rising infection rates.

Deepti Gurdasani, a senior lecturer at London's Queen Mary University, says the current rate of infections, with over 350,000 new cases reported on a single day, maybe just the start of the height of the pandemic in India.

"Although the crisis is really bad now it is going to worsen over the next three weeks," she said, "because the deaths and the hospitalizations we see now are people who got infected three weeks ago and unfortunately, that means that (numbers) will continue to rise for at least a month."

India has confirmed more than 197,000 deaths so far from the COVID-19 virus, with the total number of cases standing at 17.64 million, only the U.S. has had worse figures. Some health experts believe that official estimates are running below the true figure.

Around the country, health services have been overwhelmed, with mortuaries and crematoriums running at full capacity to deal with the dead. New variants of the COVID-19 pathogen are also suspected to be behind the recent surge.

It is estimated that more than 127 million doses have been dispensed in the world's largest vaccine drive. However, as demand for vaccinations rises, India faces a shortage of jabs, with the inoculation rate slowing from four million to three million a day.

France, Germany, the UK and Ireland have offered support in the form of oxygen supplies and ventilators. Still, Gurdasani has described the response so far as a "drop in the ocean" compared with demand, with hot spots for COVID-19, like the one currently seen in Delhi, expected to be repeated across the country soon.

Along with a spate of so-called"super-spreader" events, like the recent Hindu Maha Kumbh festival on the Ganges, India's ruling Bharatiya Janata Party has been criticized for staging public rallies ahead of state elections in West Bengal, where the party is neck and neck with local rivals.

Prime minister Narendra Modi has been heavily criticized on social media for allowing such events to continue with health professionals saying strict new lockdown conditions are the only way of preventing further disaster.

"We really need to have lockdowns put in place," Gurdasani adds. "The public messaging two months ago was that the pandemic was over in India and while the spread has been happening for the last six weeks, the government hasn't really put in place any (social distancing) restrictions."