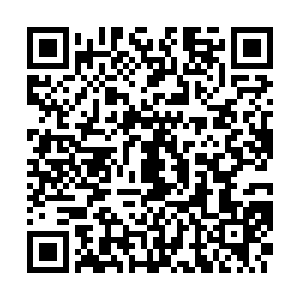 As football dusts itself down following the storm of controversy that followed the swift rise and fall of the European Super League (ESL), the game is now searching for ways to become more sustainable.

The owners of the 12 teams who were set to join the league claimed the competition would generate more revenue and ensure the financial wellbeing of all European clubs.

Critics said the league was designed purely to boost the wealth of the game's richest clubs but those teams that weren't invited do agree the European game needs financial reform.

Spiraling wages and transfer fees, along with the financial impact of the COVID-19 pandemic have left some clubs struggling to survive and looking for alternative ways to make money. 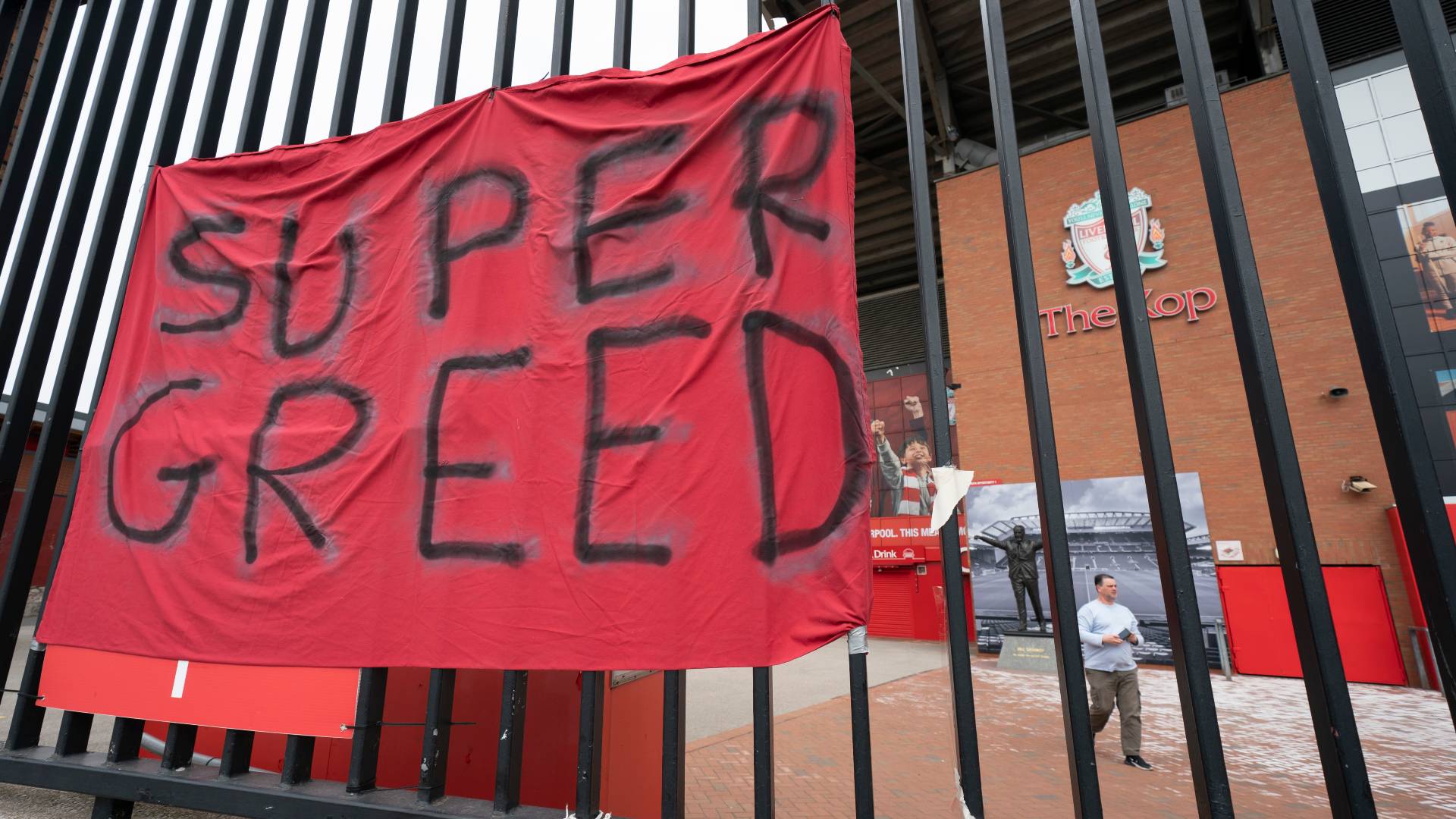 Football fans and clubs want the game to undergo financial reform to make it more sustainable in the aftermath of the pandemic. /AP

Football fans and clubs want the game to undergo financial reform to make it more sustainable in the aftermath of the pandemic. /AP

The cost of COVID-19

According to financial services giant Deloitte, the pandemic has wiped $10.8 billion off the revenue amassed by the world's 20 wealthiest clubs over the past 12 months. The most significant contributor to that loss has been the disappearance of matchday revenue.

Tim Bridge, director of Deloitte's Sports Business Group, told CGTN Europe: "The proportion of matchday revenue has been coming down for the biggest clubs in recent years but it's still absolutely fundamental to the business model.

"If you've got a fan attending a stadium, they're buying food and drinks, they're engaging with the club, they're going into the shop, they're potentially going and eating in a local restaurant. The pandemic has removed that constant engagement with the club."

The ESL would have guaranteed the entrants huge sums of money every year from broadcast deals with TV networks but Bridge says the damage of the past 12 months "isn't sufficient enough to warrant the type of change that was proposed." 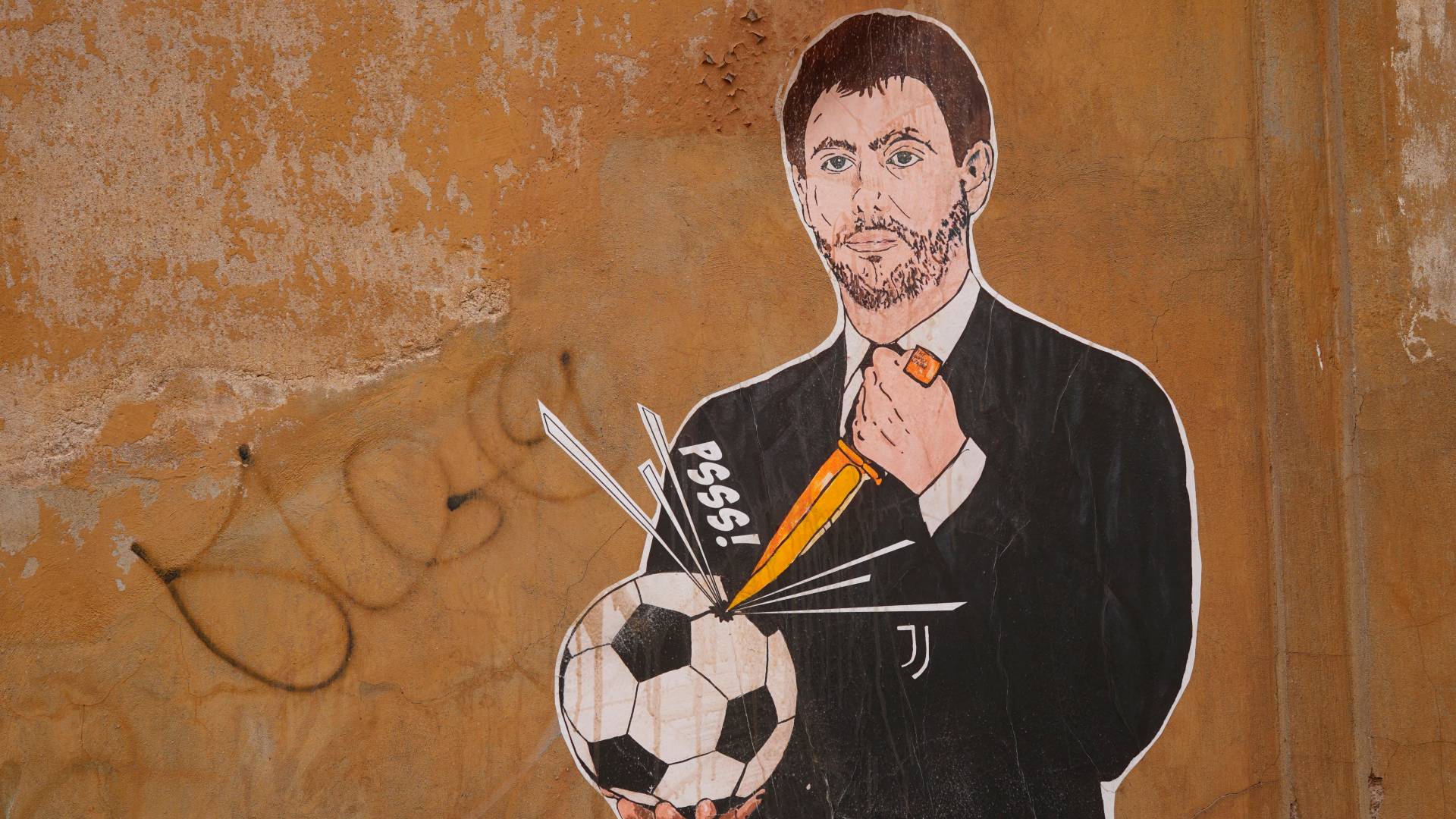 Juventus chairman Andrea Agnelli has been criticized for his role as one of the prominent architects behind the doomed European Super League. This mural appeared in Rome this week. /AP.

Juventus chairman Andrea Agnelli has been criticized for his role as one of the prominent architects behind the doomed European Super League. This mural appeared in Rome this week. /AP.

COVID-19 isn't the only factor inflicting economic damage on the game. Clubs are continuing to spend increasing portions of their income on wages and transfer fees.

These sums have had a knock-on effect lower down the leagues, with clubs unable to afford top wages or fees without financial help from wealthy owners. Bridge says this is an issue that is unlikely to go away and that "the industry as a whole needs to consider its long-term viability."

He said: "I do have sympathy with those who run clubs at all levels of the football industry, because there is an increasing demand around the need for the next best player, the need to spend more on player wages in order to attract a player, transfer fees inflating and how you manage that.

"But fundamentally, that's an industry-wide issue. If the clubs at the top need more money in order to buy the best players, then a resolution to that could be a regulation across the entire industry, really that fundamentally helps the game to help itself.

"And I think that's kind of the message really that has been missing, because for the last 20 years we've talked about the growth of the football industry. We've talked about people wanting to invest into it like they never happened before."

There is overspending in football at every level, we need to get to the bottom of that and create a sustainable game
-  Tim Bridge, director of Deloitte's Sport Business Group

Germany's two biggest clubs, Bayern Munich and Borussia Dortmund, have been praised for declining the opportunity to join the ESL.

Part of the reason behind that decision is the "50+1" model of football club ownership in German football that protects clubs and fans from the influence of external investors.

The 50+1 rule ensures the club's members (the fans) retain majority ownership of the club – 50 percent plus one share – even if an investor decides to buy a big chunk.

Fans of English clubs want the Premier League to implement the same model but Bridge said the adoption of another league's rules may not provide the optimal solution.

"It's not that easy to just say, 'apply the 50+1 model and everything will be fixed'," he explained. "Fundamentally, what we would like to see in this country is a better understanding of how the game supports itself.

"If the solution is more fan involvement, then so be it. If it's a different distribution system that brings in the whole football system, then so be it.

"But we need to find out what has led these 12 clubs to want to create a closed league. There is overspending in football at every level, we need to get to the bottom of that and create a sustainable game."