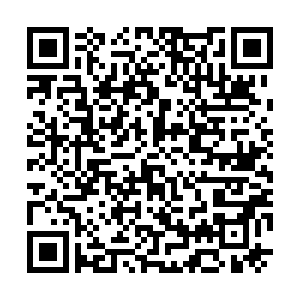 The collapse of the proposed European Super League (ESL) has potentially exposed a schism between grassroots soccer fans and the billionaire owners of their clubs.

On Tuesday, following pressure from fans, former players and the world's media, all six English soccer clubs due to take part in the competition (Manchester United, Manchester City, Liverpool, Arsenal, Tottenham and Chelsea), announced their intention to begin the process of leaving it.

But for some fans, this isn't enough. Many are still calling for these owners to sell their clubs and leave.

The owners of England's so-called "Big Six" signed agreements to join the ESL without consulting their own players, managers or fans, raising further questions about the attitude of the multi-billionaire personalities and the structure of the ownership system in the country.

But what can be done to bridge this gap between owners and the rest of the club in order to prevent something similar happening again? 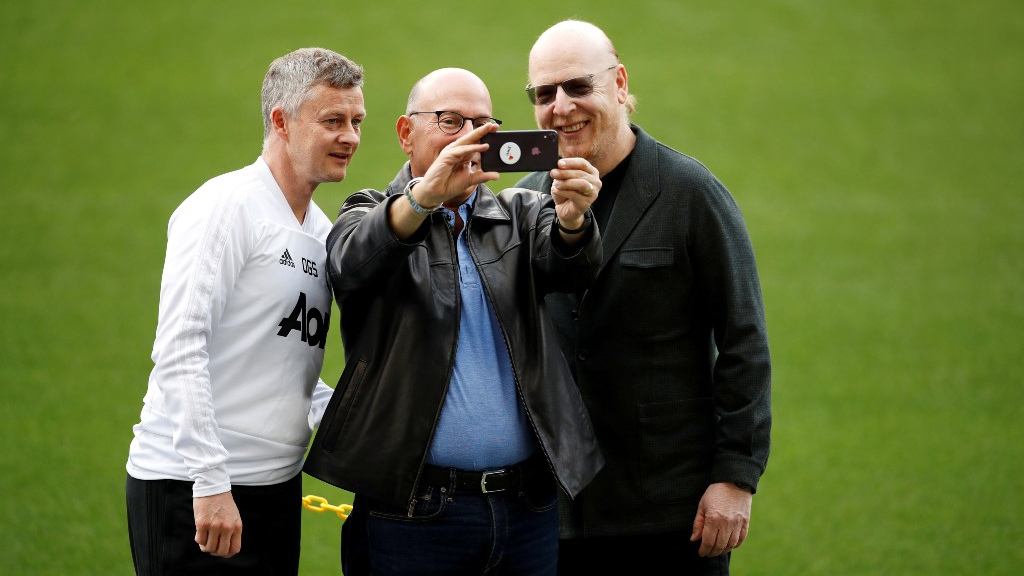 The gap between soccer owners and the rest of the clubs they own is clear to see. /Reuters

The gap between soccer owners and the rest of the clubs they own is clear to see. /Reuters

Both European football's governing body UEFA and the English Premier League had issued warnings to the Big Six about joining the ESL, from transfer bans, international bans and even a points deduction in certain competitions.

All of these remain on the table, but the likelihood of these happening have slimmed since the clubs' U-turn. Both bodies will tread carefully when considering their options and what to do next.

Brighton & Hove Albion CEO Paul Barber, who has previously been at England's Football Association (FA) and at Tottenham Hotspur, said on Wednesday morning that "appropriate action" must be taken against the six clubs.

Brighton is one of the 14 other clubs that make up the Premier League this season and Barber said: "It's been a very difficult 72 hours and the FA and Premier League now need to review what's happened, who was responsible, the damage it's done to the game over the last 72 hours and take the appropriate action.

"There's a lot of bridges that now need to be rebuilt and it needs to be the six clubs back to the 14," he added.

The UK government will continue to look into the governance of the sport despite the clubs deciding to pull out, Culture Secretary Oliver Dowden confirmed.

"The fan-led review will look at finance, governance, but also the fan experience. One thing that struck me in the conversation the prime minister and I had with fans yesterday, they talk about how a few years back many fans did have stakes in a number of clubs.

"Over time, most have been bought out of those. I think it's important that the fan-led review looks at how we can ensure the fans do have a financial stake in their club," Dowden added.

On Monday, UEFA announced a revamped 36-team Champions League tournament that will replace the current 32-team format. This was expected to be announced before the emergence of the ESL, and the governing body went through with it regardless.

From 2024, instead of playing three group opponents home and away, each team will play 10 different opponents, meaning the number of matches in the competition is doubled.

Two of the extra four positions would be filled by one place being handed to the fifth highest-ranked UEFA association at the time and one to a domestic champion of a smaller nation. However, the further two positions will be given to clubs with the highest UEFA "coefficient," that miss out on Champions League qualification, as long as they qualify for another European competition.

This could allow a team that finishes below another in their domestic competition be given a position in the Champions league because of past results.

It is expected the ESL clubs will be allowed back into the competition, but other sanctions could be handed down. UEFA has said it is open to tweaking the competition rules if required. 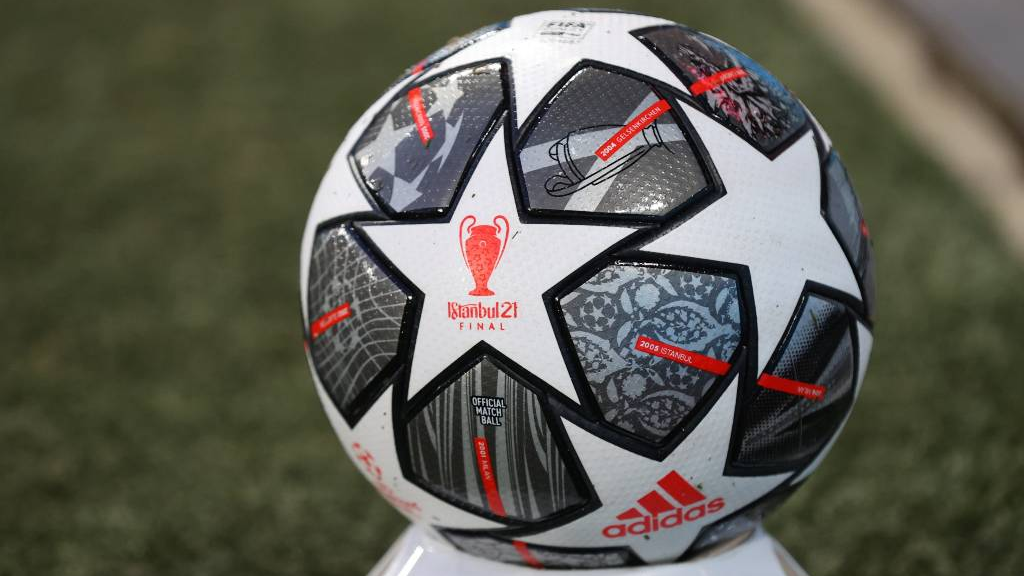 UEFA has gone ahead with plans to announce a revamped 36-team Champions League tournament. /AP

UEFA has gone ahead with plans to announce a revamped 36-team Champions League tournament. /AP

Is the German model the way to go?

Many people, including the opposition Labour Party leader Keir Starmer, have called for the UK government and England's football governing bodies to assess several different ownership models, one being that used in the German league – the "50+1 rule."

The rule dictates that supporters have to own 51 percent of a club and allows ties between the club and the fans to be kept regardless of how much money it makes.

Under German Football League rules, clubs would not be allowed to play in the Bundesliga if commercial investors have more than a 49 percent stake. In essence, this means that private investors cannot take over clubs and potentially push through measures that prioritize profits over the wishes of supporters. 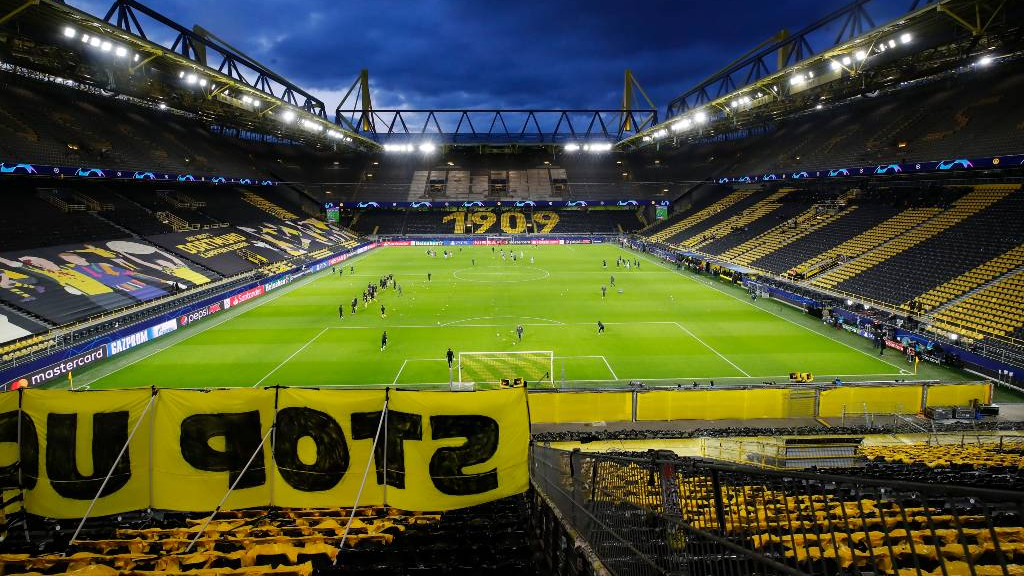 England's government and its football associations have been called to assess the '50+1' ownership rule currently used in Germany. /AP

England's government and its football associations have been called to assess the '50+1' ownership rule currently used in Germany. /AP

'Without fans, football is nothing'

German clubs Borussia Dortmund and Bayern Munich both rejected advances to join the ESL, because they did not feel it was what was best for the future of their club and the future of domestic football in Germany.

In 2016, the Borussia Dortmund CEO Hans-Joachim Watzke explained that without the fans, the club is nothing. That is the common consensus across the entire top division in Germany.

"The German spectator traditionally has close ties with his club. And if he gets the feeling that he's no longer regarded as a fan but instead as a customer, we'll have a problem," Watzke said.

In order to achieve this model, the Premier League and Football Association would need to agree on a new system. This may take some time, but it could save the future of football in England.