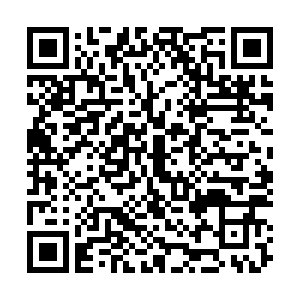 - The World Health Organization's Director-General Tedros Adhanom Ghebreyesus has said the world has the "tools to bring this pandemic under control in a matter of months, if we apply them consistently and equitably."

- Sweden will give people under the age of 65 who have had a first dose of AstraZeneca's Vaxzevria vaccine a different jab for the second shot amid concerns over blood clots, the country's health ministry has said.

- Europe's drug regulator, the European Medicines Agency has said it found a possible link between the Johnson & Johnson jab and a small number of reports of blood clots in adults who received the jab in the U.S.. As a result, the regulator has concluded that a warning about unusual blood clots with low blood platelets should be added to the vaccine's labels.

- Switzerland's drug regulator has said it is still awaiting data needed to consider whether to approve the AstraZeneca jab for use across the country.

- The European Union will have enough vaccine doses to inoculate at least 70 percent of its adult population by mid-July, internal markets commissioner Thierry Breton has said.

- Ireland has recorded its first three cases of the variant first discovered in India, the head of the country's national virus laboratory Cillian De Gascun has confirmed.

- The New Zealand cricket team has said all of its home-based players heading to England for a series later this summer have received their first dose of a vaccine.

- France's Health Minister Olivier Veran has admitted he would favor a regional easing of lockdown measures rather than a nationwide strategy because the virus is still circulating at a high level in some regions.

- Switzerland has expanded its vaccination capacity by opening mass jab centers in cities across the country including in Geneva and Lausanne, that each have the capacity to inoculate more than 2,000 people each day. 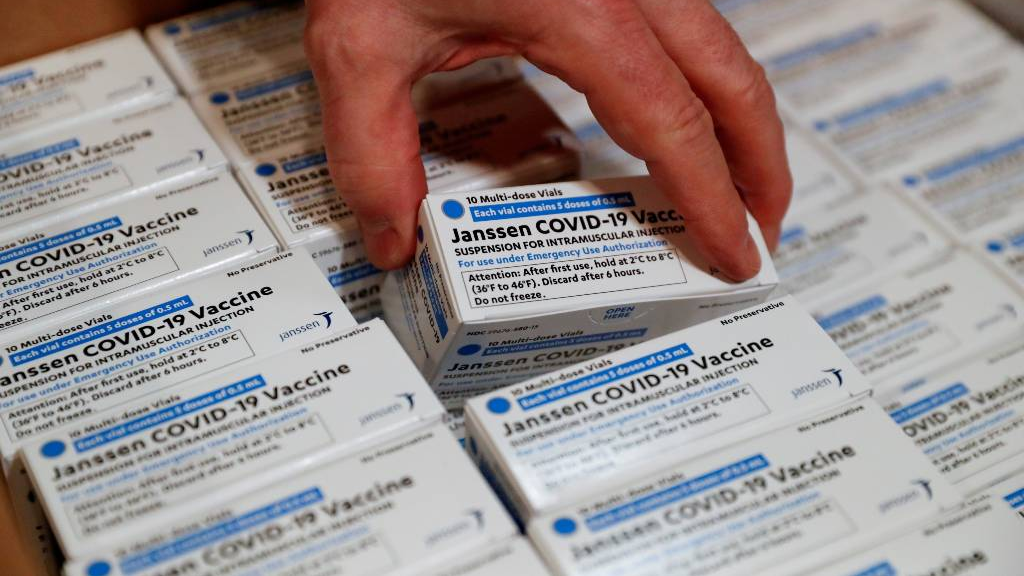 Europe's drug regulator, the European Medicines Agency has said it found a possible link between the Johnson & Johnson jab and a small number of reports of blood clots. /AP

Europe's drug regulator, the European Medicines Agency has said it found a possible link between the Johnson & Johnson jab and a small number of reports of blood clots. /AP

Groups of six people will be able to meet outdoors in Wales from Saturday and outdoor hospitality is expected to open next Monday.

It's also expected all areas in Scotland will be moved to "level three" from April 26. That will allow the hospitality sector to sell alcohol outdoors to a maximum group of six people.

Six people from two households will be allowed to gather indoors.

The outlook for the UK economy remains uncertain, according to the Bank of England, despite the success of the vaccine program, and the rise in retail activity this month.

Some scientists are saying the government has moved too slowly to put India on the "red" travel list, following the surge in infections there due to a new variant.

Just over 43 million vaccines have been given in the UK, 10.1 million of them second doses.

Poland may be able to open up a significant part of the economy at the end of May or beginning of June, depending on progress with COVID-19 vaccinations. The prime minister made the announcement on Monday. After restrictions were extended last week, hotels, cinemas, hair salons and non-essential shops closed.

In the meantime, Hungary will allow outdoor dining to resume once the country has vaccinated 3.5 million people with at least one dose of vaccine. The announcement is expected to come in the next couple of days, with vaccinations standing at 3.2 million on Monday. 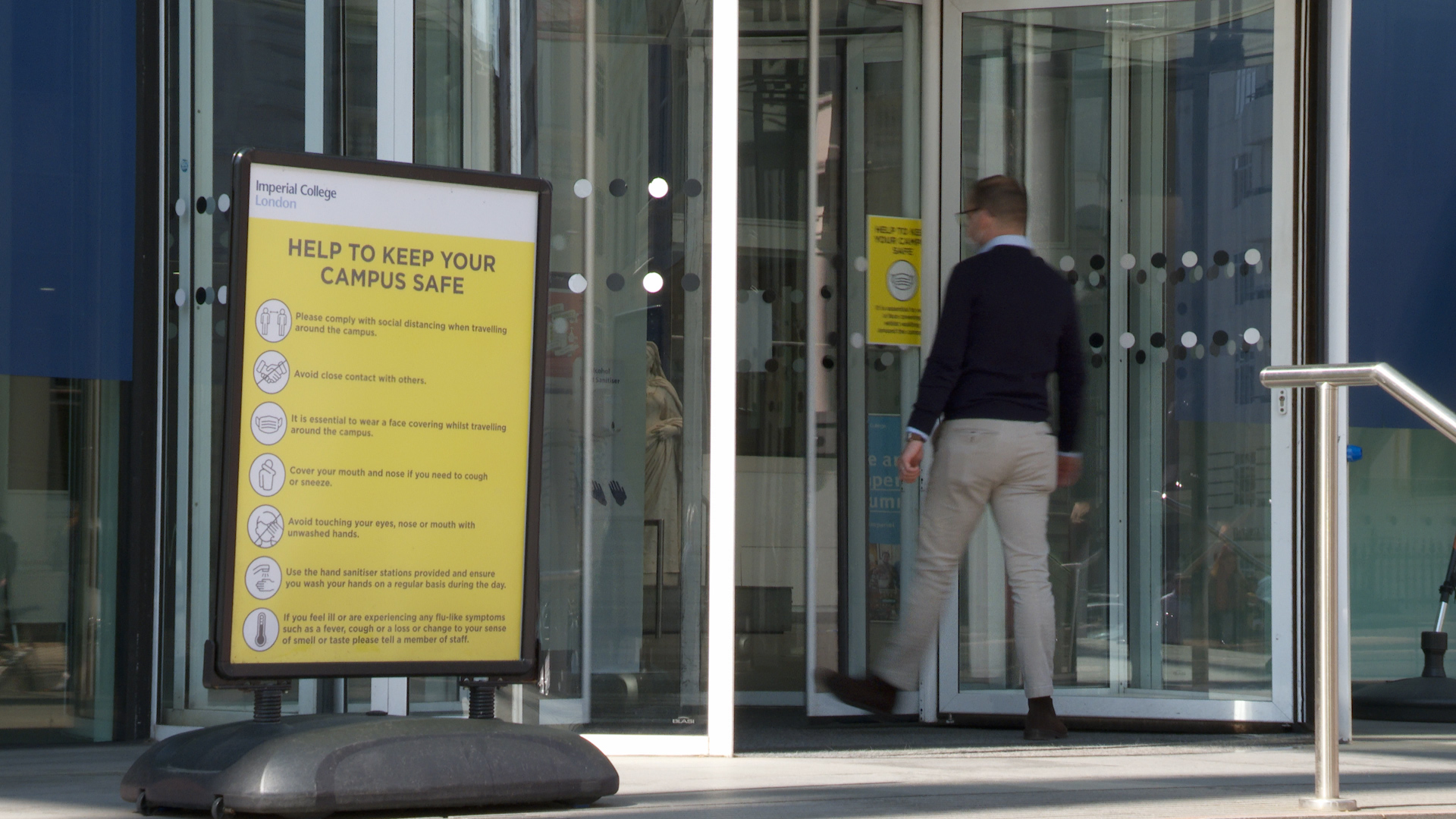 France's health minister said he is optimistic the third wave of infections is now being controlled.

Olivier Veran said that "in the last five days, we have started to decrease," in terms of new coronavirus cases. The current incidence rate is 353 people infected per 100,000. At the end of March, that figure was 410 in 100,000.

Veran has admitted the situation is still "fragile" and he says he is in favor of relaxing the current COVID-19 restrictions region by region, and not all at once nationwide.

The government will meet unions this week to discuss expanding the list of front-line workers who can receive a vaccine to include bus drivers, cleaners and rubbish collectors.

The transfer of some coronavirus decision-making powers from Germany's 16 states to the Federal Government in Berlin is proving more difficult than expected.

Chancellor Angela Merkel initially proposed the idea in late March as a solution to uncoordinated responses by states to rising infection numbers. However, many states refused to trigger the previously agreed-to "emergency coronavirus brake," despite passing the threshold that would require that.

The revised Infection Protection Act, which is still under review in the German parliament, would allow for uniform adaptation and enforcement of coronavirus measures such as curfews, closed schools and contact restrictions.

The Bundestag wants to pass legislation on Wednesday. It will then go to the Bundesrat – which represents Germany's 16 states – on Thursday. 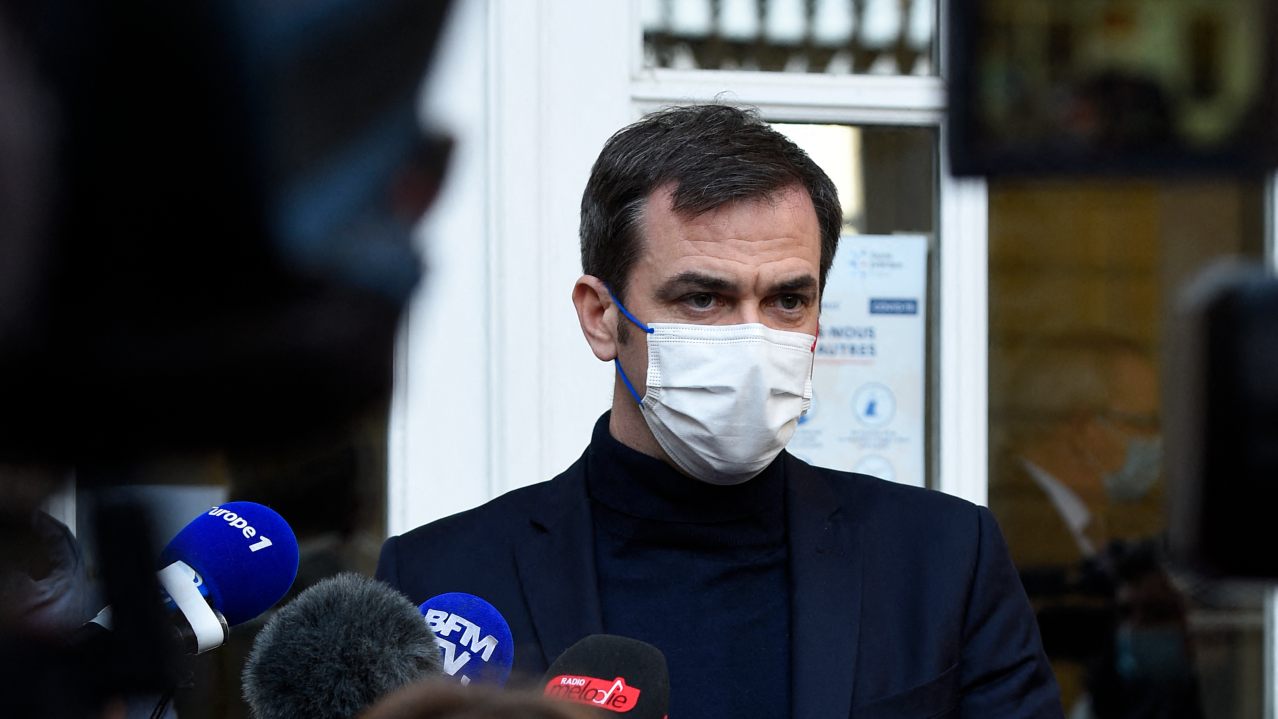 France's Health Minister Olivier Veran has admitted he would favor a regional easing of lockdown measures rather than a nationwide strategy. /AP

France's Health Minister Olivier Veran has admitted he would favor a regional easing of lockdown measures rather than a nationwide strategy. /AP

CGTN America: Fauci expects use of J&J COVID-19 vaccine to be resumed in the U.S.