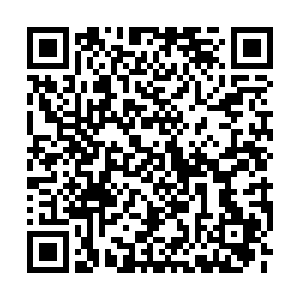 - A trial that will deliberately expose participants who have already had COVID-19 to the coronavirus again has been launched in the UK. The study is hoping to examine immune responses in patients and see if they get reinfected.

- The World Health Organization's Emergency Committee has recommended that proof of vaccination should not be required as a condition of international travel, citing limited evidence on whether vaccination against COVID-19 reduces people's ability to transmit the virus and "the persistent inequity in global vaccine distribution."

- Portugal has further eased its lockdown restrictions on Monday as shopping centers, secondary schools and universities were all allowed to reopen, while indoor dining also resumed.

- Greece has removed its quarantine requirement for international travelers coming from the European Union, the UK, U.S., the UAE, Serbia and Israel. Arrivals will instead have to prove they have been fully vaccinated or a negative test administered 72 hours before travel.

- Slovakia has reopened hairdressers, pools and zoos for the first time in months on Monday as infection rates slowed. Churches, libraries, and non-essential shops were also allowed to open their doors to people again.

- Russia's Sputnik V jab has been found to be 97.6 percent effective against the virus in a real-world assessment, according to Denis Logunov a  prominent Russian scientist and leading developer of the vaccine.

- Bulgaria has suspended the use of the AstraZeneca jab for women below 60-years-old who are at an increased risk of thrombosis, Health Minister Kostadin Angelov has said.

- The UK has added India to its 'red list', amid a surge of infections, Health Minister Matt Hancock has said. "This means anyone who is not a UK or Irish resident or a British citizen cannot enter the UK if they've been in India in the previous 10 days." Earlier in the day, UK Prime Minister Boris Johnson canceled a planned trip to India, scheduled to take place next week.

- A Greek cargo ship sailing from Egypt has been quarantined in Crete after a sailor was found dead and 10 others tested positive for the virus, a coastguard official has said.

- France's President Emmanuel Macron has admitted Russia's Sputnik V jab is unlikely to play a part in France's plans to accelerate its vaccination program because it does not have approval from Europe's drug regulator, the European Medicines Agency (EMA) yet. Austria has also said it will not use the Sputnik jab until the EMA approves it.

- Easing restrictions on international travel could lead to a new surge in infections, Scotland's First Minister Nicola Sturgeon has admitted as she suggested that such measures could be in place for some time.

- Drug developer AstraZeneca could release a modified version of its Vaxzevria jab, which will be more effective against the variant first discovered in South Africa, by the end of 2021, the firm's Austria country manager, Sarah Walters, has said. 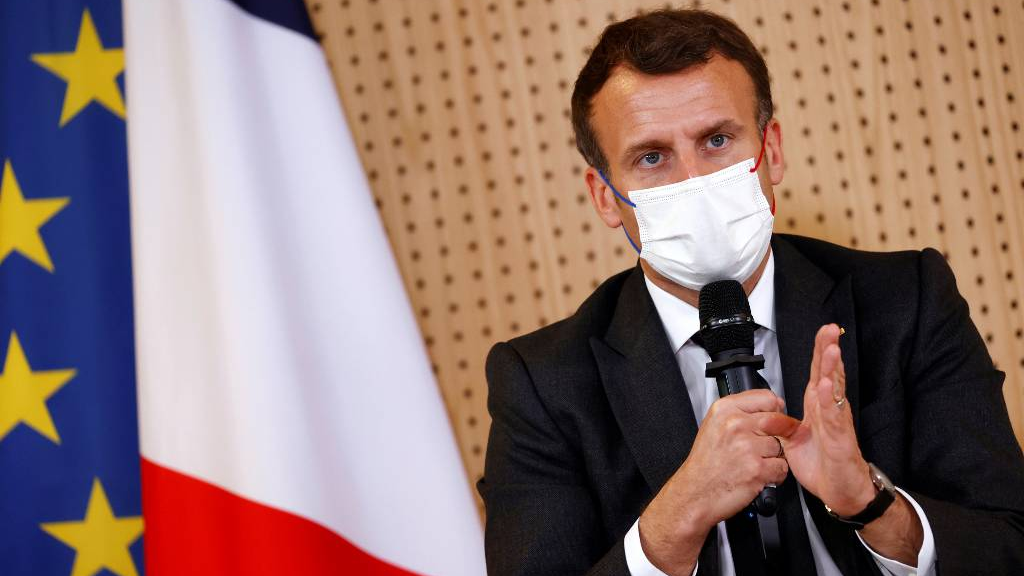 France's President Emmanuel Macron has admitted that Russia's Sputnik V jab is unlikely to play a part in France's plans to accelerate its vaccination program. /AP

France's President Emmanuel Macron has admitted that Russia's Sputnik V jab is unlikely to play a part in France's plans to accelerate its vaccination program. /AP

British officials say it is too early to confirm whether the next stage of the easing of lockdown pencilled for May 17 in England will be able to proceed as planned.

Scientists are monitoring cases of a new variant first discovered in South Africa, as well as one first found in India, which experts say is under investigation to find out whether it could be more deadly, transmissible or vaccine-evasive.

India is experiencing an alarming surge in new cases. Prime Minister Boris Johnson has canceled a trip to Delhi later this month to discuss a possible trade deal, and the country has been placed on the UK's "red list" that bans travel to and from the country.

Nearly 33 million vaccine doses have now been administered across the UK, including 10 million second doses.

Emmanuel Macron says a gradual lifting of travel restrictions will be announced in the coming weeks. The French president says that "French citizens, Europeans, but also Americans" will be able to come to France this summer.

A mandatory quarantine is going to be imposed in France for people coming in from Brazil, Argentina, Chile, Guyana and South Africa.

The government's track-and-trace app will now show if you have had a recent positive or negative COVID-19 test result.

"TousAntiCovid" will also certify your vaccination status. Updates to the app will be trialled from today on flights to Corsica and some overseas routes. The president of a national group of independent hoteliers and restaurateurs says his members are starting preparations for a gradual reopening from the middle of May. 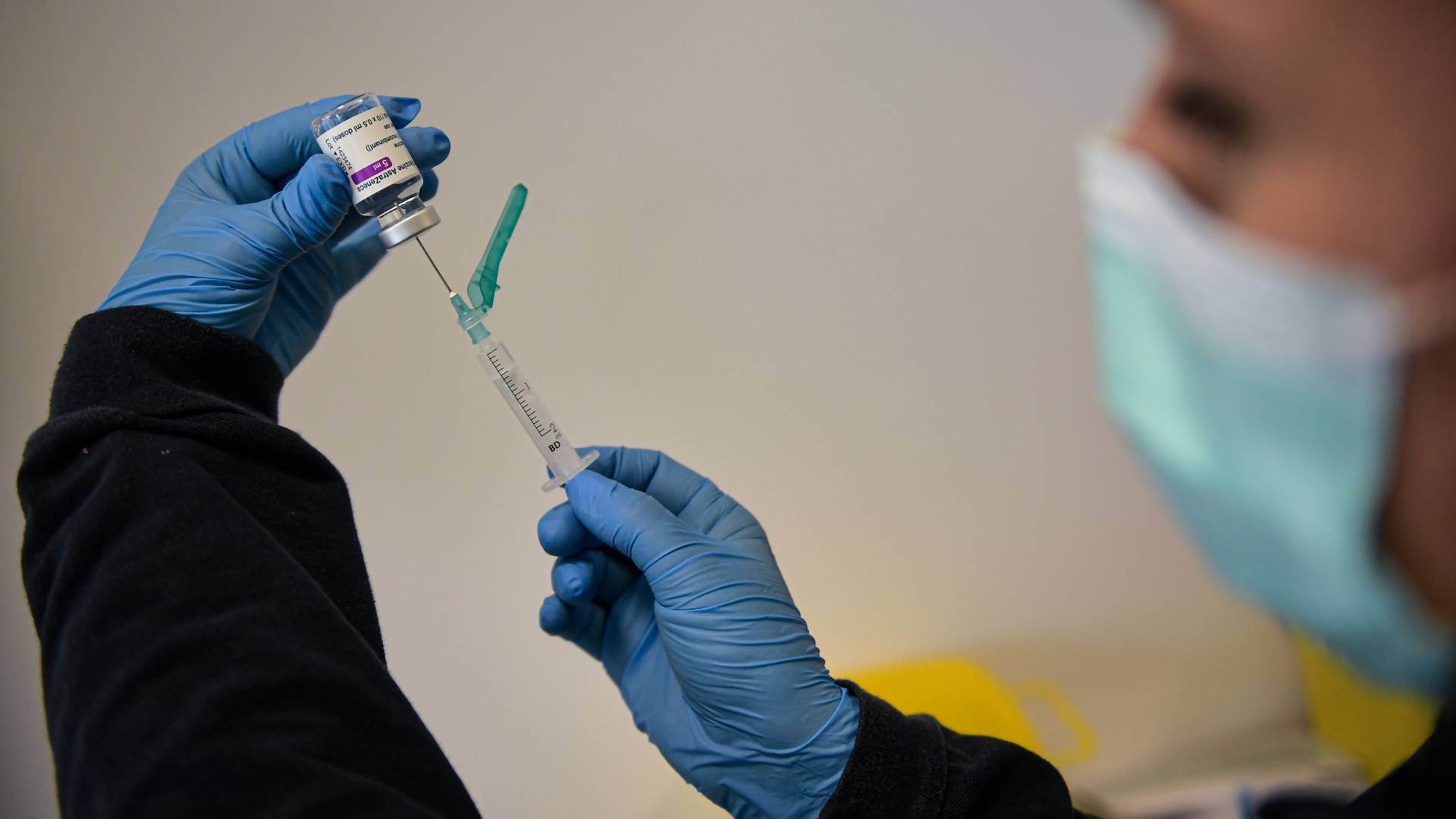 AstraZeneca could release a modified version of its Vaxzevria jab by the end of 2021. /AP

AstraZeneca could release a modified version of its Vaxzevria jab by the end of 2021. /AP

Schools and kindergartens are reopening across Hungary as in-person education commences for age groups. It's expected at least 30 percent of students will not return to the classroom on Monday as concern grows among parents, civil liberties groups and teaching unions about case numbers and vaccination protection, with teachers only recently being given their first shot.

A survey revealed more than 75 percent of parents don't consider the opening to be safe. Lawyers from the Hungarian Civil Liberties Union have created a template for parents to fill out if they are keeping their children at home, citing the current epidemic situation and increased risk of infection as reasons for their absence.

Non-essential travel to and from Belgium has resumed, but controls will be stricter to try to ensure COVID-19 is not brought into the country.

Karine Moykens, who is in charge of Belgium's test-and-trace task force, says people entering Belgium will be called more often to confirm they have made an appointment for mandatory testing.

Travel abroad is still strongly discouraged and a passenger locator form must be completed by those who spend more than 48 hours away.

Belgium is looking to join the European Union's Digital Green Certificates scheme, which the EU expects will make internal travel between member states easier. That's due to be ready for use by the end of June. 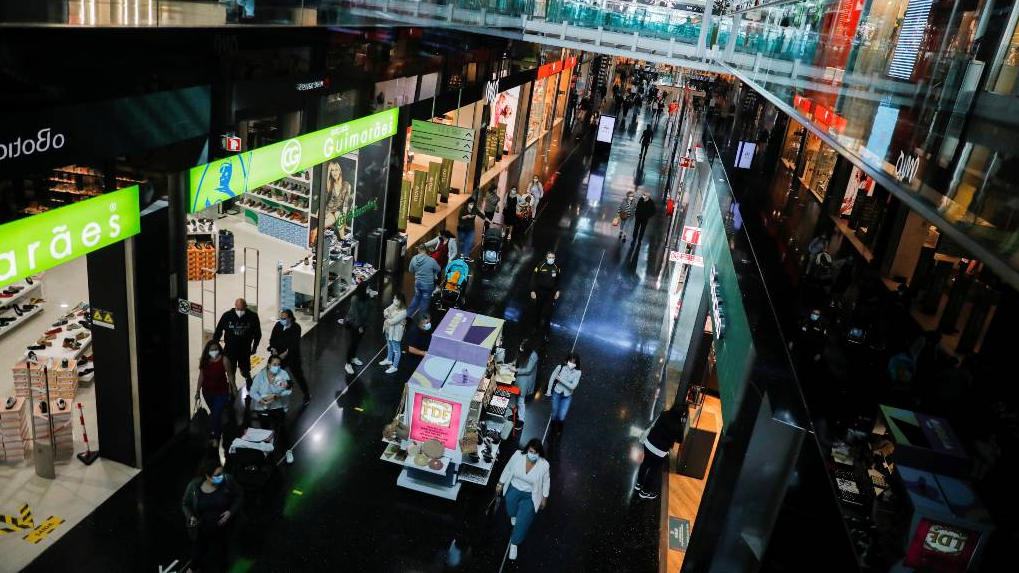 Portugal has further eased its lockdown restrictions on Monday as shopping centers, secondary schools and universities were all allowed to reopen. /AP

Portugal has further eased its lockdown restrictions on Monday as shopping centers, secondary schools and universities were all allowed to reopen. /AP

CGTN America: Fauci expects use of Johnson & Johnson COVID-19 vaccine to be resumed in the U.S.

CGTN Africa: Expectant women in Kenya afraid to give birth in hospitals