Download
Who are the candidates to replace Angela Merkel as Germany's chancellor?
Tim Hanlon 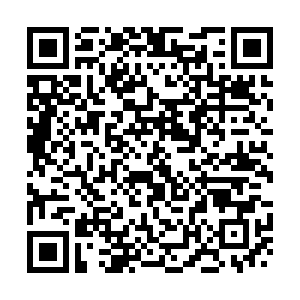 Armin Laschet and Markus Soeder are the two contenders to replace Angela Merkel as Germany's ruling conservative coalition candidate in elections for chancellor this September – with pressure growing for a decision on who it should be.

They were meeting parliamentary party members on Sunday to push their cases. Soeder is ahead in the polls but Laschet has the support of some powerful state premiers.

Normally the leaders of the parliamentary bloc's two parties – the Christian Democrats (CDU) and the Christian Social Union (CSU) – decide who will run, but this time some lawmakers are demanding to have a say.

"Markus Soeder and I had a long conversation before today. We declared our willingness to run for the chancellorship," CDU leader Laschet said.

He added the next step would come on Monday with CDU and CSU committee meetings, but he gave no time for the decision.

"We want to win this election in the autumn – that is the main aim. And we are now thinking about the best formation," said Soeder. "There is a great expectation that a joint solution will be reached sooner rather than later."

Who are the two candidates?

Laschet, 60, is leader of Chancellor Angela Merkel's CDU. He a centrist widely seen as a Merkel continuity candidate, but he has also clashed with her over coronavirus restrictions.

As premier of Germany's most populous state, North Rhine-Westphalia, his sometimes chaotic handling of the crisis has undermined his popularity.

Armin Laschet is seen by many as a continuity candidate. /Tobias Schwarz/Reuters

Armin Laschet is seen by many as a continuity candidate. /Tobias Schwarz/Reuters

Soeder, 54, is head of the CDU's Bavarian sister party the CSU. He is an astute political operator who has sided with Merkel during the pandemic.

Premier of Bavaria since 2018, he trained as a lawyer and then worked as a journalist before entering politics. He is media-savvy, with a Bavarian swagger, confidence and directness that has appealed to voters beyond his southern state during the COVID-19 pandemic.

Soeder delayed saying he wanted to be a candidate until Sunday, having previously claimed his place is in Bavaria. No CSU leader has ever been German chancellor.

Markus Soeder is a media-savvy politician from Bavaria. /Peter Kneffel/Reuters

Markus Soeder is a media-savvy politician from Bavaria. /Peter Kneffel/Reuters

Many conservatives are nervous about contesting the September 26 election without Merkel, who has led them to four victories. She has ruled out standing for a fifth term and has not said which of the two candidates she would prefer.

The conservative bloc has slipped to about 27 percent in polls, partly due to an increasingly chaotic management of the pandemic. In the 2017 election, it won almost 33 percent.

Laschet and Soeder have said a decision will have been reached by the end of May, but many conservatives want an end to the uncertainty before then.

Volker Bouffier, the state premier of Hessen, called for a decision next week, while Ralph Brinkhaus, head of the parliamentary party, has given them two weeks.

"I attach great importance to this happening soon – no impasse until Pentecost [May 23]," Brinkhaus told the Funke media group.

Finance Minister Olaf Scholz has been nominated to stand as chancellor by the Social Democrats, while the Greens plan to announce their candidate on April 19.