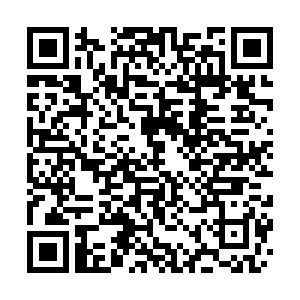 "Deliveroo presents a false choice between flexibility and basic rights but the Uber ruling showed that here as well as abroad, workers can have both," said Alex Marshall of the Independent Workers' Union of Great Britain.

It was partly fears over the recent Supreme Court ruling on the employment status of Uber drivers that caused top investment funds to boycott last week's flop flotation of food delivery app Deliveroo. In London on Wednesday hundreds of fleet cyclists working for the firm were on strike again to show the issue has not gone away, as shares in the firm made modest gains on their first day of full retail trading.

Elsewhere, steel magnate Sanjeev Gupta is under pressure as creditors left out of pocket by the collapse of Greensill Capital, led by bank Credit Suisse, begin legal action to claw back losses from his troubled holding firm GFG Alliance.

Ireland's Ryanair says it aims to break even in 2021, in what's shaping up to be another troubled year for the aviation industry.

While tech business start-up stories from Russia seem a little thin on the ground, we report on one e-commerce fashion firm that is booming in lockdown.

And as China's electric scooter maker Niu Technologies targets the U.S. and Europe for expansion, our graph shows which European cities have embraced two-wheeled travel.

Hundreds of Deliveroo drivers have been protesting over working conditions, as shares made modest gains on the first day of retail investing in the firm.

Deliveroo's stock was up 2.3 percent to around 286 pence each by mid-morning, still about 25 percent below float price after last week's disastrous debut on the London Stock Exchange. The food delivery firm had targeted an initial valuation upwards of $7 billion, with a 390 pence pricetag per share. But the IPO was boycotted in the week running up to flotation by a number of top investment funds, which had raised concerns about the company's dual-share listing status and its "gig" economy business model.

It has since emerged that investment banking giant Goldman Sachs spent $103 million on buying Deliveroo shares on the first day to help bolster prices, with the overall purchase equivalent to a quarter of the firm's valuation.

Meanwhile, Deliveroo's flotation has been described by some as the worst flop in the history of the LSE, with market watchers warning that it may encourage new tech start-ups to seek listings in New York or Amsterdam instead.

Credit Suisse has begun court action against metals magnate Sanjeev Gupta as it seeks to recoup losses made on loans to his holding company GFG Alliance. The Swiss banking giant has asked administrators to file a winding-up petition at a London insolvency court against Liberty Commodities, the $4 billion unit of Gupta's empire that deals in metals and steel trading.

GFG Alliance has been pushed to collapse by the failure of the supply chain financier Greensill Capital, which was declared insolvent earlier this month. Credit Suisse said it expects to make a loss for the first quarter of $960 million due to exposure to Greensill and the collapsed U.S. hedge fund Archegos Capital Management, and this week sacked two top executives and cut bonuses for top staff.

Ireland's Ryanair says it will struggle to make a profit in 2021 with lock-down and travel restrictions hitting Easter travel and summer ticket sales. Europe's biggest airline by passenger numbers has blamed slow vaccine roll-outs in key markets for poor bookings. The budget carrier now says it expects passenger numbers in the year to the end of March 2022 will be at the lower end of the 80 million to 120 million target range, with the firm expecting to break even rather than achieve profitability.

Samsung says it expects first-quarter profit to come in around 44 percent higher with brisk sales of smartphones and premium TV sets in a bumper lock-down period for the firm. The result comes despite the dearth of semiconductor chips dragging on production. The South Korean tech giant is forecasting an operating profit of $8.32 billion for the first quarter of 2021.

Nissan's passenger and light vehicle business in China has seen a jump in sales of 70.6 percent year-on-year in the first quarter. In a statement, the firm said it had sold 352,352 vehicles in the first three months of the year amid strong ongoing demand.

Shares in online fashion giant Asos have risen sharply as the group prepares to release half-year results. The group has indicated that revenues may have risen 22 percent in lockdown with strong sales in active and leisurewear, as it moves away from premium products. In January, ASOS reported a 24 percent rise in retail sales, with UK sales alone over the previous four months up over a third to $765 million. In February Asos announced expansion plans with the purchase of the Topshop, Topman and Miss Selfridge brands, fully funded from cash reserves, from Sir Philip Green's collapsed Arcadia empire.

Amazon boss Jeff Bezos has backed higher corporation tax in the U.S. just as President Biden prepares plans to raise the headline rate to 28 percent. Despite Republican opposition to higher taxes, the new Democrat administration says the revenue is needed for infrastructure investment. In a statement, Bezos called on Democrats and Republicans to "work together" and reach "a balanced solution that maintains or enhances U.S. competitiveness."

Private equity giant CVC Capital Partners is reported to have offered $20 billion in a bidding battle for control of Japan's Toshiba group. Shares in the group rose 18 percent Wednesday amid signs that Luxembourg-based CVC may head a consortium to buy out the group, in a deal that would take Toshiba back into private control. Toshiba has been close to bankruptcy following an accounting scandal in 2015 that revealed it had overstated its profits for seven years.

The People's Bank of China has increased qualifications requirements for directors and executives who "have a big impact" on the operational management at leading tech and finance firms. In a statement, the bank says that under new regulations to take effect next month, staff at the senior board level will be required to have at least eight years of experience working in the financial industry or a decade in a relevant position in economics to work at a financial holding firm.

Tesla has said on its Chinese social media page that cameras in its vehicles are not activated outside of North America. On Weibo, the firm posted  "even in the United States, car owners can freely choose whether to turn on" the camera system, adding that security is core to the Tesla business model. Last year Tesla achieved over a third of global sales in China.

China's electric scooter maker Niu Technologies is to roll out its first kick-scooter model in the U.S. and Europe, with four prototypes in development. Niu, which makes scooters and motorcycles powered by lithium-ion batteries, last year enjoyed a sales rise 43 percent on 2019.

Oil prices have edged higher on the prospects for stronger global economic growth with vaccine campaigns in major economies and the expected upgrade in growth indicated by the International Monetary Fund. In signs of a turnaround on recent performance, Brent crude futures rose to $62.90 a barrel on Wednesday, buoyed by U.S. job figures and data showing improvement in the services sectors in both the U.S. and China.

Meanwhile, oil giant Royal Dutch Shell says it expects fuel sales to fall or stay steady for the first quarter. In a trading update, Shell says oil product sales stood at between 3.7 and 4.7 million barrels per day in the first quarter, down from just under 4.8 million in the last quarter of 2020 and below expectations.

The UK's biggest motoring organization says drivers in crowded cities should think twice before buying a big sports utility vehicle. Amid strong global demand for these premium vehicles, data in the UK shows sales of SUVs are higher in many affluent urban areas than in the countryside and rougher terrains for which they are designed. The RAC Foundation says motorists should all "choose the right vehicle for the right trip to cut the size of our carbon footprint."

Reality TV star Kim Kardashian has joined the list of global billionaires, according to Forbes magazine's rich list. The world's most famous Armenian has seen her net worth rise to over $1 billion from cosmetics and clothing endorsements as well as TV deals and other investments. This year's list is still headed by Amazon founder Jeff Bezos, who has a personal worth estimated at $188 billion. Also joining are the Bumble dating app founder Whitney Wolfe Herd and the filmmaker and comedian Tyler Perry.

WATCH With a hugely popular niche of allowing customers to try out orders at pick-up points and only paying for what they want, Russia's e-commerce clothing giant Wildberries is eyeing expansion into Europe. During the pandemic, the company's sales grew by 74 percent to $6 billion last year. 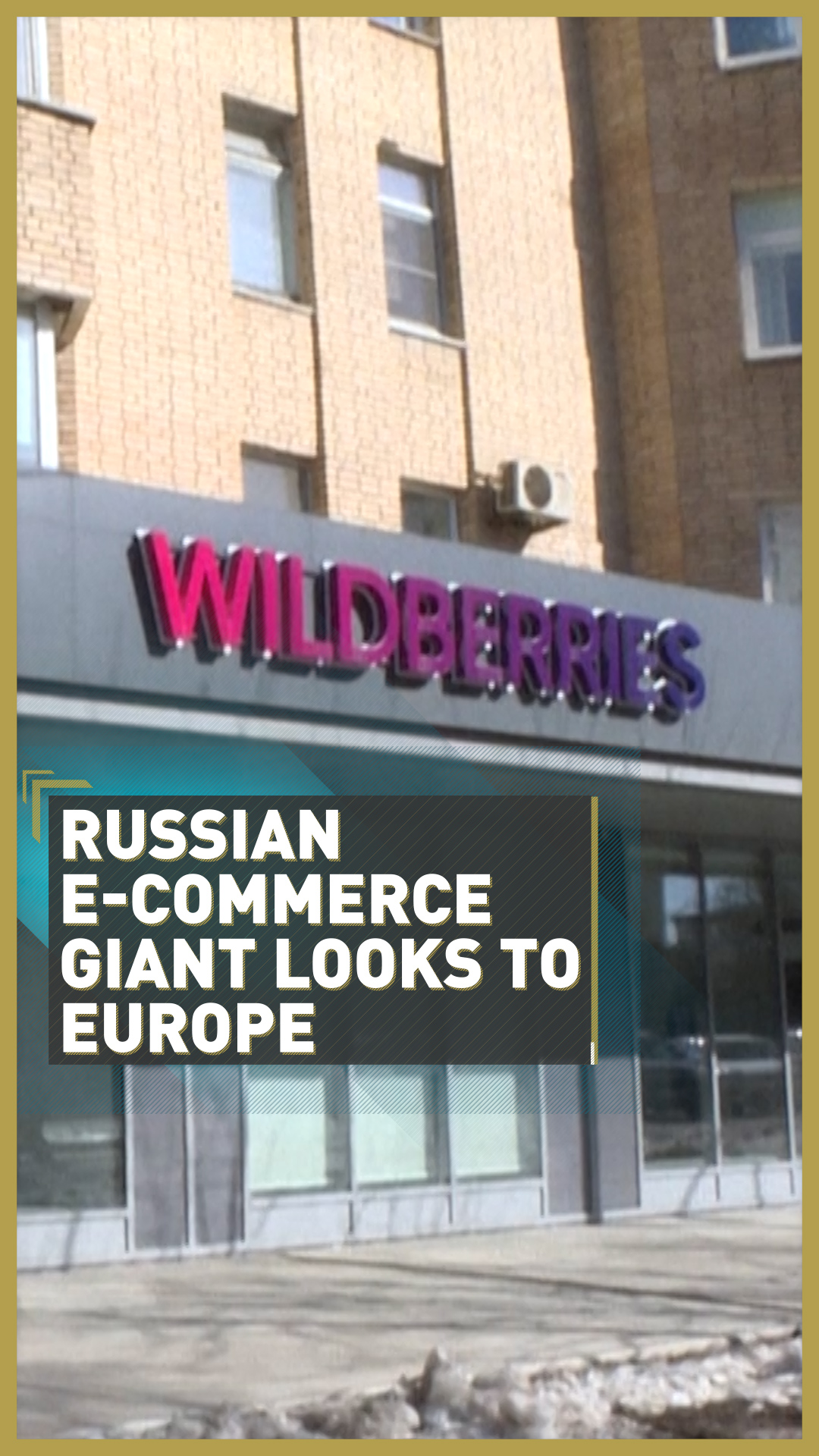 The COVID-19 pandemic has devastated the global economy but the International Monetary Fund has upgraded its economic outlook. It projects global output will grow 6 percent this year,  a rate unseen since the 1970s. It follows one of the largest contractions in history, and the IMF is still warning of great uncertainty. CGTN Europe spoke to economist Brendan Brown, a founding partner of Macro Hedge Advisors.

There are huge risks out there, and I believe that what we're getting from the IMF is very much in line with the administration in Washington, what they would hope, and it's very much influenced by Keynesian economic thinking and the consensus around that. In particular, I'd be very concerned that the outlook for next year may have some very bad surprises after a rebound from the pandemic

Has fiscal stimulus been applied correctly ?

The fiscal stimulus is very much in the form of assistance and security payments for income that's been lost. But of course, that decreases over time and is another factor in concern that next year could produce some negative surprises.

What the main force for growth?

When you look through the IMF numbers, without doubt the main growth element is private consumption running at very high levels in the United States and in their forecast for advanced economies and emerging market economies. There is doubt there because consumer spending, particularly in the U.S., was already very strong in the second half of last year with spending having been diverted from services to goods and housing. So what we may see is a switch back to services.

The IMF's optimism was based partly on the success of a worldwide vaccination program. How crucial do you think this is to economic recovery?

It's important for the overall outcome and if there's any big negative surprises here, that would be another shock. But I would make the point that in many respects we're now in a late phase of a long-continuing cycle – it's much better to consider the pandemic as a spasm in a continuing cycle than an actual break, such as the Great Recession of 2008-2009.

And finally, Niu Technologies says it is targeting growth for its new electric scooter range in the U.S. and Europe, where CEO Li Yan says a third of sales can be achieved by 2025. Figures from the booming scooter rental sector in Europe show where two wheels are powering ahead. 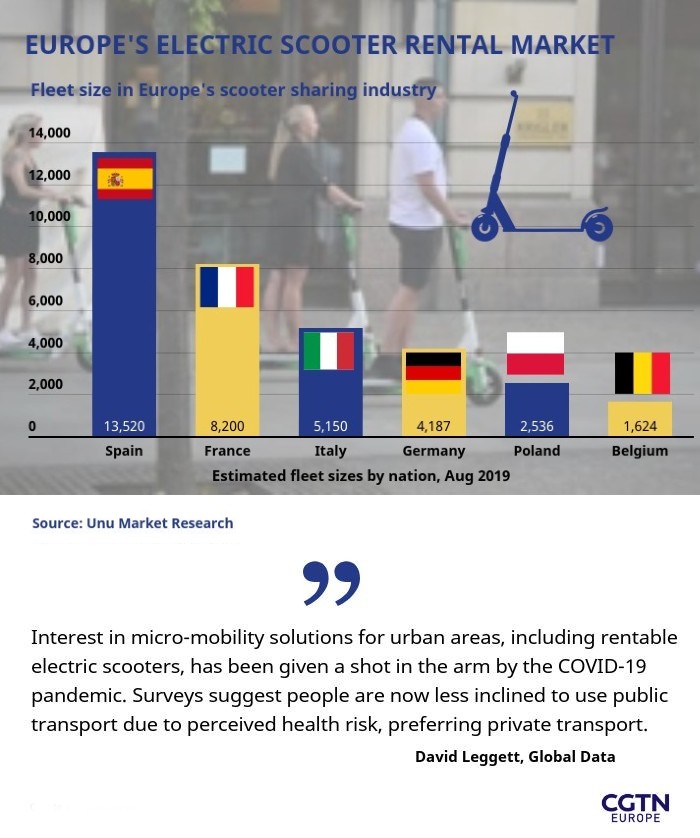