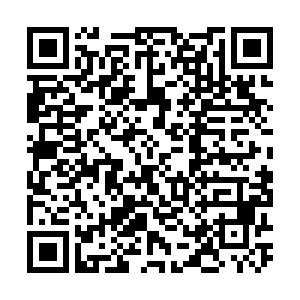 "In a short time ...  Nike has suffered significant harm to its goodwill, including among consumers who believe that Nike is endorsing Satanism."

Lawyers acting for the sportswear giant pulled no punches submitting their lawsuit at the Eastern District court of New York on Tuesday. In no time judges have agreed with them. In an unusual case of trademark infringement, this time in the ruthless premium trainer market, Nike's action against the design collective MSCHF has come down in favor of the Oregon-based firm.

The face of the "Satan Shoes," rapper Lil Nas X, was soon tweeting: "Sorry guys, I'm legally not allowed to give the 666th pair away anymore because of the crying nerds on the internet." Doubtless, the publicity will have done him and MSCHF no mischief at all!

With a nod to firms like Tesla, U.S. President Joe Biden is expected to hold talks with his Japanese counterpart Yoshihide Suga about a collaboration to boost global semiconductor supplies later this month.

Life is slowly getting back to normal in the Suez Canal after the massive Ever Given container ship was freed after blocking the vital waterway for six days. But marine experts are warning that the combination of unstable weather conditions and ever-bigger vessels spells more trouble ahead.

We have a video on how one group is trying to weaken the grip of privilege in the UK.

And, as Tencent's Timi (possibly) becomes the world's largest gaming company by revenue, our graph shows just how much the pastime has boomed in lockdown.

A federal court in the U.S. has sided with U.S. sports giant Nike in ordering a Brooklyn design company to stop sales of the so-called "Satan Shoes" it produced in collaboration with rapper Lil Nas X.

The controversial shoes claim to contain a drop of human blood in the soles and are printed with a passage from the Gospel of Luke referring to Satan's fall from Heaven. In a promotional run, 666 pairs have been produced with a price tag of $1,018 each.

MSCHF's lawyers had argued against a restraining order on the design, saying the Satan Shoes were "individually numbered works of art." However, Nike's lawyers claimed, "even 'sneakerheads' were actually confused by MSCHF's shoes."

The U.S. and Japan are expected to announce a cooperation deal on the supply of parts for semiconductor chips when the leaders of both countries meet later this month. Plans for working groups on research and development and production will be discussed by Prime Minister Yoshihide Suga and President Joe Biden in Washington, according to reports by Japan's Nikkei. Both countries are grappling with the global shortage of chips, with the Biden administration appealing to Congress for a $50 billion subsidy to boost domestic supply capacity. Japan has strengths in the fields of manufacturing equipment and materials.

Tesla has beaten Wall Street estimates for deliveries, despite the impact on production from the ongoing dearth of chips. The global market-leading electric car maker delivered 184,800 vehicles during the first quarter, well ahead of expectations.

Meanwhile, rival Volkswagen is to buy green credits from Tesla as part of a joint venture to roll out electric vehicle production in China. The deal, the first of its kind, will see VW, the biggest foreign car maker in China buying credits to assist the launch of its ID series of models this year. Tesla, which has enjoyed booming sales in China, last year generated $1.58 billion in extra revenue from selling its regulatory credits. China is now the world's biggest market for cars, with more than 25 million vehicles sold last year.

Last week, Tencent reported overall games revenues of $23.79 billion for 2020 but did not break down revenue for individual studios, which are run independently. Timi's proceeds are understood to account for 40 percent of that figure. Tencent is building two new studio hubs in Los Angeles to boost original content creation.

Efforts are continuing in the Suez Canal to clear the backlog of vessels held up by the grounding of the giant container the Ever Given last week. A total of 194 ships have already passed through the strait since Monday night, including 87 on Thursday, after the ship was refloated. The canal's authorities say plans are under way to upgrade technical infrastructure if it is to avoid future accidents and disruption, while shipping experts warn that existing equipment is failing to keep up with the increasing size of commercial vessels and doesn't take account of the more unstable weather conditions in the Sinai peninsula.

Technology and energy shares have rallied, pushing markets in the U.S. to new highs in Thursday's trading. The benchmark S&P 500 crossed the 4,000 point for the first time, closing up 1.2 percent, while the tech-based Nasdaq rose 1.8 percent, reversing recent losses.

Global manufacturing growth has hit a 10-year high, according to new data, as the world economy recovers from the shock of COVID-19. Output, new orders, and employment all expanded across the eurozone, UK, and the U.S., with JPMorgan's Global Manufacturing PMI jumping to 55 points in March, its best result since February 2011, despite rising concerns over inflation and supply-chain disruptions riding from the pandemic. A reading above 50 represents expansion.

New data show U.S. employers hired more workers than expected in March. Non-farm payrolls surged by 916,000 jobs last month, in the biggest gain since last August, spurred by the rise in vaccinations and pandemic relief checks from the government.

Elsewhere, the U.S. factory Purchasing Managers' Index is the second-highest on record. IHS Markit's influential barometer shows manufacturing PMI in the world's biggest economy rose to 59.1 points in March, well above the 50 point mark that separates growth from contraction.

United Airlines is to hire 300 new pilots as travel demand rebounds amid the vaccine roll-out in the U.S. and the improved outlook for international travel. A memo from the Texas-based carrier indicates it will hire pilots who had previously had a canceled or conditional job offer in 2020.

Chinese regulators have given approval for the restructuring of the country's two biggest chemical giants with a view to a further merger of operations. Sinochem Group and ChemChina Group will become wholly owned subsidiaries of a new holding company operated by the state-owned Assets Supervision and Administration Commission in a move Sinochem says will "optimize resource allocation, and stimulate business growth."

The UK government has turned down a plea from steel magnate Sanjeev Gupta for a $234 million bailout as the firm struggles with the collapse of backer Greensill Capital. Concerns over the structure and governance of Gupta's GFG Alliance and questions over whether the funds would stay in the UK are reported to be behind the refusal. Gupta has warned that thousands of jobs in the UK steel industry are at risk if new lines of support are not found soon, his Liberty Steel operation employs 5,500 workers.

Shares in Credit Suisse have risen despite the lender's failure to disclose losses incurred from its exposure to the collapsed U.S. hedge fund Archegos Capital Management. The Swiss banking giant, along with Japan's Nomura, has warned of a "material impact" on its profits arising from its exposure to the fund run by Bill Hwang that defaulted on a $30 billion margin call last week. Credit Suisse shares rose 2.6 percent in Thursday trading but are still down almost a fifth on the week.

Elsewhere, Japan's Mizuho Financial Group has warned it may make a $90 million loss from deals with Archegos.

UK-based online used car retailer Cazoo is to list in New York after securing a deal with a special purpose acquisition company (SPAC). The firm is selling itself to the blank check firm Ajax I, run by the hedge fund manager Daniel Och in a deal valued at $7 billion. Cazoo has reportedly considered floating in London but backtracked after deciding a U.S. IPO was preferential.

Despite recent rule changes aimed at keeping more so-called "unicorn" start-ups in the UK, data show more than $175 billion worth of takeovers of UK companies by foreign buyers have been announced in the past year, an annual increase of 54 percent.

WATCH: Your social class in 21st century Britain still has a strong bearing on your future prospects. The 93% Club has been set up to promote the interests of state-school educated students at top universities. 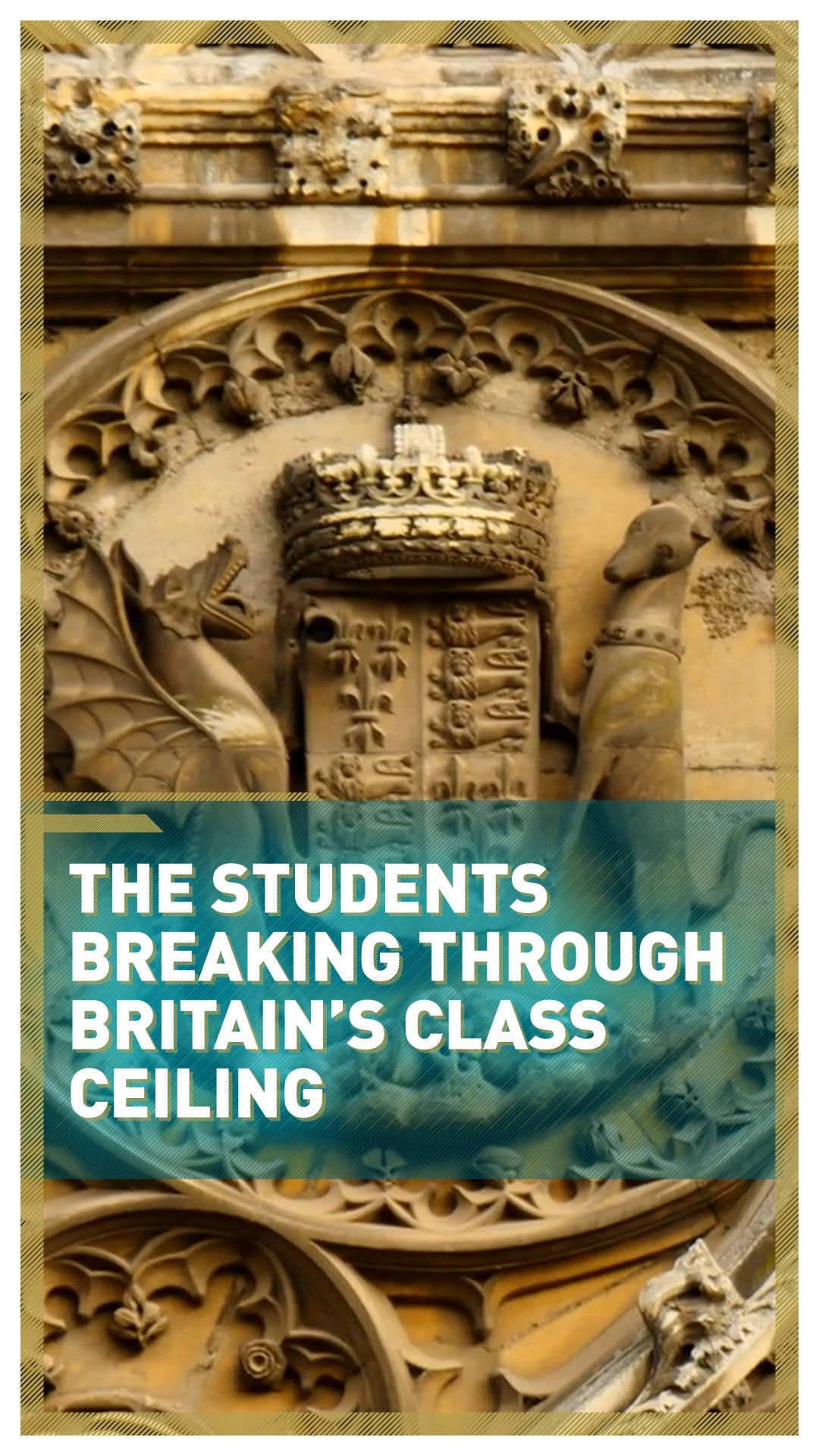 Apple is celebrating its 45th birthday. The company launched as a computer maker on April 1, 1976, and has since grown into the world's most valuable brand.

So what's the key to its longevity and success? CGTN Europe spoke to Apple analyst Gene Munster, for an insight.

I think what's been most impressive and one of the biggest ingredients for Apple's success is the company's ability to move on from a successful product and they internally refer to that as 'killing their golden geese' to create bigger products, ultimately. That mentality of never resting and trying to advance is something that has served the company well.

If you think back at how mobile devices and services have replaced what was the core Mac product, now just 12 percent of Apple's revenue. I think that is representative of a culture of innovation. When you think about the success of the iPod at the time, it had gone from nowhere to just over half of their revenue over a five-year period. And when they announced the iPhone, they knew that that would be ultimately the end of the iPod, which today is less than half a percent of revenue. It's those types of behaviors that are going to allow it to be successful in the future as the company moves into augmented reality, for example.

Apple has a strong relationship with China, both in terms of manufacturing and as a market for sales. Do you see that continuing?

Undoubtedly, China is going to be an important part of Apple's future for the production of the devices and separately just the raw size of the growth opportunity. It's about 15 percent of Apple's business. It has sporadic growth rates. Some quarters it's down, other quarters it's up significantly, the most recent quarter was up significantly. I do see over the next decade, not just with Apple, but with a lot of companies starting to diversify where some of their manufacturing happens. And you'll hear more headlines, more stories about them bringing production to other places in the world. But I don't think it changes the substance that the majority of Apple products a decade from today will still be manufactured in China.

We've seen so many innovations from Apple over the years. What do you think is next?

What Apple is working on today won't necessarily see the light of day. But I can say Apple is working on two core initiatives, one is around augmented reality. This is the ability to take the real world around you and overlay digital images typically through some form of wearables. We're probably going to see some form of glasses from Apple that are related in the next few years. That's a massive new opportunity, really. The future of device mobile computing is going to be augmented reality. And the second is what they're going to do around transportation and mobility.

And finally, China's Tencent Timi Studios may or may not be celebrating being top in the gaming market, but figures show that revenues are booming during lockdown for developers worldwide.