Your social class in 21st-century Britain still has a strong bearing on your future prospects making it harder for state-educated students like Lynch to achieve their ambitions. The 93% Club is trying to change that.

The 93% Club aims to fight education-based inequality of opportunity, claiming that although only 7 percent of secondary-age students attend private schools, they account for "74 percent of judges, 61 percent of Fellows of the Royal College of Physicians and over 50 percent of Cabinet members."

Privately-educated students disproportionately attend the country's top universities, providing them with a clear pathway to the top jobs. The best performing universities, like Oxford, Cambridge and Bristol, have more than 30 percent representation from independent or private schools.

"All we want to do is level the playing field and give as many deserving people as many advantages as possible," says Lynch, who combines her time studying at Lancaster University with being the club's press team lead.

Her work and that of the club is "all about improving confidence."

"In the UK, we are told that it's a meritocracy, that people who try hard and people who work hard will get the best positions," says Lynch.

Meritocracy – the idea that everyone is provided an equal opportunity in life and will succeed through their talent or hard work – has been a central part of the UK's political consensus for decades.

Social mobility, the movement of people or families between classes, is seen as the underpinning of a strong meritocratic system. But in the UK 40 percent of people believe it is getting harder for people from less advantaged families to move up in British society, with younger generations worst hit by a lack of social mobility, according to a paper by the LSE.

The club's founder, Sophie Pender, recognized this, and in 2016 set about setting up the first club at Bristol University. She aimed to boost members' employment chances through setting up events and providing networking opportunities with employers, acting as a more inclusive Bullingdon Club. 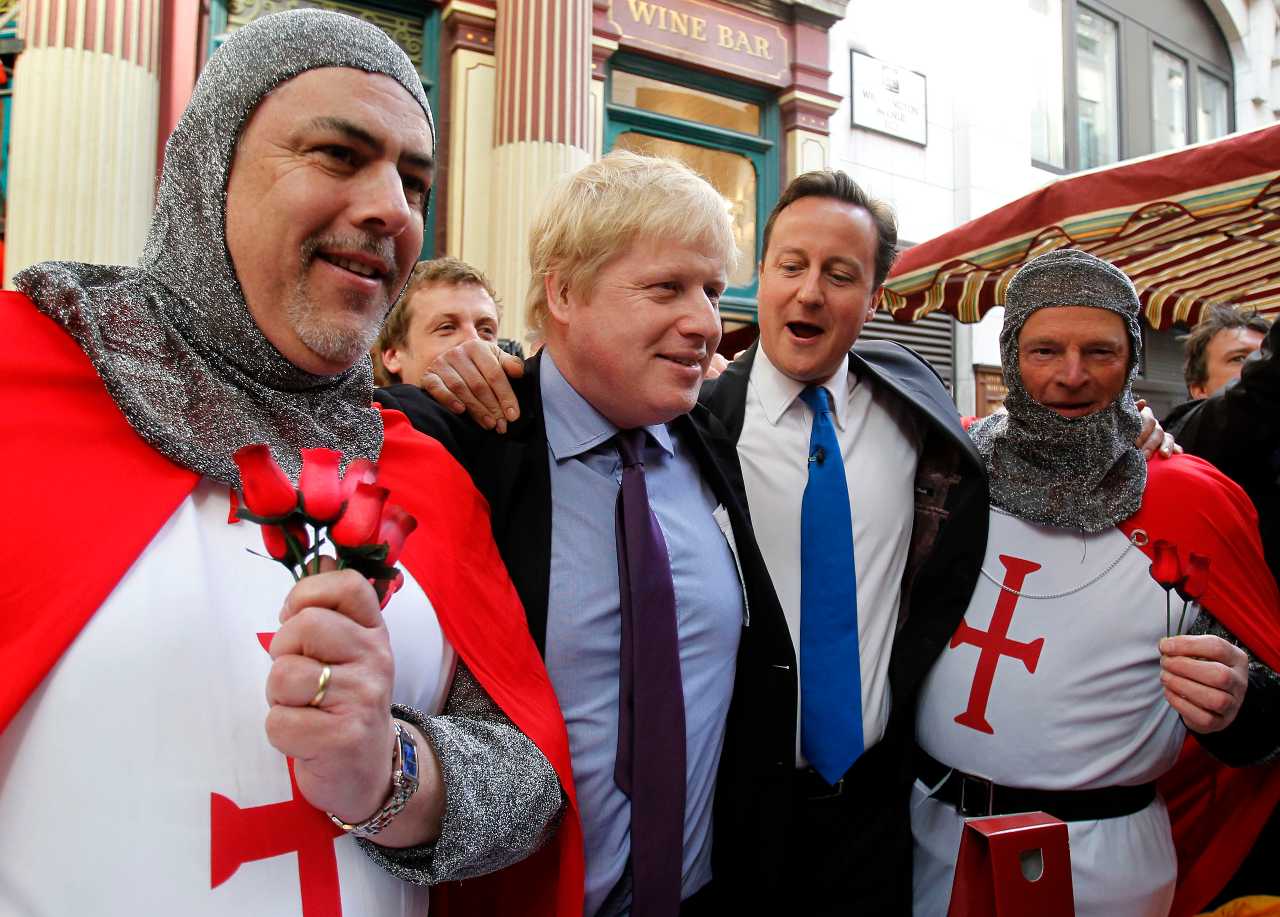 Boris Johnson and David Cameron have both led the Conservative Party and have known each other since university. /Kirsty Wigglesworth/AP Photo

Boris Johnson and David Cameron have both led the Conservative Party and have known each other since university. /Kirsty Wigglesworth/AP Photo

But the problem runs far deeper than individuals benefiting from membership of one closed social group.

"There are clear social inequalities in labor market outcomes among graduates and this already uneven playing field is likely to get worse because of growing job uncertainty," says report author Bozena Wielgoszewska.

'I never really had an ambition to go to university'

The issue has persisted despite successive governments pledging change.

The Social Mobility Commission, created under a Labour government in 2010 and developed by subsequent Conservative administrations, advises Westminster on how to improve the lives of those less privileged.

Commissioner Saeed Atcha, 24, is a testament to both the benefits of social mobility and the importance of support at university. At 15, Atcha set up his own charity and at 22 was awarded an MBE for services to young people by the Queen, the youngest recipient on the honors list.

Atcha says his experience reflects that of the 93% Club's founder Pender.

"Her journey is one that is the journey of many people in the country; growing up on a council estate, having difficulties at home," he says. "I never really had an ambition to go to university. But actually, when I did, the support was incredibly important."

Experienced in advising politicians and businesses, Atcha says there is a real appetite for change from the very top of British society.

"The more representative we are, the better decisions we make. And businesses are seeing that the universities are seeing that, which is why there's this massive emphasis on social mobility." 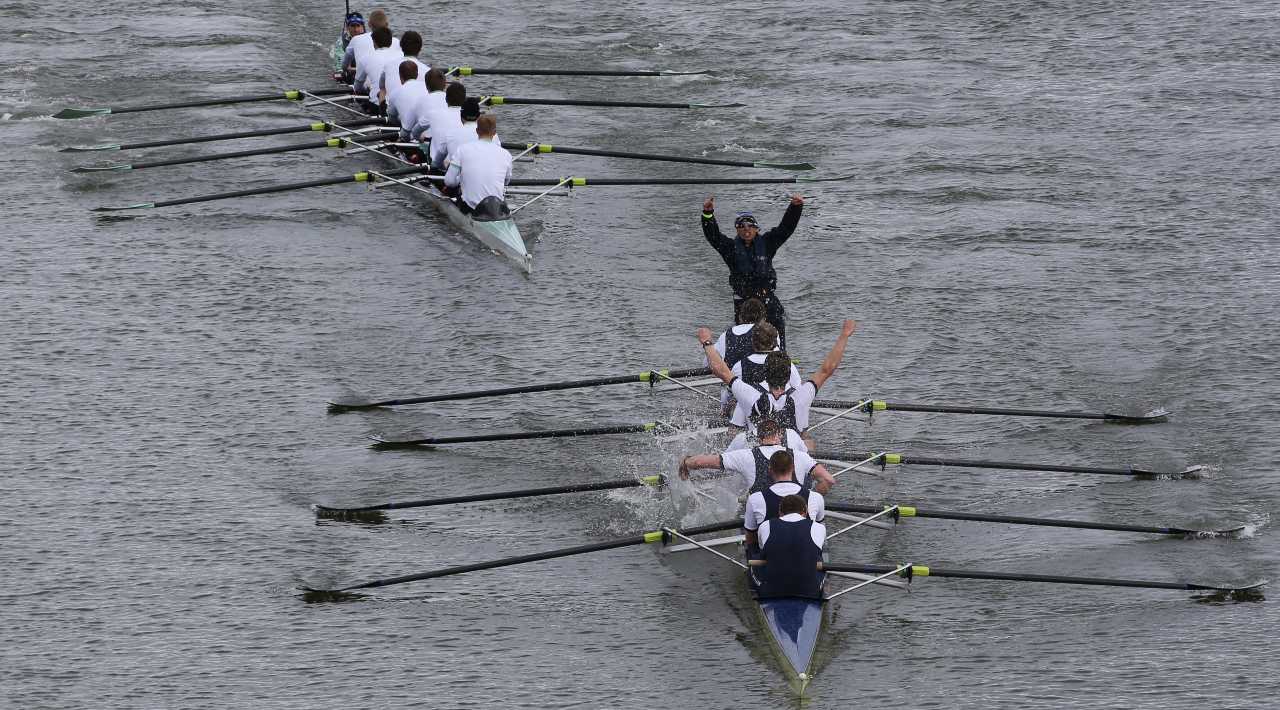 The Oxford University crew celebrates at the finish line after beating Cambridge University during the annual crew race on the Thames – one of high society's key annual dates. /Harry Hamburg/AP Photo

The Oxford University crew celebrates at the finish line after beating Cambridge University during the annual crew race on the Thames – one of high society's key annual dates. /Harry Hamburg/AP Photo

The desire for change is now being felt from below too. During the pandemic, the clubs have flourished from just two chapters at the start of 2020 to more than 40 today, with a reach of more than 10,000 people and a growing number of corporate partners.

As well as providing career opportunities to a growing number of students, their popularity could be explained by another intangible: the social support they've provided during the pandemic. Lynch says the club has been a remedy to a wider social isolation.

"I've felt so much support throughout COVID-19. Everyone cares about everyone else's success. Everyone is super supportive," says Lynch. "It genuinely does feel like you're part of something bigger than you, that's making a huge difference to students all across the UK."