Download
China exports half its vaccine production: the UK and U.S., almost none. Chart
Patrick Atack 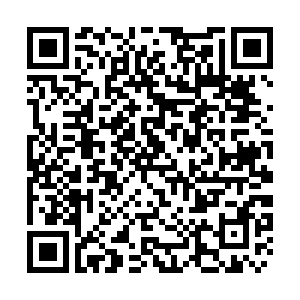 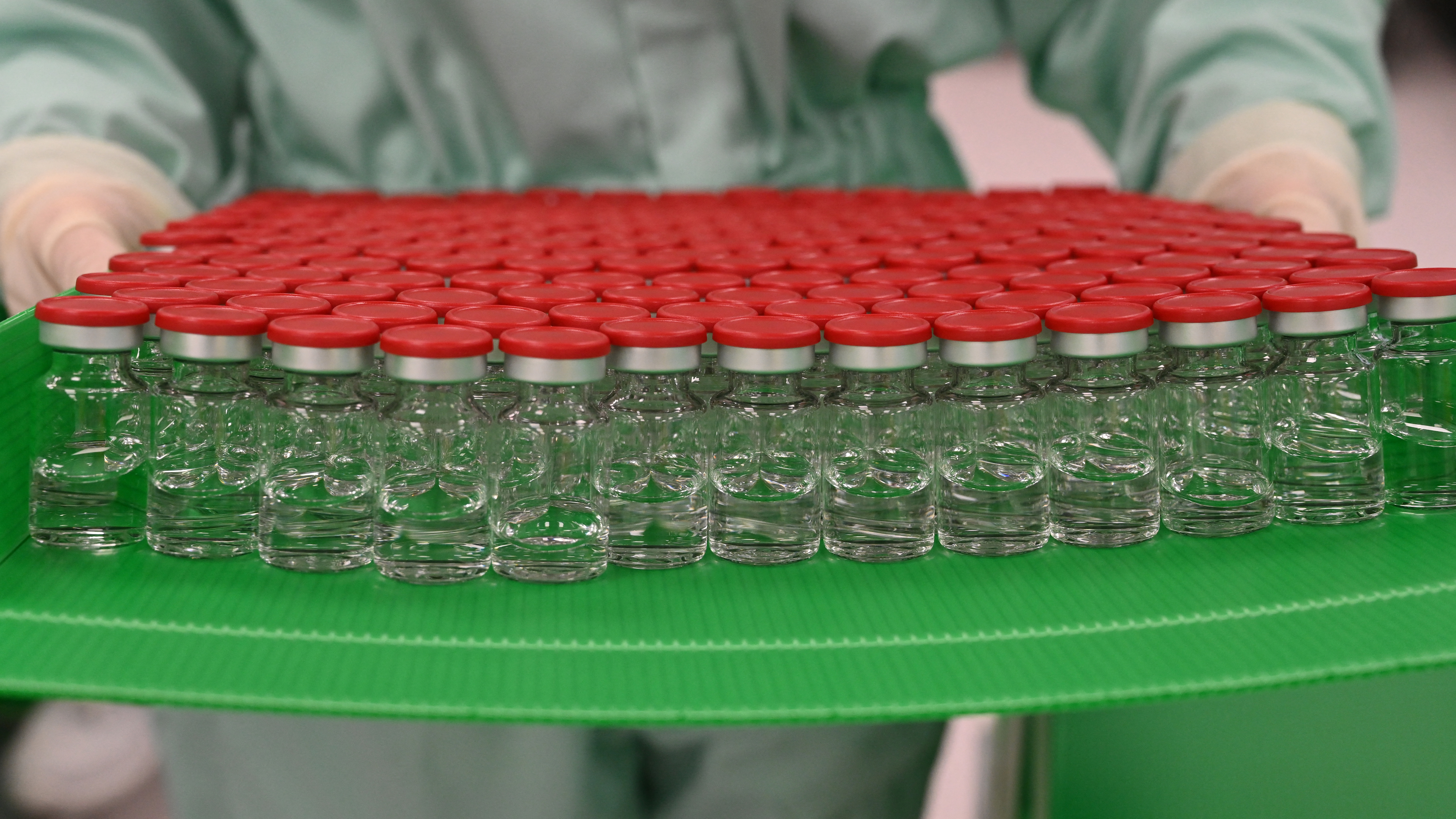 The vaccines need millions of specially made vials, like these in Italy / Vincenzo Pinto / AFP

The vaccines need millions of specially made vials, like these in Italy / Vincenzo Pinto / AFP

A broad disparity among vaccine producing nations has been illustrated by research which shows that the UK and U.S., which lead major economies in inoculating their own populations, have exported few doses. China, India and the EU, on the other hand, have offered large proportions of their production to other countries.

Despite a joint-statement on vaccine cooperation between the EU and UK last week, figures from Airfinity research show the UK has still exported zero vaccine doses. The UK and U.S. both do export key ingredients for the manufacture of vaccines, however. Meanwhile, China's four operational vaccines have been exported nearly as much as they've been given to people in China, with more than 114 million doses sent overseas.

The European Commission and UK government are trying to patch up a dispute over the share of doses which led Commission President Ursula von der Leyen to threaten to stop vaccine exports to the UK. London says the distribution of the vaccines is being made by companies according to contracts they have agreed.

The new data from scientific data analysts Airfinity shows the UK has not exported any vaccine doses.

Airfinity said their figures were put together from data and announcements on vaccine production and procurement, alongside official figures for injections given and goods exported (which are registered and released).

But the chart does not include supplies which have been finished but are not yet delivered. There are no figures available for Russia, which makes the Sputnik V vaccine. 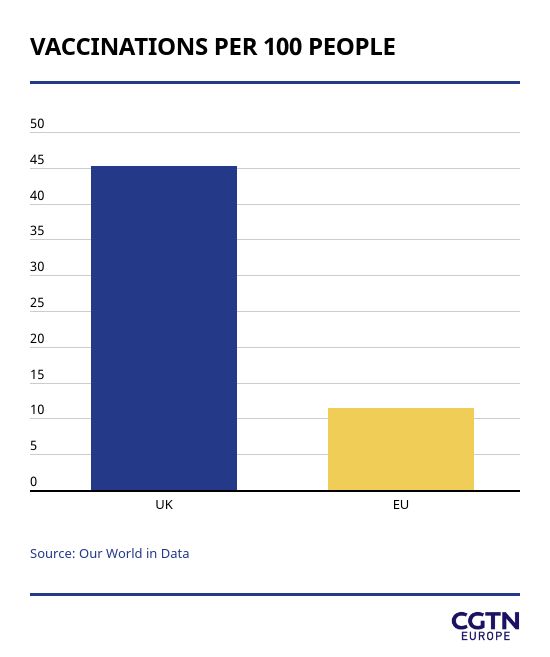 As well as vaccine exports, there's a big gap between vaccination rates in the UK and EU - but the UK are leading this metric.

While the UK has not exported any vaccine doses, it's offered at least one dose to half its adult population.

Across the EU, that number is far lower at only 11 in every 100 people. That's taking the bloc as a whole - rates in member states vary.

The international vaccine effort, COVAX, is supported by the UN, Gavi, and nations including the UK and European member states like Germany, as well as the bloc as a whole. While it has secured considerable funding pledges, it has struggled to secure actual supplies of vaccine.

The UK is the third biggest donor to the COVAX effort with $754 million.

Germany's contribution is less than half of that at $1 billion, while the EU has pledged $2 billion, and the US promised $2.5 billion. The Bill and Melinda Gates Foundation has also pledged over $1 billion.

So far, COVAX has delivered nearly 33 million doses of the various COVID-19 vaccines worldwide. That's the number of doses delivered to the countries that need them - not actual injections.

According to Gavi, the vaccine alliance, 28 million doses have been produced for COVAX by Indian facilities, and 18 million of those have also been exported to other countries.