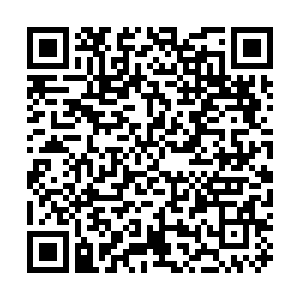 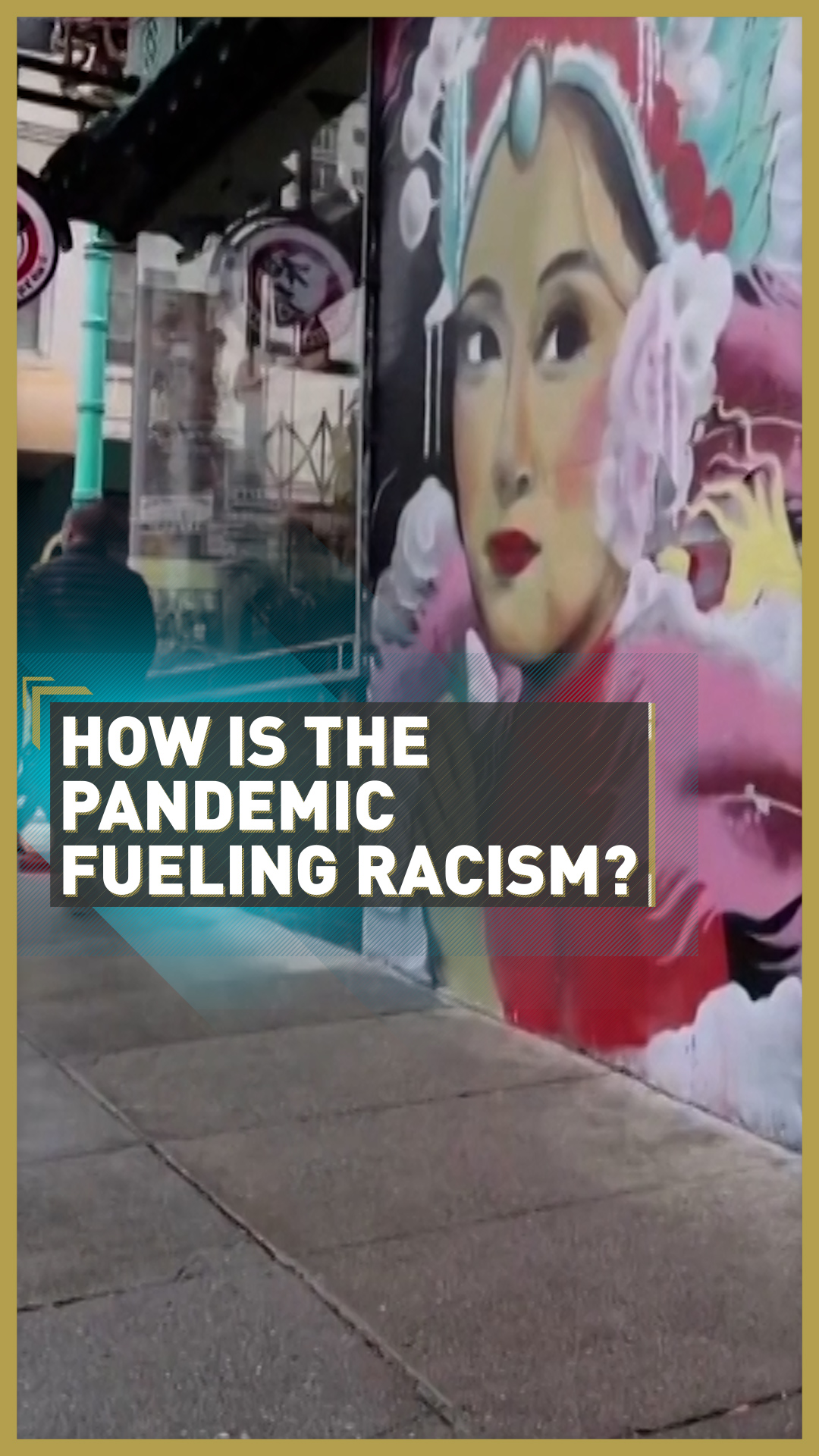 The UN Secretary-General Antonio Guterres issued a statement on March 22 expressing his profound concern over the rise in violence against Asians, and people of Asian descent, during the course of the COVID-19 pandemic.

"Thousands of incidents across the past year have perpetuated a centuries-long history of intolerance, stereotyping, scapegoating, exploitation and abuse," he said.

It came after eight people, including six Asian women, were killed in shootings at three different spas in the U.S. state of Georgia on March 16, by Robert Aaron Long, a 21-year-old white man. Police have charged him with eight counts of murder in connection with the three attacks.

In a report published this month, the Stop AAPI Hate Reporting Center documented 3,795 hate incidents aimed at Asian Americans and Pacific Islanders between March 19, 2020 and February 28 of this year.

CGTN Europe spoke with Arnold Ma – CEO and founder of Qumin, a digital marketing agency with offices in London, Shanghai and New York – to discuss the issue and explore a way forward.

"I think there's a distinct lack of representation for all minorities and racism is racism but the [current] situation might be slightly different," said Ma.

"I think a lot of this narrative came off the back of coronavirus by state leaders like Donald Trump and Nigel Farage, to almost blame China for the coronavirus in mainstream media."

'We are taught to keep to ourselves'

"The systemic racism isn't new," said Ma. "As an Asian, we are taught from a very young age to [keep] to ourselves, to stay out of trouble, focus on work and [studies].

"This is something that's culturally quite prevalent in the Chinese and Asian societies. So we focus on our professions and on [studying]. We almost learn to ignore the hate and racism, and suppress our own voices." 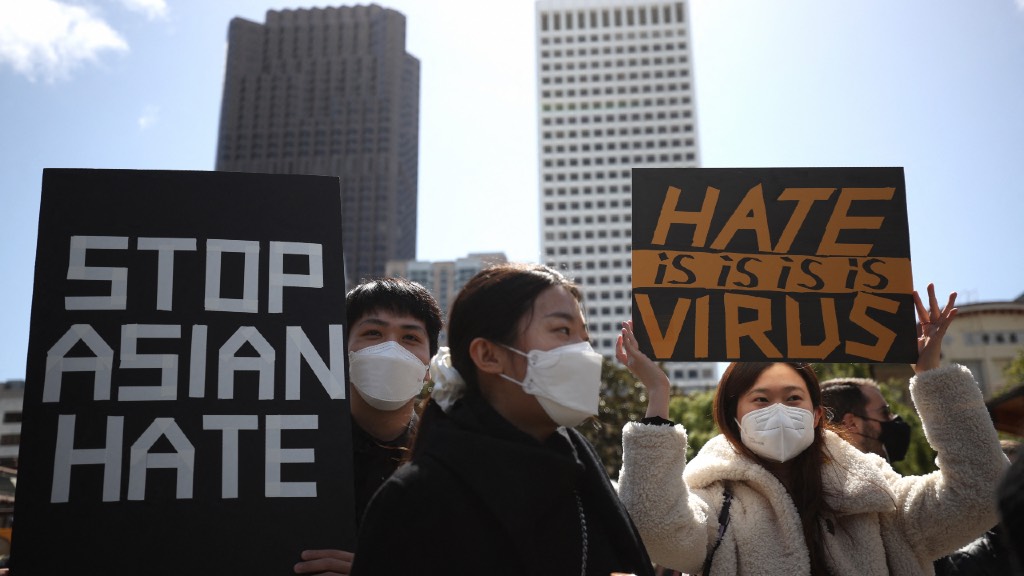 Ma says that this stoicism – or suppression – can have a cumulative effect.

"This [combined] with the recent narrative around coronavirus and the lack of representation in mainstream media, entertainment, politics, professions – all of these things create a lack of voice, and the lack of voice creates a lack of awareness. It perpetuates more hate crimes, micro aggressions, and it just builds up.

"I think the recent events are a cumulation of what's been happening over the past few decades. The systemic racism that happens is not just in America, but in a lot of western countries."

Is unreported racism a problem?

Ma believes that the cultural determination to carry on without complaining needs to stop, reasoning that only by acknowledging the problem can it be tackled.

"I just want to encourage everyone to report," he said. "I think all microaggressions need to be reported and sometimes the people who are most vulnerable, a lot of the elderly Asians in our community, they struggle to report because they may have a language barrier. They don't know how the system works.

"So it's really important that we, as a society, create the facility for people who are most vulnerable and not able to report to [be able to] readily do that." 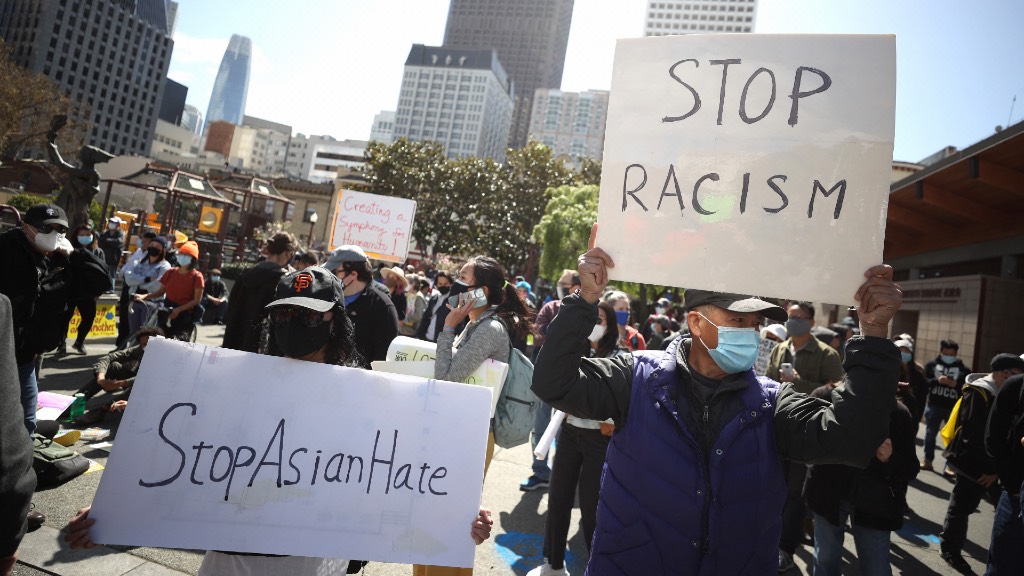 The UN Secretary-General Antonio Guterres has expressed his profound concern over the rise in violence against Asians. /Justin Sullivan/Getty Images via AFP

The UN Secretary-General Antonio Guterres has expressed his profound concern over the rise in violence against Asians. /Justin Sullivan/Getty Images via AFP

"This kind of microaggression, it all needs to be accounted for and reported because the more we speak out, the more voices we have, the more awareness there will be. That's the start of combating the problem."

What is the way forward?

Ma believes the problem requires positive action. "It's really important for us to rally everyone around us to fight for something rather than fight against something," he said.

"We want to be mobilizing, inspiring and providing a platform for professionals, for entertainers, for every Asian in the industry to speak up about their successes, about what they're doing to contribute to the society. And this [will be] the foundation of every Asian voice.

"It's not just about reacting to what's happening recently. It's a long-term plan to create a platform for people to speak up and integrate, inspire, educate.

"We want to come from a place of positivity because we believe that only then we can change the world to be a better place, where everyone feels safe to walk on the street, and everyone is integrated and happy."