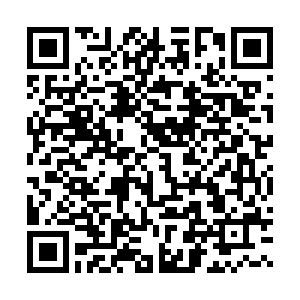 UK Prime Minister, Boris Johnson says he is "deeply concerned" by images of police arresting women at a vigil to commemorate Sarah Everard, a woman who was allegedly kidnapped and murdered by a serving officer.

However, Johnson and his interior minister, Priti Patel, are backing London's police chief Cressida Dick, who has been defending her force amid allegations of heavy-handedness. The incident sparked a national debate about the need for more safety for females subjected to male violence and abuse.

On Saturday, hundreds gathered on Clapham Common, South London, for a vigil to honor Everard, last seen nearby on March 3. She was found dead a week later. The gathering went ahead despite the official vigil being canceled amid concerns about COVID-19 transmission.

What followed were scenes of chaos. Police officers moved in, attempting to forcibly remove attendees from a bandstand around which flowers for Everard had been placed. The vigil soon became a protest as those gathered condemned the police and arrests were made.

Images of protester Patsy Stevenson being pinned down by police made front-page news, sparking outrage about the police's handling of what had been a peaceful event to condemn violence against women.

Dick has refused calls to step down, saying her officers had no choice but to enforce coronavirus restrictions.

"Unfortunately, later on, we had a really big crowd that gathered, lots of speeches," she said. "And quite rightly, as far as I can see, my team felt this is now an unlawful gathering, which poses a considerable risk to people's health." Police attempted to move mourners during the vigil. /Hannah McKay/Reuters

Police attempted to move mourners during the vigil. /Hannah McKay/Reuters

Mayor of London Sadiq Khan said the police's actions were unacceptable. But Dick retains the confidence of both Johnson and Patel, despite the latter launching an independent inquiry.

Johnson told reporters the inquiry would "look at exactly what happened in that vigil because I think a lot of people were concerned about that." Following the outrage, Johnson chaired a meeting of his Crime and Justice Taskforce on Monday to discuss measures to make Britain's streets safer for females.

Coincidentally, the Everard case and the subsequent protest come as the UK parliament is debating a wide-reaching new crime and policing bill.

Developed by Patel's ministry, the bill would grant police the power to break up protests deemed to be causing a "serious annoyance" to communities or businesses. Police chiefs could implement more conditions on static protests, setting noise limits and finish times, these rules would be applied to a demonstration by just one person.

More than 150 UK organizations have lobbied against the bill, releasing a joint statement warning it contains "an attack on some of the most fundamental rights of citizens."

The opposition Labour Party will vote against it, saying it does not do enough to tackle violence against women and outside parliament protesters have gathered, calling for MPs to "kill the bill."

Patel has argued the bill safely manages protests that "stop people from getting on with their daily lives." 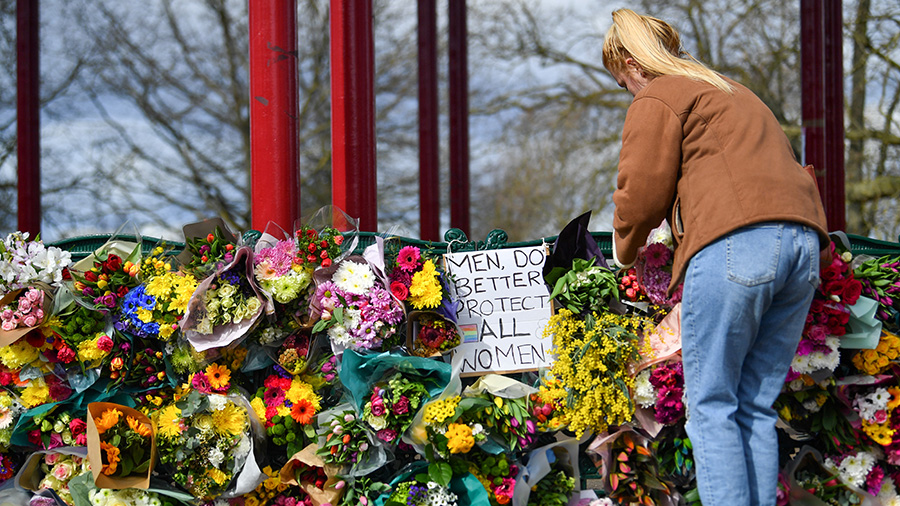 A woman brings flowers to the memorial site at the Clapham Common Bandstand. /Dylan Martinez/Reuters

A woman brings flowers to the memorial site at the Clapham Common Bandstand. /Dylan Martinez/Reuters

Everard's tragic case has highlighted wider political concerns within the UK. As the issue grows, people are continuing to come to Clapham Common to lay floral tributes to the young woman and to quietly reflect on her life.

The written messages alongside the flowers and candles sum up what so many are feeling: she was just walking home.